Within the framework of the project aimed at developing Slavonic universities initiated by the ministry of Education and Science of the Russian Federation the delegation of Peter the Great St. Petersburg Polytechnic University visited Russian Armenian (Slavonic) University. The delegation consisted of V.V. Glukhov, First Vice-Rector, S.B. Makarov, Director of the Institute of Physics, Nanotechnology and Telecommunications, and D.A. Firsov, Director of the Department of Physics of Semiconductors and Nanoelectronics.

We would like to remind you that the Polytechnic University provides high-quality expert support for two Slavonic universities, namely Russian Armenian University (RAU, Yerevan) and Belarusian Russian University (BRU, Mogilev). 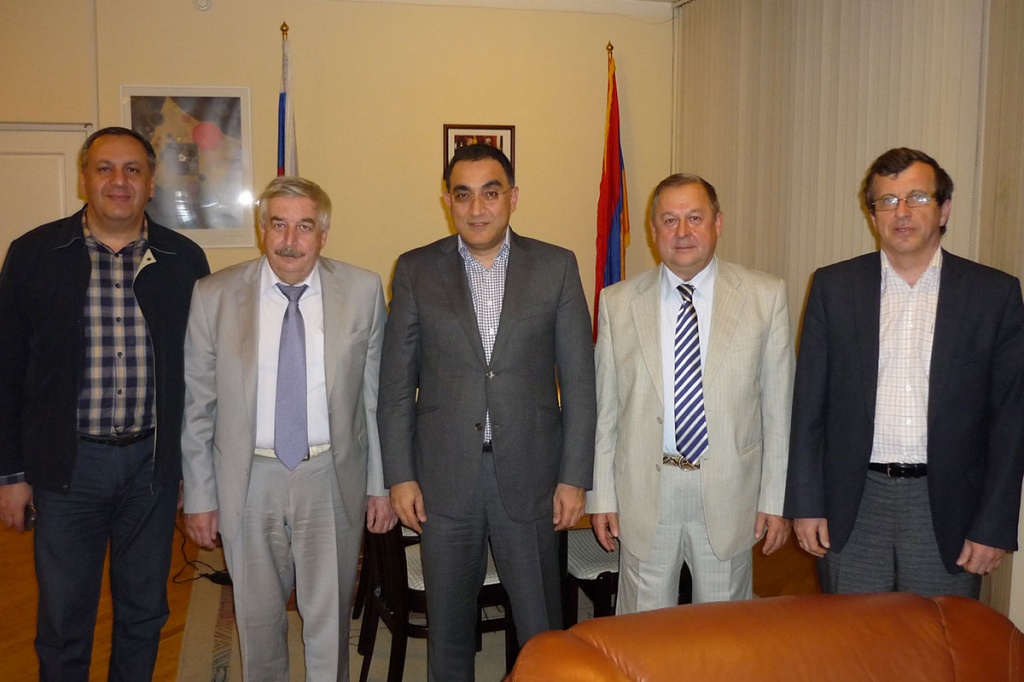 It was not the first trip the representatives of SPbPU made to RAU within the framework of this project. According to the previous agreements, SPbPU and RAU closely cooperate in the sphere of education (student and lecturer exchange programs, joint educational programs, etc.), as well as science and technology. For instance, the Institute of Physics, Nanotechnology and Telecommunications (IPNT) SPbPU and the Institute for Mathematics and High Technology RAU have agreed to set up joint master’s degree programs called “Microelectronics and Nanoelectronics” and “Materials and Technologies for Medicine and Biotechnologies”: the first academic year will be organized at RAU, while the second one and the graduation project at IPNT. The cooperation in the sphere of science and technology, for example, presupposes conducting joint research devoted to the current issues of electronics and nanoelectronics. The universities are also carrying out joint research in the sphere of aerial equipment and electronic devices for the diapason of the super high frequencies. The research results are regularly discussed and published in the leading scientific journals, and presented at international conferences.

Thus, during the visit to Russian Armenian (Slavonic) University D.A. Firsov, Professor of SPbPU, Doctor of Physical and Mathematical Sciences, made a plenary report at the conference Optics-2015 called “Observation of surface plasmon polaritons in GaN layers via reflection and emission of terahertz radiation”, and he also gave a series of two lectures: “The notion of semiconductor lasers via quantum wells” and “Quantum-cascade laser”. 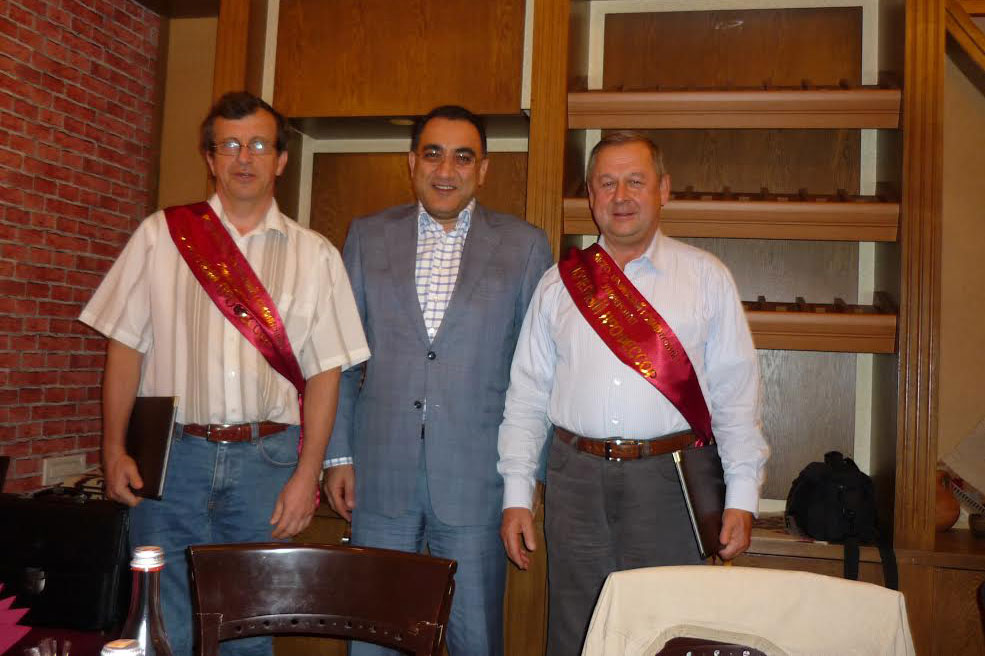 During the visit the parties discussed the results of their collaboration so far and they also made some plans for the future. In particular, they discussed the possibility of holding an innovation forum at RAU in the first half of the upcoming year, where the developments of the Polytechnic University and the Armenian colleagues are supposed to be presented. Besides, A.R. Darbinyan, Rector of RAU, suggested working out a collaboration program for both universities in order to encourage cooperation between Russian and Armenian industrial enterprises.

It should be mentioned that research in natural sciences is developing successfully at Russian Armenian (Slavonic) University, as it is very important to prepare specialists in the field of natural sciences, engineering and technology for economy as a whole. In addition, RAU enjoys the support of the National Academy of Sciences of the Republic of Armenia (NAS RA) as one of the most reputable universities of this country. Thus, during his visit to SPbPU in March this year R.M. Martirosyan said that he is “very happy that cooperation between our universities has been established, and I am ready to support such projects on behalf of the National Academy of Sciences of the Republic of Armenia” (R.M. Martirosyan meant three such programs in the field of physics, and medical physics in particular, which are already being implemented by IPNT SPbPU in partnership with RAU. – Editor’s note).

The visit resulted in establishing even closer scientific contacts with the colleagues from RAU. As it was mentioned above, natural sciences are thriving both at RAU and SPbPU. According to the senior management of the universities, it is at the very early stages of an educational system that one should start cultivating and nurturing future talents. During the visit it was also decided to write new course books together in order to enhance the quality of teaching physical sciences starting from school.

S.B. Makarov, Director of the Institute of Physics, Nanotechnology and Telecommunications and D.A. Firsov, Director of the Department of Physics of Semiconductors and Nanoelectronics, were granted the title of Honorary Professor of Russian Armenian (Slavonic) University for their outstanding contribution to the development of cooperation between our universities.