SPbPU delegation headed by rector Mr. Rudskoy was visiting Switzerland and Italy between 14th and 17th of March. 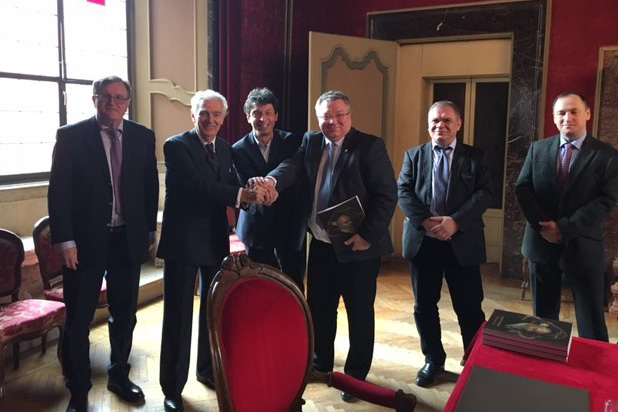 Starting their tour in Zurich on March 14th the representatives of the university visited the Swiss Federal Institute of Technology (ETH), one of the leading European engineering universities (8th position in QS ranking). The international ETH office hosted the negotiations between Mr. Rudskoy and chairman of the logistics control department of Management, Technology and Economics faculty Mrs. Bublu Thakur-Weigold.

Professor Thakur-Weigold has earlier given seminars at SPbPU, so she has a high regard for teaching methods and warm welcome received by foreign teachers. Drawing on personal experience she suggested that a joint research on logistics of car clusters and the sea port of St. Petersburg is carried out and that it is followed by a series of articles whose publication will have a high impact factor. Professor Thakur-Weigold pointed out that closer attention should be paid to the creation of business cases which may be used for training Swiss managers. She emphasized the superiority of the cases designed at SPbPU compared to international and other Russian equivalents, which is due to the fact that it is based on practical experience of Russian manufacturing companies. 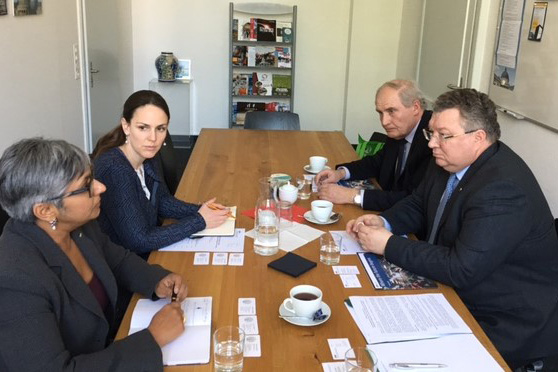 Later on when the meeting between Mr. Rudskoy and the president of ETH Lino Guzzella was held, the parties confirmed their intention to further the science and academic partnership stipulated by partnership memorandum 2013. There are areas of cooperation which are of great interest, such as design of the International Business degree program in English and double degree programs, promotion of student and teacher mobility, including the Erasmus+Mobility programs; semester student exchange and English Master’s programs, participation in student summer schools. 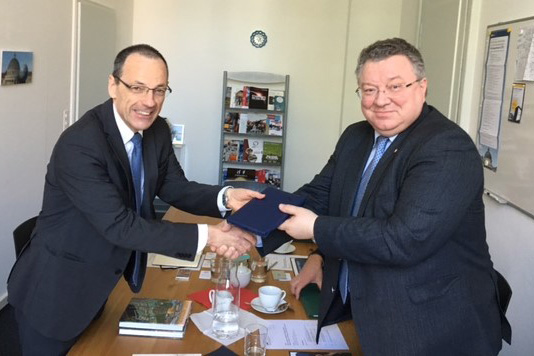 March 15th-16th the delegation went to Italy on a visit that was initiated by head of ArvediSpA Mr. Giovanni Arvedi, the Honorable doctor of SPbPU. The meeting agenda began with a visit to the concern’s main manufacturing locations in Cremona and an introduction to endless strip production (ESP). 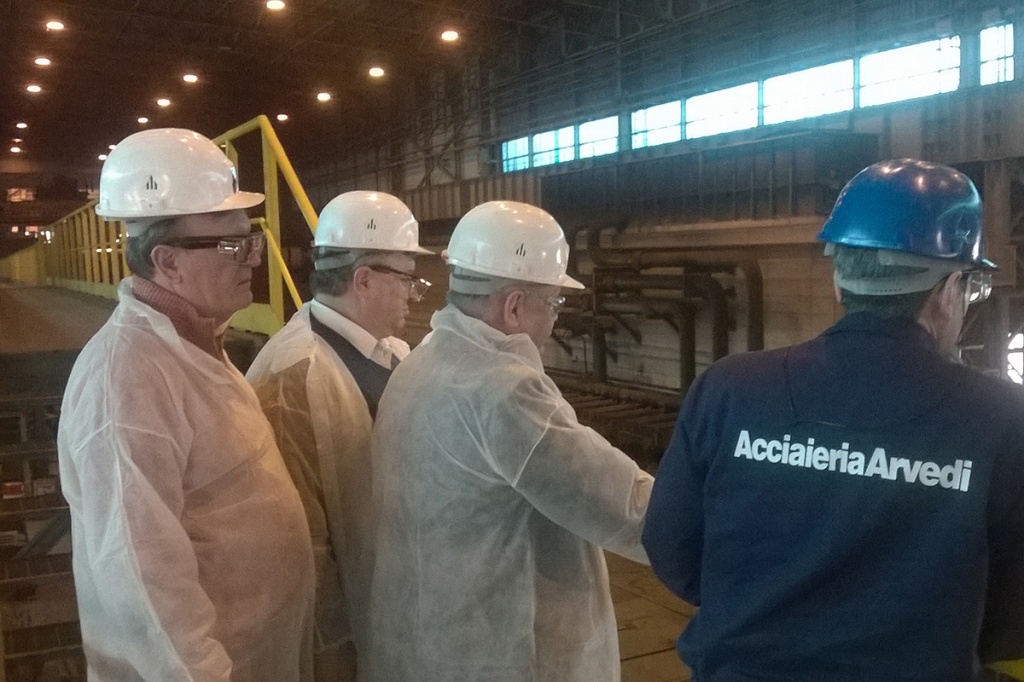 The delegation also stopped at the City Hall where it was hosted by the mayor of Cremona, professor Gianluca Galimberti, the meeting was also attended by Mr. Arvedi and the company staff. Mr. Galimberti spoke highly of the SPbPU-Arvedi cooperation. He was also content that SPbPU as one of the top engineering universities in Russia, was the partner of Italy’s industrial flagship headed by Mr. Arvedi.

Cremona is considered the world’s center of stringed instrument manufacture, especially violins. The Russian delegation had an opportunity to see the inside of Arvedi Laboratory for Non- invasive Diagnostics at the Violin Museum of Cremona. The staff of the Arvedi Laboratory of Cremona is composed of scientific personnel from the University of Pavia and Polytechnic University of Milan. They gave a tour of one of the workshops. 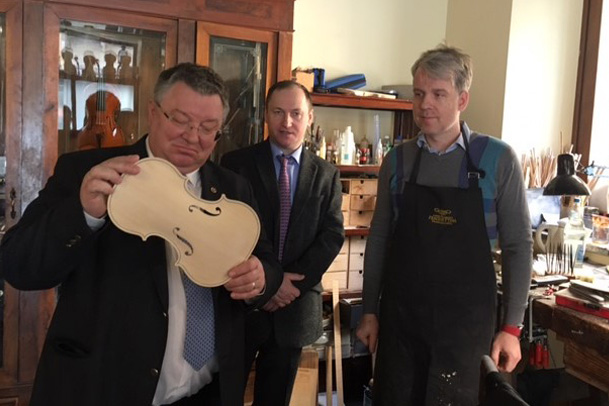 Thanks to the financial support offered by Mr. Arvedi a new sports center equipped with six football fields emerged on the outskirts of Cremona. It is open to the professional players of the local team as well as the young football generation. While meeting the executive team of the sports center Mr. Rudskoy was given a football shirt with a squad number 1.

On March 16th the parties signed an agreement that launches research cooperation between Arvedi SpA (ACCIAIERIA ARVEDI SpA) and SPbPU. The agreement specifies the terms of implementation of the international young scientists support program by ARVEDI and SPbPU whose length is 4 years. The program was conceived to foster effective teamwork of two research groups. Director of the Institute of Metallurgy, Mechanical Engineering and Transport Mr. A. Popovich approved of the preliminary list of research paper topics and staff members for each of the research groups of the department of Materials Research and Technology.

News of the visit of the Russian delegation to Cremona and the agreement between SPbPU and Arvedi SpA was covered by local media.

On March 18th the delegation visited the headquarters of the International Telecommunication Union (ITU), the agency of the United Nations in Geneva. The visit agenda included negotiations with director of the radiocommunication bureau Mr. Francois Ransy which were also attended by the bureau councilor r. V. Nozdrin. 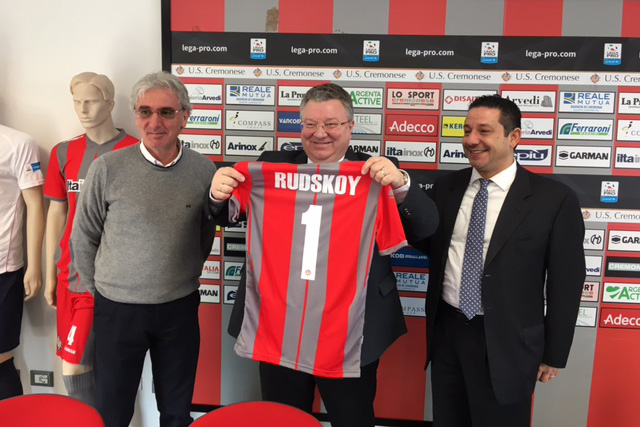 Over 135 top universities are members of ITU, among them the university of Tsinghua, Technical University of Berlin, Technical University of Lausanne. SPbPU was granted the membership in this prestigious organization in early March. Among the benefits of the membership are enhanced cooperation with state-supported organizations, leading companies and academic organizations, the right to have a say in standards setting (including university research and patents); access to new knowledge and technology, an opportunity to boost international image of the university, participate in local and international discussions and establish innovation partnership; gain access to the latest statistics and research results. 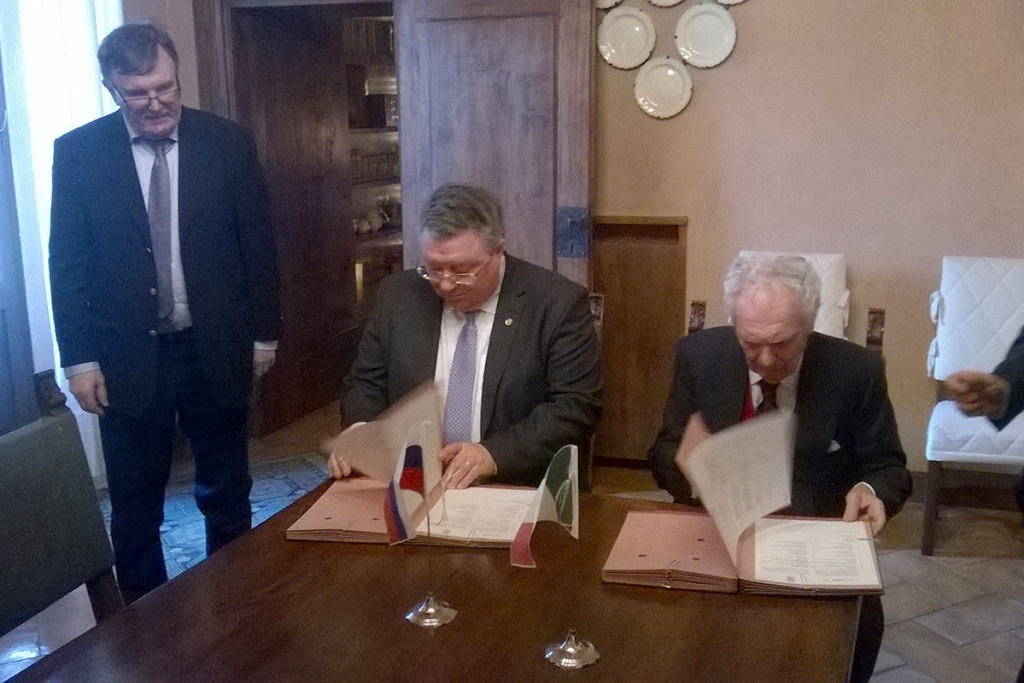 Mr. Rancy welcomes the SPbPU membership in ITU and hopes for the extensive contribution the university will make to the organization success. 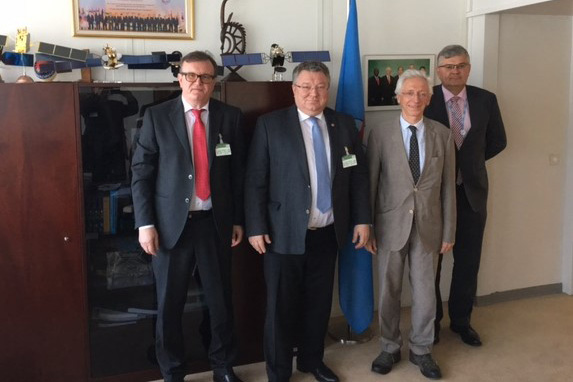 Mr. Rudskoy suggested that SPbPU may become the location for ITU international events. The suggestion was greatly appreciated by Mr. Rancy.