Visit of SPbPU representatives of to Karaganda State Technical University

The delegation of Peter the Great St.Petersburg Polytechnic University (O.S. Ipatov, Assistant Director for Relations with Defense Industry, and M.V. Okrepilov, Professor of the Department of Measurement and Information Technologies, the Institute of Computer Science and Technology (ICST, SPbPU) visited Karaganda State Technical University (KSTU). The visit lasted from 7th to 11th December and it had been timed to coincide with the International Research and Training Conference “Integration of Science, Education and Production as a Basis for Implementing the Plan of Nations” devoted to the 100th anniversary of the birth of Abylkas Saginov, a Kazakhstan scientist, Doctor of Engineering Sciences, Professor and Full Member of RAS. 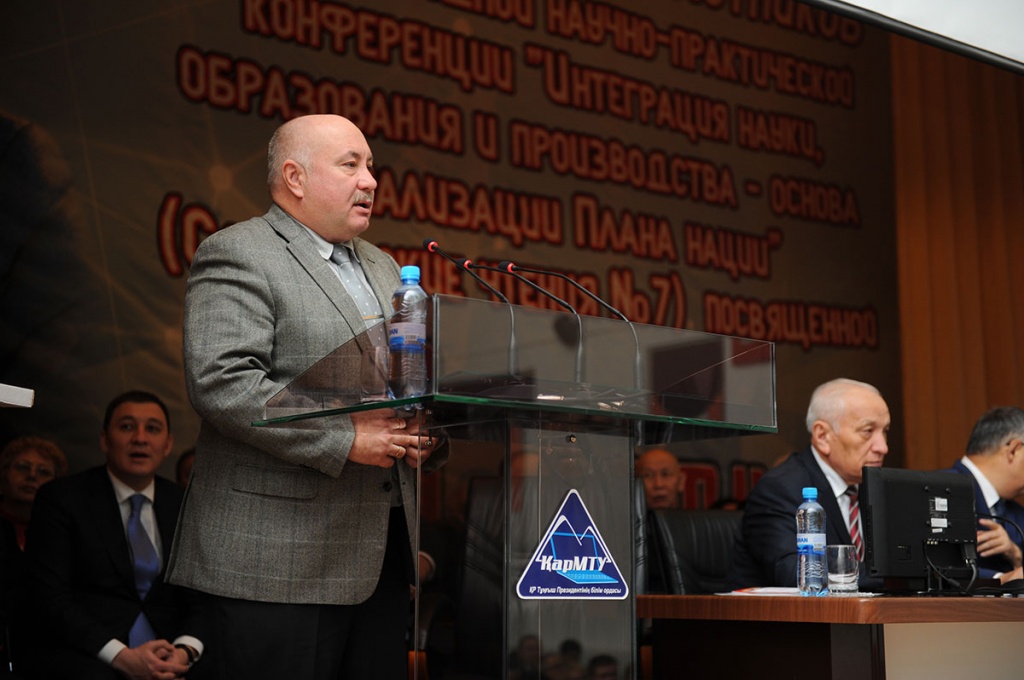 During the opening ceremony the participants were shown a video message from A.I. Rudskoy, Rector of the Polytechnic University. Andrey Ivanovich spoke about the brotherly ties between the peoples of Russia and Kazakhstan, as well as a close cooperation between our universities. Professor O.S. Ipatov presented souvenirs to A.M. Gazaliev, Rector of KSTU, and commented on the vigorous development of cooperation between our universities in the sphere of education and research in the last six months, since A.I. Rudskoy, Rector of SPbPU, visited KSTU.

Let us remind you that the meeting that took place at KSTU in July 2015 resulted in signing a program of cooperation between our universities. This program means developing modern distance and on-line learning within the framework of “Synergy” project; running master’s programs “Automation and Control”, “Mechanical Engineering”, “Metallurgy” administered with the help of the Republic of Kazakhstan the State Program for Innovative Industrial Development (RKSPIID-2); joint degree programs for the citizens of Kazakhstan; joint scientific publications and participation in scientific conferences. An agreement was also signed enabling the teaching staff and master's degree students of KSTU to attend trainings, and to invite the professors of SPbPU to help implement RKSPIID-2 project on the basis of master’s programs “Nanotechnologies in Metallurgy” and “Robotics. Control Systems”. 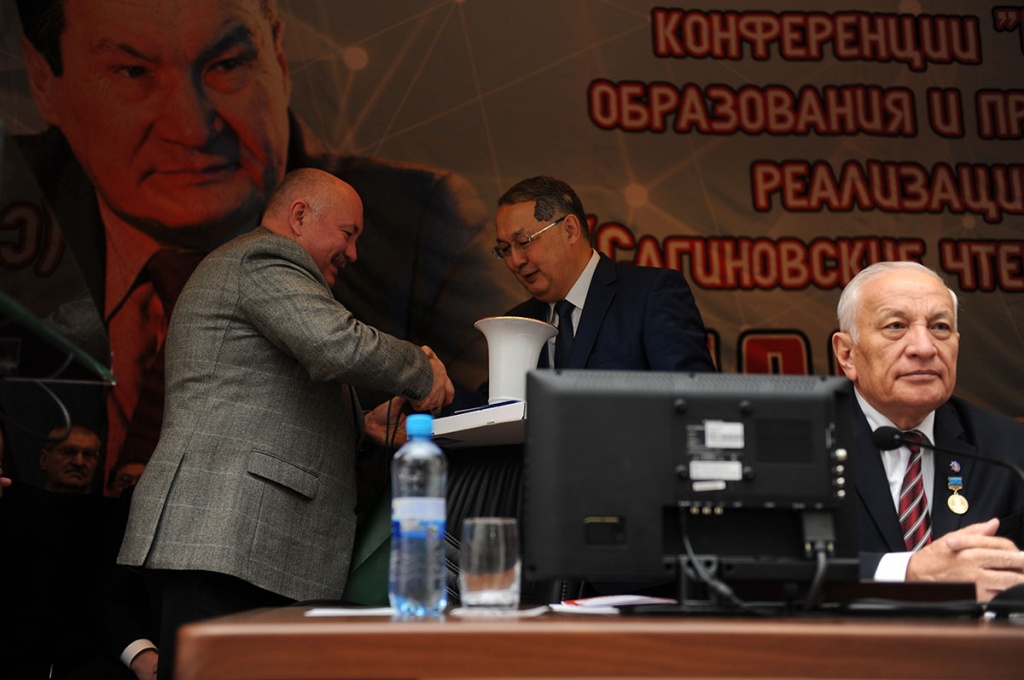 Within this period more than 30 master's degree students have done internships, more than 10 lecturers have been attending trainings in the sphere of production automation, as well as metallurgy and nanomaterials. The visiting professors from SPbPU have been delivering lectures at KSTU. The joint educational project “Synergy-FESTO” run by the universities together is worth special attention.

In response academician A.M. Gazaliev expressed gratitude to the representatives of SPbPU for their high appreciation of their joint efforts and showed his hope for even more active cooperation in the upcoming year 2016.