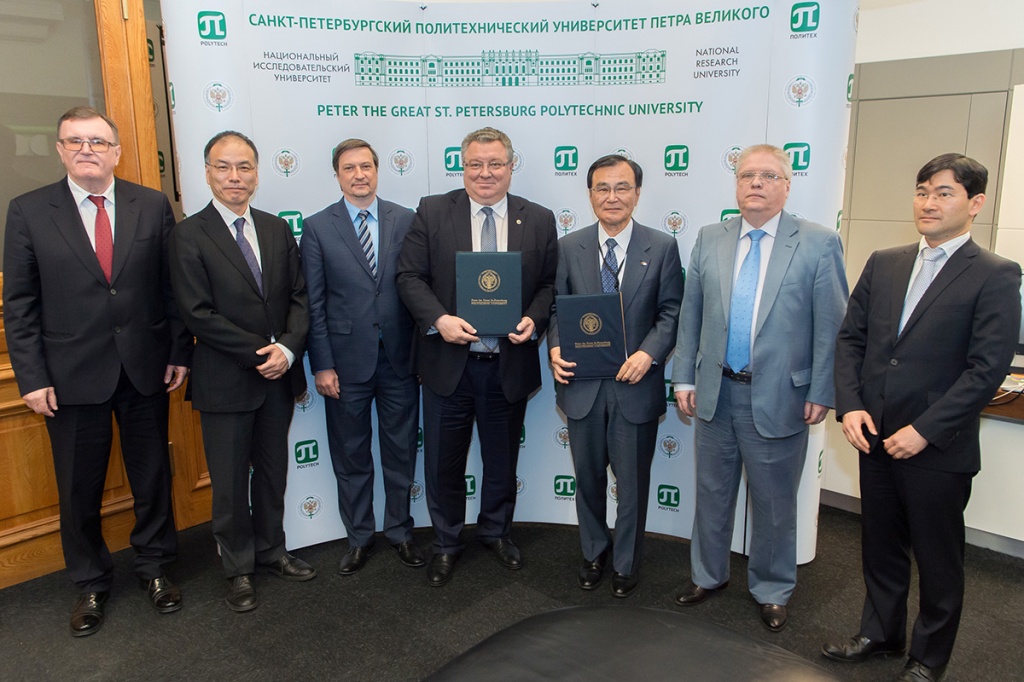 Russian and Japanese colleagues described the major functions of the universities they represented, their international involvement, measures taken for cooperation enhancement, and overlapping interests. As Mr. Rudskoy stated, the rapidly evolving diplomatic relations between Russia and Japan may positively affect cooperation between universities. Moreover, rector of SPbPU is convinced that the joint research conducted by universities plays significant role in consolidation of Russian-Japanese relations. The above statement is particularly true for semiconductor physics and nanoelectronics, engineering design, IT technology and life science. 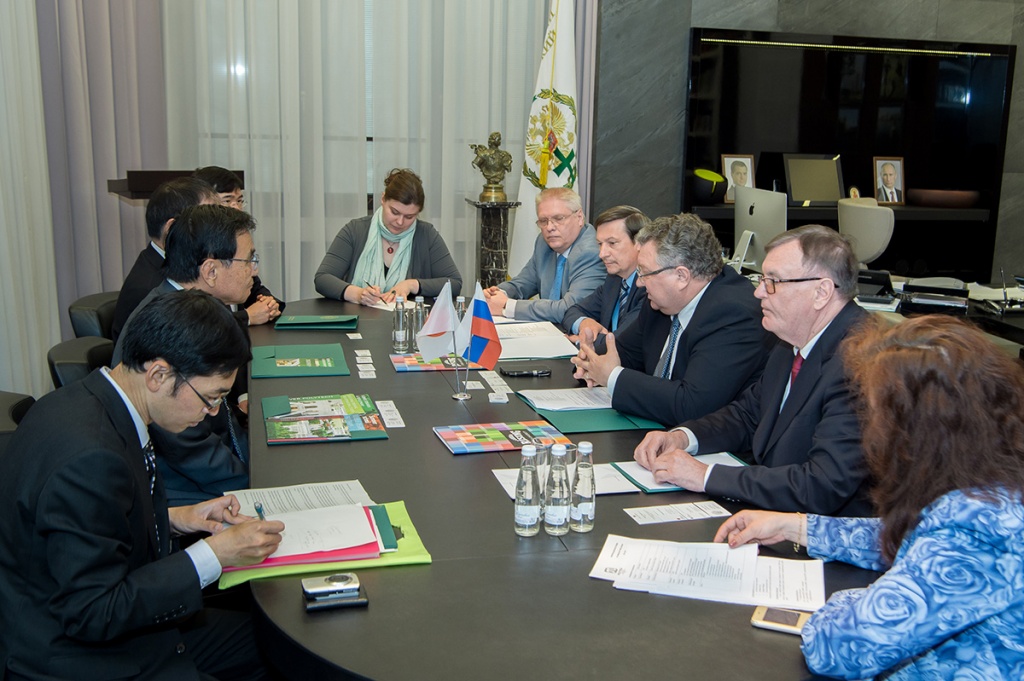 Japanese universities today do not only keep up with mainstream trends, they start them. Japan can pride itself on a high concentration of up-to-date laboratories, breakthrough inventions, and the quality of Japanese food, technology and education has won worldwide recognition. For many years the Country of the Rising Sun remained closed for international students, but now the doors of the majority of Japanese universities are open to youngsters from all over the world who wish to dedicate their lives to high technology, innovation and science. That is why establishing student and teacher mobility with Japan that will result in common research and publications is essential to Polytech these days. 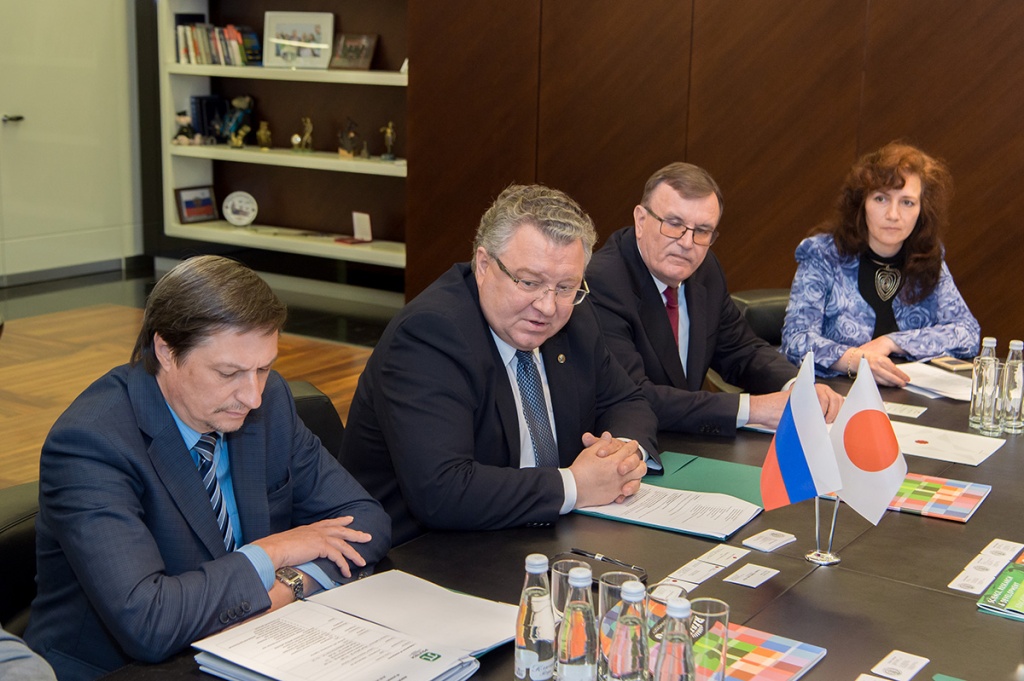 Once the agreement on cooperation and academic mobility was signed president of Chiba University Mr. Takeshi Tokuhisa remarked that it was a great honor to him. He expressed his profound gratitude to those who made this meeting possible for their hard work preceding the signature of the agreement. 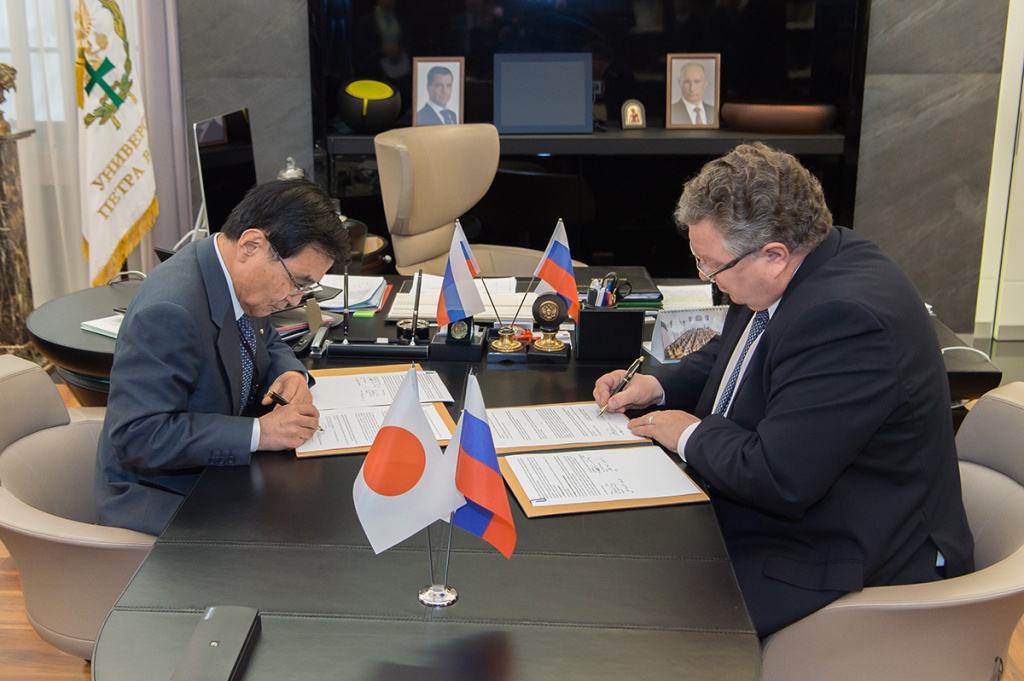 The visit of the Chiba delegation continued with a tour of the High School of International Education Programs. Director of the school Mr. V.V. Krasnoshchekov gave a tour of the international campus to the guests. The tour was followed by negotiations on academic mobility between the two universities. 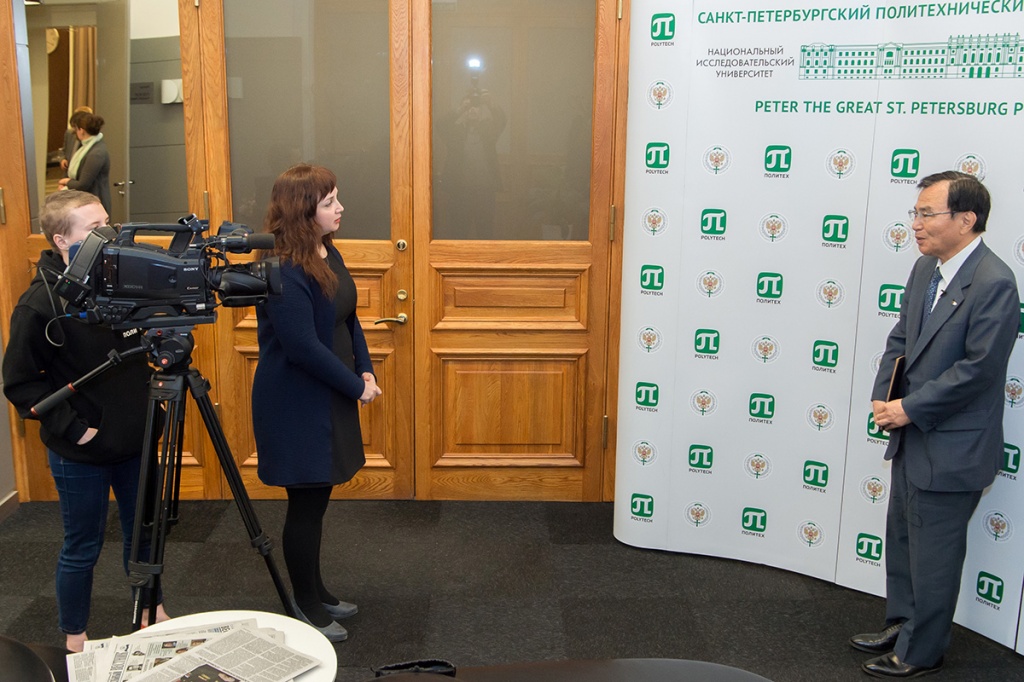 As has been mentioned earlier, the fields of study most favored at both universities are life science and biotechnology. The delegates took a genuine interest in the presentation made by Assistant director of High School of Food and Biotechnology Mrs. N.A. Poletaeva who told of the recent achievements attained in the field of food, ecological and agricultural technologies. The visit to the laboratory of molecular neurodegeneration made by the guests earlier helped reveal the biomedical component of the latest research carried out at Polytech. 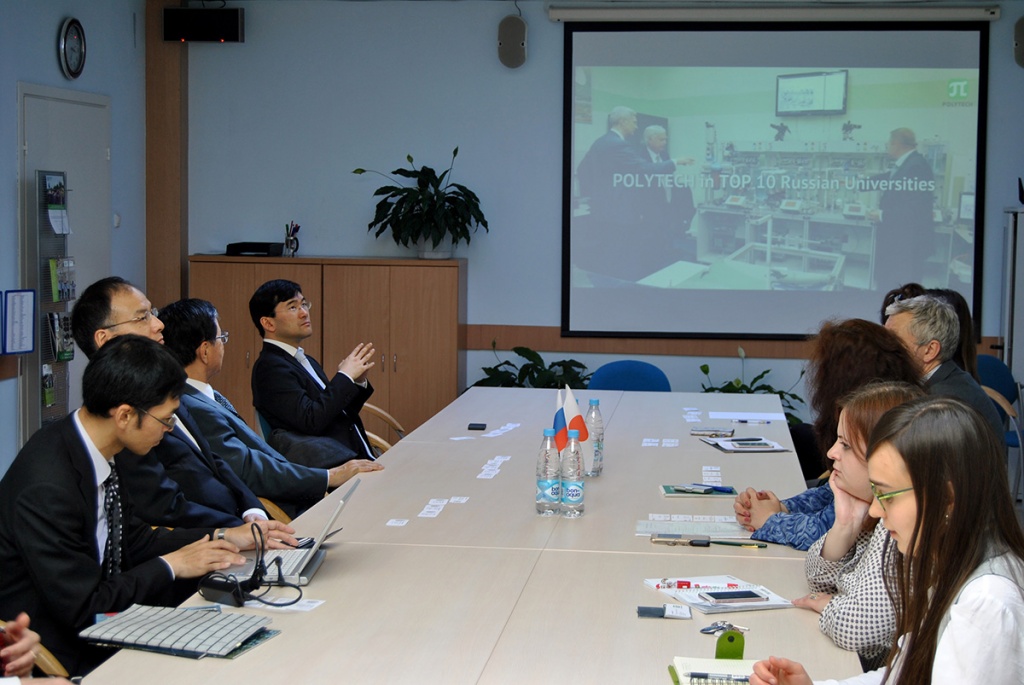 The Japanese colleagues expressed interest in both scientific and educational potential of the university, particularly in the International Polytechnic Summer School which had been attended by 10 Japanese students over the last few years. Despite the difference in the program duration (the Russian module lasts three weeks, whereas the module offered at the Chiba university lasts only 6 days), this is the cooperation area considered most beneficial by the Japanese partners. In fact, a lasting cooperation in education and culture calls for specific conditions that would enable young people to discover new values in the Russian-Japanese relations. 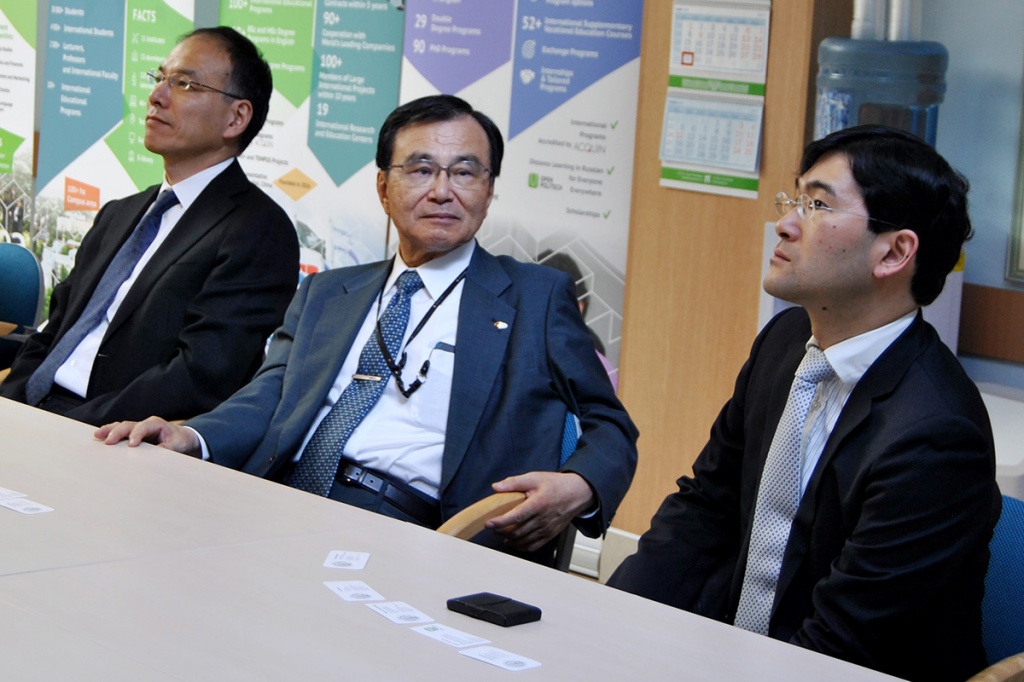 That is why the Summer School modules reflect the characteristics specific for each of the host countries: thus, Russian Summer School offers an opportunity to learn Russian language and become familiar with the traditions, political and business systems; in Japan students get to know the features of the modern Japanese society and even learn the basics of Japanese gardening. An interesting feature of the Japanese Summer School is the module dedicated to the composition of Japanese comics – manga, which is quite popular with Japanese young people.