Strategic Partnership as a Cornerstone of Sustainable Development of the University

Peter the Great St. Petersburg Polytechnic University has long shifted its international activity from initiative contacts in the field of education to extensive academic cooperation and comprehensive partnership. The university is open for cooperation and joint projects with other universities across the world. However, out of 300 foreign universities that SPbPU cooperates with, only a dozen have a status of strategic partners. N. V. Sokolova, Head of the International Academic Cooperation Department, spoke to the SPbPU Media Center about the meaning behind strategic partnership, how the Polytechnic University chooses its partners, and, most importantly, what benefits such interaction model brings. 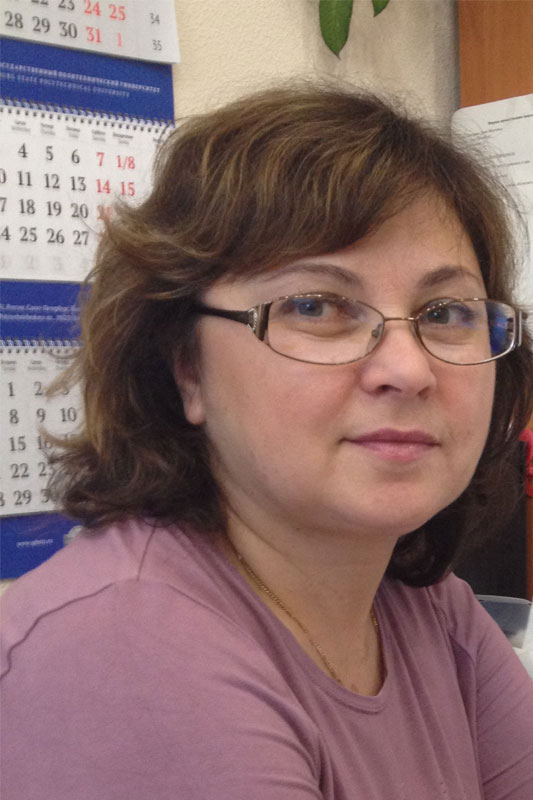 - The Polytechnic University has been officially using the term 'strategic international partnership' since 2012. Two years later, we conducted a research, defining our top-priority foreign partners (around 50 universities) and analyzing what this interaction model called 'strategic partnership' means to them. As part of the research, we summarized the experience of the leading foreign universities and developed procedures, model regulation, and regulations on interaction between our university and its strategic partners.

We took notice of how our foreign colleagues from the world's leading universities understand this concept. Swiss Federal Institute of Technology in Zurich, Royal Institute of Technology in Stockholm, Aalto University in Helsinki: by that moment, we've been cooperating with these universities for a long time. It should also be noted that we only had multidisciplinary interaction, which means several institutes worked in several directions. For example, the University of Hannover works with almost all our institutes and with the Library complex. We are engaged in multidisciplinary cooperation, which involves students, postgraduates, teaching staff, and scientists, and is facilitated at the management level by both universities. 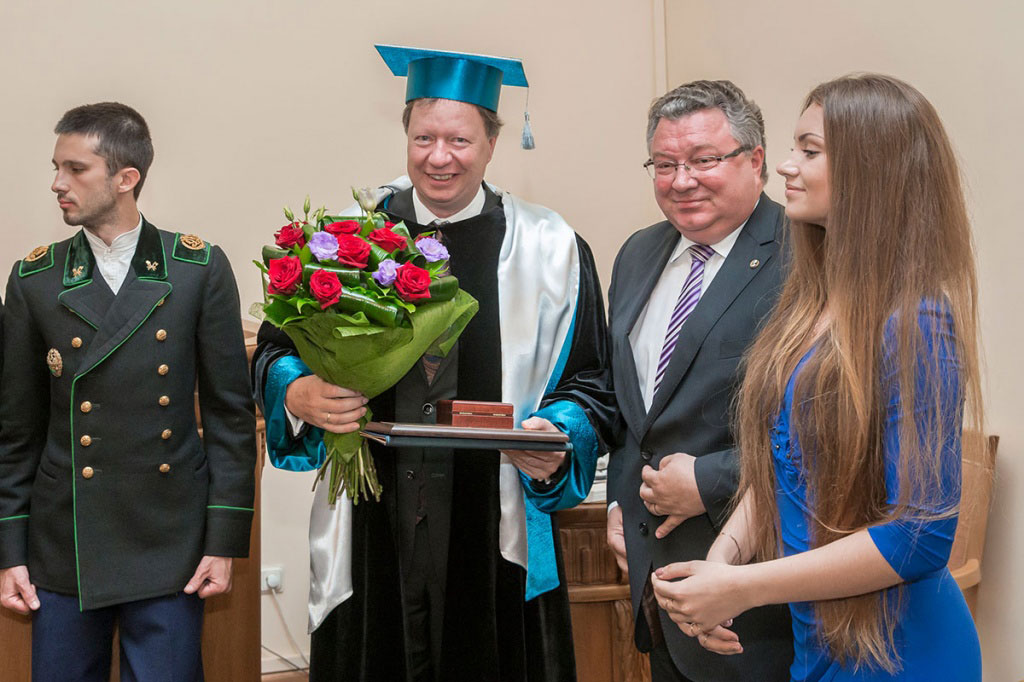 - So how do your foreign colleagues understand strategic partnership?

- In a nutshell, it is a particular form of interaction – multidisciplinary cooperation in many directions with carefully selected universities. They pick their strategic partners really carefully, assessing their overall status and capabilities. Strategic partnership is a concept for long-term cooperation aimed at joining efforts in order to pursue all kinds of interests of both parties.

- In 2012, we were approached by the representatives of the University of Hannover (we've already been partners since 1984), who offered us to file a joint application to the German Academic Exchange Service (DAAD). DAAD held a competition called 'Strategic partnerships and thematic networks'. It is remarkable that it was the University of Hannover that offered us strategic partnership, not vice versa. That was our first experience. Some time later, Graz University of Technology (Austria) approached us with a similar offer. 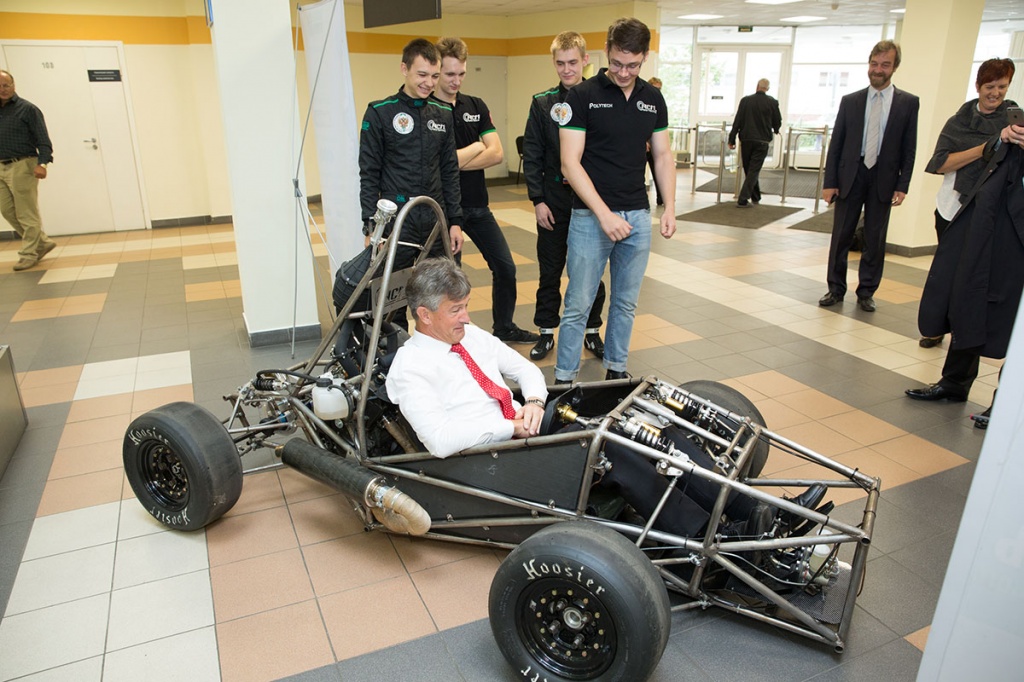 - Today, what other universities are our strategic partners, and do some of them have priority over others?

As for priority, there is no hierarchy: all ten foreign universities are our top-priority strategic partners. We value cooperation with each of them and are proud of it. It is especially true for those universities who has been our partners for quite a while. For example, Lappeenranta University of Technology, with which we have implemented 25 joint projects over 25 years of cooperation within the framework of European programs. With the University of Stuttgart, we have been working for the same 25 years. Also, I cannot but distinguish 30 years of fruitful cooperation with the University of Hannover and Graz University of Technology. And, of course, there is Tsinghua University – our partner since 1949! Many Chinese students who graduated from SPbPU went on to become renowned scientists, heads of universities and large industrial corporations in their home country.

- What kinds of projects can universities implement as part of strategic partnership?

- Such partnership involves a great amount of work. Heads of universities hold global meetings once or twice a year. There is also academic exchange at senior management level – this kind of meetings obviously require thorough preparation. Strategic partnership involves joint preparation and filing of grant applications; joint scientific research; and working with industrial partners in order to commercialize scientific developments. Thus, for many years, our university has had an agreement on turbines with the University of Hannover and OAO Klimov. Certainly, strategic partnership also involves extensive engagement of students, postgraduates, and teaching staff in joint exchange programs, conferences, research and practice seminars, and development of new educational programs. In this regard, Tsinghua University proposed to develop a joint program on the construction and operation of high-speed railways. We have at least three institutes – Institute of Metallurgy, Mechanical Engineering and Transport, Institute of Physics, Nanotechnology and Telecommunications, and Institute of Energy and Transport Systems – that can collaborate with our Chinese colleagues in this field.

Additional financing of strategic partnerships allows cultural exchange. Our choir, Polyhymnia, has had huge success in Graz, Stuttgart, and Munich. I turn, their musical bands come to us. Now choir visits is the first matter that rectors bring up during official meetings (Smiling.).

I would also like to emphasize that now there is special focus on support and motivation of young scientists' participation in international programs and exchanges. Development of support measures for students, postgraduates, interns, and young academic workers contributes to the formation of the next generation of Russian educational elite. For this purpose, a number of promotional events are being developed, which offer young academic workers the opportunity to serve internships at the world's major universities in order to nurture their skills and qualification and adapt to the international environment. What proves key in this matter is our university’s extensive program on inviting professors from the leading partner universities to give lectures in English on advanced subjects.

- Natalia Veniaminovna, how is the budget for strategic partnerships planned?

- At the Polytechnic University, strategic partnership with foreign universities is financed by the government, with funds coming from the 5-100 Project, and international foundations such as the German Academic Exchange Service (DAAD). For example, we have a program with the University of Hannover for 2012-2016, and our German counterparts offered us to file an application to DAAD for the prolongation of strategic partnership and its financing for the next period.

- Natalia Veniaminovna, you've mentioned that students and postgraduates are actively involved in exchange programs as part of strategic partnership. So the last question is what do foreign students think of the idea of studying in Russia, and what kind of feedback on their studies at SPbPU do you get?

- Believe me, young people are not intimidated by the complex geopolitical situation, harsh winter, or rainy Petersburg summer (Smiling.). Word of mouth also works perfectly among students. We have more and more foreign students coming each year. They particularly favor our summer schools. Thus, we have received over 200 summer school applications from the Polytechnic University of Milan alone after we had sent a delegation there to present our educational programs. That is even more than we can handle, so in 2015 we received only 72 Italian students, but I'm sure the rest will come next year. We had a total of 150 students from our strategic partners over the past year. Considering that strategic partnership agreements suggest a two-way student exchange, it means that the same number of our students went to study abroad. The feedback has been positive all the way.