Fellow of the Royal Academy of Engineering, Member of the European Academy of Sciences, Doctor Honoris Causa in Engineering of the University of Southern California (USA), Doctor Honoris Causa of the Russian Academy of Sciences - that is only a partial list of honors of Terence LANGDON, Professor of Materials Science, University of Southampton (UK). Professor Langdon has more than 1000 publications in peer-reviewed journals, more than 40,000 citations - his value of h-index is 102.The Scientific Council of SPbPU decided unanimously to award Terence Langdon, one of the world's most highly cited researchers in Materials Science, the title of Honorary Doctor of SPbPU. 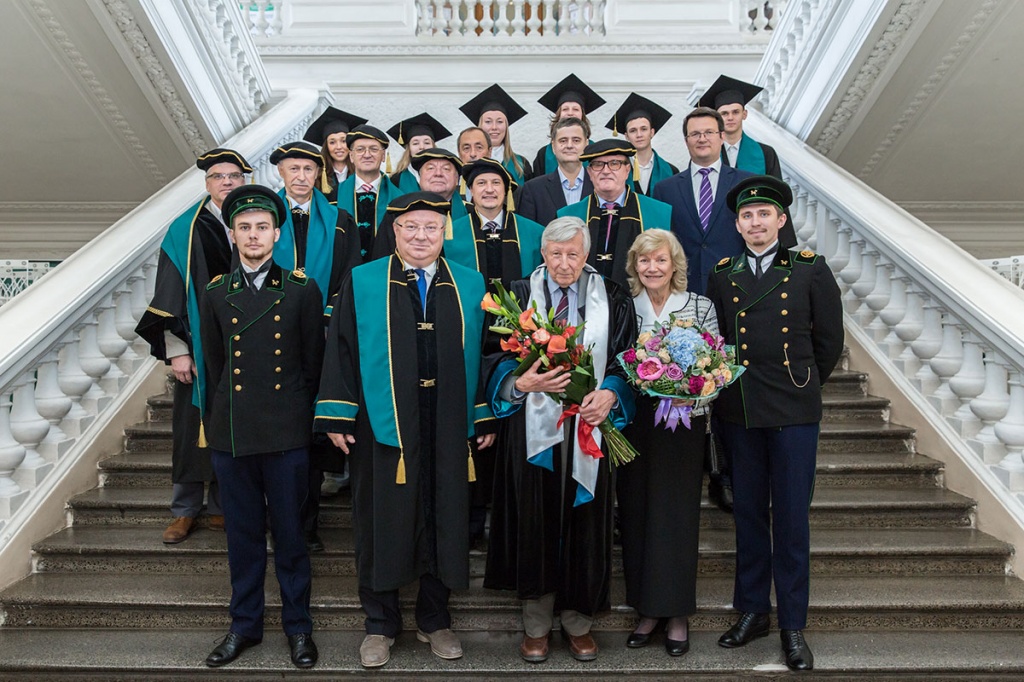 On June 15, the Conference Hall of SPbPU Scientific Council hosted the solemn ceremony to confer an honorary doctorate of SPbPU on professor Langdon. 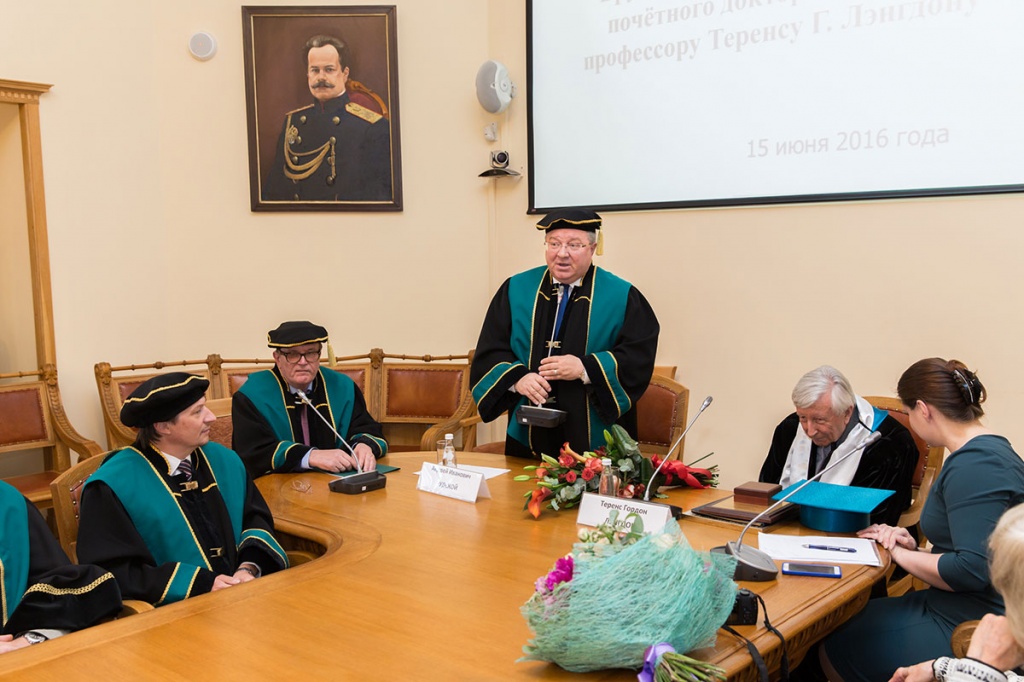 The climax of the solemn ceremony was granting professor Langdon an academic gown and a diploma of Honorary Doctor of SPbPU, with singing the student anthem “Gaudeamus" performed by "Polyhymnia" youth choir . 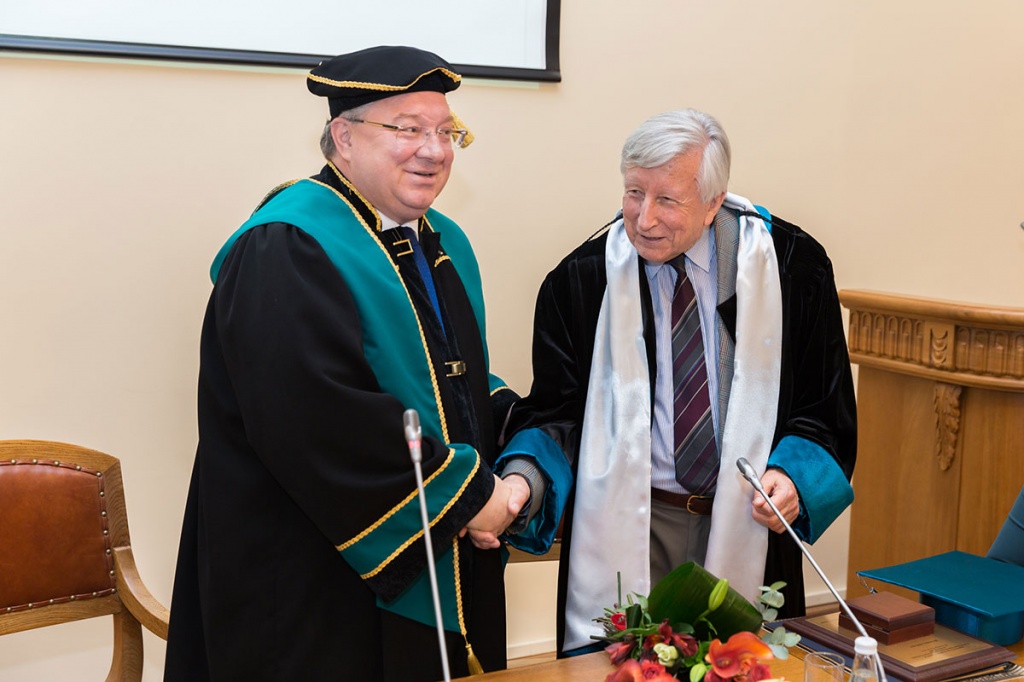 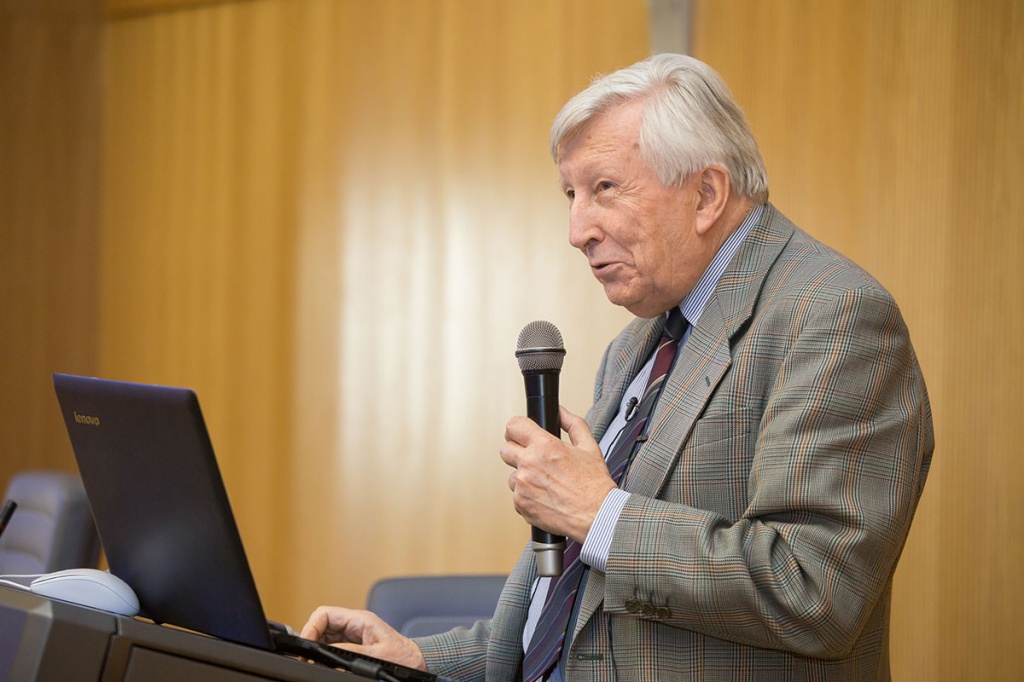 Finishing the ceremony, professor Langdon gave a lecture to SPbPU students on the topic "New properties of ultrafine grained materials and latest achievements in their formation".