Franck Leprévost, Vice-President of the University of Luxembourg: “Amazing Scientists Work in Russia and Great Students Study There – It Is Something to Be Proud of!”

Peter the Great St. Petersburg Polytechnic University has more than 100-year history, thanks to which a unique format of educational and scientific activities has evolved in the university: relying on traditions, it develops innovations - "knowledge of high achievements". Very young universities are also reaching great heights in the international educational space. Thus, the University of Luxembourg, established in 2003, entered the top 20 best young (under 50 years from the setting up date) universities of the world. , Professor Franck Leprévost, Vice-President of the University of Luxembourg, actively cooperates with the Polytechnic University. His meeting with the rector of SPbPU A.I. Rudskoy was held on the 26th of April. 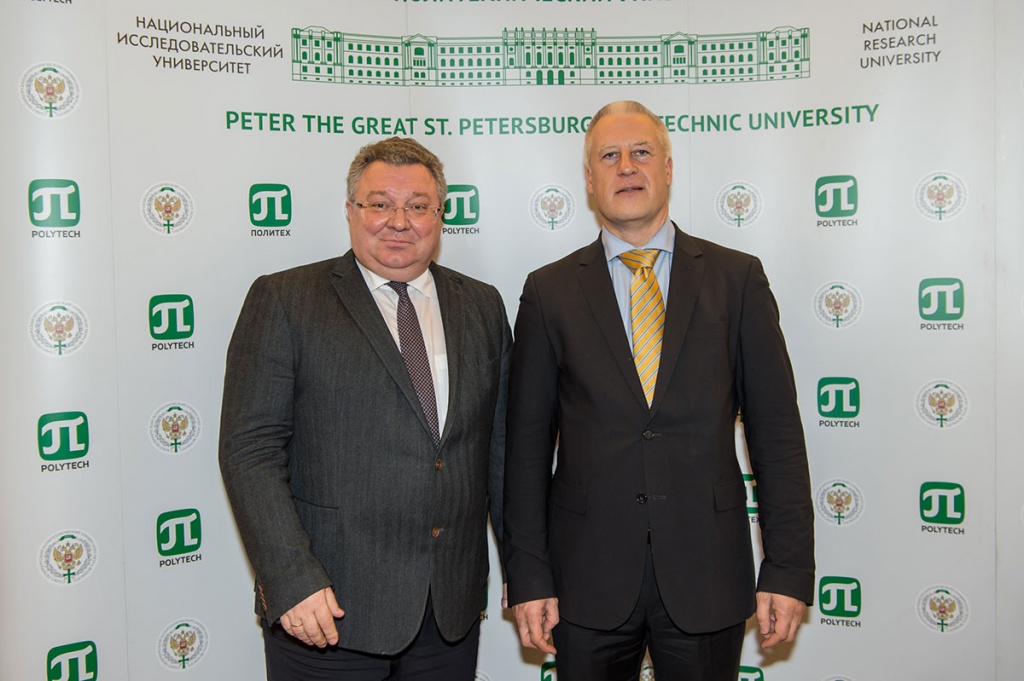 Franck Leprévost, as a visiting professor, will lecture to students of the Institute of Computer Science and Technology, SPbPU in 2016. The possibility of calling in the professor as an expert to the Project Office of "5-100-2020" Academic Excellence Program was discussed at a meeting at the rector's office on April 26.

SPbPU Rector A.I. Rudskoy and Vice-Rector for International Relations D.G. Arseniev told Franck Leprévost about the priority areas of development of the university, about the "5-100" Project and the role of rankings in the global competitiveness of the university. A.I. Rudskoy emphasized that participation in the rankings, on the one hand, was a competition and, on the other hand, a good challenge, which helped the university to develop. 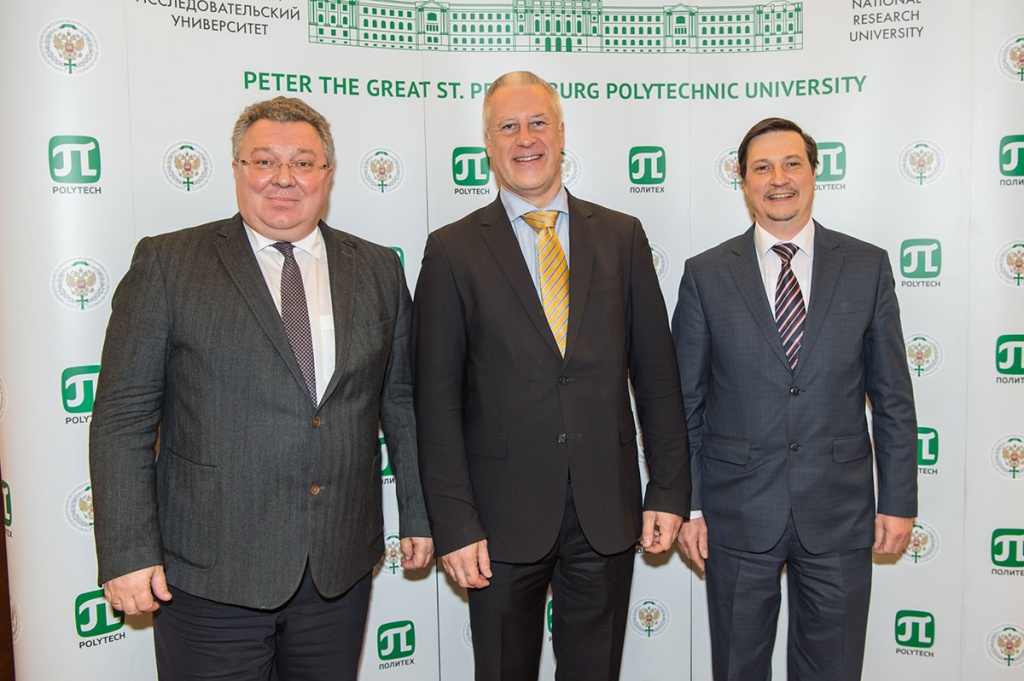 It is worth noting that the Polytechnic University and the University of Luxembourg actively cooperate under the auspices of academic mobility programs, in doing joint research, educational programs, training of graduate and PhD students. Two years ago the Memorandum of Understanding was signed between these two universities.

Franck Leprévost shows in practice the examples of cooperation between the two universities. The Vice-President of the University of Luxembourg came to SPbPU last November to discuss cooperation in such areas as: UNICA network and expert evaluation under THE World Ranking. Moreover, Professor Franck Leprévost acted as an international expert in university management and gave lectures to students of SPbPU.

"I hope that the relationship with SPbPU will develop exponentially: I have already lectured here and now I’ve met Rector Rudskoy and the team of the Program "5-100-2020” Project Office - we will continue to strengthen our cooperation in the future", - said professor LEPRÉVOST.

In his express interview to the correspondent of the Media Center, Professor Franck Leprévost, Vice President of the University of Luxembourg, described how his university had achieved such a high position in the rankings and how important it is to rank universities, and also shared his own impressions of the Polytechnic University.

- Professor Leprévost, the University of Luxembourg has taken the 14th place in the Times Higher Education 150 Under 50 Ranking, and thus has entered the top 20 best young universities in the world. How did the university manage to achieve such results?

- We are a very young university - our university is only 12 years old. I can highlight a few key factors that have helped us to achieve high results. First of all it is a merit of substantial state budgeting. Secondly, we have defined our mission, namely we want to become an international university, which is recognized all over the world because of successes in certain scientific areas. Our university has chosen five priority directions: two in fundamental science and three in applied sciences.

Our university is aimed at realizing its ambitions both in Luxembourg and all over Europe.

International budgeting, teaching and learning in multilingual surrounding, serious work in such scientific fields as informational security, telecommunications, neurodegenerative diseases and so on – all these things have helped us to reach good results in rankings.

And of course, the contribution of the university administration is huge. Our management system is not a common thing for the universities of continental Europe. Thus, president and vice-presidents of the university are appointed, not elected. It is the administration that has defined the priorities and thanks to significant budgeting we have managed to attract attention of outstanding scientists around the world. And indeed, we are an international university. We are the second university in the world by the number of foreign students according to the Times Higher Education Ranking.

- In your opinion, do all these rankings contribute to the competitiveness of universities?

- I believe that rankings help to increase the competitiveness of universities, but at the same time one should be very careful in the issues of rankings. They calculate the “DNA of a university”. A university should define its strong points and develop its individuality – only in this case the actually achieved results will be assessed in the ranking. But if the university relies just on rankings, it may lose its important and interesting features.

- Luxembourg has one big advantage – it is a tiny country. A little over half a million people live here. That is why for us everyone who is not a citizens of Luxembourg is a foreigner. So 56% of our students are foreign students. Only 12-13% of them are not citizens of the EU.

I gave my first lecture in SPbPU on September 2, so it was the students’ first lesson in the new academic year. My impression was very positive at once, that is why I made my mind to work in your university. According to the Times Higher Education Ranking, SPbPU is the second best Russian university, which is developing very fast. I think that Rector Rudskoy has a clear understanding of what the university is aimed at, what objectives it has and what scientific directions are worth relying on. I am very glad to be here, to observe the progress of the university and take part in this process. Russia is the largest country in the world, where amazing scientists work and great students study. It is something to be proud of!