The Visit of Rudolf Schilling, Professor of the Technical University of Munich, to SPbPU

Peter the Great St. Petersburg Polytechnic University closely cooperates with a range of the leading German universities. The Technical University of Munich (TUM) is one of them, being a “reference university for SPbPU” within the framework of 5-100 Project, i.e. it serves as a benchmark which helped to work out the strategy of developing the Polytechnic University. A few months ago A.I. Rudskoy, Rector of SPbPU, visited TUM and in March this year Professor Rudolf Schilling visited SPbPU; it was on his own initiative that the first cooperation agreement was signed between the universities in 2007. 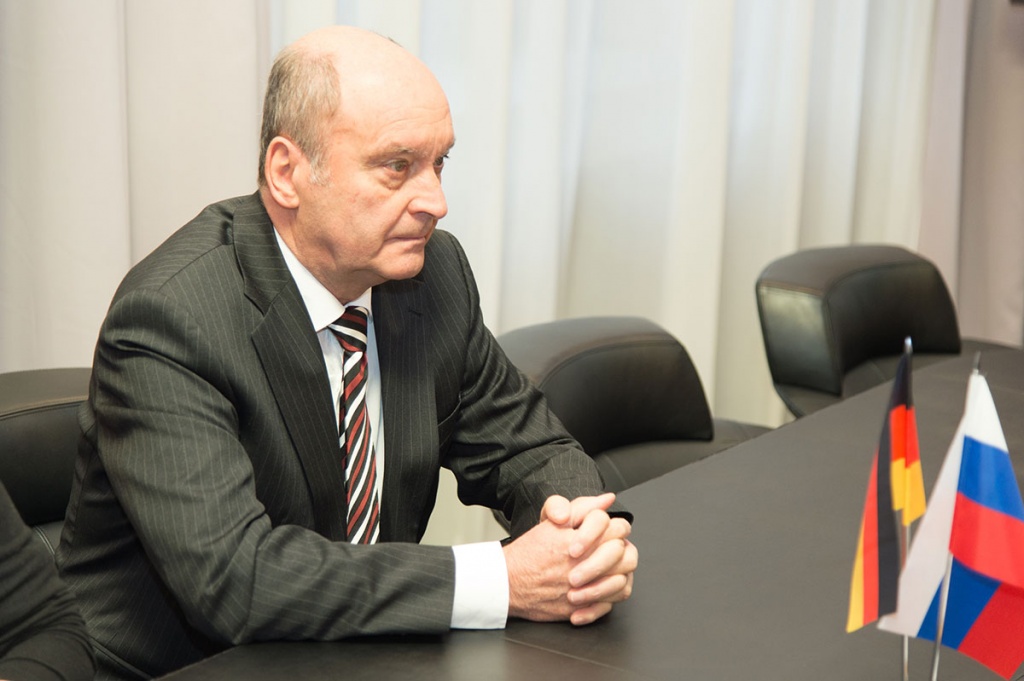 Rudolf Schilling is eager to show this close cooperation himself: he is going to deliver a series of lectures to the students of the Institute of Civil Engineering (ICE) and the Institute of Energy and Transport Systems (IETS) as a visiting Professor. That was why Professor Schilling visited the Departments of Energy Technologies (IETS) and of Hydraulics (ICE) in order to make the necessary arrangements. 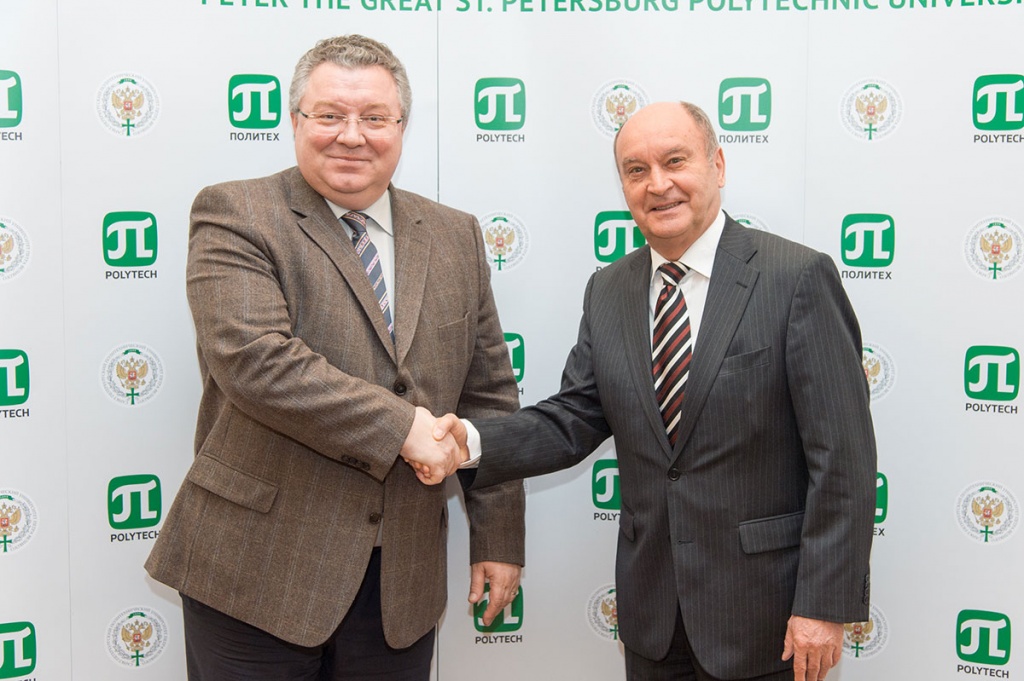 Rector A.I. Rudskoy welcomed Professor Schilling in person: the colleagues discussed the issues concerning the relationship between science and industry. A.I. Rudskoy and Professor Schilling communicated in German. A.I. Rudskoy expressed his gratitude to Professor Schilling, Honorary Doctor of SPbPU and a top-class professional, for his agreeing to deliver a series of lectures. “A close cooperation with the Technical University of Munich is one of the priority tasks for our university”, emphasized A.I. Rudskoy. “This is interesting not only from the point of view of the interaction between the universities, but also from the point of view of cooperating with such an economically influential region of Germany as Bavaria”.

In his turn Professor Schilling admitted that cooperation can be really useful from a global point of view as well. Bavaria plays an important role in German politics; as for economic development, this federal state enjoys a domineering position in Germany together with Baden-Württemberg, that is why it can be especially beneficial to cooperate with. “The main thing is to find the right ways to communicate and in this case strong ties will last a long time. I hope that the development of academic cooperation will serve this purpose in every possible way”, said Rudolf Schilling.

Supporting the idea of permanently looking for ways to use scientific achievements in industry, Professor Schilling helped the university to establish close ties with the SIEMENS Company and to hold a series of negotiations with BMW Research and Innovation Center. “In my opinion, engineering universities are a major platform for such cooperation as it is them that possess all the necessary resources to turn scientific discoveries into real technologies”, commented Professor Schilling. That was why during his visit Rudolf Schilling discussed in great detail with the corresponding Vice-Rectors of SPbPU the issues of expanding the spheres of cooperation between the Polytechnic University, the Technical University of Munich and the SIEMENS Company in relation to the priorities of the modern market in the field of digital production.

“I hope that my engineering workshop course will help to encourage young people “to build a bridge” not only between science and industry, but also between such longstanding partner countries as Russia and Germany”, added Professor Schilling.