Black Bears at the Student Basketball Association All Star Game

In January 2015, the best Russian student basketball players gathered in Nizhny Novgorod for an All Star Game that would see their victories go down in the history of rivalry between the teams of East and West. Thirty-six best players were selected out of 10,000 participants of the Student Basketball Association Championship, including Viktoria Ivanova, student of the Polytechnic University and player of the Black Bears women's basketball team. Black Bears coach K.A. Volodin also received the honor of taking part in the All Star Game as a member of the West team's coaching staff. 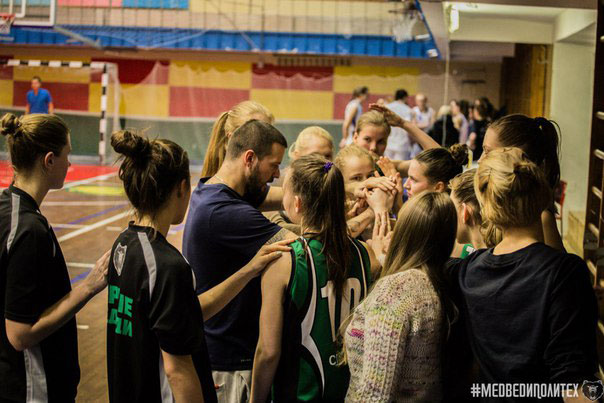 In 2016, the All Star Game was held at the Nizhny Novgorod Palace of Sports Nagorny with the support of the VTB United League, Nizhny Novgorod basketball club, and Lobachevsky State University of Nizhni Novgorod.

The West and East teams included 18 players (12 men and 6 women), each of the team led by three coaches. The game itself was quite unusual: men played in the first and fourth quarters, women played in the second quarter, and the third quarter was played by mixed teams. The West team won 90:84 in a fierce, spectacular battle, thus closing the gap in the seven-year rivalry, making it 4:3. 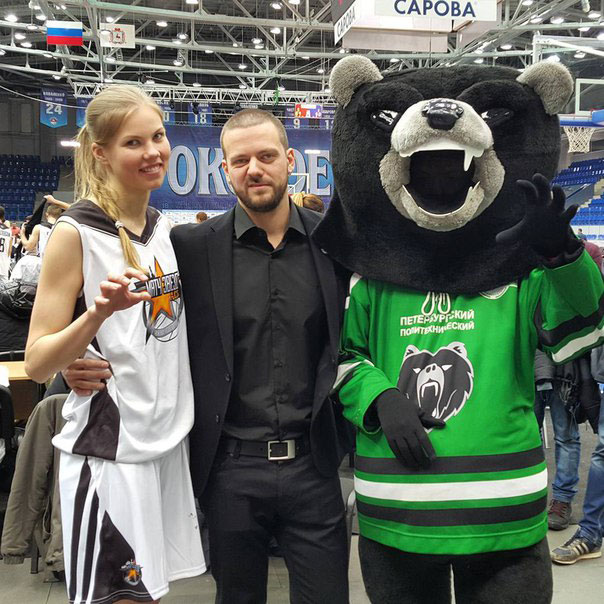 SPbPU student and All Star Game participant Viktoria Ivanova shared her impression of the game: "I really liked the way it was organized, especially that the All Star Game was a part of the training camp. This is a whole new experience! The training process was exciting; the players were giving it all for the victory!"

Women's basketball team coach K.I. Volodin referred to the All Star Game as the most impressive event in student sports. "Taking part in the All Star game is a great honor and important experience for both players and coaches: you get the opportunity to mingle with your strongest colleagues from other regions. It has been very interesting for me to see how coaches of other teams’ work," Kirill Aleksandrovich explained. "The game itself was also spectacular. It was an open game, and the fourth quarter was really intense. There were a lot of spectators as well! It was the first time I've been in a game with so many fans in the stands.

During the breaks, there was a traditional show involving a three-pointer contest and cheerleading.

Aside front the game, the participants could engage in a number of other activities, such as training sessions with the players and coaches of the Nizhny Novgorod basketball club, master classes for institutionalized children, and a seminar for managers of student basketball clubs.

Head of Black Bears Yegor Radchenko took part in the Student Basketball Association School of Management. The participants had the opportunity to ask the speakers questions about their practices, career, and the measures that must be assumed to take their team to a whole new level of quality. "I like how everything is organized: the arena itself, brilliance of the hosts, cheerleaders, and mascots. I know that Nizhny Novgorod supported this initiative just a month ago, and organizing an All Star Game in such a short term is great!" Yegor Radchenko admitted. "I learned a lot here, filmed many things, and now I want to persuade certain managers into cooperation with the Polytechnic University. Student Basketball Association is a growing trend. We obviously need more events like this one!"