Polytechnic students are winners of the Russian Swimming Cup

The final of the Russian Swimming Cup was took place in Obninsk on October 2 - 4. The best athletes of the SPbPU team took part in it, namely, silver medalist Alexander SHCHEGOLEV and bronze medalist Daria USTINOVA. 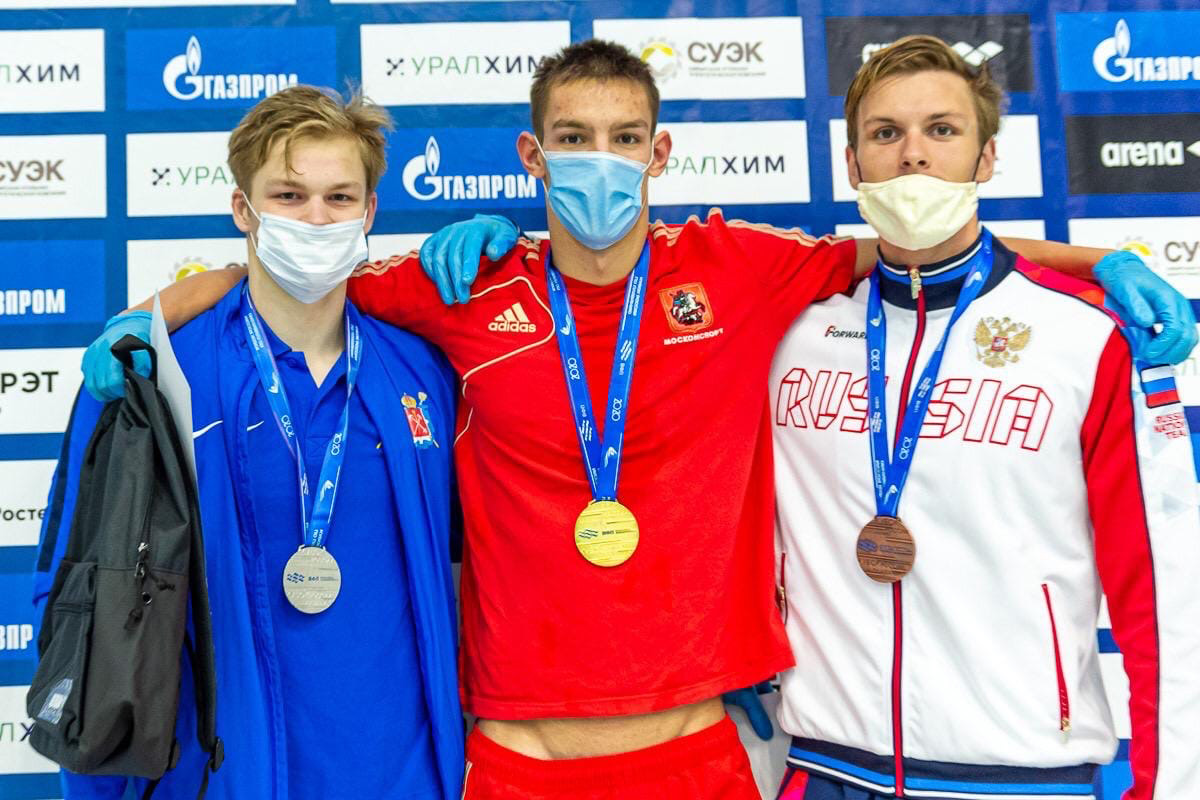 In the final at their distances, our swimmers significantly improved the results shown in the preliminary heats. In the final swim at a distance of 200 m freestyle with a result of 1.47.97 seconds, Alexander SHCHEGOLEV won the second place. It is worth noting that our athlete recently received the official title of master of sports of international class, with which we congratulate him from the bottom of our hearts. By the outcomes of the competition, Daria won third place in the final 100 m freestyle swim with a result of 54.83 seconds. After the first swim, the athlete shared her impressions: “It’s incredibly joyful and cool to compete again and remember these feelings. We were on self-isolation for a long time; then we started to train a little. It was a difficult period for everyone. For such a busy state, which we are in now, these are good results. Today, of course, not everything worked out: the goal was to swim at the best result, but I had problems with the turn. I lost a lot at the turn, started to catch up, caught up, but then it was very hard... Now we will sort it out with the coach what happened there.”

Our athletes said that despite the absence of spectators, they felt the support of coaches and other athletes. Daria USTINOVA noted: “Of course, there were no spectators who would shout and cheer for us, and we are really looking forward to this, because support is essential for us.”

We congratulate the athletes and rejoice at the victories together with them. Keep it up!