Polytechnic team is the leader of Saint Petersburg student football 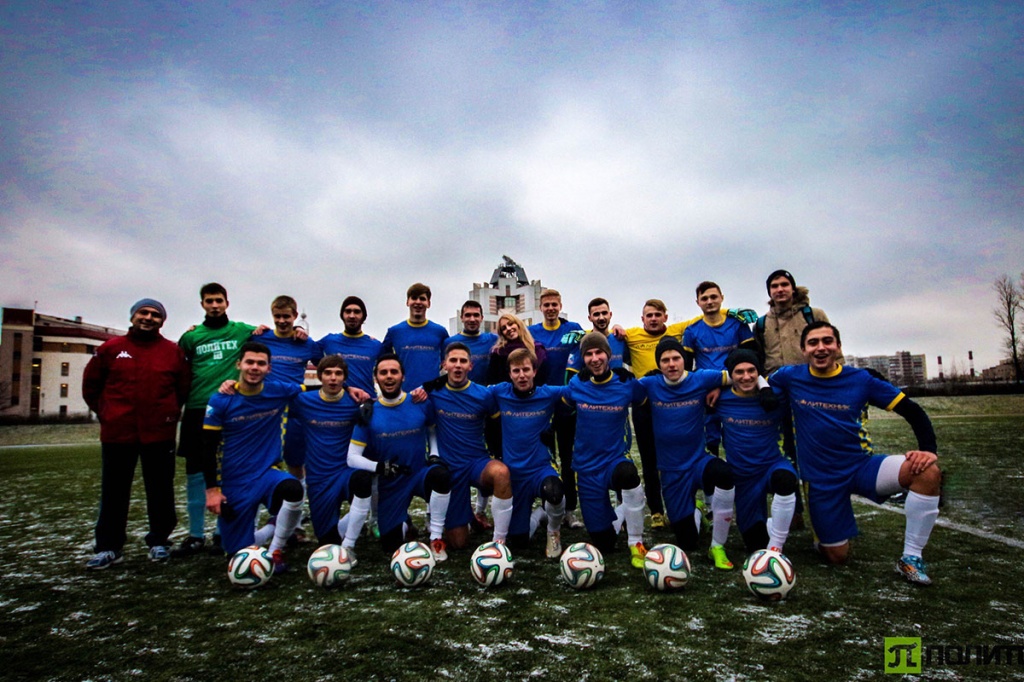 The overview of the Football Championship main match between the Polytech and the Technology and Design University teams, which aimed to find out the leading student team of the city, could be started with such a preview: rain, wet grandstands, refreshing chill, grey sky and almost no spectators. Nevertheless, the match turned out to be quite eventful. Players competed in spite of rain and cold. Timur Guseynov opened the scoring by shooting the first goal into the opponent's goal in the eleventh minute. Teams actively defended their goalposts in the remaining time of the first half. The score remained the same to the half time - 1:0 in favor of the Polytech.

Polytechnics fixed the result by shooting three goals during the second half. The second goal was shot into the goal of the Technology and Design University by Maxim Petrov in the seventeenth minute. After that the opponent tried to fight back by shooting the first and the last, as it turned out at the end of the match, goal. Timur Guseynov scored the third goal into the goal of the Technology and Design University team in the twenty third minute. Ten minutes later the last goal of this match was shot by Roman Vasiliev. The Technology and Design University team could not keep up with the Polytech team and was defeated. It is worth noting that both teams recorded no defeats until the moment of the crucial match. Nonetheless, our players didn't give in to the quite a formidable opponent.

The football player of the Polytech team Ignat Epifanov commented on his team's path at the tournament: "We showed our best being a well-organized team at this tournament. Each game we gathered together and played some good football, which was the coach's merit as well as the merit of each player in particular. However, it wasn't a runaway victory. We had difficult matches with the National Mineral Resources University and with the University of Economics. We managed to beat them being one up. Two last matches with Saint Petersburg State Forestry University and with Saint Petersburg State University of Technology and Design were quite complicated as well. We managed to win due to cohesion and our strong character."

We congratulate our Polytech football team on the important victory and wish good luck in future matches!