On the 21st of December, the Governor’s New Year’s Student Ball took place in the White Hall of Peter the Great St. Petersburg Polytechnic University. Posh evening gowns and dinner jackets, historical dances and classical music — one of the most long-awaited and atmospheric events of the year struck again with its grandiosity and scale. More than 700 students of the universities and colleges of St. Petersburg have received invitations to the New Year’s Ball at Polytechnic university this year. All of them have shown excellent results and achievements in their studies, creativity, sports and social activities in the past year. 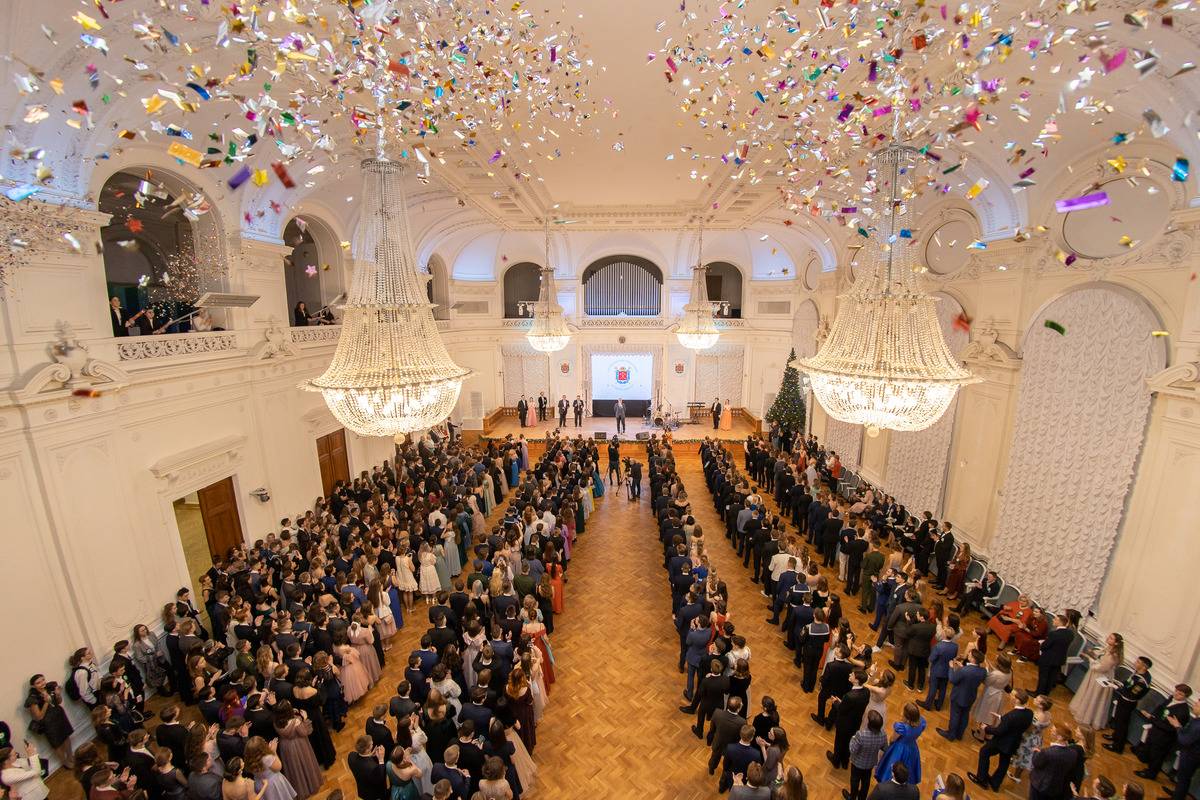 The first balls for Polytechnic students were held more than a century ago. In Russia, this new kind of leisure appeared during the reign of Peter the Great, who perceived entertaining evenings as a school for secular education. In 1718 he issued a decree introducing assemblies, which later evolved into balls of high society.

The Vice-Governor of St. Petersburg, Vladimir Knyaginin, emphasised the special role of the student balls revived in the Northern Capital, who came along with the Rector of Peter the Great St. Petersburg Polytechnic University, Academician of the Russian Academy of Sciences Andrei Rudskoi, to greet the elite of St. Petersburg students. 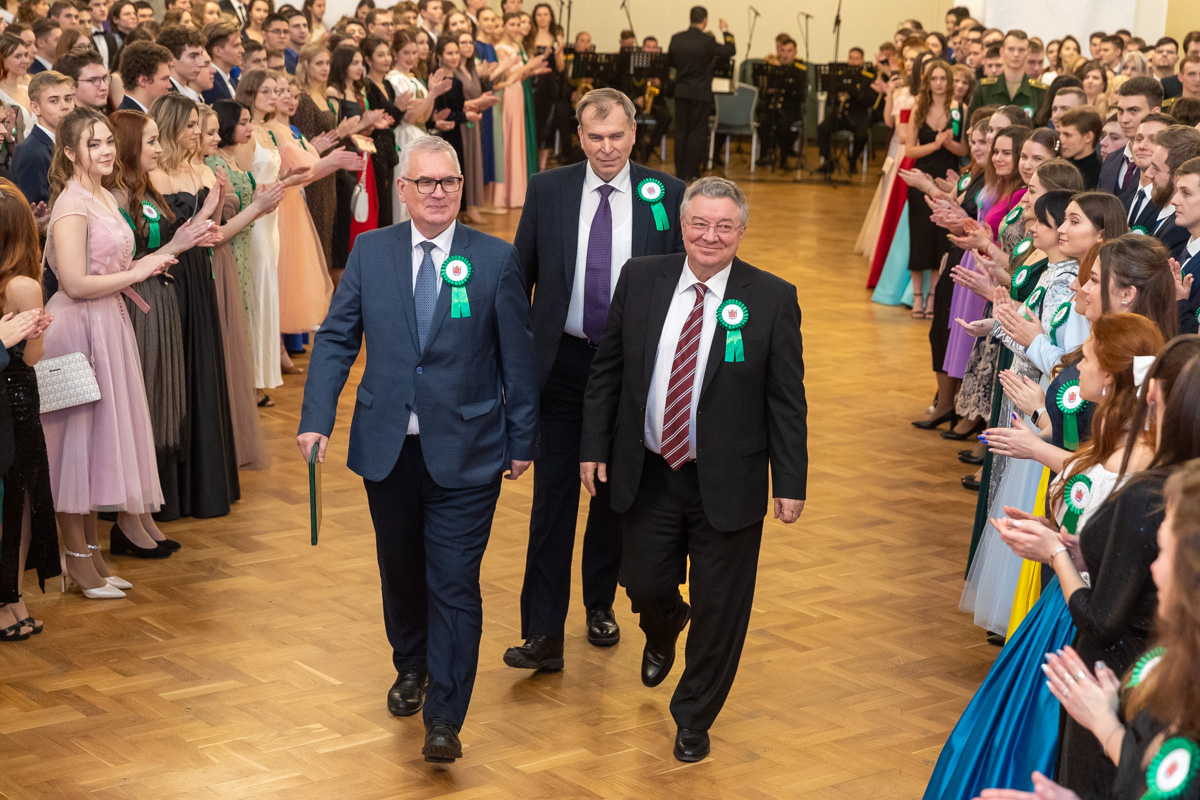 «For me, this wonderful, unforgettable ball is like a forerunner of the New Year, our most beloved holiday, like an anticipation of a fairy tale,» added Rector of SPbPU, RAS Academician Andrei Rudskoi. — It is a great honor for Peter the Great St. Petersburg Polytechnic University to host the best of the best, the smartest of the smartest, the most beautiful of the most beautiful — you, ladies and gentlemen, St. Petersburgers by spirit. These are difficult times. But the fact that you are here today once again proves and confirms the unity of the student community in its thirst for knowledge. I wish you an unforgettable evening, I wish you to find friends here, and perhaps even happiness«.

After that, a polonaise was played by the brass band of the Peter the Great Marine Corps, conducted by Major Sergei Volsky, and sparkling sequins of boomfetti flew from above onto the dancing couples. The parade was led by Maxim Salomatov, a teacher from the St. Petersburg State Institute of Culture’s Choreography Department and the ballet master of the St. Petersburg Souvenir ensemble. 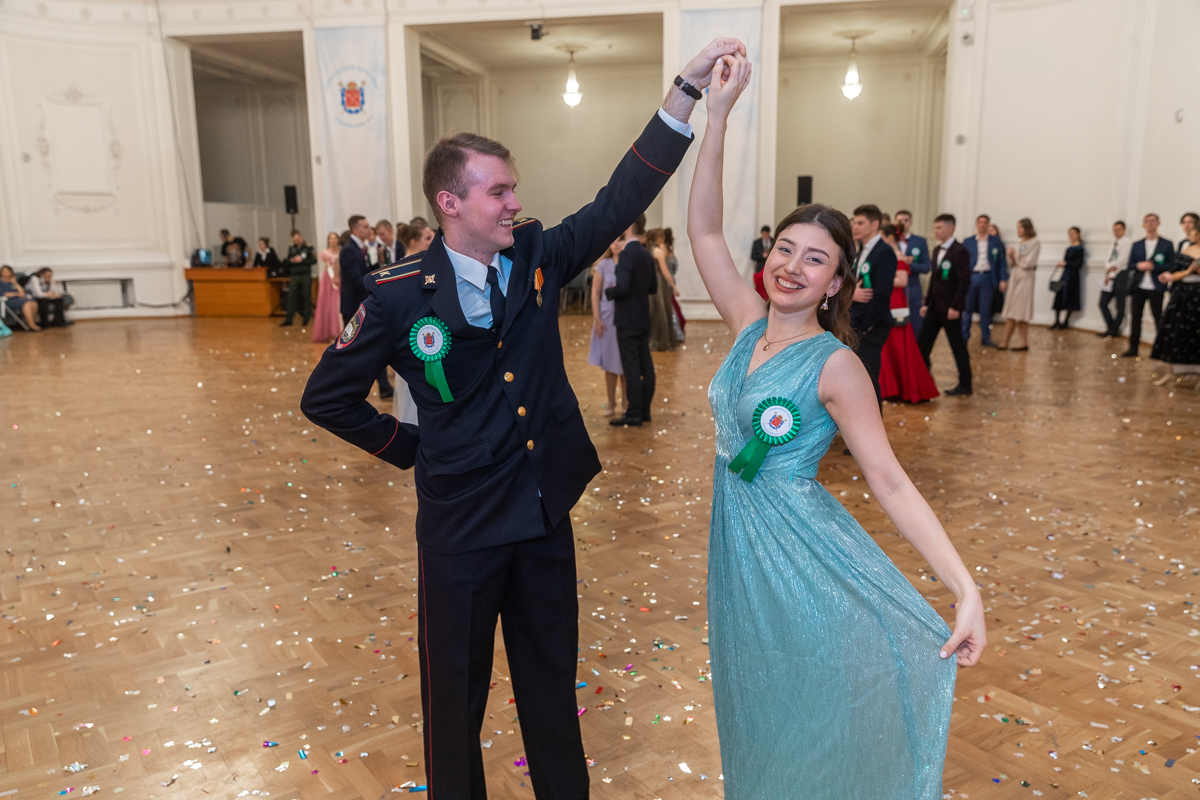 The festive music was replaced by the flying melody of Aram Khachaturian’s waltz from the film Masquerade. And then there was a dance break, filled by the Black Fox cover band. At this time, young people were actively photographing, thanks to the fact that the Main Education Building has enough locations for this. But in addition to the grand staircase, the organizers also designed new and original photo-zones — a neon corridor, a photo mirror and a «360 Video Spinner», which allows you to make slow-motion videos with the camera flying around. And then the dancer invited everyone back to the White Hall — to play «Ruchek» to the music of Johann Strauss’ «Thunder and Lightning». The dance floor was not crowded at first. But soon a lively polka, jokes of the host and laughter of the participants began to flock into the hall more and more people who wanted to play the old Russian folk game. 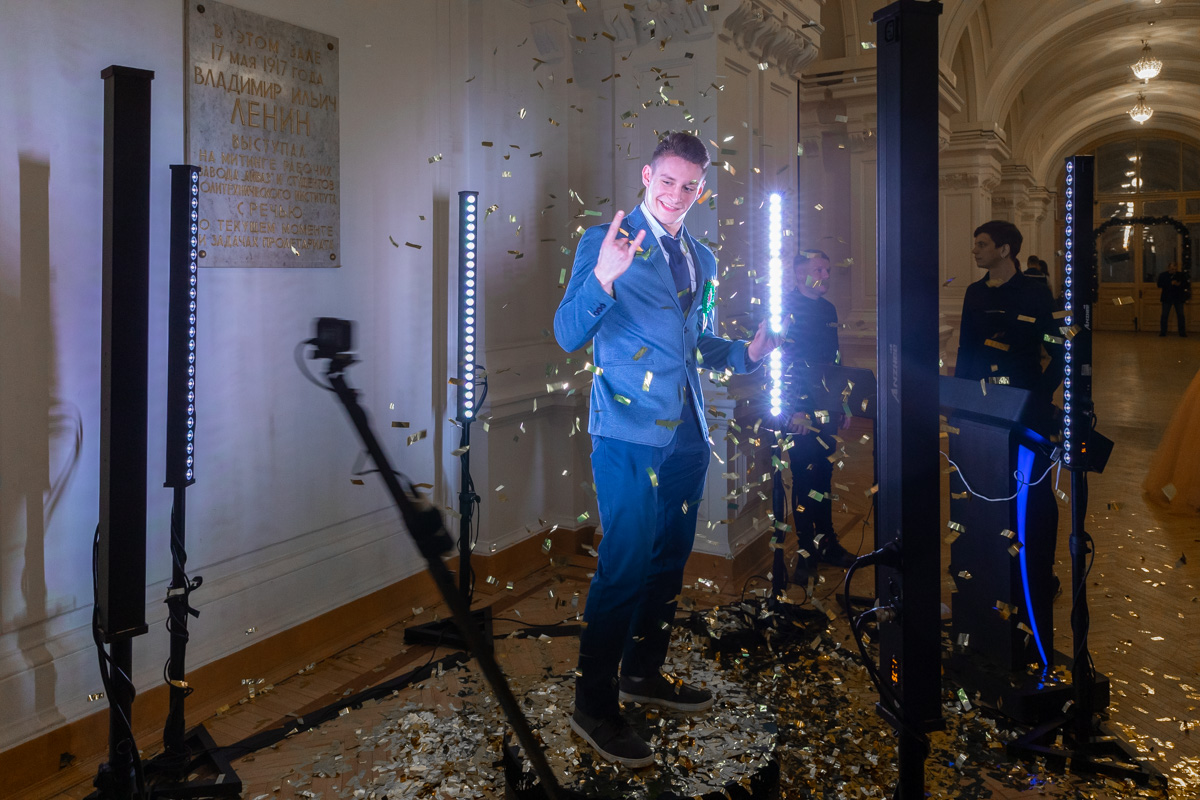 And there was more dancing and singing and entertainment and presents to come. But as the ball was taking place during the session that had already started, some of the participants started going home. On their way out, those who wished to do so could drop in the postcard that everyone had received at the start of the event.