Abu-Khattab Ahmad Hassan, “I always tell my students that studying at the Polytechnic University will definitely help them in life!”

Peter the Great St. Petersburg Polytechnic University is a really international university. More than 20 % of its students are foreigners. However, not only students but also lecturers come to us from different parts of the world. For example, Karl Siegfried Schmauder, a Professor from the University of Stuttgart, works for the Institute of Metallurgy, Mechanical Engineering and Transport, Stefano Maria Capilupi, a lecturer of the Sapienza University in Rome, delivers lectures on philosophy, and Barbara Helen Carell Furet, a Professor from The University of Havana, Cuba, teaches Spanish at the Institute of International Educational Programs (IIEP). And this list can be continued. 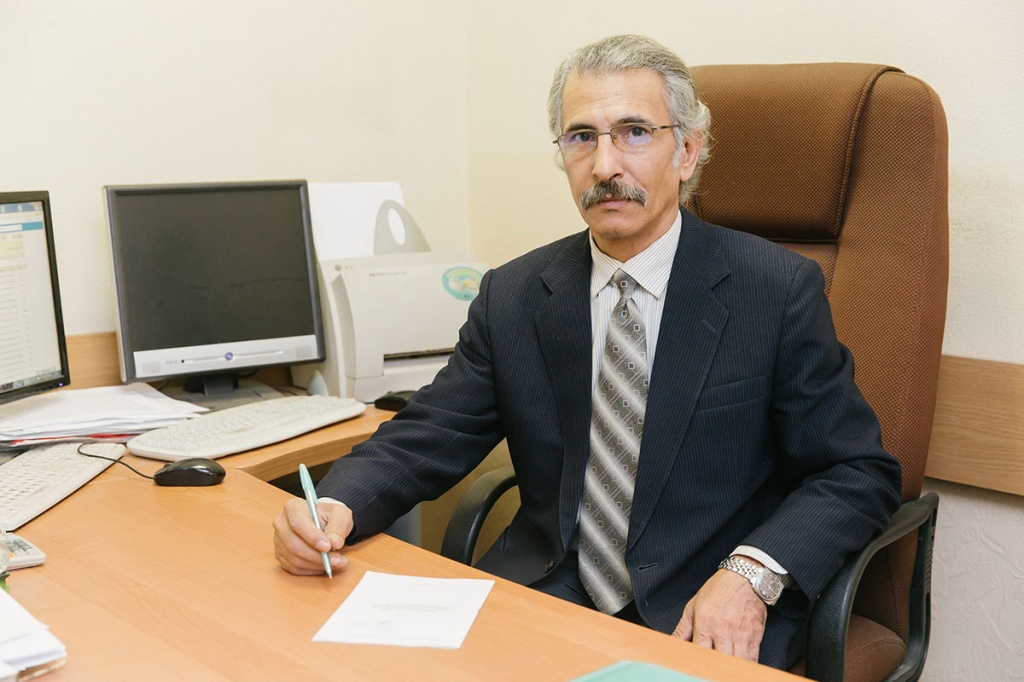 Abu-Khattab Ahmad Hassan has been living in Russia for three and a half decades. Today, it seems that this foreign citizen who arrived in the Soviet Union to master engineering sciences is not surprised by anything, except for the cold weather. He has become a real Petersburger, he loves the white nights, bascule bridges and the people who live here. Working for the Department of International Students Training at IIEP, he helps international students to master Mathematics and Engineering Graphics in Russian, being also Deputy Director of IIEP for Teaching and Learning Enhancement. He enjoys his job, and in his free time he goes fishing and mushroom hunting with his two-year-old granddaughter Sofia. Colleagues and students have even modified the name of this foreign lecturer with a Russian soul to make it sound more like a Russian one and call him Ahmad Hassanovich. 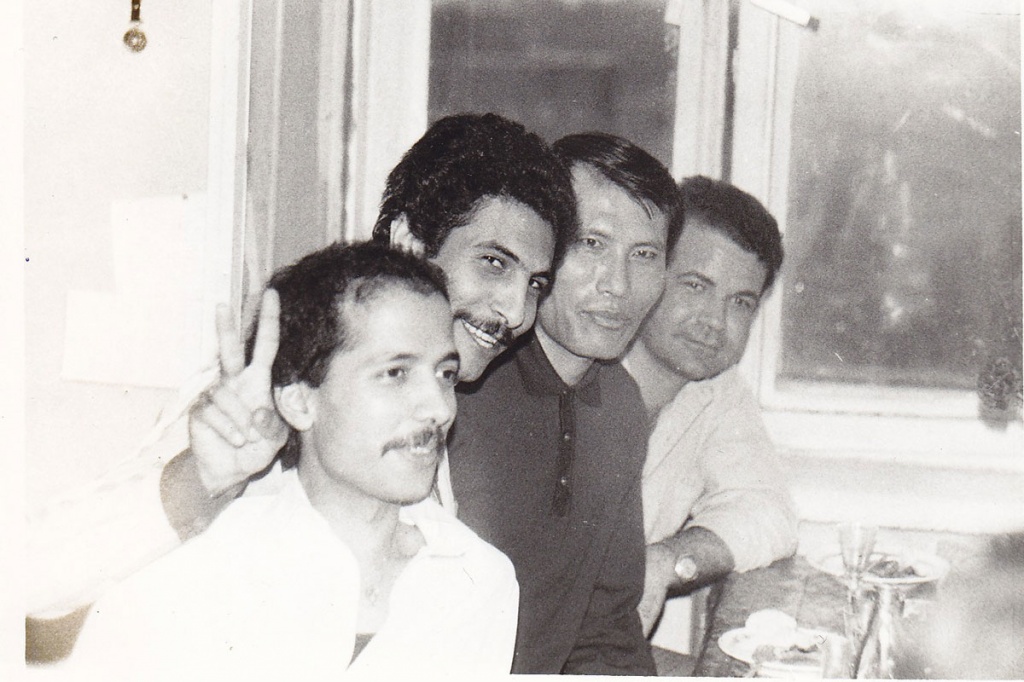 - Ahmad Hassanovich, first of all, please, tell me why people started to call you like this.

- It is very simple: Abu-Khattab Ahmad Hassan is a really difficult name for Russian speakers to memorize and pronounce. Ahmad is my first name, Hassan is my father’s first name, Russian suffix “ich” was added and I became Ahmad Hassanovich. I got used to being called like this ages ago.

- Why did you choose the Polytechnic University?

- I am from the Middle East, from Jordan. Initially, I wanted to study abroad: I sent my documents to universities in different countries and I received several invitations to study. However, I chose the Soviet Union. When I came to Moscow, I was allowed to choose a city and a university. Frankly speaking, I chose Leningrad (the former name of St. Petersburg) because I had been advised to do so. Its architecture is one of the most beautiful in the world: white nights, bascule bridges – a lot of foreigners were dreaming of coming here to see it with their own eyes!

I chose the education in the sphere of engineering when I was still in Jordan, because I have always been interested in designing and developing. The most famous higher education establishment in this field was Kalinin Polytechnic Institute of Leningrad (that was its name in those times), that was why I entered this Institute.

-Which department did you study at?

I came to Leningrad in 1980, the year the Olympic Games were held in Moscow, and I was a foundation program student for a year. I got my degree in engineering at the Department of Machine Building Technology of the former Faculty of Machine and Mechanical Engineering (at present the Institute of Metallurgy, Mechanical Engineering and Transport – editor’s note). And after that I became a post-graduate student at the Department of Flexible Manufacturing Systems run by the State Attestation Commission. All in all, I studied at the University for 10 years.

- Ahmad Hassanovich, you must have been living in a dormitory when you were a student. Please, share your impressions.

- Certainly, I did gain a lot of experience! You know, I would even say that those who have not lived in a dormitory know nothing about life. At that time many people complained about hardships, but now I realize that, in fact, it was an amazing life. I shared my room with two of my group mates, a Georgian Valera Gadzhau and Andrey who had a witty surname Bezdenezhnykh (in Russian it means “without money” – translator’s note). We had a really good time: parties, discos, celebrations. To put it in a nutshell, life was pretty hectic at the dormitory. Even now I cheer up when I recall my group mates!

Once there was a funny incident at the dormitory. There were four adjacent rooms and a bathroom and lavatory between them. One day they installed the glass again in the door; it was so clean that it was hard to notice it! So I, having got used to not opening the door, but stepping over “the glass”, stepped over it again one morning… The glass collapsed right in front of me, but, luckily, I wasn’t injured. Naturally, I hid, so no one still knows who did it (Smiling).

- You met your wife at the Polytechnic University, didn’t you?

- It was in spring 1982, I was in my 2nd year and she was in her 4th. The department where we carried out laboratory tests together was situated in the basement of the Main Academic Building. There I saw a beautiful girl who I liked a lot. However, it took me some time to pluck up my courage and come up to her – I diligently attended all classes for two months and then our romance started. (Smiling). I courted her for about a year and then we got married, being still students.

- After your graduation why did you decide to stay in St. Petersburg and not to go back to your home country with your wife?

- I fell in love with the city! I love everything, apart from the cold weather, of course. But the main thing is the citizens of St. Petersburg, calm and friendly, who make perfect colleagues and neighbors. Besides, I was very lucky to find a very good team when I was involved in research at the Department run by the State Attestation Commission. After I finished my post-graduate studies I was reluctant to leave, that was why I went on to work at the Department, but that time as an engineer. Only a year later I started working at IIEP as a lecturer: I taught programming and descriptive geometry.

- In the first place, this is its fame. It is one of the best universities in Russia and abroad. It used to be called LPI, Leningrad Polytechnic Institute, and when the name was changed, many people said that it had been done in vain, as LPI used to be a well-known brand name. It is thought that our graduates are among the best in the world. Let me tell you a story. Once in my home country I met some specialists from Great Britain and the USA. At first we were having small talk and when we started a professional discussion, they were surprised at my profound knowledge. When they learnt that I was a Polytechnic University graduate, they looked at me differently, with respect they could not hide. So, our University is renowned in the world.

- We know that your daughter also graduated from the Polytechnic University. What degree did she get?

- Yes, my daughter studied here at IIEP, at the Department of International Relations; she studied the Swedish region. Currently, she is a teacher of the English language and other humanities in one of the colleges of our city. I suppose, her life was not easy, as I was always near her and I made her study. (Smiling). In return, she is a post-graduate student at our University.

- Do you still keep in touch with your group mates? Do you know how they are?

- We do not only keep in touch, but we also meet practically every year. We organize a meeting on special anniversary dates. A lot of my group mates live abroad, that is why we always get together when they come here, and it happens a couple of times a year. Most of them chose a career related to their degree: some work for state enterprises, some started their own business. Once again it shows how easy it is for the Polytechnic University graduates to find jobs. That is why I always tell my students that studying at the Polytechnic University will be rewarded and it is bound to help them in their future life.