Bogdan Chudenko: “When I returned to Russia, I felt free!”

Hearing a story of Bogdan Chudenko, freshman of the Institute of Industrial Engineering, SPbPU, many people would call him a real eccentric. And it is not about his last name (rus: Chudenko – strange, eccentric) and not because his hockey uniform bears this very name. 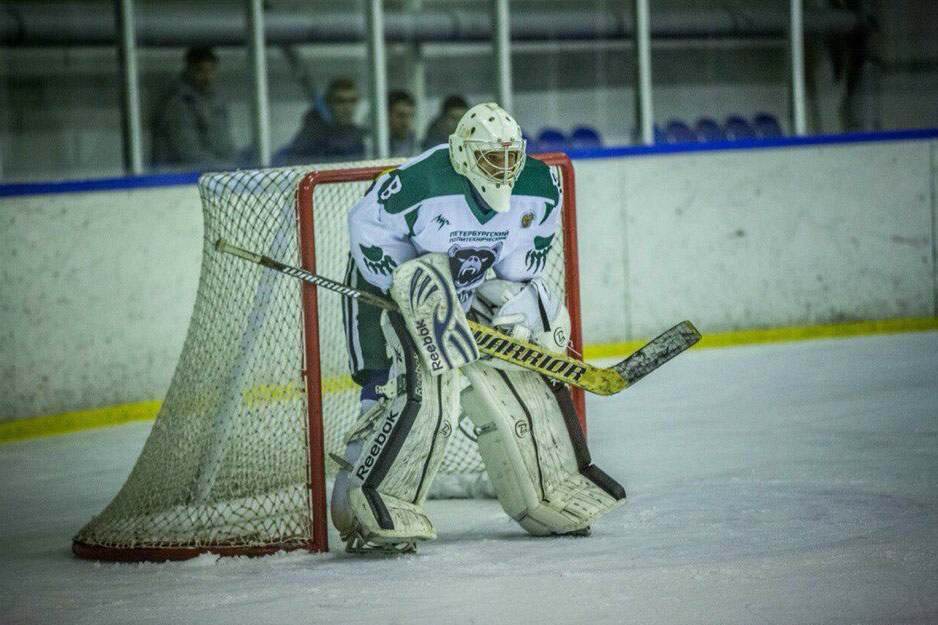 Imagine: a young and promising Russian ice hockey player was noticed by an American sport agent who suggested that he should relocate to America – to live, study and play for the team of the Winchendon School. The boy, of course, agreed. For several years he lived in Boston – capital and largest city of Massachusetts – and even enrolled in a university there. But finally he returned to St. Petersburg and entered the Polytechnic University! Bogdan gave an interview to a Media Center correspondent and told him about what had made him come back to the motherland, why he had entered this university and how he planned to use his excellent English. 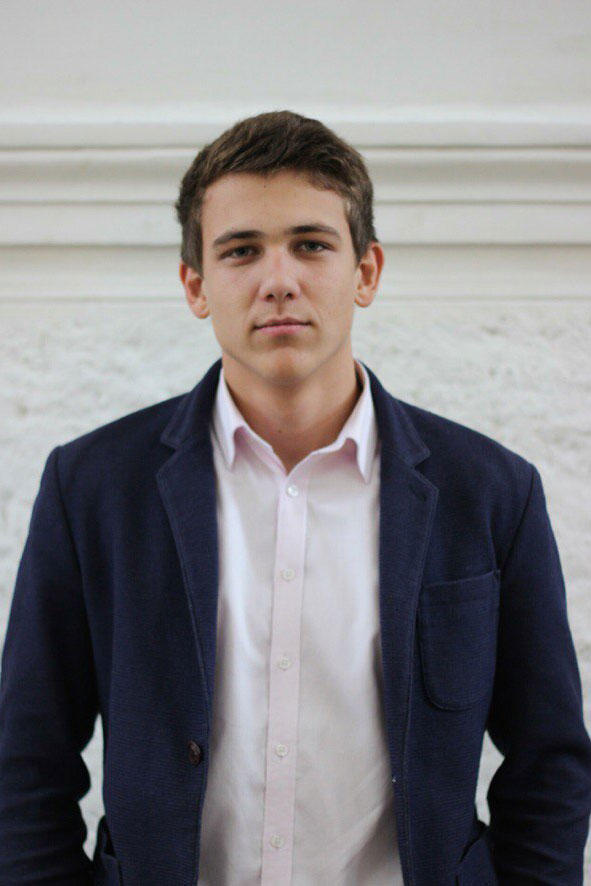 - Bogdan, how did you end up in ice hockey?

- When I was still a child, my father brought me to a hockey class. I immediately wanted to be a goal-keeper, because at that time a goal keeper reminded me of a transformer – he stands so lovely! (Laughing). I liked playing very much, I was soon really keen on it and now I can’t imagine my life without ice-hockey.

- You even played for SKA!

- At the beginning I played in many St. Petersburg teams and when I was 12 I joined SDUSOR SKA (Ice Hockey Special Children’s and Youth Sport School of Olympic Reserve of SKA. – Author’s Note.). I played for the team and went to sport school #50. Those times really tempered me: I got up at 7 a.m., had classes at school until 3 p.m., then a workout and came back home at about 8 p.m. And it was like that every day. There were also games in other locations when we had to leave town for four days.

- During one of these trips you were noticed by an American agent?

- That’s right. Tim Driskle, that was his name, saw me playing, asked the coach about my academic performance and then invited me to play for the team of the Winchendon School. I agreed even though tuition fees were rather high at that school, went to the USA and stayed there three years.

- You even enrolled in Boston University.

- Yes, but before that I finished high school and then entered Boston University where I studied Economics and Small Entrepreneurship, and, of course, played ice hockey.

- Now you study in the Polytechnic University. Why did you decide to go back home?

- I didn’t study long in BU, just about three months. The matter is that all the subjects there refer to the American legislation. I understood that that education would be applicable only in the USA, but nowhere else. But since I want to live and work in Russia, I decided to study in a Russian university, so I came back home.

- How did your parents react when they learned that you wanted to return to Russia?

- To tell you the truth, they liked it more when I was in the USA. Although there were thousands of miles between us, they felt calm because I was always supervised: I studied and trained on campus. Then I was really organized, as a robot. When I came back to Russia, I felt free (Smiling). The parents even threatened to send me back, but my father understood well that it would be better for me to study in Russia rather than in the USA.

- Why did you choose the Polytechnic University?

- Firstly, it is in my native city – St. Petersburg. After three years in America the word “motherland” has become very special for me. Secondly and honestly, the Polytechnic University is one of the best universities in the city. And, of course, an important thing is that it has a strong ice hockey team – the most organized team among all the universities in the city, in my opinion. I also like the campus, the fact that all academic buildings are in one location, like in American universities, and people study and work here as one big family.

- Have you chosen an economic major because you already started learning it in the USA?

- It means that you graduated from high school in the USA and then you had to take State Examinations to enter a Russian university. It must have been difficult to get ready for the exams?

- I flew to Russia in December 2014 and immediately got down to work: I had a two hour class with a private Russian teacher every day. I had to learn things starting from the 9th class, because after three years in America I was forgetting my mother tongue. Finally, my score in the Russian State Exam was 74, which is a pretty good result. In the USA math is very weak, so I had to have additional classes with a private teacher four times a week. I did well in the State Exam, but I’m still “on formal terms” with math.

- You lived rather long in the USA. Is there any difference between American and Russian education?

- It might be subjective, but I would say that in the US you can’t divert from the general course, set by the teachers, and think somehow differently. That’s why American graduates think rather stereotypically. But in Russia you can express your opinion and defend your point of view, be creative and free-thinking. Russia, in these terms, is a bit freer.

One more thing is my complicated relationship with math, which is preconditioned by the fact that it is taught rather weakly in the US. Imagine, that first year students at the university where I studied Economics didn’t learn higher math! We studied something that Russian students learn in their senior classes at school.

However, academic and training processes are organized very well there – so that they don’t interfere and you don’t have to cut classes because you have a workout.

- Let’s go back to hockey. How do you enjoy playing in “Black Bears”?

- I like it very much how everything is organized in the team: we have our own manager, coach, 3-4 workouts on ice – not every university team can afford it. We are very close in the team – even though we are of different age, many guys see each other not only on the rink, we are friends and spend free time together.

- The examination period is at its height. How are you doing in it?

- To tell you the truth, I have some problems: because of the workouts in the morning I often had to miss classes. As ill luck would have it, it was math, which is something I am not strong in, as I’ve already said. But I do my best and study hard! I’ve already did one of the exams – “History of Economic Thought” – and got a “B”. I plan to have just A and B marks in the rest of the exams.

- As for math, we got it. What about your favorite subject?

- There are two of them – “Economics and Enterprise” and “History of Economic Thought”. I generally like Economics and I like to study something that I like.

- Will you share your plans for the future with us?

- After I get a Bachelor’s degree I would like to do a Master’s course, but in a different major – law. Then, I plan either to set up my own business or work for my father’s company.

- You aren’t saying anything about ice hockey. Do you plan to continue your sport career?

- Now I’ve been invited to play for the Youth Ice Hockey League in SKA-Karelia. The contract is for two years so if I agree I’ll have to drop studies in the Polytechnic University. But I can’t cross out everything I’ve been striving for so long: returned from the US, took State Exams, enrolled in the university. I think I will just stay in the Polytechnic University. If I am really gifted, they will notice me in the university team, too and invite to play for St. Petersburg SKA, so that I could both study and play.

- Would you like to wish the Polytechnic University anything at the end of the interview?

- Good luck to my group mates and all students in taking all the exams, of course! As for the administration of the university I wish they would change something about the way the academic process is organized, so that it would be easier for those who are seriously involved in sports to combine lectures and workouts – that would be of great help. As for our ice hockey team, I would like to wish that we all may do our best and win “gold” in all the competitions we have ahead. I’m sure we can do it!

- Bogdan, it was a pleasure to talk to you, thank you. We will keep track of your successes in sports and studies. We hope to see you again!