On October 26, the gala concert of the International Golden Autumn Student Festival at St. Petersburg Polytechnic University was sold out. The bright gala day for Russian and international students of St. Petersburg is very popular among those who wants to show their talents and those who come to back up participants and see the bright show. 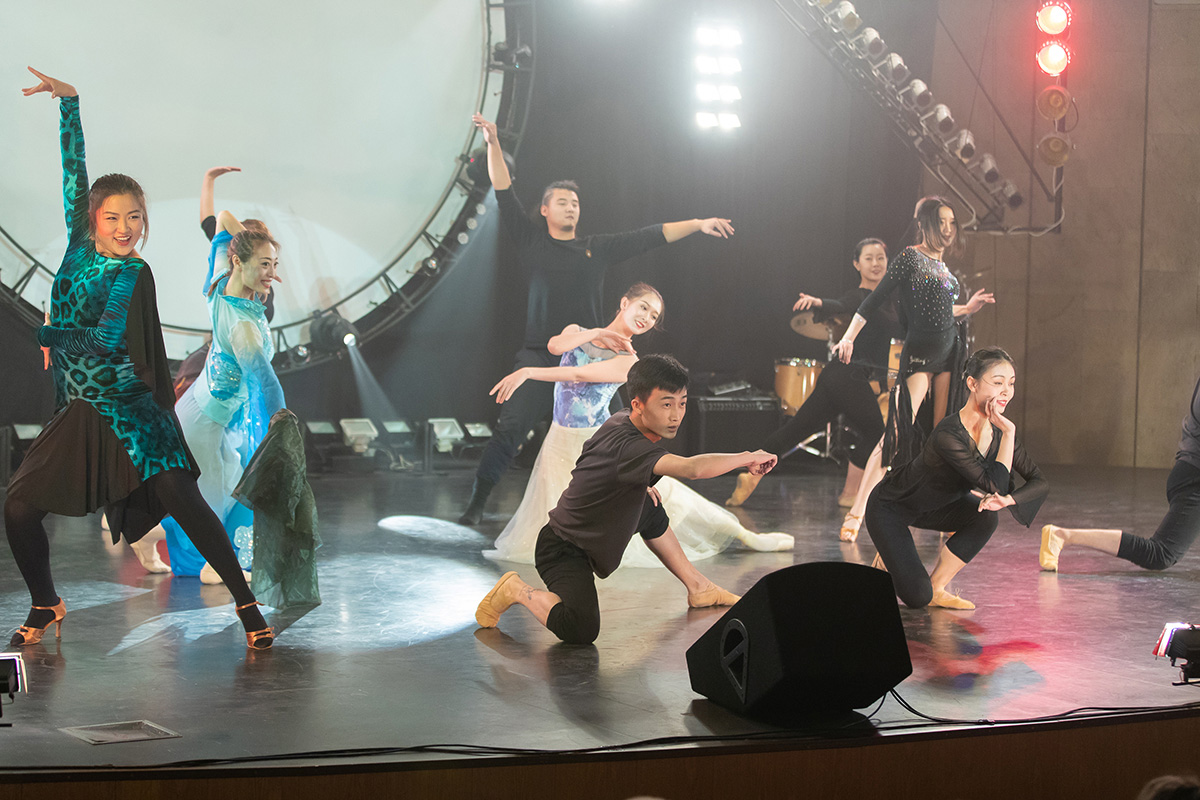 Each year, young people compete in three nominations: vocalism, dance, and instrumental music, while a competent jury appraises the performances by such criteria as bright national identity, mastership of the performer, degree of artistic taste and originality of the performance. This year, the Festival started with a choreographic sketch called The Fall Symphony of Colors, after what the organizers of the contest greeted the audience and the participants. For a number of years, the right to hold this large-scale student event belongs to the Committee for Science and Higher Education of the St. Petersburg Government. On behalf of the CSHE, Director of the Department for support and development of prospective scientific and R&D projects V.N. NIKIFOROVA wished the participants all the success and bright impressions. SPbPU vice rector for the youth affairs M.A. PASHOLIKOV wished the participants success and bright performances. This year, the guest of honor at the Golden Autumn–2018 Festival was Consul of the Republic of Uzbekistan Z.Kh. ABDURAKHMANOV. 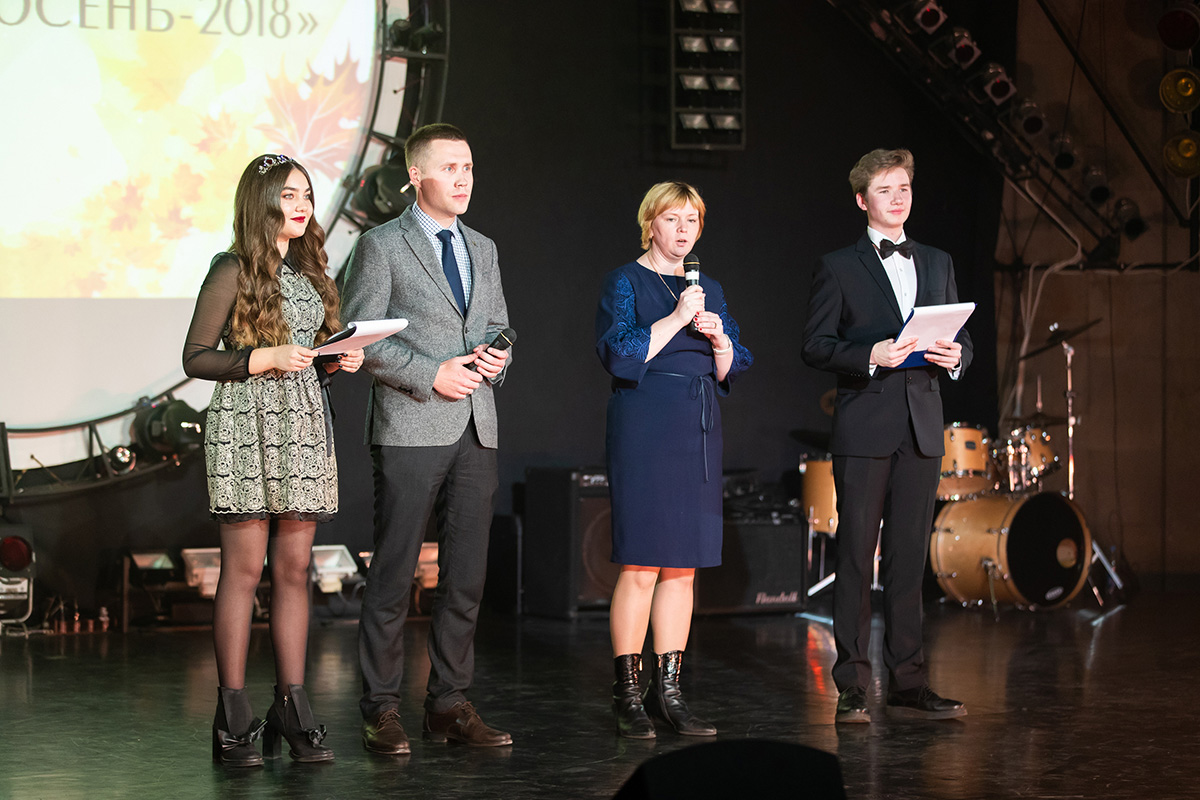 Fifteen St. Petersburg universities brought their best performers. Young men and women from Kazakhstan, Ukraine, Uzbekistan, Congo, Cameroon, Nigeria, Angola, Vietnam, China, Azerbaijan, Serbia, Cote d’Ivoire, Palestine, Mongolia, and Russia, through their songs, dances, and music, were sharing with the auditorium their stories about their families and friendships, their love to the motherland, and their vision of how important it is to stay united, understand, and hear each other. Altogether, the program of the gala concert consisted of 19 group and solo performances. 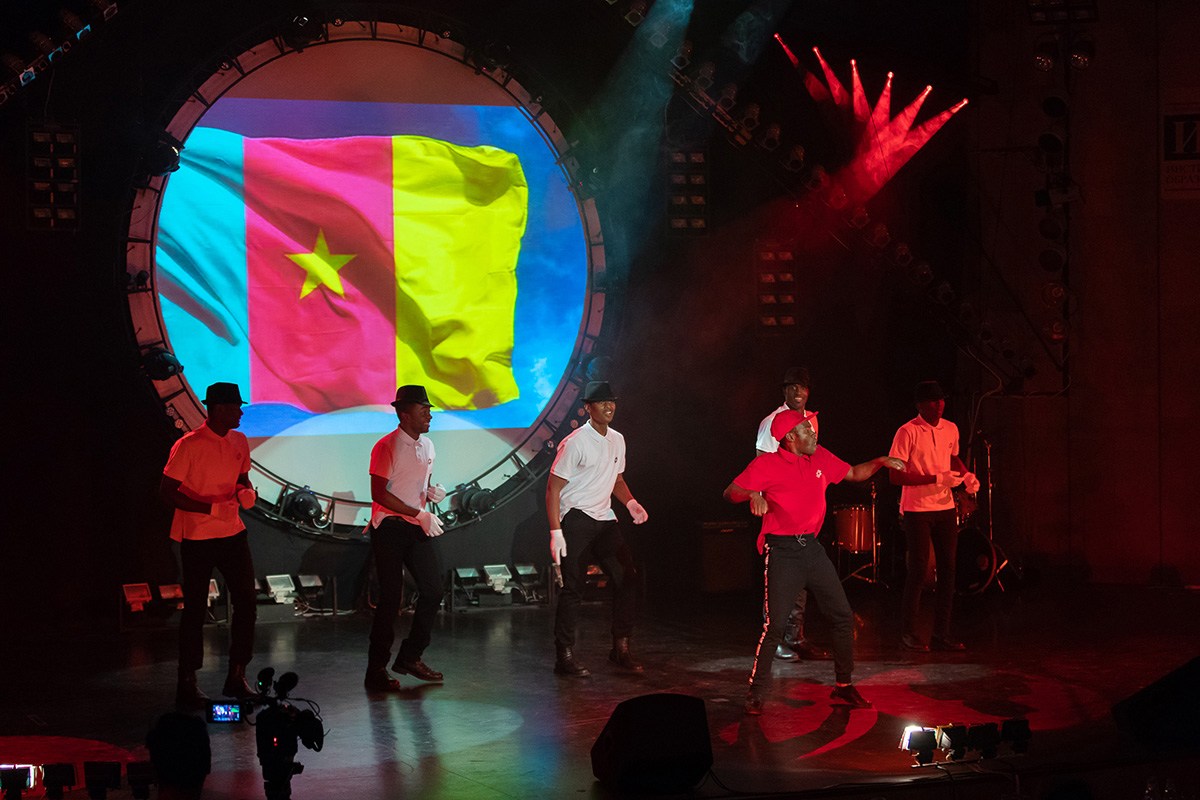 It was not an easy task to choose the winners, but after all, the jury members could come to a consensus and announced the results. In the “Vocalism” nomination, the first place got the Russian quartet “Equipazh” from the State S.O. Makarov University of Marine and River Fleet. The song of friendship absolutely charmed the hearts of the public and the jury. A student from LETI from Cote d’Ivoire, Kpongbo AUGUSTIN, got the silver prize, and Alina TKACHENKO from the St. Petersburg State University of Industrial Technologies and Design got the third place with the “Cranes are flying” song. 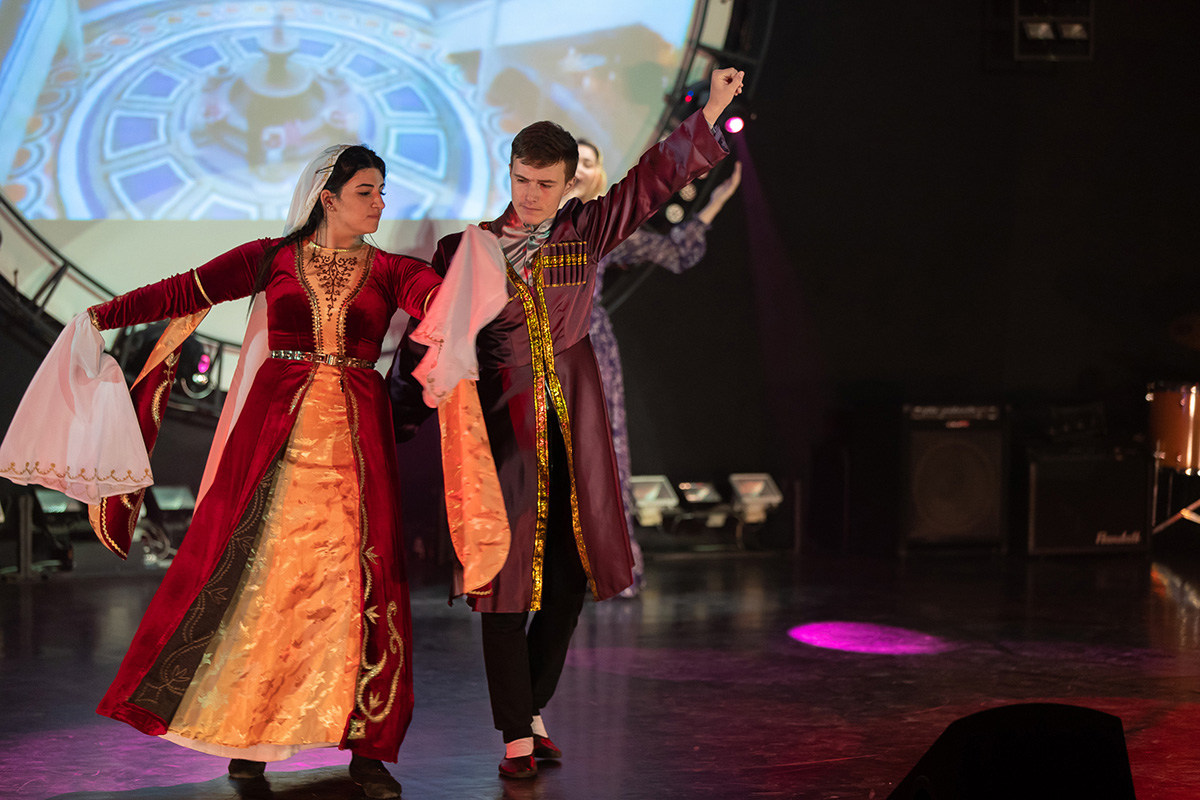 The Budyonny Military Academy distinguished itself in the nomination of “Instrumental Music”: the “ABNAA AL KUDS” group from Palestine got the first place with their percussion composition on the tabla drums. The jury awarded with the second place Alexander KAMAYEV from the St. Petersburg Technological University who played a potpourri of soundtracks from popular movies on an electronic piano. A “Leningrad and Sevastopol” duo from the Admiral Makarov SUMRF was the third. 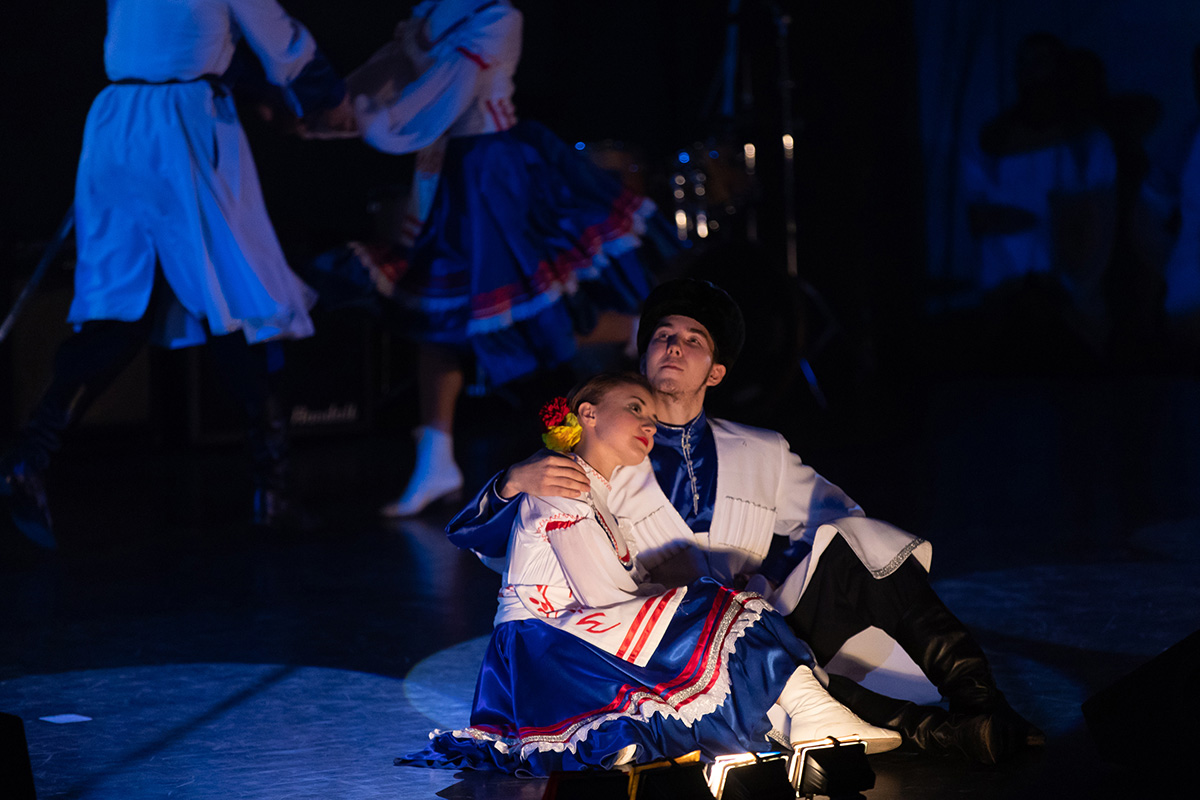 In the “Dance” nomination, the choreographic ensemble “Chinar” (Azerbaijan) from the First St. Petersburg State Medical University got the “gold” for their bright dance “Naz Elyamya”. The silver prize winners were students from the St. Petersburg Mining University with the “Zhalam Khar” dance. And students of the Budyonny Academy from Congo, Cameroon, Nigeria, and Angola were the third with their dance of friendship. This collective has also got the prize of the audience’s sympathies: the students charmed the public with their energetic and rousing performance. 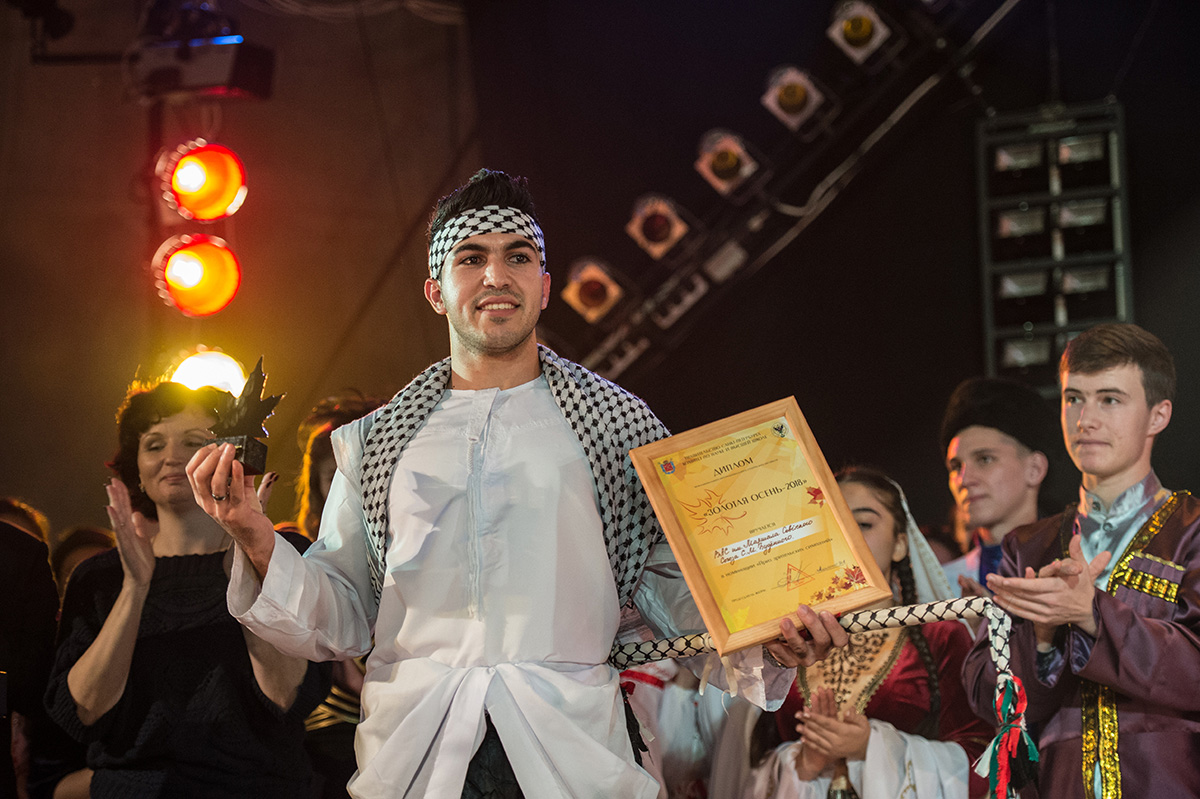 The student festivity was concluded with the award ceremony and boisterous applauses of grateful public.