Graffiti with the image of Mikhail Koshkin appeared at Polytechnic University

A graduate of Polytechnic University, street artist Vasily TSVETKOV continues his series of portraits of outstanding engineers in the university campus. In honor of the 75th anniversary of the victory in the Great Patriotic War, the creator and first chief designer of the T-34 tank, Mikhail KOSHKIN, became the new graffiti hero in the courtyard of the Mechanical Building. 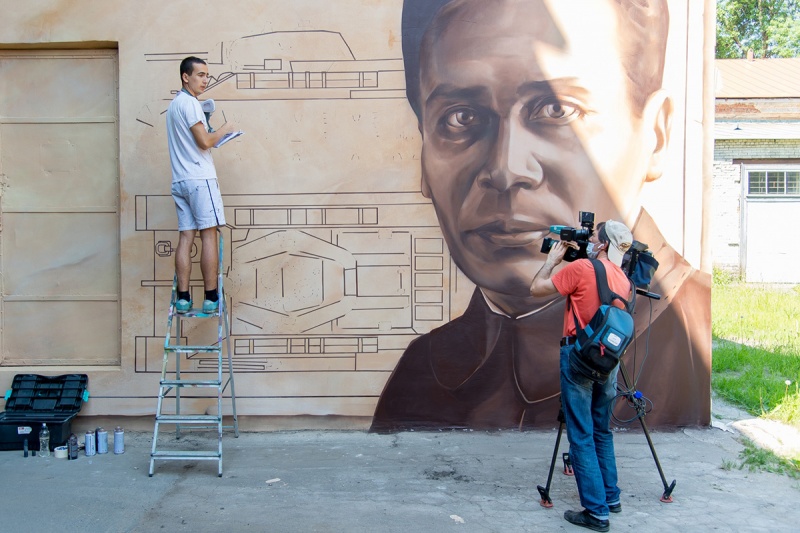 “Two years ago, such images began to appear in the premises of our campus,” Maxim PASHOLIKOV, Vice-Rector for Youth Affairs of SPbPU, said live on the St. Petersburg TV channel. “Students-members of Our Polytech Historical Club proposed a project that would popularize science and contribute to the patriotic education of youth within the university. Our graduate, already a well-known St. Petersburg artist, volunteered to do that and for two years, he has been making such portraits.”

The vice-rector emphasized that in the campus there are support structures on which graffiti can be placed. “Of course, there are certain stages of coordination, but it is somewhat easier than in the city. Our students are very happy about this,” he concluded. 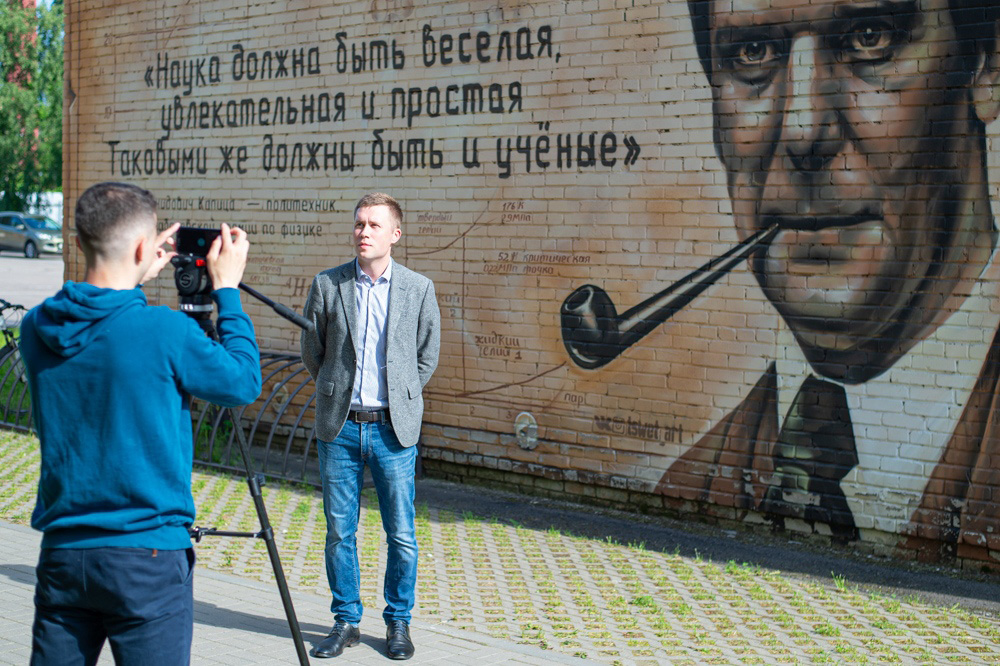 In 1929, at the age of 30, KOSHKIN got enrolled in the Leningrad Technological Institute, among the “party-thousanders,” but the field of study was not appealing for him, and he successfully insisted on the transfer to the engineering department of the Leningrad Polytechnic Institute. In 1934, he graduated as a mechanical engineer majoring in “construction of vehicles and tractors;” the theme of his graduation project was “Gearbox of a Battle Tank”. Under his direction, the most widespread tank of World War II and the postwar period was developed: the legendary T-34. 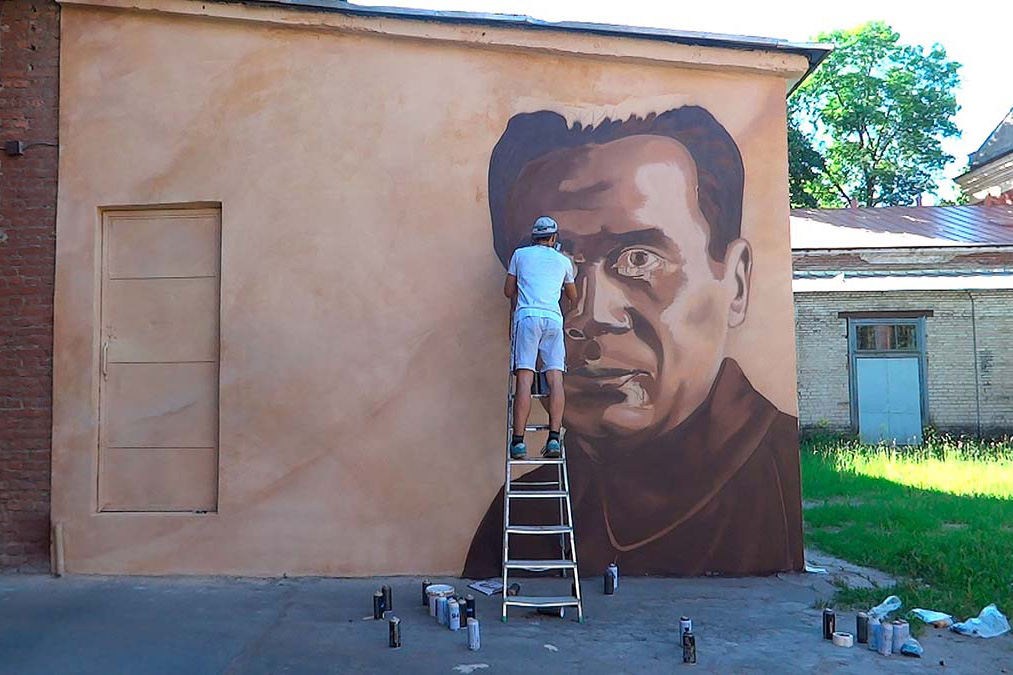 Vasily TSVETKOV commented that the creation of graffiti in the SPbPU campus was a whole project. He noted that without support of the university’s leadership, nothing could have been implemented. At first, the sketch goes through many stages of coordination, because several generations of the Polytechnic will go through their student lives with this portrait. The place was also chosen with awareness and for a long time. The new graffiti is located on a transformer box ten meters away from the building where Mikhail KOSHKIN studied.

“We also were asked when we studied if we knew the Nobel Prize winners and other prominent personalities from Polytechnic University. We could say nothing about that. This project is primarily educational in its nature. I myself am excited about working on the portraits, I learned a lot. In addition, we are transforming the dreary view of gray booths,” said Vasily TSVETKOV.