April 3rd through 8th Polytech hosted the tenth International Fablab Polytech School which had been organized in association with the Leibniz University. Russian and German students got together in the Center of Student Science and Technical Creativity to make their innovation ideas come to life. The event was organized by the staff of the center. 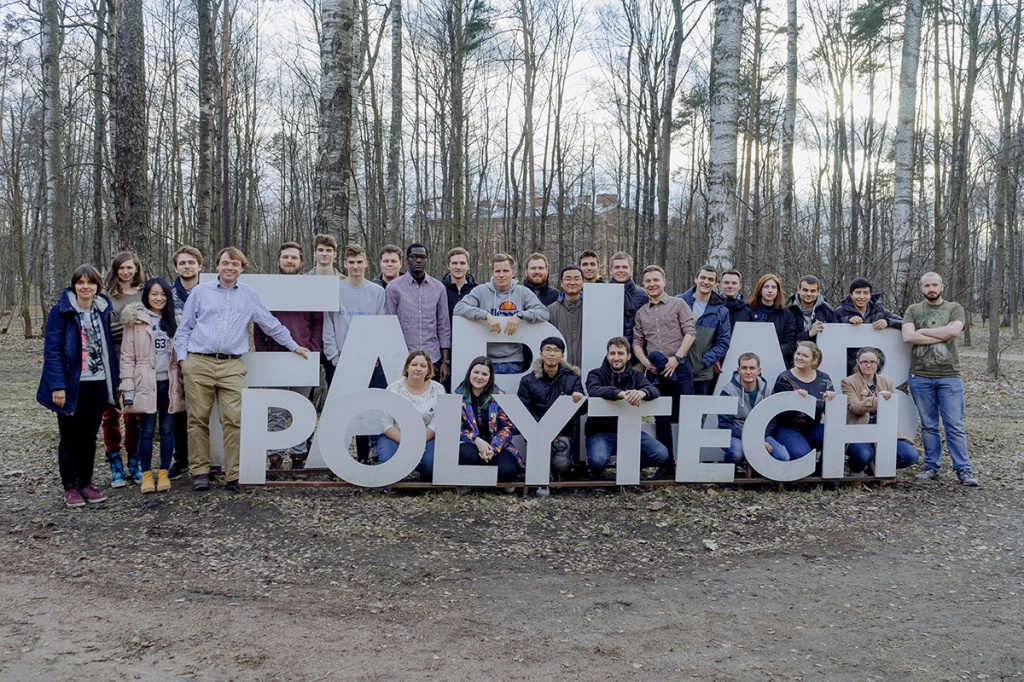 12 German and 12 Russian students worked together on four projects whose elaboration had begun via the Internet long before the young people met in St. Petersburg. The project planning continued even during the city tour that was given by the hosts. 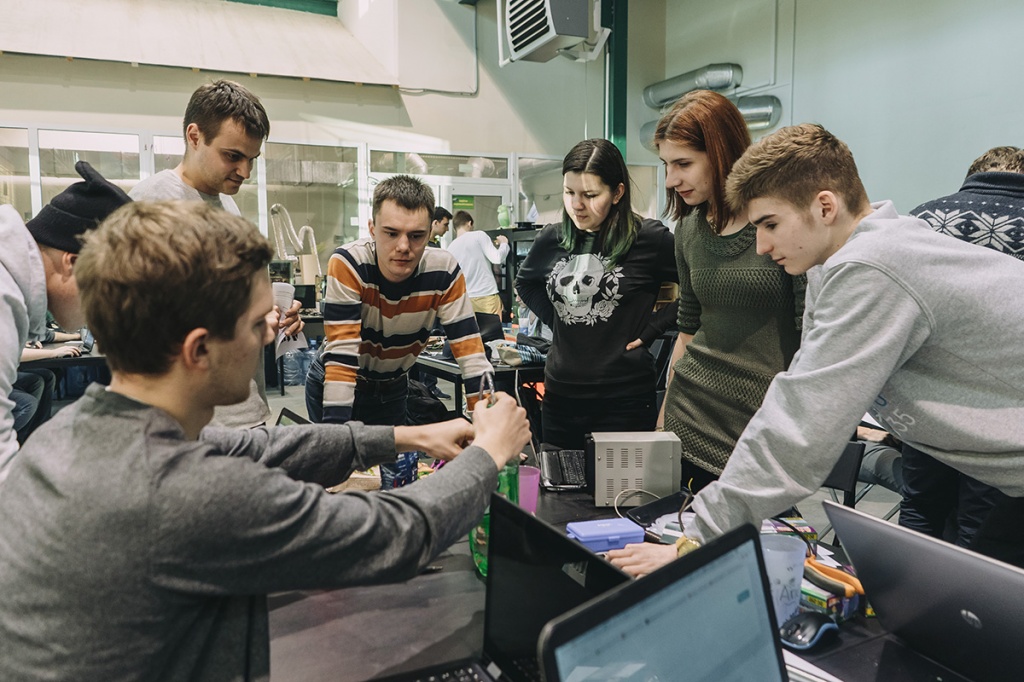 The elaboration process entered a new phase when the group set to work at Polytech. Three students from each country were assigned to work together on one of the projects. The German students remarked that working in mixed groups was hard but extremely interesting and welcomed such experience as utterly useful. Each team member had his/her own responsibilities: some were engaged in 3D modeling, others were making workpieces and putting the mechanisms together. To celebrate the tenth FabLab anniversary the students designed a portable submarine, electro longboard, electronic xylophone, and a cocktail maker. 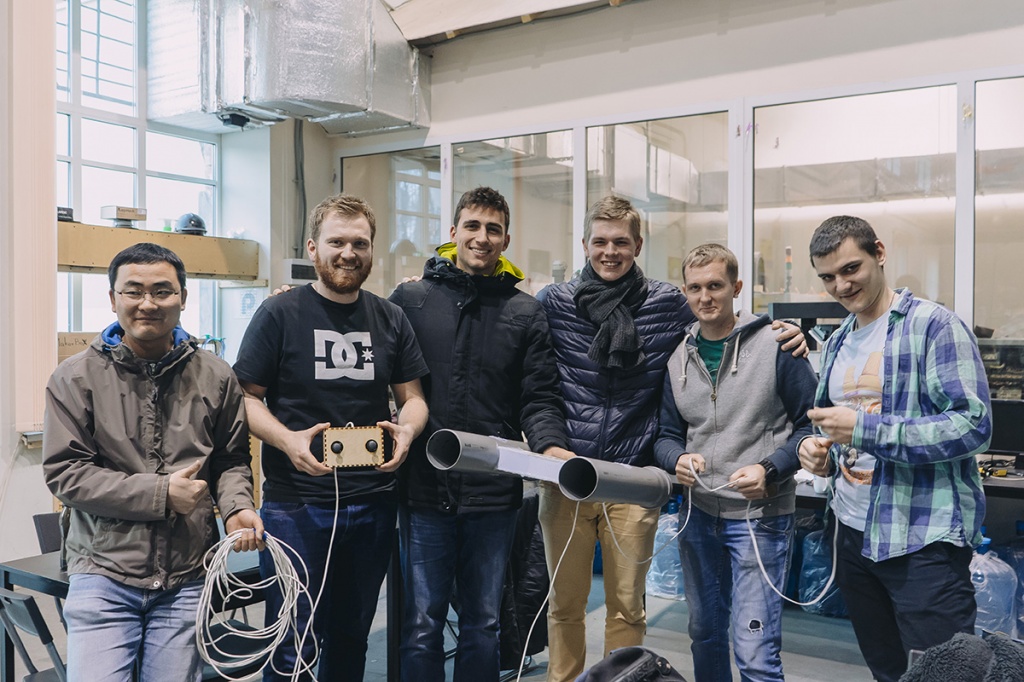 The portable submarine was called “U-dron” (“U” for “underwater”). It consists of two compartments for four engines (two in the lower compartment for diving control, two more in the rear part for surfacing and maneuvering). All the electronic equipment, a bathyscaphe, and an airbag that will take the submarine up in case of the equipment failure are placed between the compartments. 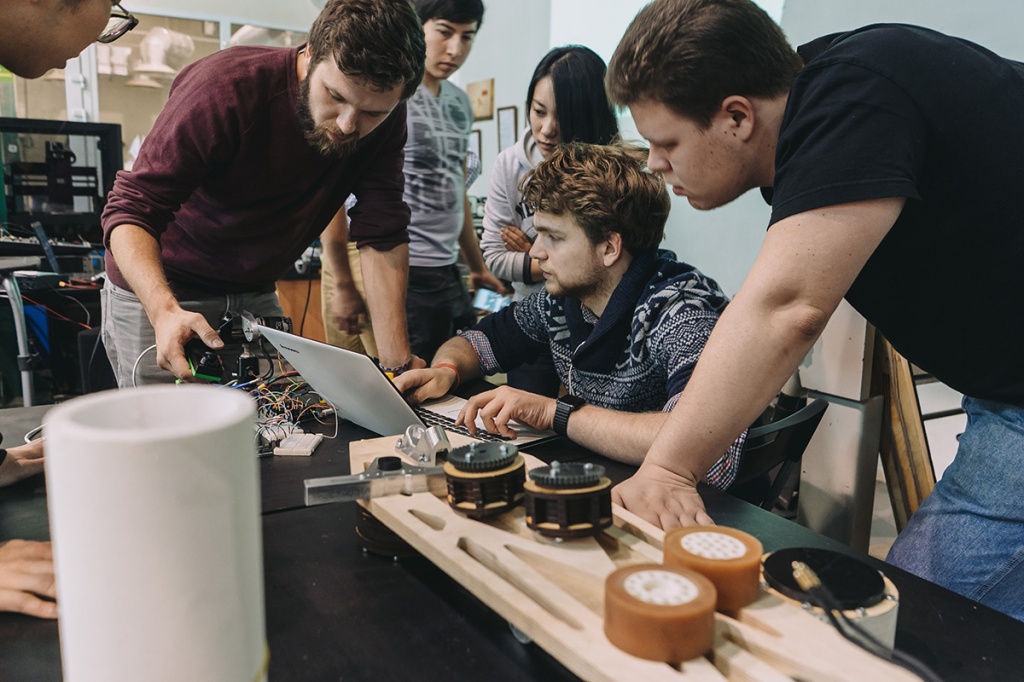 Electro longboard is manipulated by means of a portable remote control. Every single part of the device was made by the students on laser metal cutters, woodworking machines, 3-D printers available at the SPbPU Center of Student Science and Technical Creativity. “We modified the design of the board several times in order to find the right balance between light weight and sturdiness of the longboard”, - said the students. 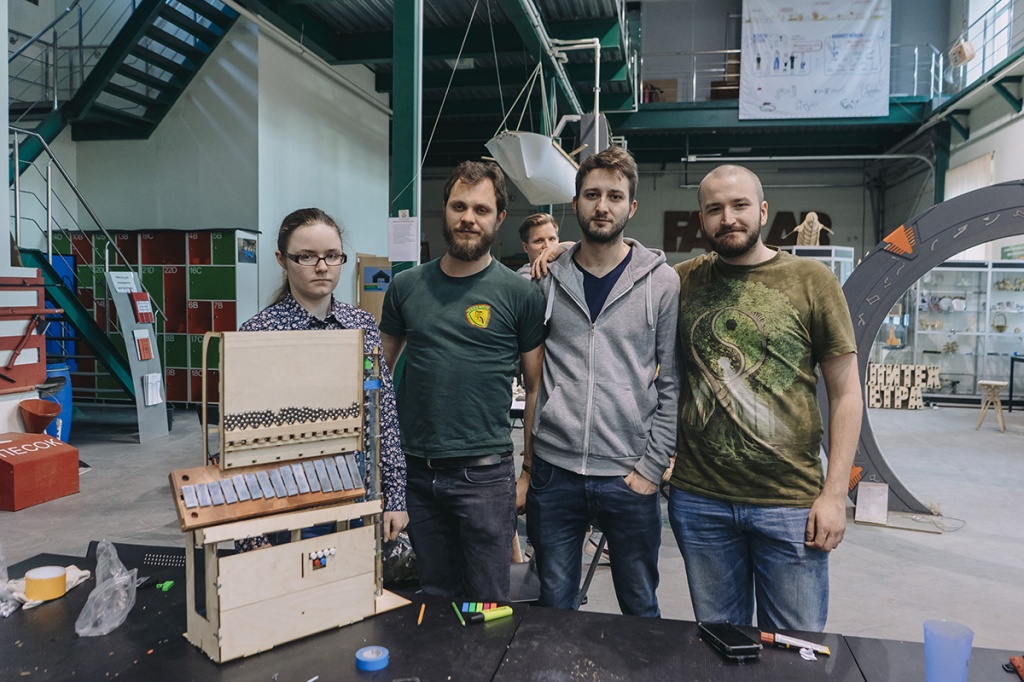 The electronic xylophone uses both electronic and mechanical music technologies. With a permanent source of power music played by this device is not only audible but visible, too. It may later be used to create a new mobile app for making music. 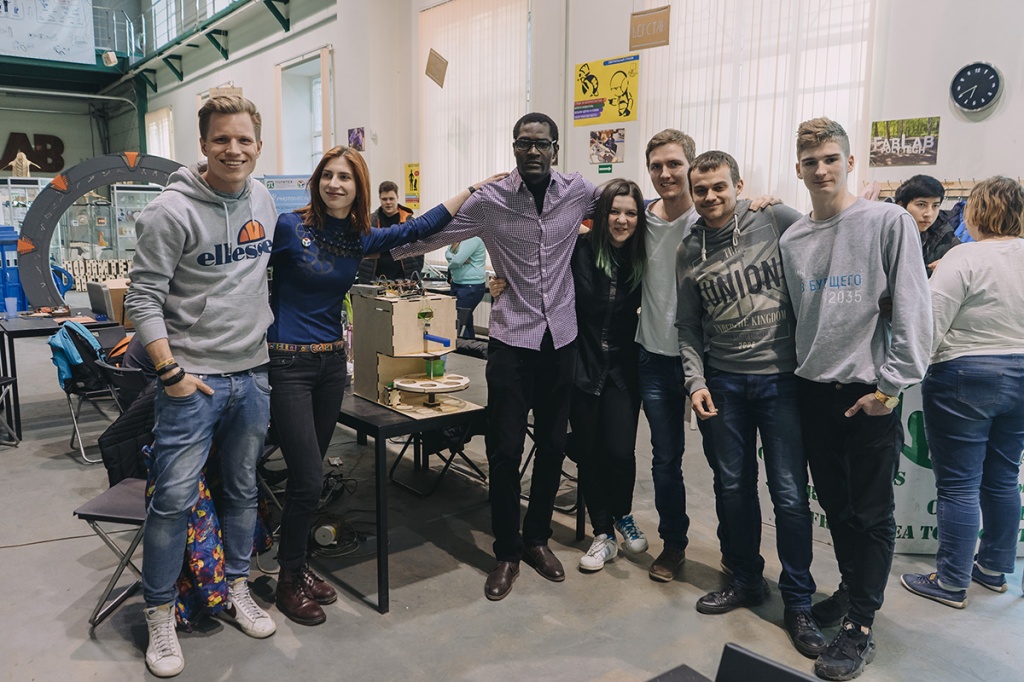 Finally, there is the cocktail maker that can mix liquids in exact proportions. There are five section comprised in its body – four of them contain liquids for mixing and one contains water for funnel cleanse. The user can define proportions and leave it up to the machine to mix it properly and pour it into glasses. The detailed description of the projects is available on the official “Fablab” portal, where fablabs and centers for youth innovation creativity from all over the world exchange ideas and news. 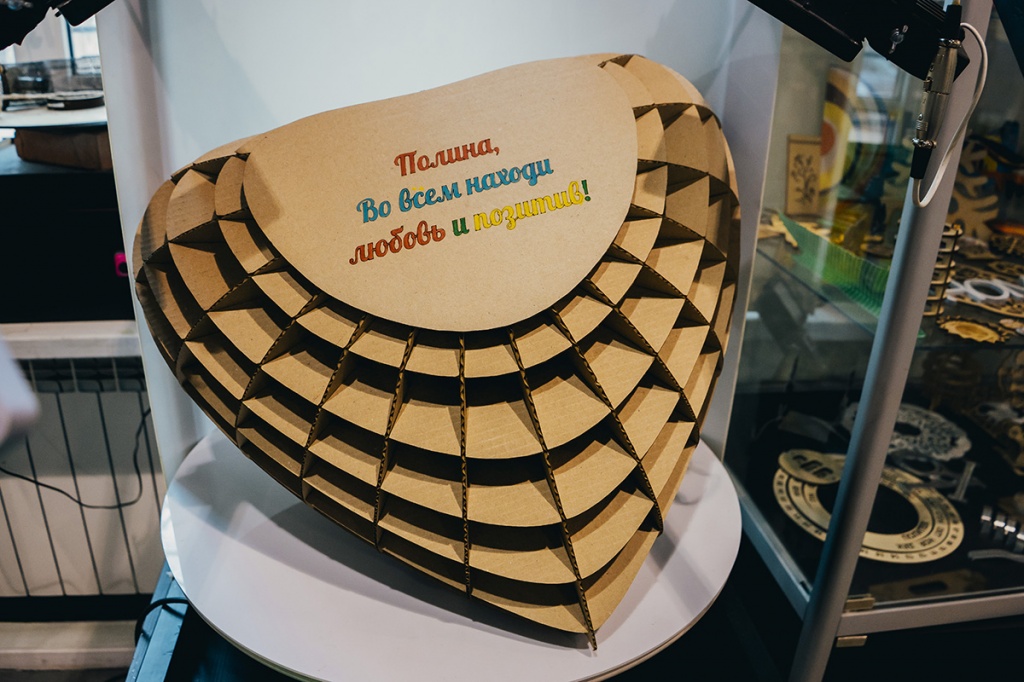 The young inventors worked five days from early morning till late at night, and yet they made time for conversations and walks in the park. Together they congratulated Fablab director Mrs. P. Dyatlova by making a little birthday surprise for her.