The educational process in Polytech is unceasing: no sooner had our students been through with all the tests and exams, than new students arrived: the International Summer Polytechnic School welcomed international students. As usual, the geography of the countries they come from is very diverse: despite the distance, young people from Singapore, Brazil, Jamaica, USA and many other countries come to study in Polytech. 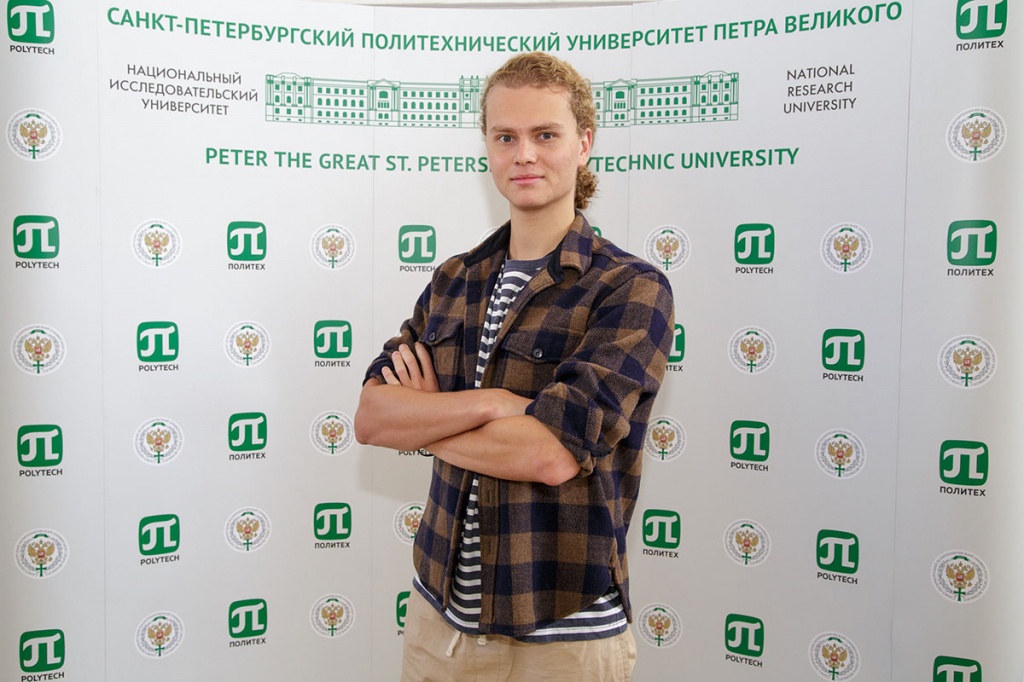 This year one of those who joined the Summer School’s course “Turbomachinery” was a student of Massachusetts Institute of Technology (MIT), Steven Gerasimoff. The American student is doing an internship in Polytech, helping our guys to build a solar-battery electric car and testing the racing car UNO. In the interview with a Media Center reporter Steven spoke of his entering MIT and further studying there, whom the students’ bolides in the USA are named after, compared the function of working teams involved in the development of racecar bolides in Polytech and his home university and, finally, explained what “the Russian thing” signifies.

- Steven, you speak Russian very well, although you have spent your whole life in the USA. Moreover, your surname is obviously of a Russian origin and comes from a Slavic one. Why is it?

- Yes, I was born in New York and have lived my whole life in the USA. My parents, however, grew up in the Soviet Union: my dad lived in Vilnus, and my mom – in Minsk. They studied together in Radiotechnologic University of Minsk, and in early nineties moved to the States – each of them on their own, but they eventually met on Brighton Beach and never parted ever since.

At home we speak only Russian, that is why I started to speak, read and write in English only when I went to school. As a kid I went to a Russian school for a while and as a university student I took two courses “Russian for Russian-speakers” to practice and improve my language skills. During the courses we read Russian literature and studied grammar, but the rules did not come easily to me. (Smiles).

- Steven, according to the competent international rankings QS, Massachusetts Institute of Technology is the best university in the world. Therefore, the question why you have chosen it is a rhetorical one. What we really would like to know is how hard was it to get in there?

- I knew it was really difficult to study at this university, but I did want to enter it. At school I practiced rowing in a serious way and even became the USA champion in fours. By the way, my coaches were Russian – world champions in rowing. They are very successful: some of their trainees even won Olympic medals, and their rowers took part in the Olympics in Rio too. 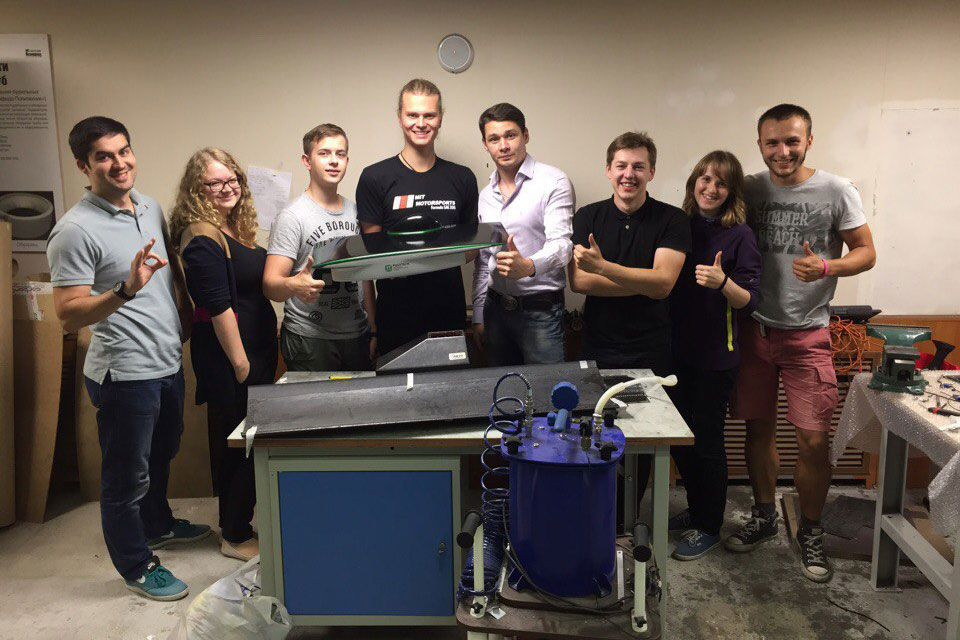 So I knew that sports achievements would help me get sporting scholarships in many universities, but I wanted to enter the best one. You know, MIT admits only 6% of the applicants! The selection process is rather strict: many factors are taken into account, such as standardized tests results, average school scores, academic and sports achievements, etc. You even have to go through an interview with a university graduate who assess within an informal conversation if you fit the university culture. The Board considers all the documents and takes a decision regarding your admission.

- Why have you decided to do internship in Polytech?

- My university offers a specialized program, which helps students to find internships in different countries – in India, the UK, Russia and many others. I decided to apply for an internship in Russia, since I am interested in the country itself, and have not been to it before, though I speak Russian. The international service suggested that I do an internship in the Youth Construction Technology Bureau of Polytech with the teams Polytech Solar and Polytech NCM. Back home I am also involved in the development of a students’ bolide, but we do not earn credits for it, i.e. we do not get accreditation during exam sessions. Meanwhile, here, my favorite occupation will gain me credits to complete the internship. 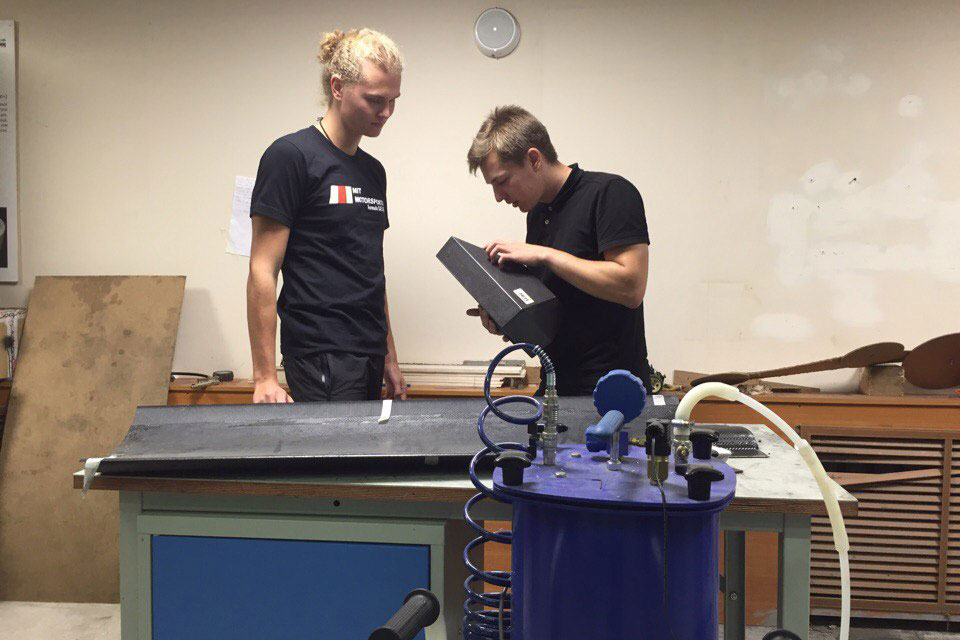 - Is your major in MIT related to mechanical engineering?

- Yes, I have moved to the forth year of the School of Engineering, Department of Mechanical Engineering. I am really into dealing with mechanisms running on alternative energy sources. Young people do not want to work with traditional types of energy such as designing vehicles with petrol engines any more, as far as there exist alternatives, and it is better to develop them than work with the old industry, which has caused the world so many troubles. As I said, we are also constructing a racecar at school, but it runs on electricity.

- And how is your team’s automobile called? Polytech bolides, for instance, bear the names of UNO and Sol.

- We construct a car each year, since it can race only once. Thus, during the last years, when our team consisted solely of boys, we had a tradition to name the bolides after our ex-girlfriends, so we had cars called “Sara”, “Kelly”…This year we have named the bolide after a Spanish postgraduate, who came as an intern and welded almost the whole frame for the car, but had to leave in the middle of the last term because of visa issues. The whole team misses him, so we have decided to call the car with his name - “Mario”. So this year we are building a “SuperMario”. (Laughs)

- We know that the MIT team developing the racecar bolide involves about 50 people. What are you responsible for in the team?

- I joined the team when I was a sophomore student. I was working on wheel systems – brakes, brackets, bearings. In my third year I already was in charge of the group engaged in the wheels development. This year, which is my last year, I have chosen to quit engineering for a while in order to give younger students the opportunity to show their worth as well. That is why I am going to deal with the financial issues for now, namely plan out the budget and look for sponsors.

- Is it challenging to combine studies at MIT with the hobby, let's say, the construction of that same racecar?

- Our studies are in fact very austere: literally every minute is preplanned. Even hanging out with friends sometimes has to be scheduled. Many students keep agendas, where they will write something like “I can meet friends on Thursday from 9 till 10, then I have lectures, projects, tasks”. That is why our team meetings in the workshop are held on Saturdays. We arrive at about 10-11 and work till dark, and if we are unable to finish something, we stay overnight or work on Sundays. I manage to combine the activities, although not much time is spared. One of the perks which encourage us to go to the workshop on a day off is pizza for lunch and free dinner – from our sponsor. (Smiles). 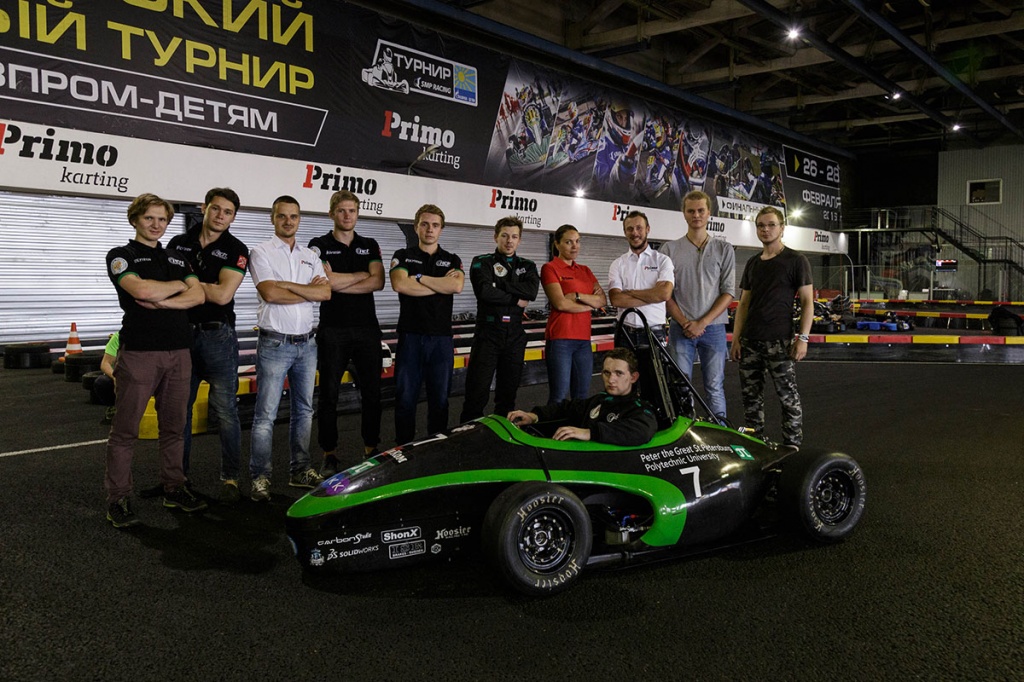 - And what are your activities in Polytech?

- I am currently helping the guys with preparing a petrol-run bolide UNO for the racing. The race will take place in September, and the preparation is in full swing now. For example, the other day we had a test-drive on a go-cart track to check out how the car would function in the conditions close to those of a real race – even road, sharp turns… The car runs perfectly: it speeds up fast, the brakes work well, we only have to give it another brush to the suspension before the race. I think your team will do well at the competition.

I am also involved in the sunmobile project. Together with an engineer Sasha we work on a suspension for the car, make calculations and measurements in order to get down to the car construction itself in September.

- You have already worked with the Polytech team, what is the difference between the way students bolides are constructed in Russia and the USA?

- I reckon in Russia it is much more complicated to develop such a project. There is less infrastructure, it is harder to obtain spare parts, and a lot of red tape is involved. Meanwhile in the USA we can find the required part on the Internet, pay for it with the team’s credit card, and in a couple of days we have the part delivered. In this sense it is more convenient in the USA: we do not need to fill in any forms and gather signatures of the executives.

What is more, our workshop is fully equipped – we are even able to weld the frame by ourselves. Here, the guys have to coordinate the project activities with the partners, go to a factory and finish off a part of the work there. However, the scheme is well-organized and smoothly running here.

The number of team members is also different: in MIT the core of the team involves 40-50 people, while in Polytech – only 10-15. That is why your engineers are responsible for all machine parts, whereas in our team everyone has a clearly defined task. However, in Polytech team the guys not only construct the bolide together – they are friends, they hang out together. In MIT, we are more numerous, but in spite of good relationships, we are rather colleagues than close friends.

With regards to the car itself, the bolide is very good in Polytech. I would say that some details of your car are more thoroughly designed and better fulfilled than in our project.

- Have you managed to walk around our city, check out the major attractions?

- Yes, Saint Petersburg is extremely beautiful, it reminds me of European cities. We wandered around the city with Zhenya (Evgeny Zakhlebaev – the Head of the Polytech Solar project – author’s note), visited Kazan Cathedral, I liked the Church of the Savior on Blood a lot. I went to the “Swan Lake” to the Mariinsky Theatre – it was incredible, I really loved it! I intend to go to Peterhof and Moscow. Zhenya has also invited me to come to his country house, it is the “Russian thing” after all – to go to the country, take a Russian steam bath, cook barbecue… but, unfortunately, I do not have enough time for everything, because my visa got delayed, and instead of a month I have come for two weeks only.

- Will you keep in touch with the guys after the internship?

- For sure! We have already added each other on Facebook, the guys even have had me registered in Vkontakte. I am really eager to follow the construction of your car, so we will exchange photos and sponsor contact details – we will generally help each other develop our projects. After all, we are not in the same race, we are not competitors (Laughs).