On March 23rd the Science and Research Center of SPbPU hosted the finals of “Divergent Engineering” contest that was initiated by the Institute of Humanities of SPbPU for the purpose of bringing out artistic potential in technical majors. 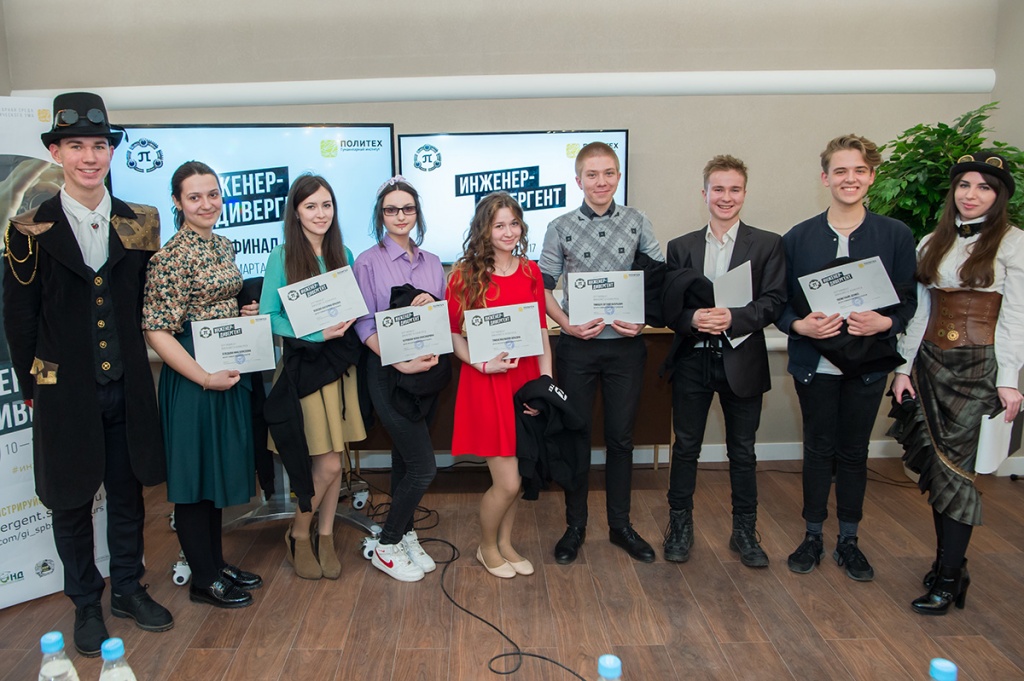 The first stage of the contest required demonstration of both Russian and foreign language skills, cultural studies, history and philosophy. It brought together more than 130 students of Polytech. Fifty of them moved on to the next stage which involved a campus quest. The students had an opportunity to go back in time and relive the history of Polytech while doing the quest stage at the SPbPU Museum of Science and History, solve mathematical linguistic problems at the Science and Research Center, and step out on the stage of the student theater. After passing through all the stages of the quest the best seven students made it into the finals.

The finalists, their supporters and the jury were given a warm welcome by the student symphony orchestra “Polytech Orchestra” in the lobby of the Science and Research Center. The musicians are students majoring in different subjects who are the living example of the perfect combination of technology and culture, science and art. 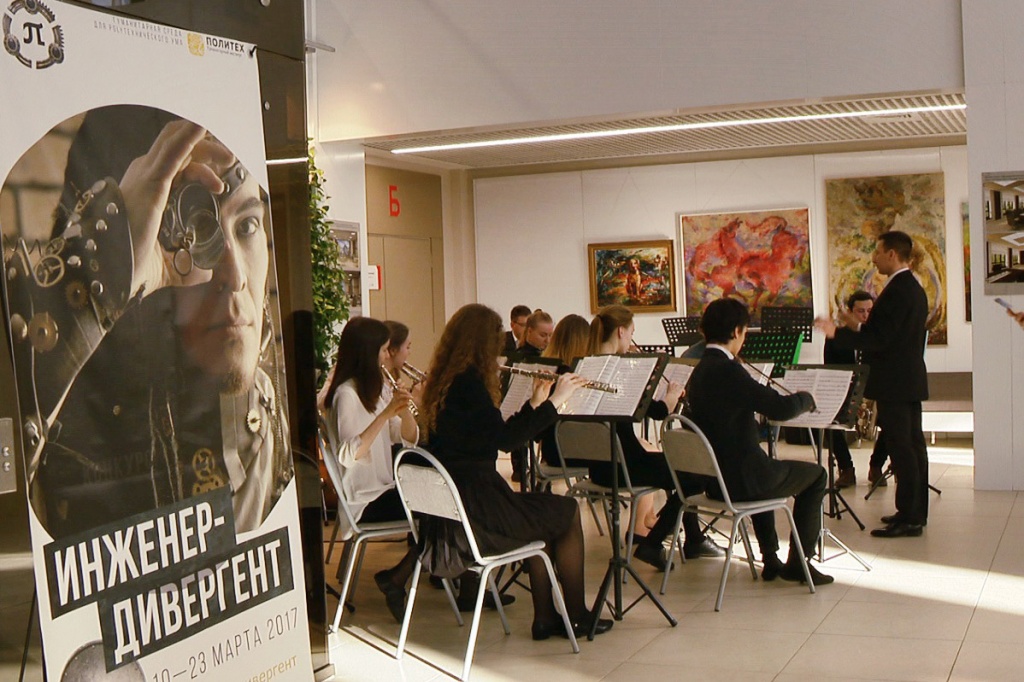 There has always been interaction between young men pursuing technical majors and humanities’ majors, just think of student construction brigades, the Club of the Merry and Resourceful, joint sports events. But today they have taken on a different shape. 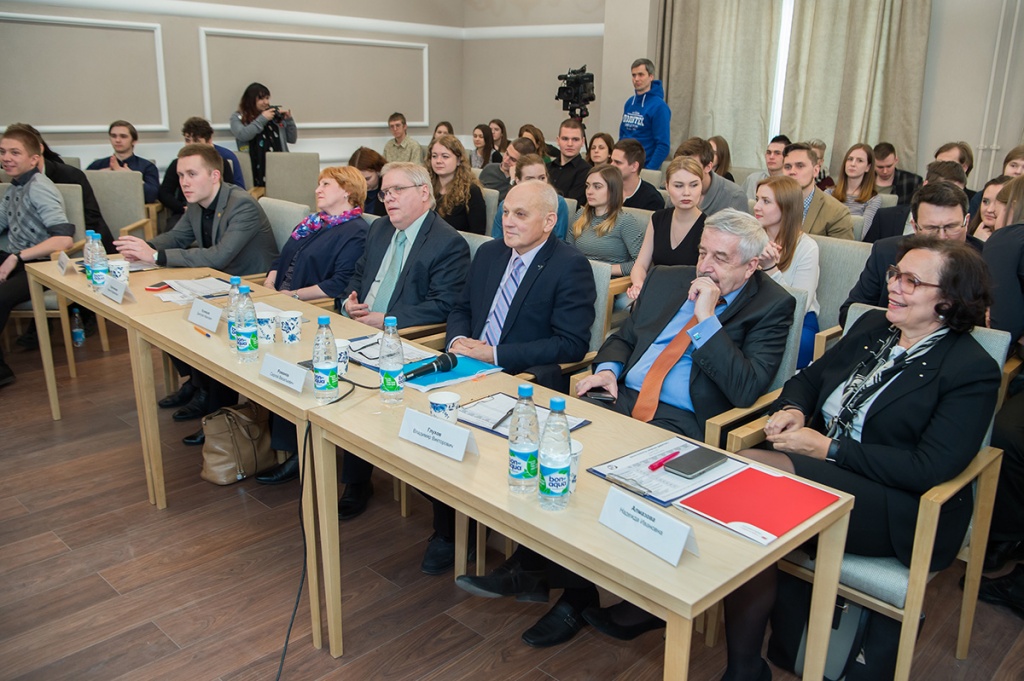 The final challenge the students had to face was the project for environment transformation from micro-space to the expanse of the university campus. Shortly before the finals Vice-Rector for Administrative Affairs Mr. S.V. Romanov met the participants to fill them in on the plan of strategic development of the university up until 2025 and the changes to occur on campus. It is worth saying that the pre-contest time was quite eventful, the preparation included lectures on technocultural issues given by the best teachers of the university for all the contest participants and acting tips for the finalists from the members of the student theater and the department of “Applied Philology”. 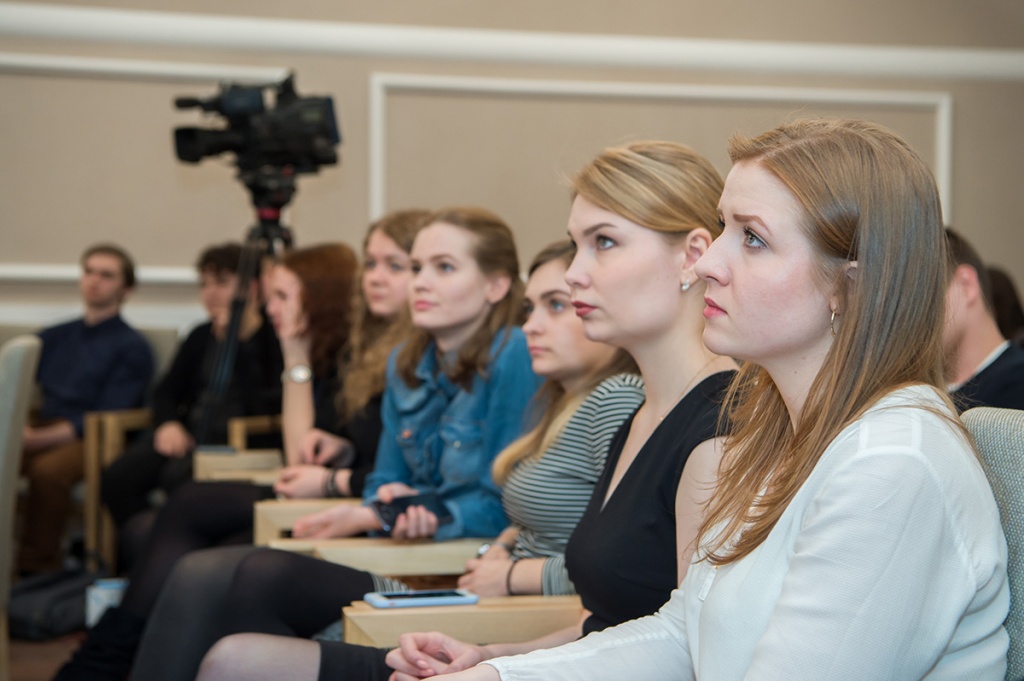 All the participants had a chance to show off their artistic side while working on the project. The first year IMMET student Fiona Petrovskaya’s plan suggested the transformation of the boiler house into a loft space for temporal exhibitions. Ekaterina Vlasova (ICST) and Maria Trifagina (IMMET) carried out an environmental project which offered ecological solutions for campus sustainability. IETS student Kirill Suetnikov’s project was about creating a local thermal power station which can be used for professional practice of students.

However the central problem remains the passage between the university buildings of the huge campus which has access to four metro stations. The most accomplished and innovative project was presented by the second year student of ICST Evgeny Timoschuk. It was he who won the title of the best divergent engineer of SPbPU. The project is called “PolyWheel” and aimed at encouraging transport mobility of students and academic staff by using monowheels. The young man has even foreseen the problem of storage by including in the plan some parking areas in the main building, the Science and Research Center and the sports center. Evgeny has pointed out the benefits of mono-wheels by making the financial analyses and calculating the full cost recovery. 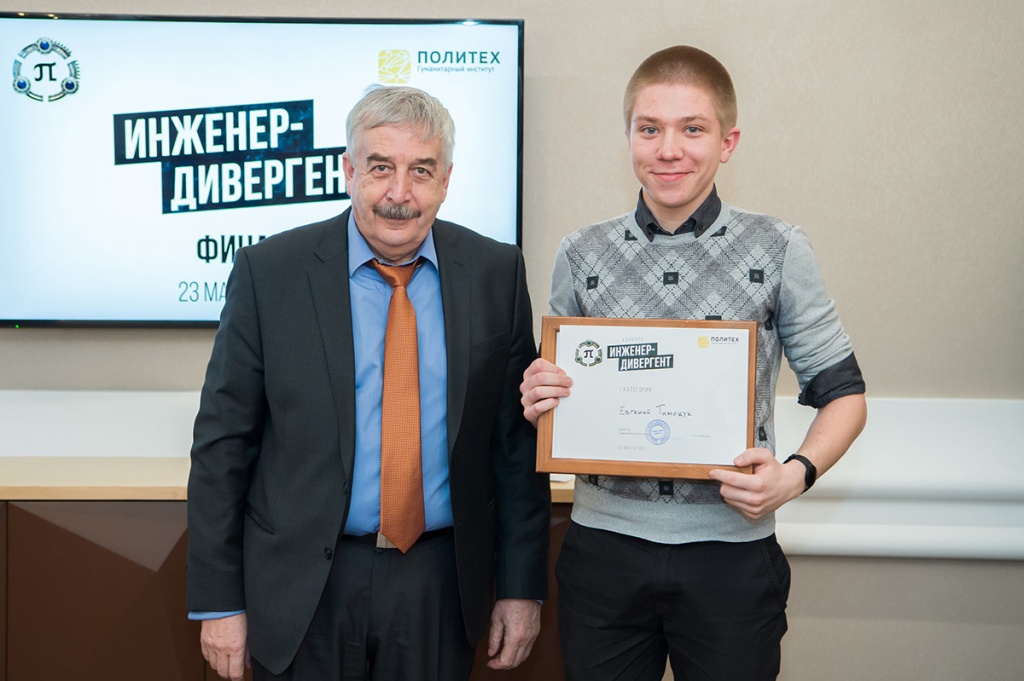 The second place went to the second year student of the Institute of Computer Science and Technology Deniss Posmetny who came up with a more traditional solution to the problem. He thought of the concept of an autonomous 24/7 on-campus bike rental. The third place was taken by another ICST student Inna Seledtsova and her project “Eco-friendly resort” which suggests creation of quiet zones on campus where internet and mobile phones will be banned. 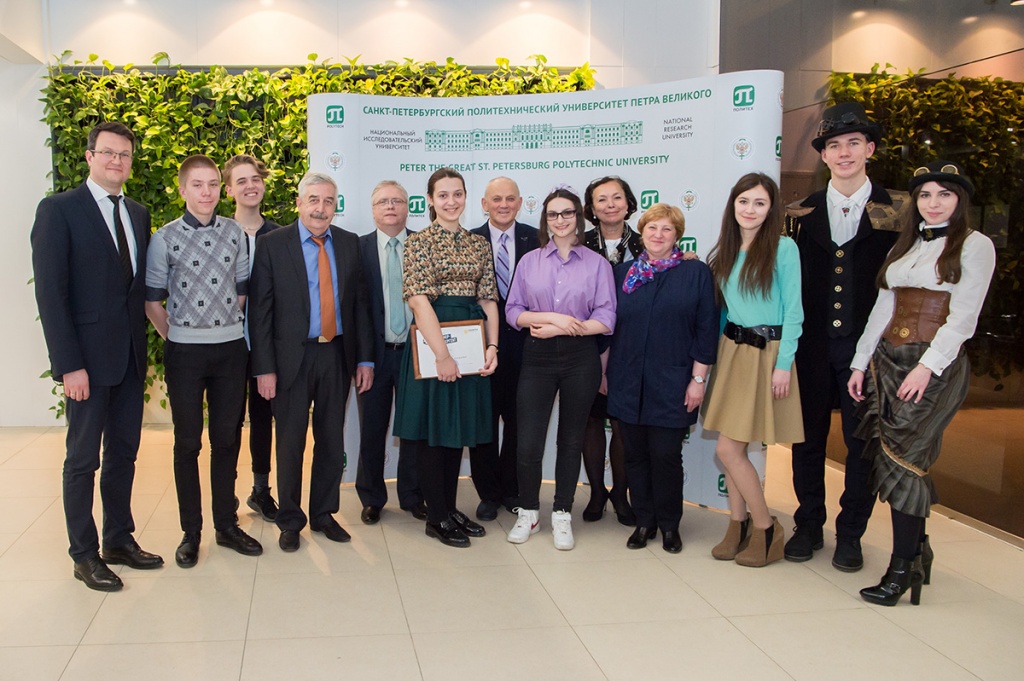 The awards were handed out by the first vice rector Mr. V.V. Glukhov, he had two diplomas for each winner. One identified the participant’s position in the contest, while another proved the eligibility for a monetary award funded by SPbPU (the first three position received 30 000, 20 000 and 10 000 rubles respectively). Vice-Rector for Administrative Affairs Mr. S.V. Romanov invited the winners to take part in the discussion of the ways to carry out the projects in focus. ‘You should start changing the world by changing yourself first’, - remarked Mr. Romanov, - ‘The Polytechnic University is eager to provide both advice and involvement to encourage innovation’.