The press tour held covered the topic of the university embracing the industrial revolution 4.0. The tour was initiated by the information service group “Interfax” and the media center of SPbPU. The tour was supposed to demonstrate accomplishments of the research university and assess their relevance for the new economic policy leading to the fourth industrial revolution. 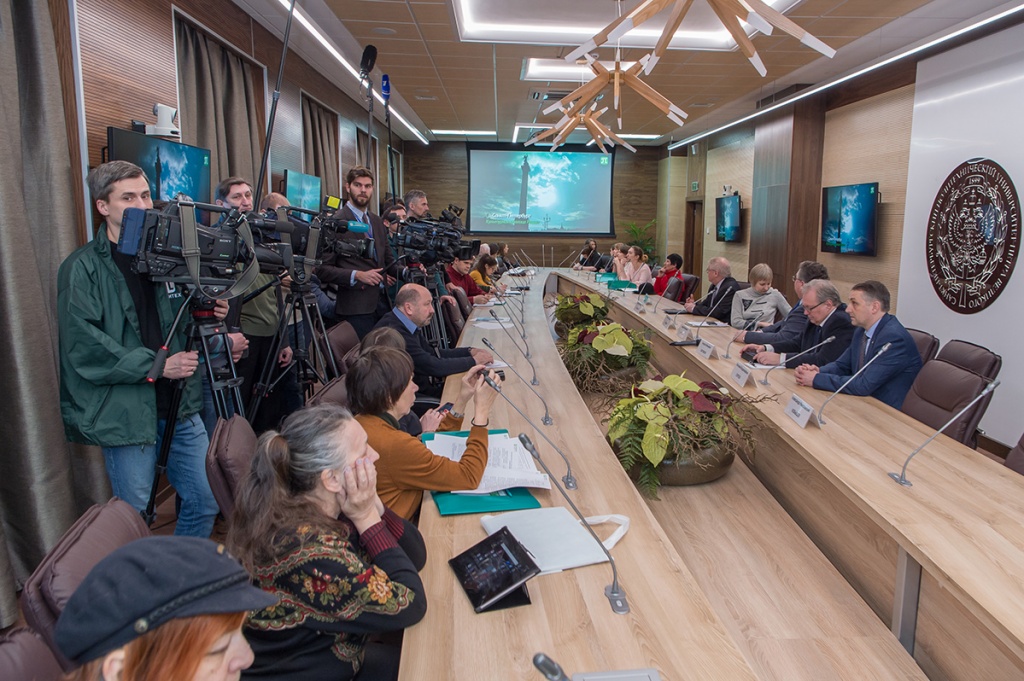 Mr. Rudskoy pointed out the role of the university as a multifunctional institution that was officially recognized as national research university in 2010. The board’s principle goal is to create a brand new type of university that would employ multidisciplinary scientific research and technologies for the benefit of the most competitive fields of national economics. At the same time keeping up with the world’s largest economies in the long run will mostly depend on the Industry 4.0 technologies. 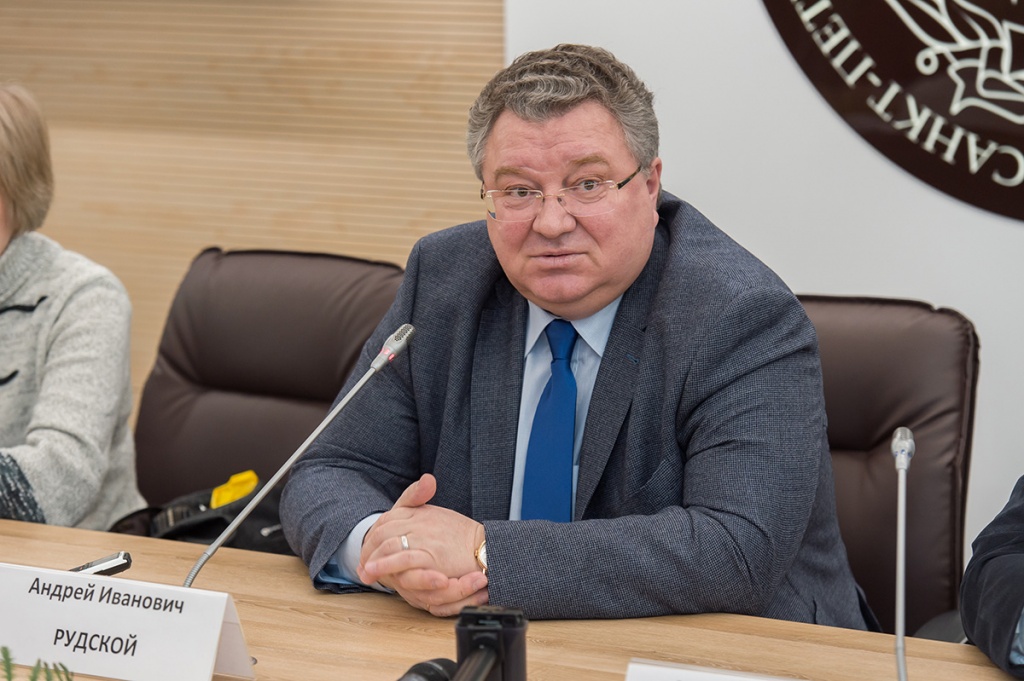 It will call for a new kind of knowledge and experience on the part of the engineering specialists which has already brought about a dramatic change in the traditional training programs. “We focus on fostering the engineering elite, so we have upgraded laboratory facilities, reconsidered our research priorities and teaching methods. The principle we hold on to is “education through research,” – stated Mr. Rudskoy. 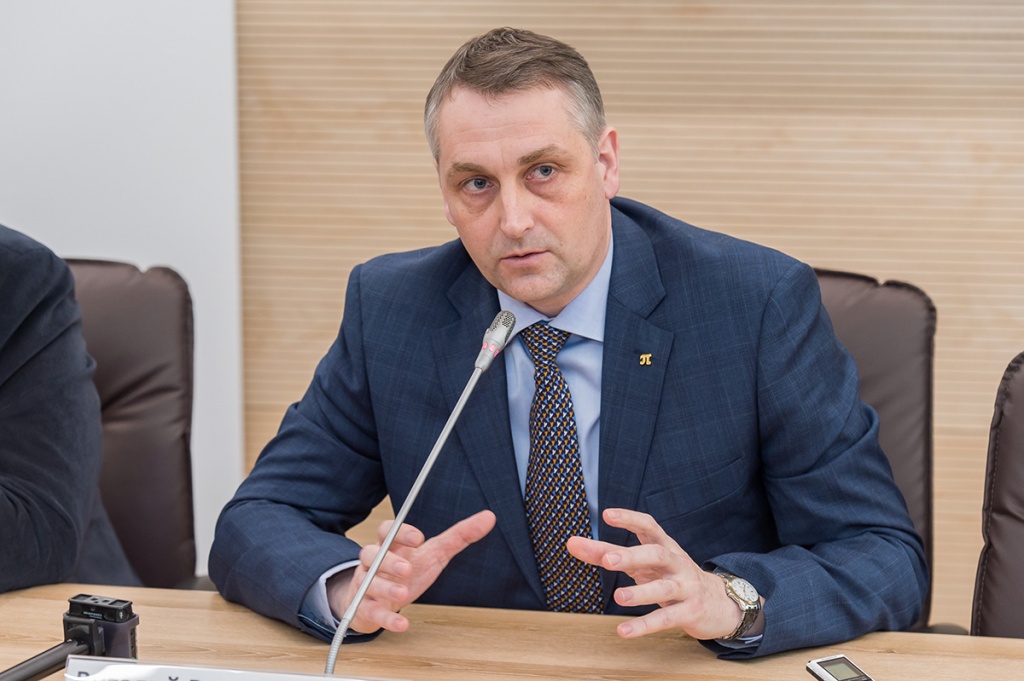 Many countries strive toward Industry 4.0. The world business leaders have been implementing digital and robotic systems which are destined to bring about new reality. According to the vice-rector Mr. A.I. Borovkov, one of the ways to hasten the onset of the Industry 4.0 era is to go global with the access to world markets as an inevitable result. “Being a Polytechnic university we have wide-ranging interests. But high-tech industry known for its competitiveness and efficiency remains the apple of our eye,” – explained Mr. Borovkov. 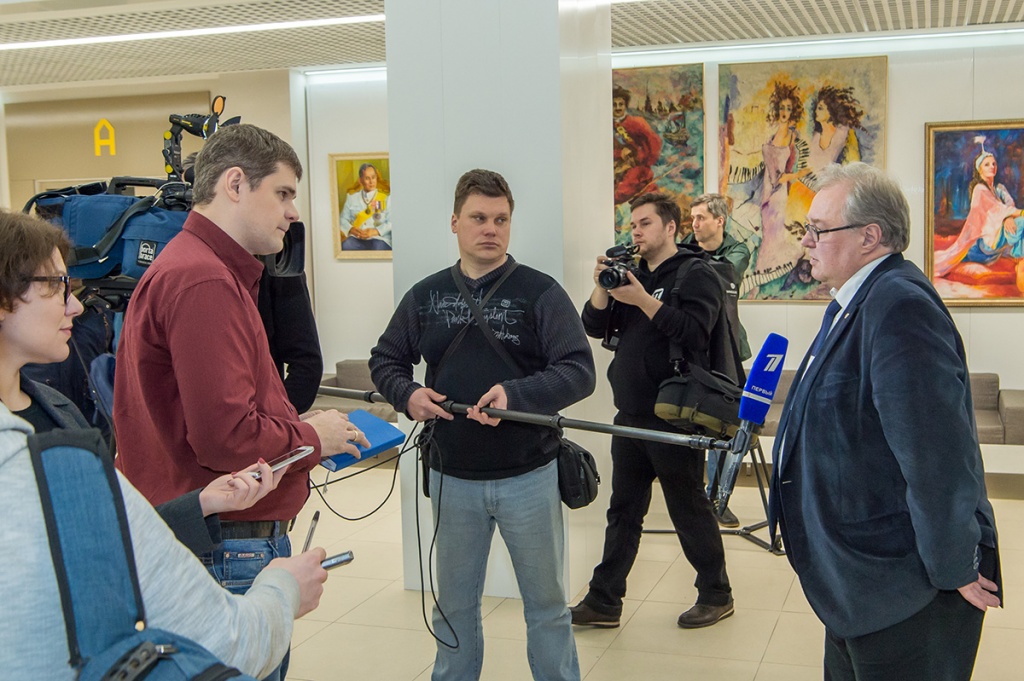 St.Petersburg Polytechnic University today is the driving force behind the development of advanced manufacturing technologies which were set in motion in September 2014. TechNet is a cross-industry and cross-market trend. “The concept offered within this trend is the “ factory of the future,” – continued Mr. Borovkov. He says factories will be divided into three types – digital, smart, and virtual ones. A digital factory implies the digital planning of products, processes and production. A smart factory is based on automation of the production processes. 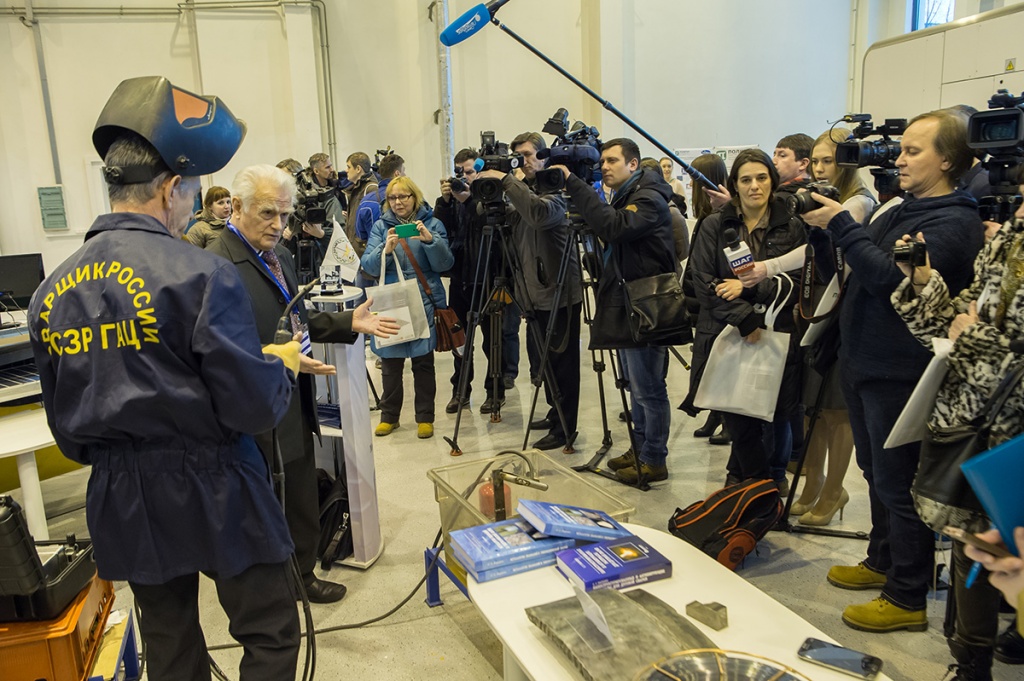 Once the affect of the human factor on the production performance is reduced, the quality of the product improves. A virtual factory represents a community of dozens, if not hundreds, of factories, each focused on what it does best, all linked by an electronic network and exchanging information about inventory levels and delivery schedules. “Digitality is the pillar for its core competency and competitive advantages, whereas the additional competencies are ensured by chain suppliers. The concept of “smart factories” has been integrated in the digital economics which have become a focus of a top-level discussion in Russia.

The presentation was followed by a campus tour which introduced the university accomplishments. The tour made a stop at the laboratory of lightweight materials and constructions for the display of the unique five coordinate metal complex for friction wielding. 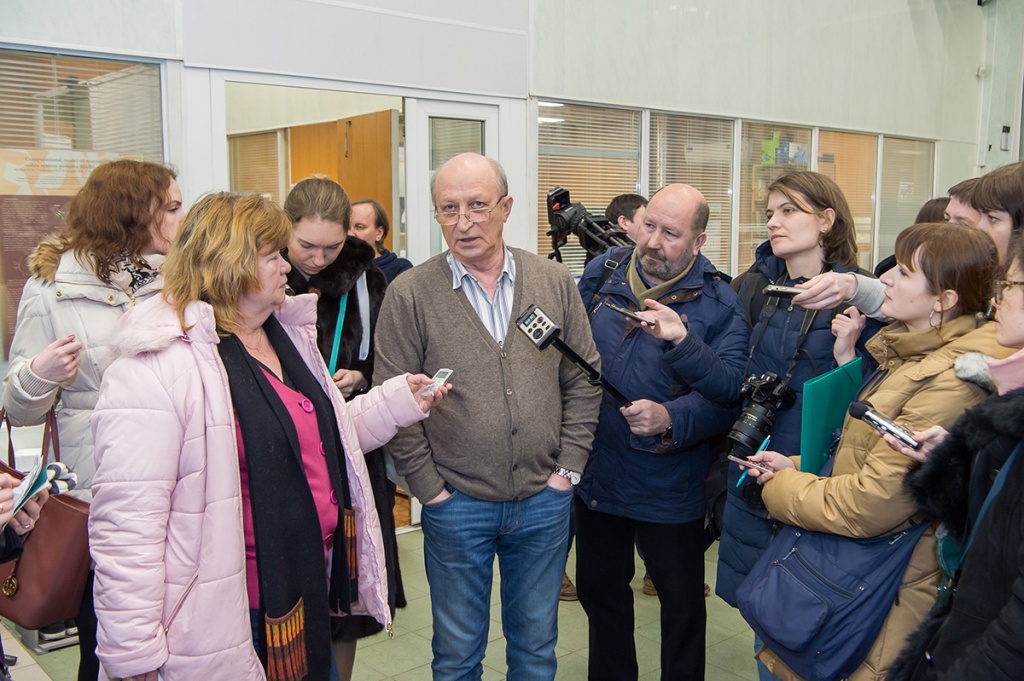 From there the tour proceeded to the Research Complex of “Nanobiotechnologies” which comprises several laboratories and the center for the collective use of technologies “The Analytical center for nano- and biotechnologies”. The director of “Nanobio” Mr. M.A. Khodorkovsky spoke of the research into the composition and structure of complex biological objects, their cellular and subcellular functions. “We are engaged in the study of CRISPR-cas systems which are bacterial systems that may be used for genome editing vital for the treatment of genetic disorders. There is a great chance that genome editing can be performed on adults as well as on embryos”, - comments Mr. Khodorkovsky. 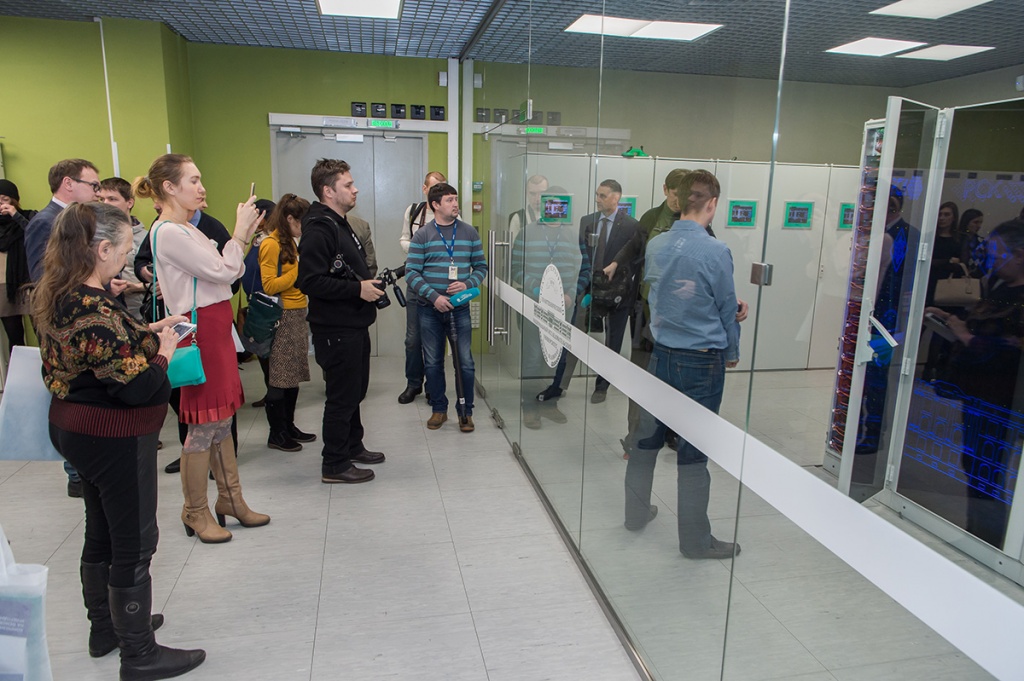 Wrapping up the tour the journalists visited the Supercomputer center “Polytechnichesky” and inspected the machinery. The director of the center Mr. A.A. Lukashin revealed that the Computer Center is the third most powerful in Russia next to “Lomonosov” of MSU and the supercomputer of Sarov Nuclear Center. Unlike the other two supercomputers, “Polytechnichesky” was designed strictly for engineering purposes. The scientists within the university and outside may exploit its advantages to find solutions to the problems in mechanics, hydro- and aerodynamics, solid physics, plasma physics, material science, electronics, quantum chemistry, biophysics and biotechnologies, bioengineering, astrophysics, chemistry, and radio electronics. 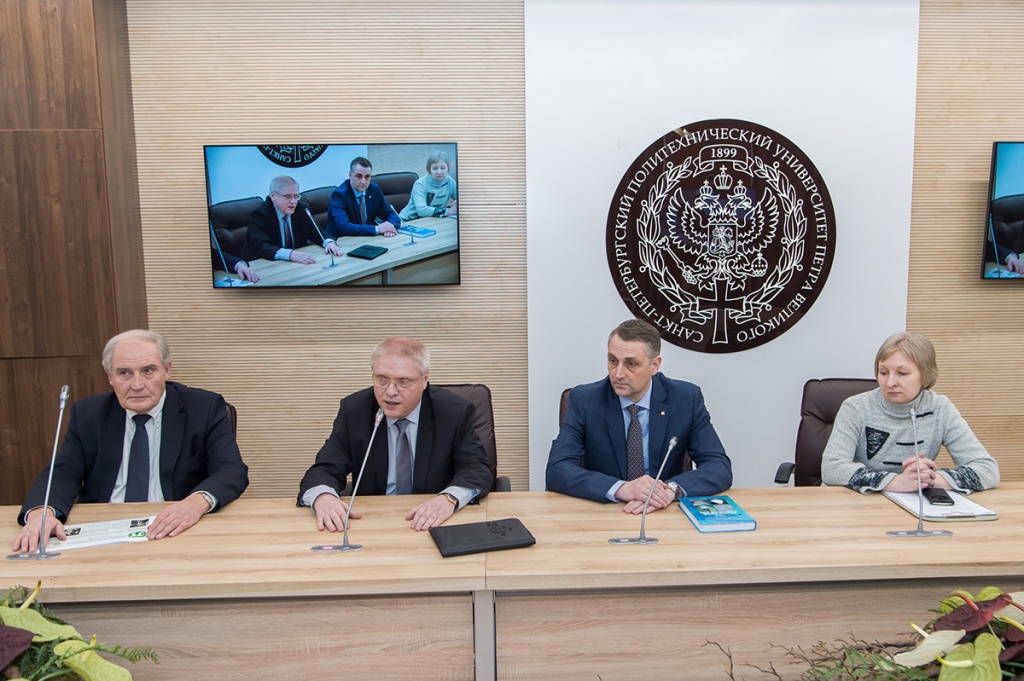 As the press tour drew to an end the vice rector and press secretary of SPbPU Mr. D.I. Kuznetsov thanked the journalists and emphasized the complexity of human-technology collaboration and the disastrous consequences faced by humanity in case technology falls into wrong hands. “We are now going through another industrial revolution when humans are being ousted by robots. Modern manufacturing isn't based on human labor anymore which has its own advantages. On the other hand, it creates a problem of unemployment. Obviously, an engineer requires a wide-ranging knowledge of mathematics, physics, engineering, and humanities. We count on your assistance to change the education standards, since you have the power to influence processes. Therefore, our cooperation to develop a better understanding of these processes is utterly important today”, - concluded Mr. Kuznetsov.