It was another student festival held at Polytech that brought together students from various SPbPU institutes as well as universities across the city who came up on the stage of the concert hall of the Higher School of International Educational Programs to partake in this annual cultural project which goal was to promote open-mindedness, friendship, mutual respect and understanding. 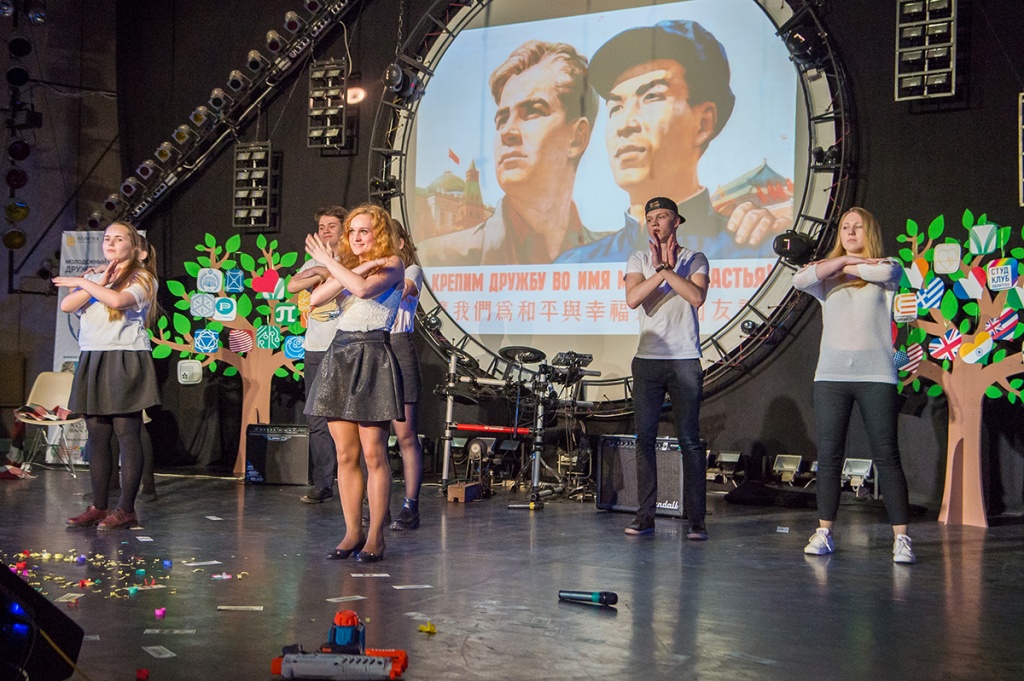 Once again the festival was initiated by the cultural center “Harmony” of SPbPU. Preparations took months of hard work and rehearsals. But things do not always happen the way we plan when circumstances are beyond our control… The terror attack that shocked ST. Petersburg but didn’t break its spirit influenced the decision to make the logo “Bring peace to the world!” the main theme of the festival. “We are youth that stands for peace and love that will fill our hearts and every far-off corner of the planet! This is our message to the people of the world”, - explained the organizers of the festival. 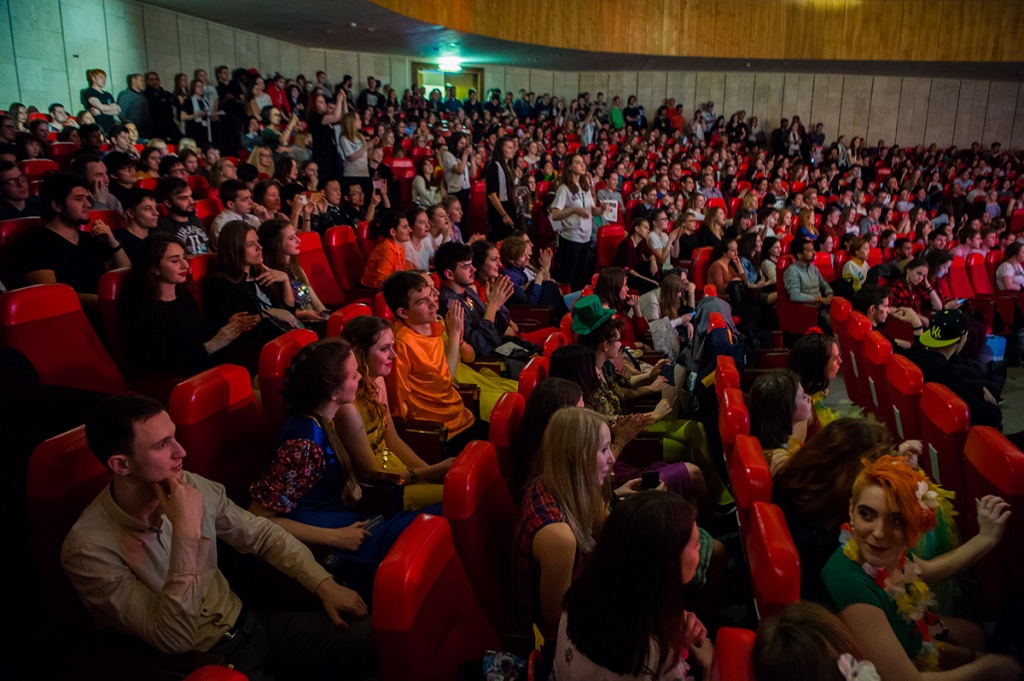 This year the festival saw new contestants representing The Herzen State Pedagogical University and St. Petersburg State University of Technology and Design. During their performances the teams portrayed one of the twelve countries of their choice. 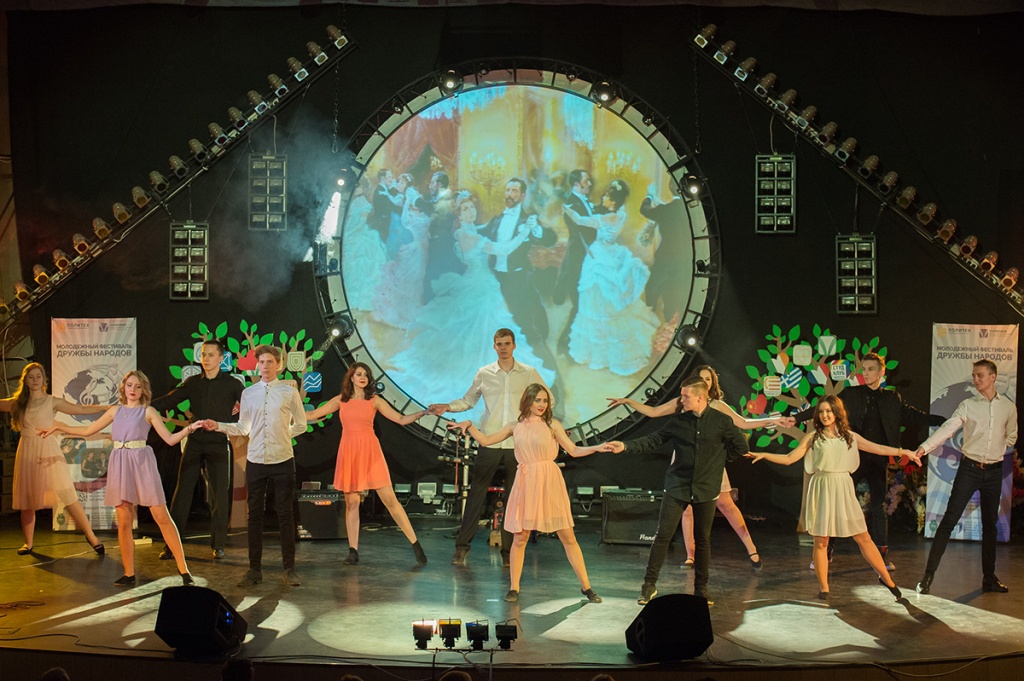 Each participant had his own reasons for choosing this country or another. “When we think of this country, we visualize far-stretching fields and the blazing sun”, - explained the students of the SPbPU Institute of Computer Science and Technology who portrayed Italy. “France possesses a unique, refined culture. By choosing this country that is considered the cradle of refined taste and fragrance we hoped to be able to release our full artistic potential and give a decent description of the country”, - said the students of the Institute for Military Engineering and Safety Research (IMESR). 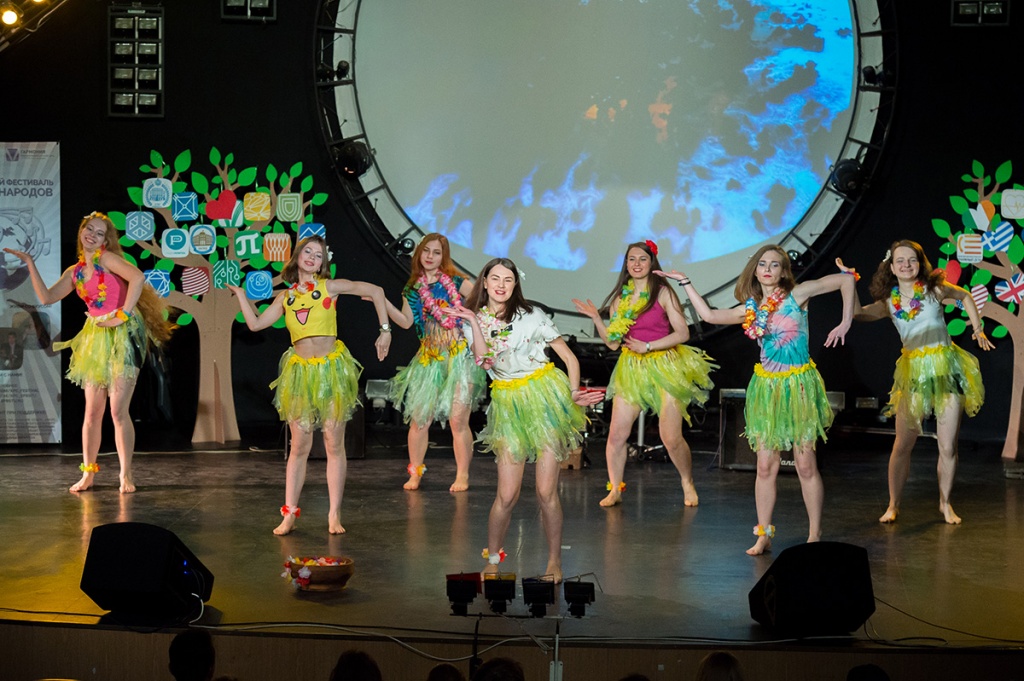 Besides Italy and France there were portrayals of Hawaii, Greece, Ireland, America, India, Great Britain, Russia, China, Brazil, and even the countries of the African continent. Characters of the countries’ folklore and literature, famous people who lived in different times emerged on the stage. Most performances were filled with jokes and energetic dances. 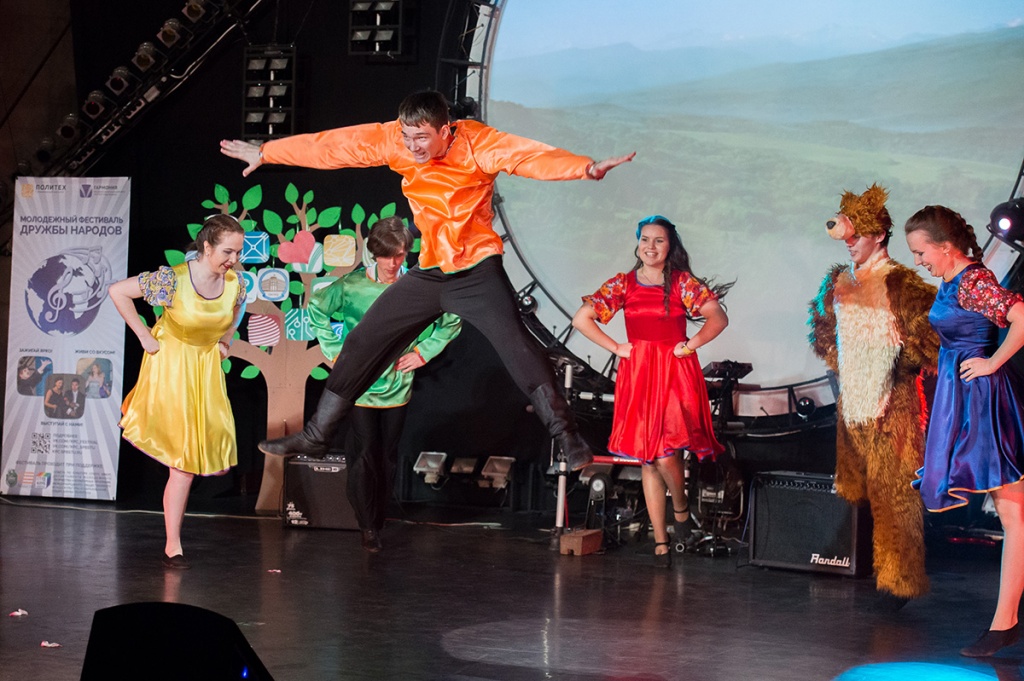 There was also place for serious things: students of the Institute of Metallurgy, Machine Engineering and Transport who represented Africa performed “I won’t be afraid anymore”, the song that touched the hearts of the audience. The team of the High School of International Educational Programs who represented Russia began their performance with a moment of silence in the memory of the victims of the terrorist attack on St. Petersburg subway. They proceeded with the famous “Hallelujah”, and the audience was singing along. 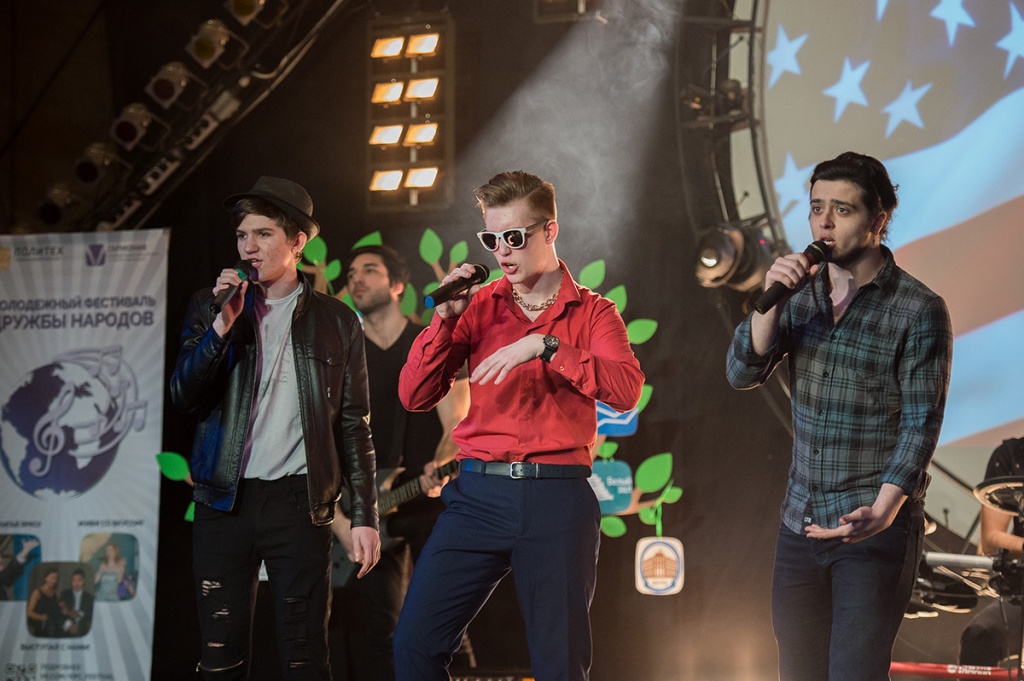 All performances were excellent because they all led to thinking about unity and friendship. This year’s winner was the team of the Institute of Energy and Transport Systems of SPbPU with their portrayal of the United States. The IMESR team was recognized for the best festival promo video. 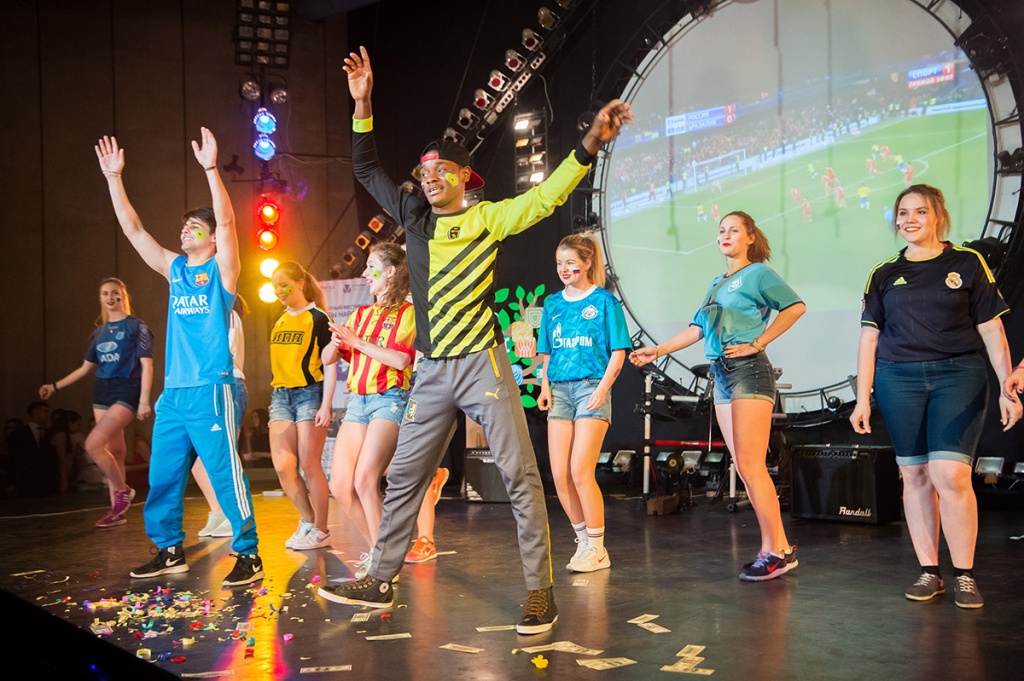 The youth festival is over but it is not likely to be forgotten soon by either participants or guests. It won’t be long till the preparations for the new festival will begin which means we should expect new artistic ensembles and discoveries. “Boundaries are conventions. There is a silver lining in every cloud, what we have known to be routine can turn spectacular and joyful. Join us and you will never be bored!” – admonished the coordinators of the festival. 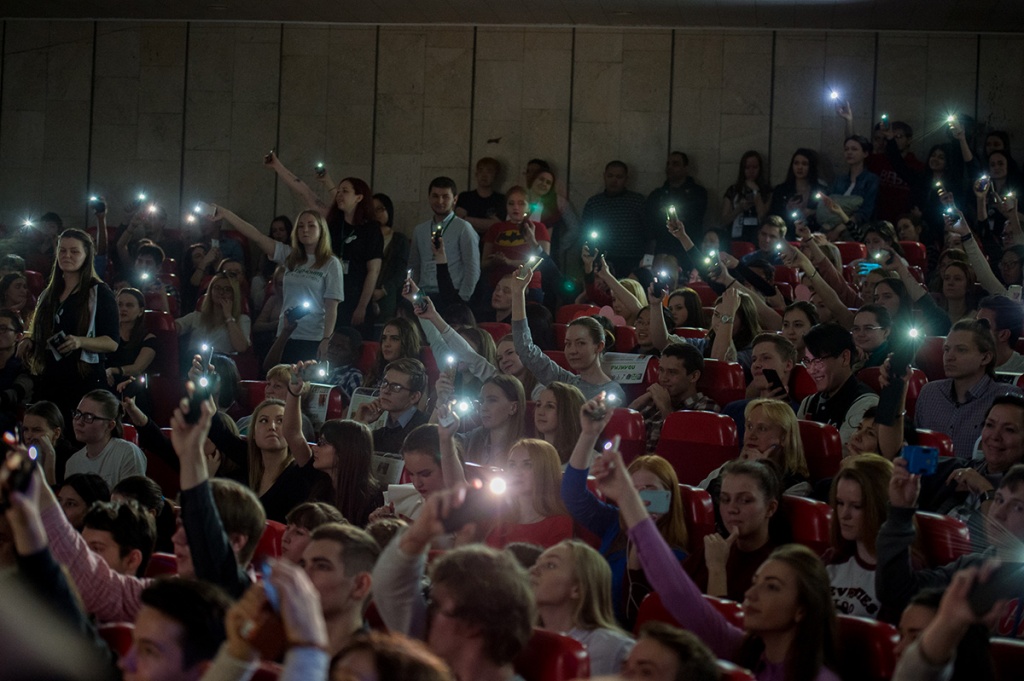