The Dutch city of Delft is an outdoor museum known for its rich collection of historical monuments. But it is not only the best destination for arts and culture, it is also a home to many sciences. The city grew in size back in the 19th century and turned into an industrial center. Today it is one of the largest centers for high technology in the Netherlands. The science truly thrives here thanks to the support provided by the Netherlands Organization for Applied Scientific Research (TNO) and Delft University of Technology. The university is the largest and oldest in the country, it was founded in 1842 by King William II. Today it offers a variety of engineering majors, such as marine engineering and architecture, electronics and aerospace technology, civil engineering and industrial design. The student population of the university is 21 000 people, and as many as 3000 academic staff members work here. The university holds 62nd position in the world QS ranking and the third position in the QS subject ranking for architecture. 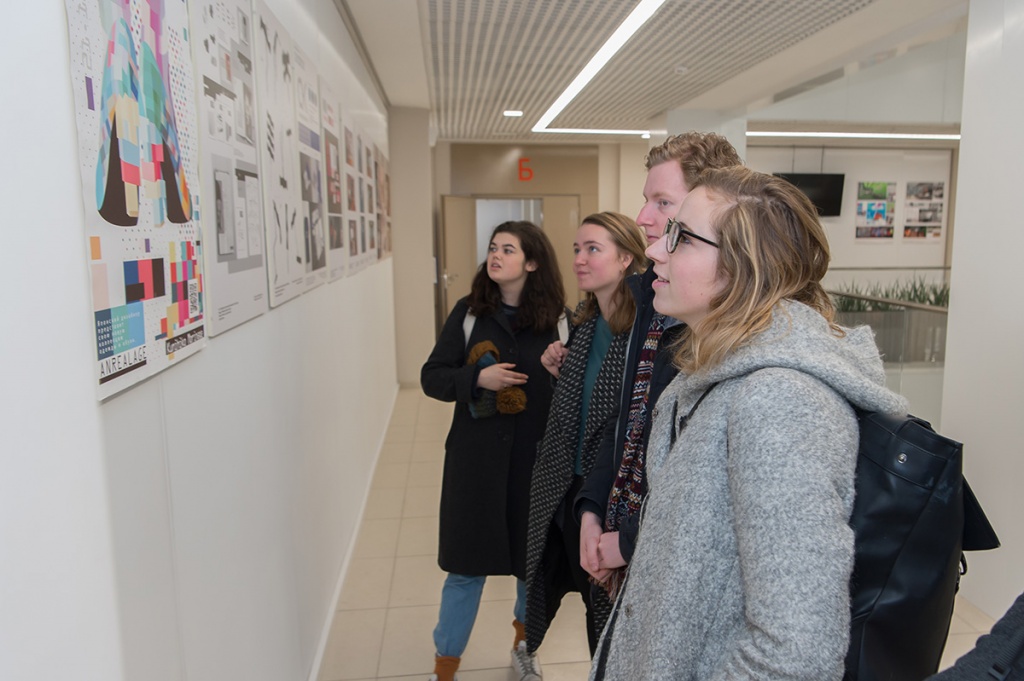 Financial support offered by the Dutch government is a large investment into the education of young designers. It covers the overseas training at the universities around the world which enables students to acquire international experience. A group of would-be designers, 29 bachelors majoring in Industrial design at Delft University of Technology, came to SPbPU to learn of the accomplishments of their Russian colleagues, students of the Institute of Metallurgy, Machine Engineering and Transport majoring in Engineering Graphics and Design. 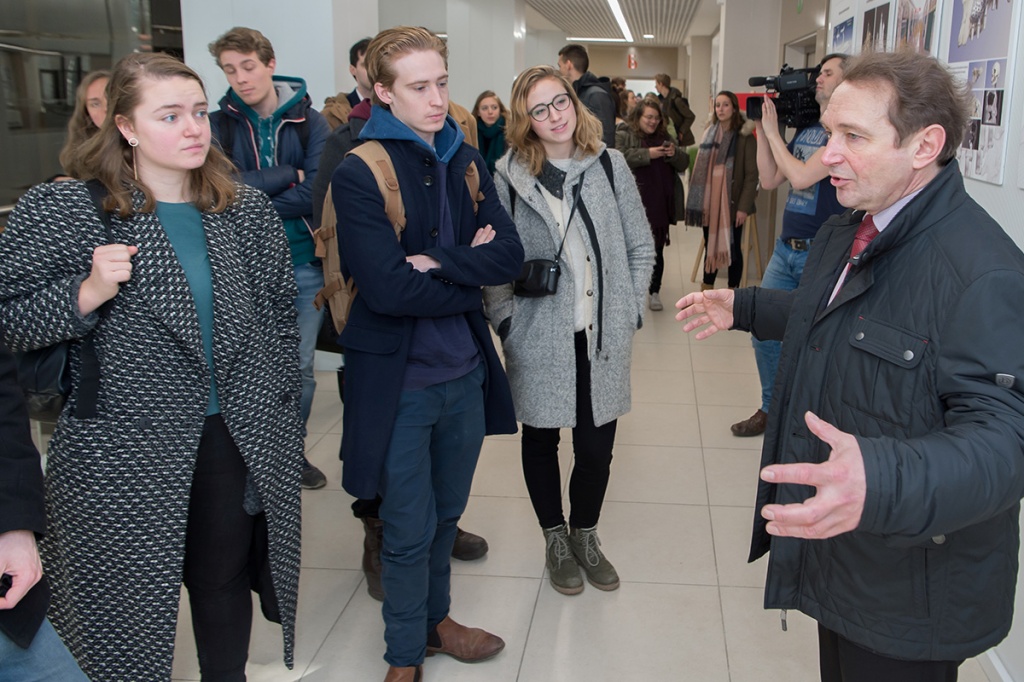 Polytech has maintained cooperation with Delft University of Technology since 1999. Both universities are involved in scientific research. They also signed an agreement about student exchange in December 2016. A tour of the campus for the Dutch students was given by head of the department of Engineering Graphics and Design Mr. V. Ivanov. 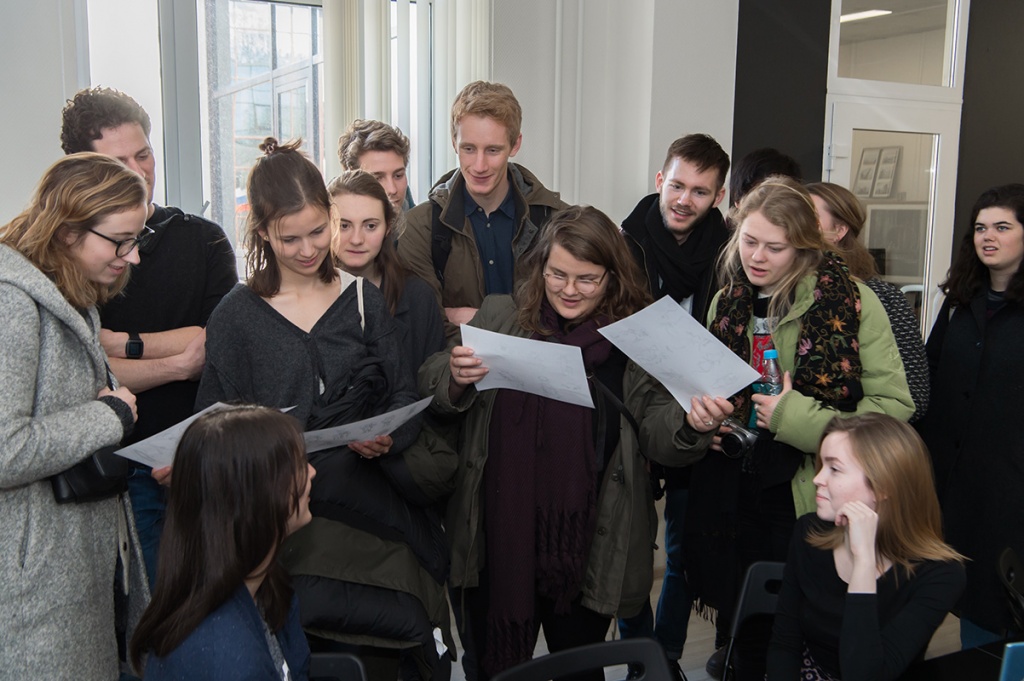 The guests saw students diploma projects displayed at the Science and Research Center and attended a class of the senior bachelor course. Mrs. T. Diodorova, associate professor to the department of Engineering Graphics and Design, told about the principal fields of study available at the university. In return, the visitors told of their university, the faculty of design, and the structure of Bachelor’s and Master’s programs. Unlike Russian system of education a Bachelor’s program in the Netherlands takes 3 years and Master’s 2 years to complete, bachelors can choose their major in the last year of studies while their principal tuition begins in the Master’s course. Polytech students showed their designs that would later be used for their diploma projects. The guests played a video containing a demonstration of their diploma projects in the area of industrial design, such as an ambulance drone or a foot stabilizer device. 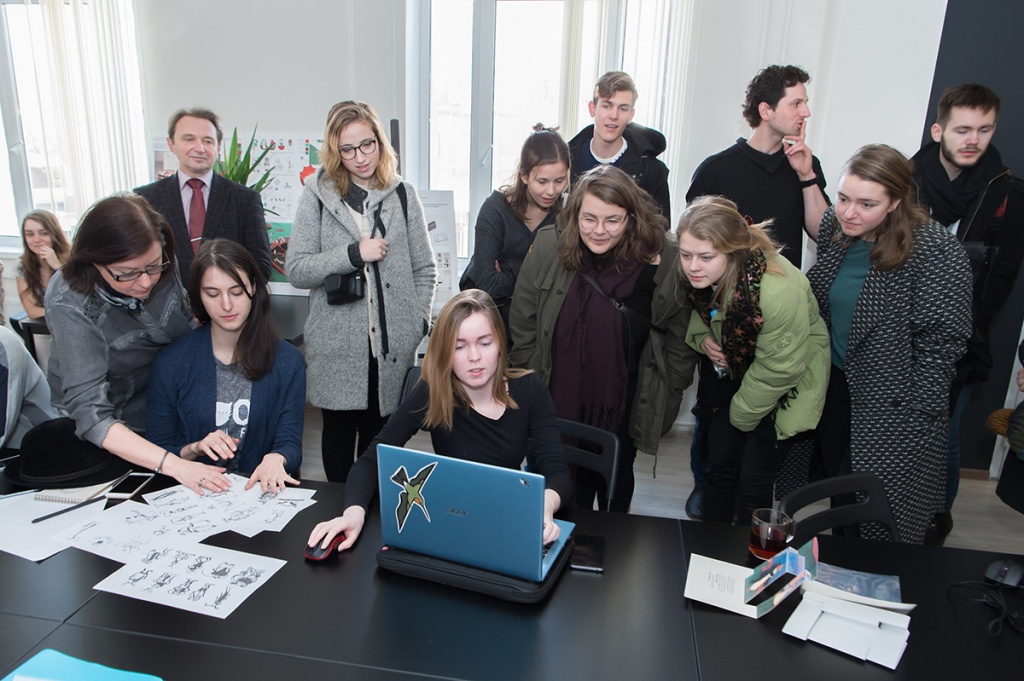 Elisa, the student of Delft University of Technology, shared her impression of the visit and revealed the reasons for her coming to St. Petersburg: “Our colleagues from Eindhoven University of Technology have earlier been involved in successful cooperation with your university. We decided to take their advice to get to know the university during our visit to St. Petersburg. Today we have learnt so much of the work and projects carried out by the department of Engineering graphics and Design. What makes this information even more valuable is the fact that Graphic Design is missing from our list of available majors. Hopefully, an opportunity arises for us to embark on a joint project given both our universities have an array of exchange programs”.