Several decades ago Isaac Asimov formulated the “Three Laws of Robotics”, and since then the quality of artificial intelligence has increased dramatically. There is a huge number of mechanisms aimed at making our life easier. Needless to say that the most advanced invention is the robot. Vacuum cleaning robots, surgical robots, robot cars are all becoming an inherent part of our daily lives. However, the prospects of robotics are truly infinite. It helps to expand the horizons of the future, which might be created – and, possibly, in a really short time! – by one of the students who took part in the robotics competition organized by the Polytechnic University. 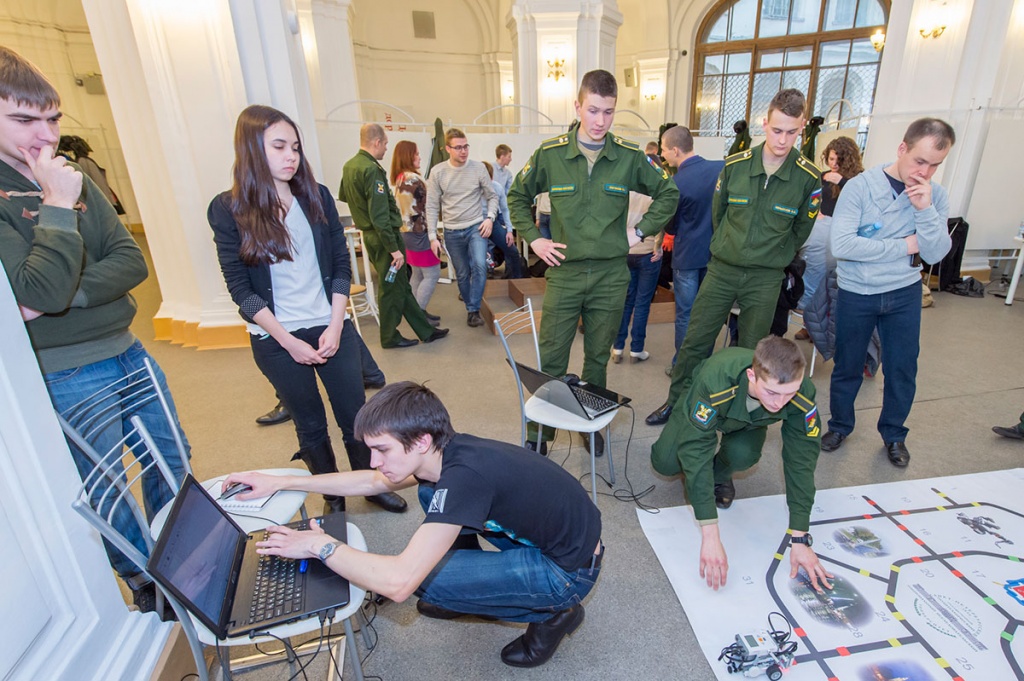 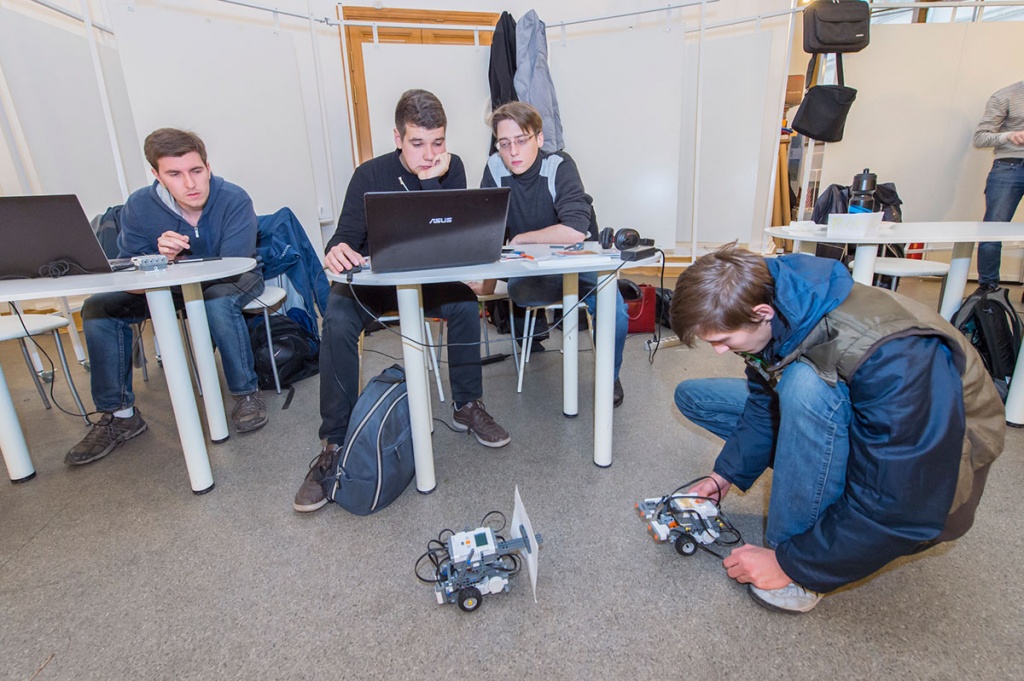 The students demonstrated remarkable resourcefulness, theoretical knowledge and erudition, as well as their practical skills in the sphere of robotics. The tasks tested their abilities to design, make projects, program robots and use their algorithmic and spatial thinking. The competition included two nominations: theoretical and practical skills in the sphere of robotics. The first nomination presupposed individual competition – the students prepared written answers to seven questions, which allowed assessing their skills concerning the solution to systemic problems related to designing robots and their interaction. The written answers were given special codes and were assessed by the panel of experts chaired by E.I. Yurevich, Professor of the Department of Mechatronics and Robotics (affiliated to the Central Scientific Research Institute of Robotics and Technical Cybernetics). 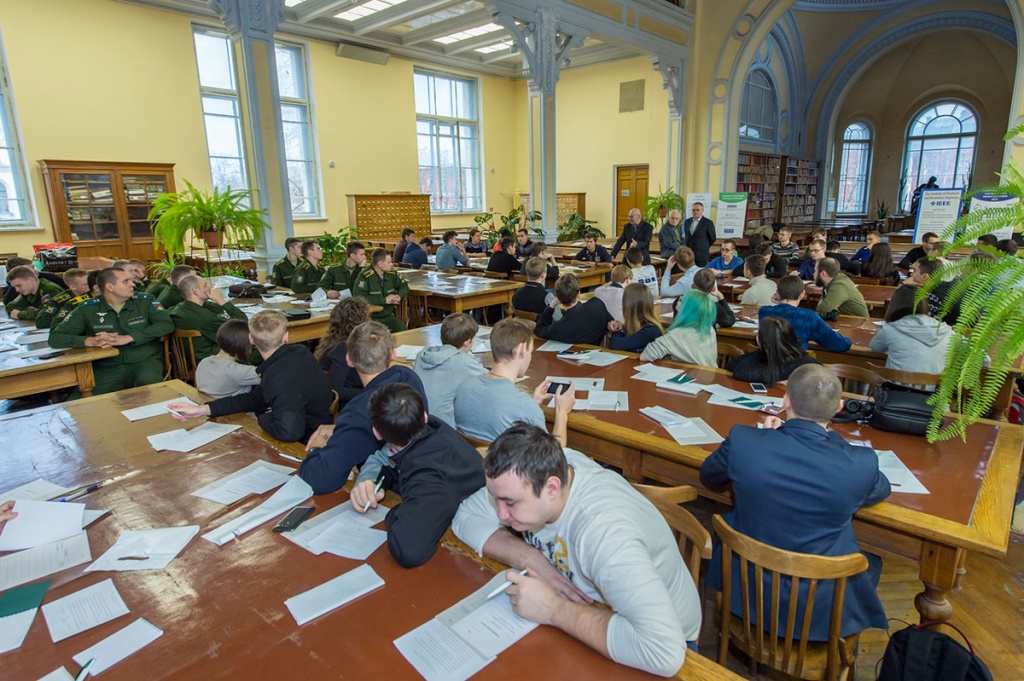 The nomination “Practical Skills” was meant for teams of three people from each university. All in all, there were 23 teams. The participants demonstrated their skills in managing a robot’s motion, they were asked to develop four programs – contour motion of a robot, motion following a leader, a program for searching tags and a program for motion in the labyrinth. LEGO NXT 2 kits were used during this competition. These are special kits of mating parts and electronic components for creating programmed robots. The kits included standard LEGO parts (beams, shafts, wheels, toothed wheels) and sets of sensors, engines and a programmed module.

The results of the nomination “Practical Skills” were announced at the end of the day. In the competition “contour motion of a robot” the first three places were held by the following teams: Voenmeh-4, Voenmeh-1 and Polytechnic-3. The competition “motion following a leader” was won by the teams Polytechnic-3 and ITMO-3. In the competition “motion in the labyrinth” the winners were Polytechnic-3, Voenmeh-2, ITMO-2 and Mozhaisky MSA-1. And, finally, the best teams in “searching tags” were Polytechnic-1, Mozhaisky MSA-2 and ITMO-1. The winners received certificates and presents. According to preliminary data, the team competition was won by the students of the Polytechnic University, the second and third places were granted to Voenmeh-2 and ITMO-3 respectively. The results of the competition will be finalized and the winners are to receive awards on 22nd November in the assembly hall of Saint Petersburg Electrotechnical University "LETI".