In 2015 Peter the Great St. Petersburg Polytechnic University once again won the competition of development programs of student's associations’ activities organized by the Ministry of Education and Science of Russia.

The competition of development programs of student's associations’ activities of higher education institutions was held already for the fourth time. Our university has become the winner and obtains annual federal support of its initiatives, confirming, thus, its leadership in development of student's self-government. 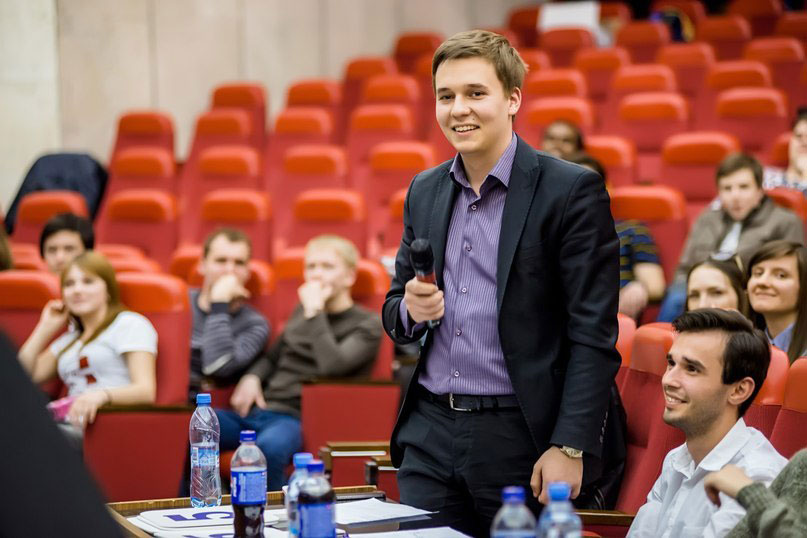 In total 217 applications from educational organizations were submitted for the competition this year, and 188 higher educational institutions were allowed to participate. During the final meeting of a contest committee, which took place on October 22, 2015, 145 educational organizations of higher education, including the Polytechnic University were recognized as winners. All of them will receive money to implement development programs of student's associations’ activities. The amount of the grant is up to 20 million rubles. This money is supposed to be used to implement student's initiatives which can be students' scientific societies, sports clubs, volunteer movements, interuniversity events and many other things.

The Vice-Chairman of the Trade Union Organization of University and Graduate Students of the Polytechnic University Artem Maryukhta tells us about what student's projects have already been developed thanks to the funds allocated by the Ministry of Education and Science of Russia, and what the nearest plans are.

- Artem, tell us about what student's associations are there in the Polytechnic University, and how many times the Ministry of Education and Science of the RF allocated funds to support their activities?

- There are some tens of student's associations in our university corresponding to such directions of the state youth policy as science and innovations, culture and creativity, students’ sport, volunteering, historical and patriotic education, students’ information resources, professional competences. The largest of them are the business-incubator "Polytechnic", center of youth technical creativity "FabLab", engineering and racing team “Polytech NCM”, Students' Scientific Society, Students’ Club, sports club "Politech", club of sport and technical creativity "Extreme", voluntary association "Vmeste" (rus.: Together), military and historical club "Our Polytechnic University", students’ media agency, public institute "Adapters", joint student council of dormitories, students’ groups and Trade Union Organization of University and Graduate Students. All these "giants" of students’ self-government are part of the Joint Council of University Students which, actually, forms and implements the Development Program of Students Associations Activities.

Our higher education institution has participated in the competition of the Ministry of Education and Science of the RF since the first year it was held. And since 2012 we annually appear among winners.

- What amounts are we talking about?

- Every year it is different. It depends on many factors starting from how important our programs are in the context of the state youth policy, and finishing with the economic situation in the country. But we steadily get into the first highest category of financing because we organize and hold international and All-Russian events. Year by year we develop activities of our students’ associations, we get experience in realization of various actions of our Program, it all increases our potential for participation in the competitive selection of the Ministry of Education and Science of the RF. Of course, federal support allows us to bring up the directions of our scientific and creative and educational work at a higher level. But the amount of co-financing of the programs at the expense of our own and raised funds is very important. Thanks to the support of students’ self-government on the part of the university administration, our program has a co-financing indicator more than 50%, which makes our application more competitive.

- Which projects have been supported yet?

- This year the majority of actions which initially formed the program were supported. These are our traditional annual events, but I would like to emphasise the unique projects realized by our youth. For example, in 2015 in our university an All-Russian conference on patriotic education of youth took place, which was dated for the 70 anniversary of the Victory in the World War II. In the direction “Science and Innovations” in the Polytechnic University the All-Russian School of Young Scientists was held, which included an educational program for Russian and foreign university students, graduate students and young scientists. It should be noted that all the projects received the highest grades of the experts. Therefore, in my opinion, we managed to implement all the conceived things. But we are not going to stop with what we have achieved so far, we will develop further and increase the level of the events that we hold. 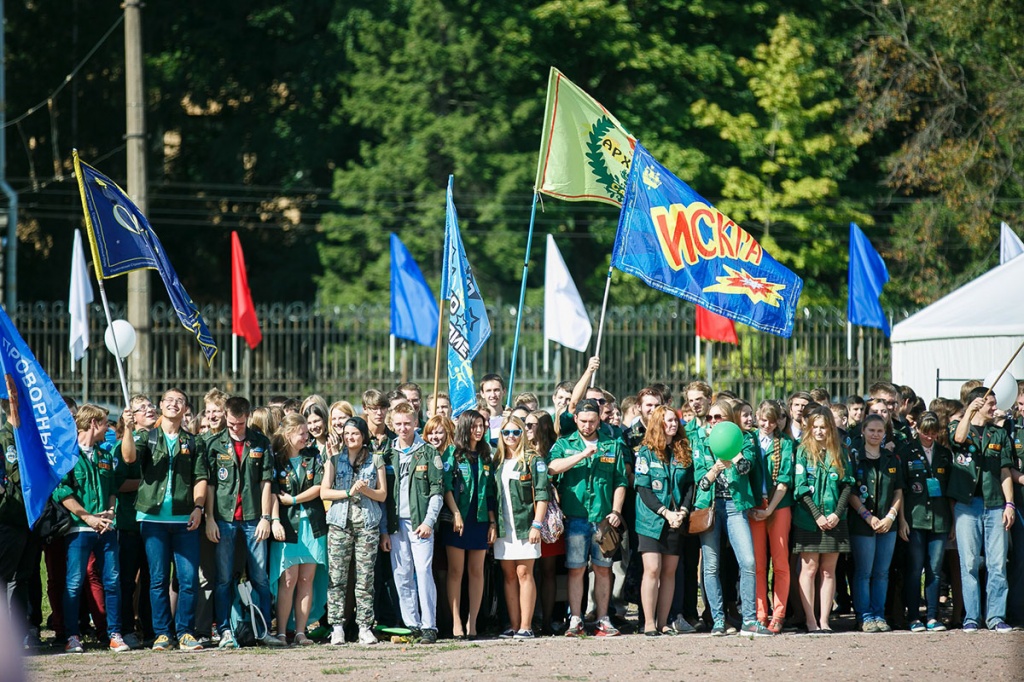 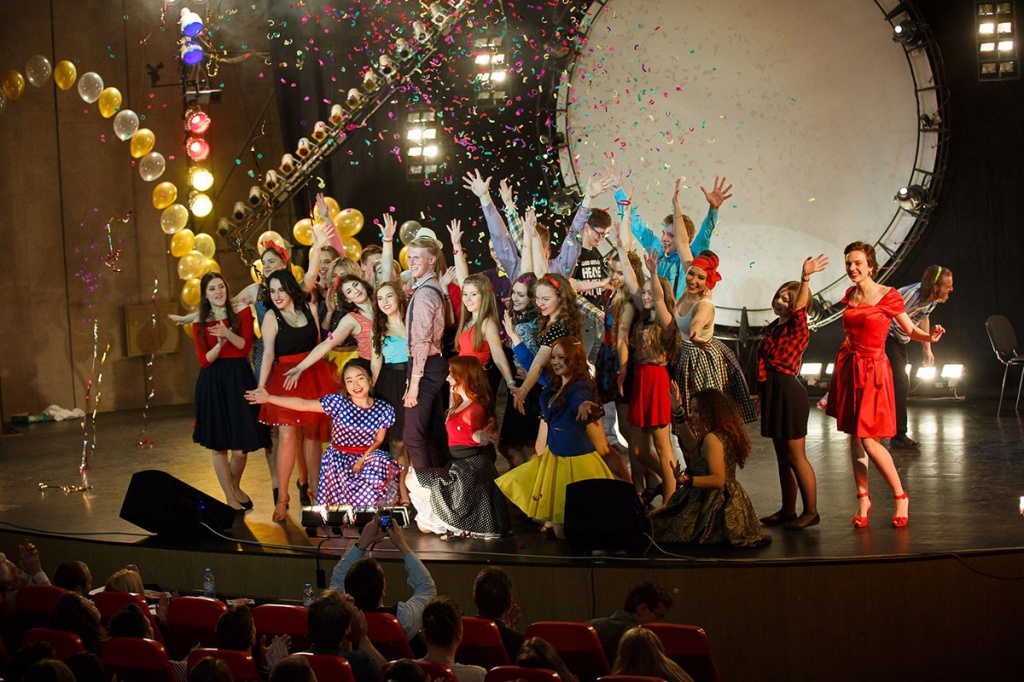 - What have you planned for the next year?

- We have planned a number of new regional and All-Russian events in 2016. For example, we are setting up the first and single in the North-West of Russia Center of Youth Patriotic Education, which will work in all the federal district. In support of students’ sport and healthy lifestyle the Polytechnic University will host the All-Russian final of the National Students’ Football League-2016, and also the Center of Students’ Basketball Association Development will be set up. To increase the level of students’ competences in the sphere of social standards and students’ rights it is planned to hold together with representatives of the Ministry of Education and Science of the RF a seminar of the chairmen of the students councils of the Northwest Federation District in order to deal with social and economic problems of non-resident students. In the nearest future we are going to start the All-Russian international youth project "Development of International Interaction and Civil Identity Education ". As you can see, the bar for the next year is set high, and we will try to meet the expectations.

- How can the students of our university participate in implementing the above-mentioned programs or some other youth projects? What to begin with and who to address?

- As I have already said, in the Polytechnic University there are a lot of students’ associations dedicated to the most various subjects such as sports, culture and education, patriotism, volunteering, science, and so on. The largest of them are a part of the Joint Students’ Council of the University Students, which, actually, forms and realizes the Development Program of Students’ Associations’ Activities. Each of our students’ associations has a page in VKontakte. Besides, on the official web-site of the Polytechnic university soon there will be created a special section containing full information on the activities of all the students’ associations. Therefore, for a start it is necessary to decide on your interests and purposes, understand in what sphere you would like to be engaged and what to achieve as a result. For example, it is possible to think up something new and gather a team for your project, or to join the students who are already implementing something. Believe me, if you come with your initiative to the head of any of the students’ associations of the Polytechnic University you will always find support!