To appear in the right place at the right time: this is about the PolyUnion international student club. Last Friday, the Polytechnic University’s most international venue turned one year old. On this occasion, guests of honor, residents and students from all over the city gathered at PolyUnion. They got together to congratulate, remember what has happened in the interclub over the year, share plans and just have fun. 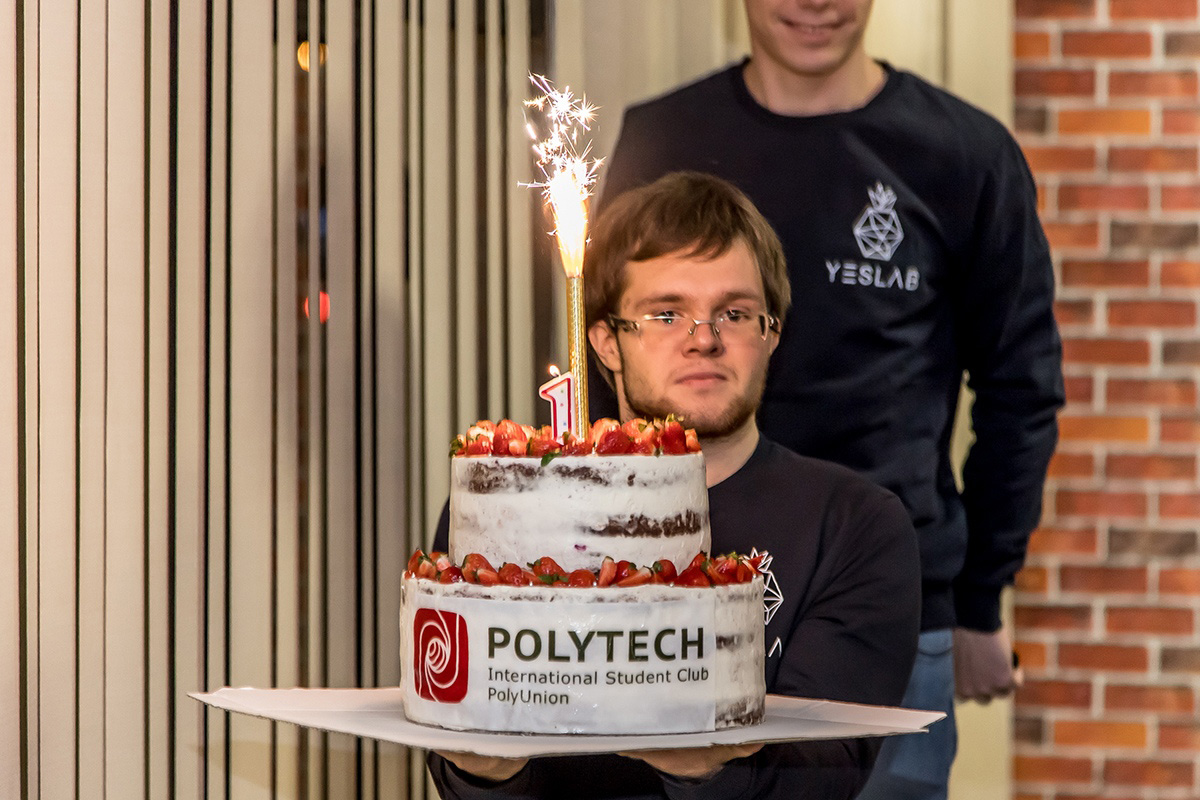 The holiday began with heart-touching video greetings from foreign and Russian students - members of the club. Many of them have already returned to their home countries and shared the warm memories and inspiring wishes across the continents.

“At such an international university as Polytech, an international student club is a must,” says Pavel NEDELKO, the ideological inspirer of the interclub, deputy director for extracurricular activities at the SPbPU Higher School of International Educational Programs. “Even leaving for their homeland, graduates of Polytechnic University do not forget PolyUnion and the emotions that they received in its walls. The club was created by students and for students - everyone who comes to us has ample opportunities for creativity and self-expression.” 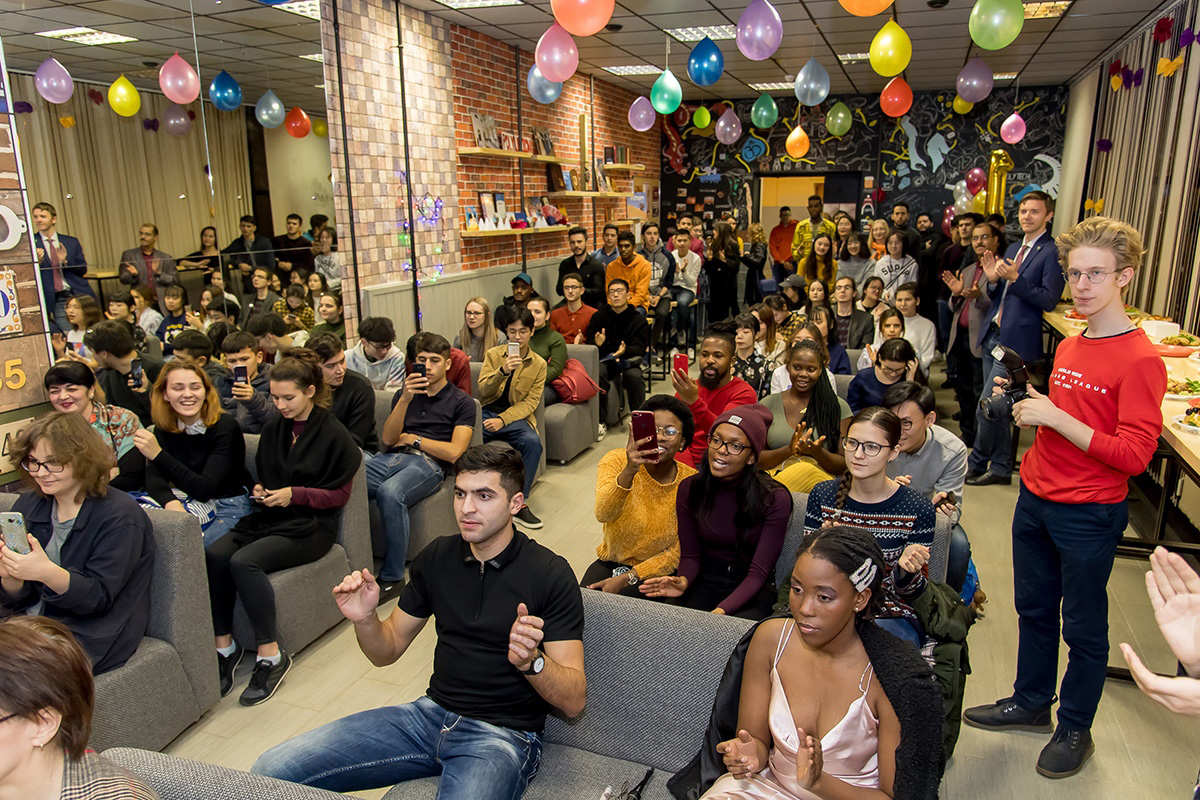 On the occasion of the birthday, residents of PolyUnion prepared a concert program, which student of St. Petersburg Polytechnical University Ekaterina ERAKINA opened with the song Shine bright like a diamond. Later, the club participants received best wishes from the head of the Russian-Turkmen house “Sodruzhestvo”, the head of the society of Turkmen culture in St. Petersburg “Mekan” Nurgeldi SEYIDOV, the representative of the St. Petersburg public organization of Tajik citizens “Ajam” Murod USMANOV and the deputy chairman the All-Russian International Union of Youth Akhmat APPAKOV. The honored guests wished the students of Polytechnic University success, creative achievements and victories, and not to rest on their laurels and carefully preserve the original atmosphere of the international community. 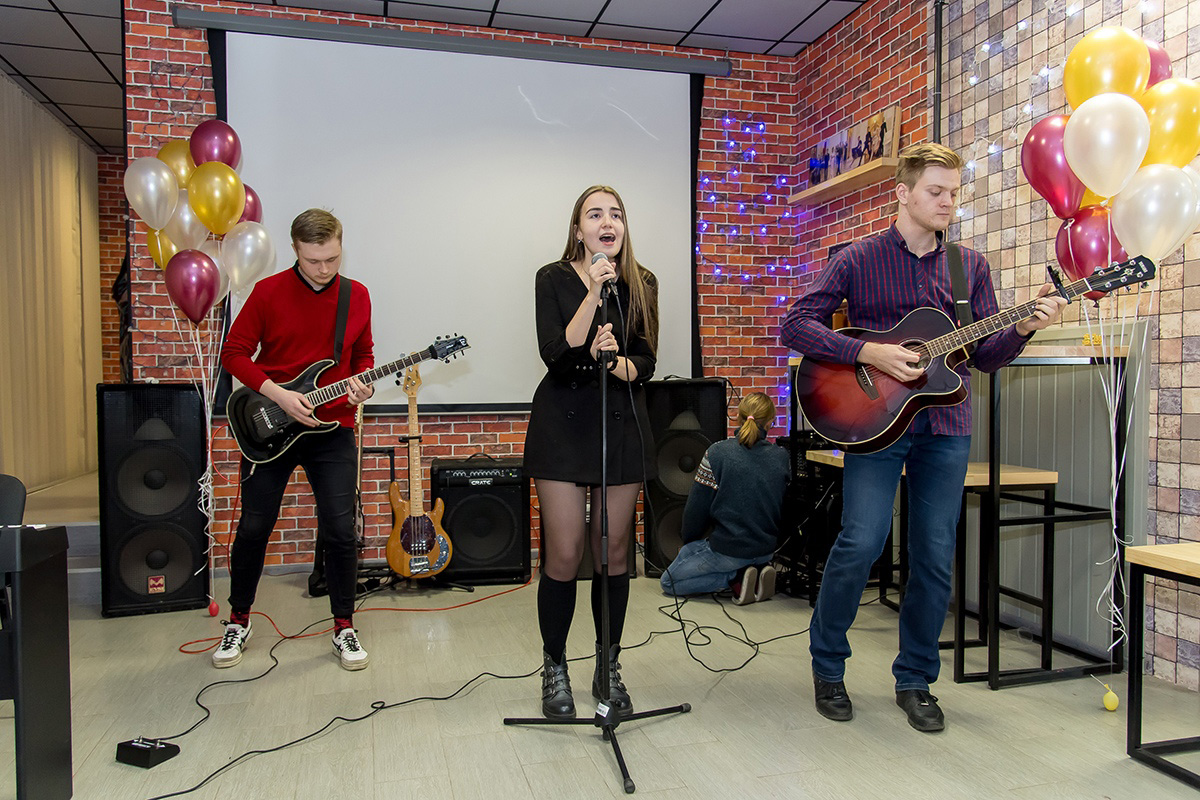 That evening, there was a lot of students’ creativity. Representatives of the youth society of students of Tajikistan Umeda UMAROVA and Samila KHALILOVA performed an incendiary national dance; student of the Institute of Industrial Management, Economics and Trade Stanislav ZORIN delighted the audience with jazz compositions and famous melodies, and a musical group of students Ivan PETROVICHEV, Vladislav REDROVA from the Institute of Engineering, Materials and Transport and Alexandra IVANOVA from the Civil Engineering Institute performed cover versions of popular songs. Some of the speeches were quite unusual: Samantha Aventador from Botswana, a student at the Institute of Physics, Nanotechnology and Telecommunications, spoke about her blog “Star Reach Society”. In it, Samantha shares interesting information about space exploration, and more than once led broadcasts from the PolyUnion interclub. The student of Polytechnic University impressed the audience with her story so much they would not let her to leave the stage for a long time. The event continued with a karaoke program and an ethnic disco. 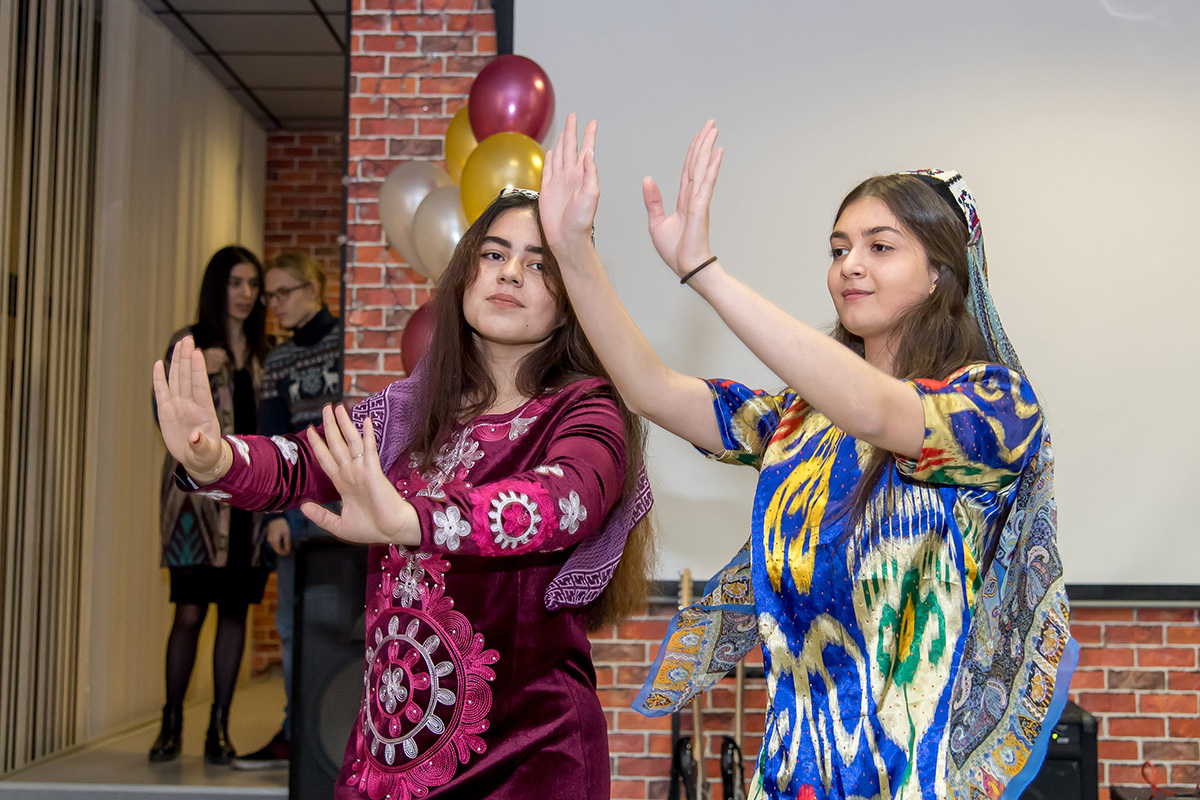 During the year, PolyUnion has not once been the filming area. Conversation clubs, film screenings in different languages, dance and culinary events, concerts and quizzes have been and are being held here. The schedule of future events can be found in the official PolyUnion VKontakte group. Residents also share news and announcements on the club’s pages on Instagram and Facebook.