Test-Cosmonaut E.O. Serova: “Being in zero gravity is like flying in a dream”

Why do girls need to fly into space? How does a female body bear such a strain? Before meeting with test-cosmonaut E.O. Serova the students of the Polytechnic University were whispering to each other such questions and many others about the life of a cosmonaut, especially a woman, in space. However, as soon as Elena Olegovna turned up, the woman whose achievements cannot be overestimated, all those question became rhetorical. 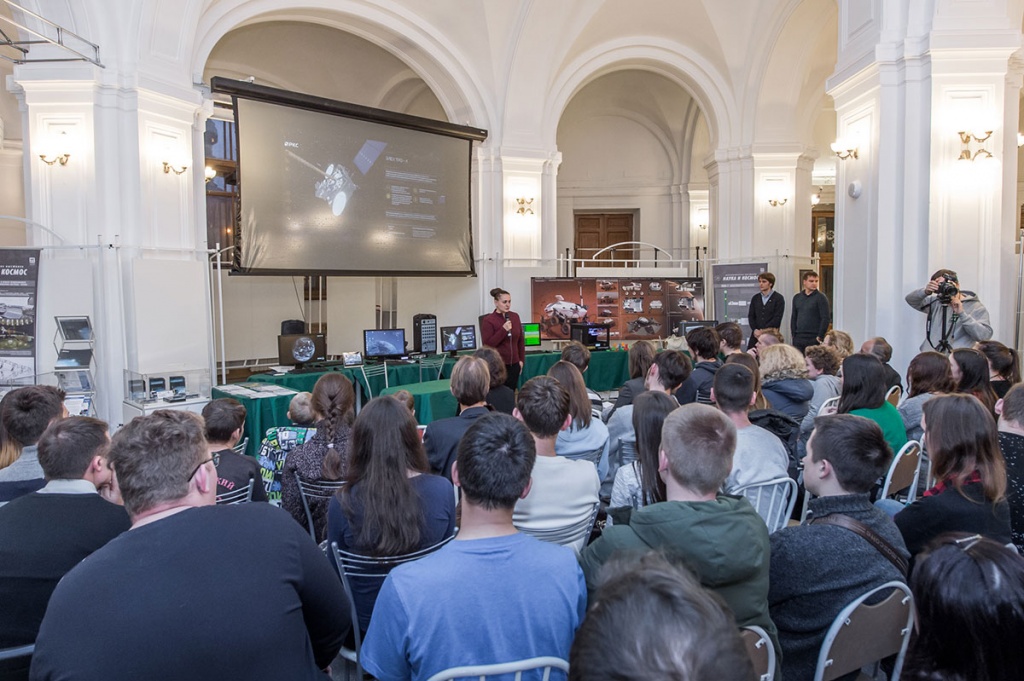 It was one of the informal meetings with cosmonauts, the heroes of our country, which are held at the University from time to time. In October this year the University was visited by Yu.V. Lonchakov, pilot-cosmonaut, Hero of the Russian Federation, whose arrival caused tremendous excitement among the students. The University staff was determined to continue the tradition enabling students to communicate with outstanding people that was why within the framework of the “Week of Science” it was decided to arrange a meeting with E.O. Serova, the second Russian woman to fly into space (and the fourth taking into account the Soviet Union).

Elena Olegovna admitted that she was amazed to see the Polytechnic University; she admired the lecturers, the students and the results of research. “I will by all means bring my daughter here to show her this wonderful University. She might have a wish to study here in the future”, mentioned E.O. Serova. 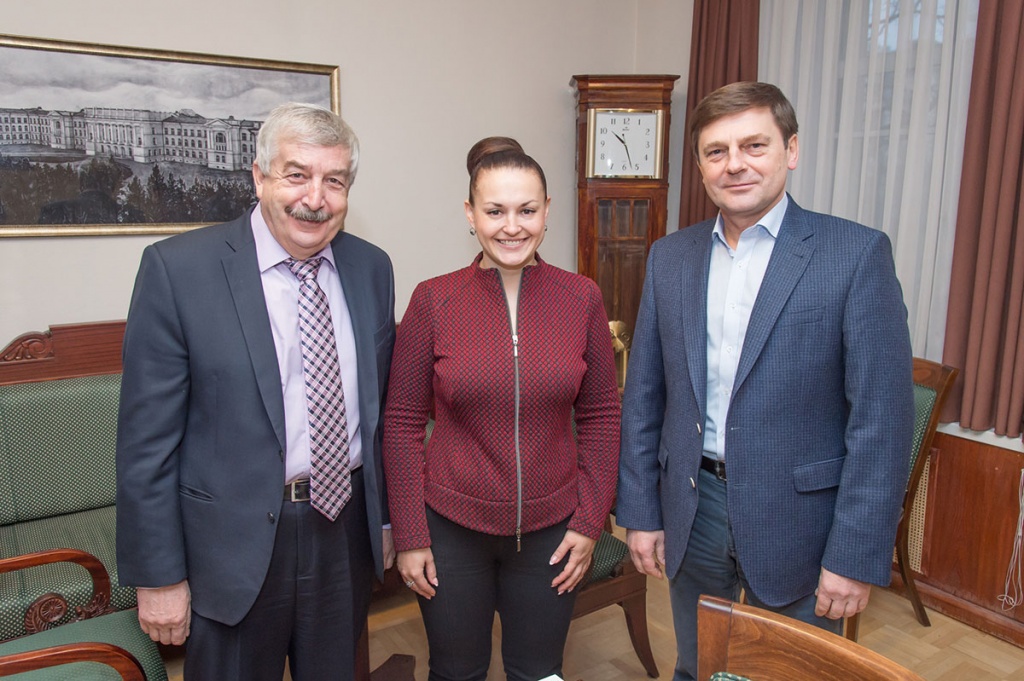 Anticipating questions concerning the life of cosmonauts on the International Space Station (ISS), Elena Olegovna showed the students a film illustrating the daily routine of cosmonauts. Students saw cosmonauts cooking meals, doing sport and maintaining hygiene. The most surprising was the scene showing how cosmonauts sleep: a kind of a sleeping bag with holes for hands is tied to the wall of the space station– this is done to enable cosmonauts to fasten it up and not to fly to another side of the station in their sleep. “We are often asked how we sleep in zero gravity. I always answer: hanging! Because we do not lie or stand, but hang”, said Elena Olegovna. “It feels like sleeping on a very soft feather bed, and being in zero gravity can be compared to flying in a dream”.

E.O. Serova, board engineer-1, and other crew members of spaceship Soyuz TMA-14M spent nearly six months in space: her expedition started on 26th September 2014, and the crew successfully landed on 12th March 2015. The crew of the 41st and 42nd expeditions to ISS conducted more than 60 experiments. “A lot of people are interested why it is necessary to carry out experiments in space. I answer: because there is microgravity owing to which one can receive pure materials of regular structures. Subsequently, it will be possible to develop those materials on the Earth and use them in various spheres of human life”, explained the test-cosmonaut.

It turned out that the work of a cosmonaut orbiting the Earth can save people’s lives on our planet. Objects that are the most interesting and dangerous in terms of potential industrial and natural disasters are constantly monitored from space. A special program “Sigma” identifies the exact moment when the station flies over a particular object on the Earth’s surface, and cosmonauts take photos. “This work is vitally important. During forest fires in our vast country we photographed the areas occupied by the fire. The photos were immediately sent over to terrestrial services that in their turn sent fire brigades to the affected areas”, informed Elena Olegovna.

As soon as the test-cosmonaut told her story about the life of the ISS crew there was a barrage of questions. Some of them were serious and practical, for example, how cosmonauts orient themselves in space. Others were funny and even absurd: if it is true that before takeoff cosmonauts always listen to the song “The Earth in the Illuminator”, why a cosmonaut needs legs and if Elena Olegovna believes in aliens.

When asked about the principal rules for a successful person E.O. Serova replied the following: “If you want to become successful, the main thing is to believe in yourself, as our greatest enemy is doubt. Even if it seems to you that you are to fail, you should just go and do it”.