The Small Student Olympic Games (SSOG) is a good tradition of Peter the Great St. Petersburg Polytechnic University. The Olympic Games have been organized on the SPbPU basis for nearly 20 years: in 2018, the University gave start to the 17th Small Student Olympic Games. In the recent years, the event has got a well-established reputation of the all-city student competitions; students from various universities and countries take part in it. Each year, instructors and staff of the Department of Physical Culture and Adaptation of the Institute of Physical Culture, Sports, and Tourism (IPCST), SPbPU play the major role in the time-consuming and painstaking organization of SSOG; the Higher School of International Educational Programs (HSIEP) provides vital support to the organization and holding of the Games. 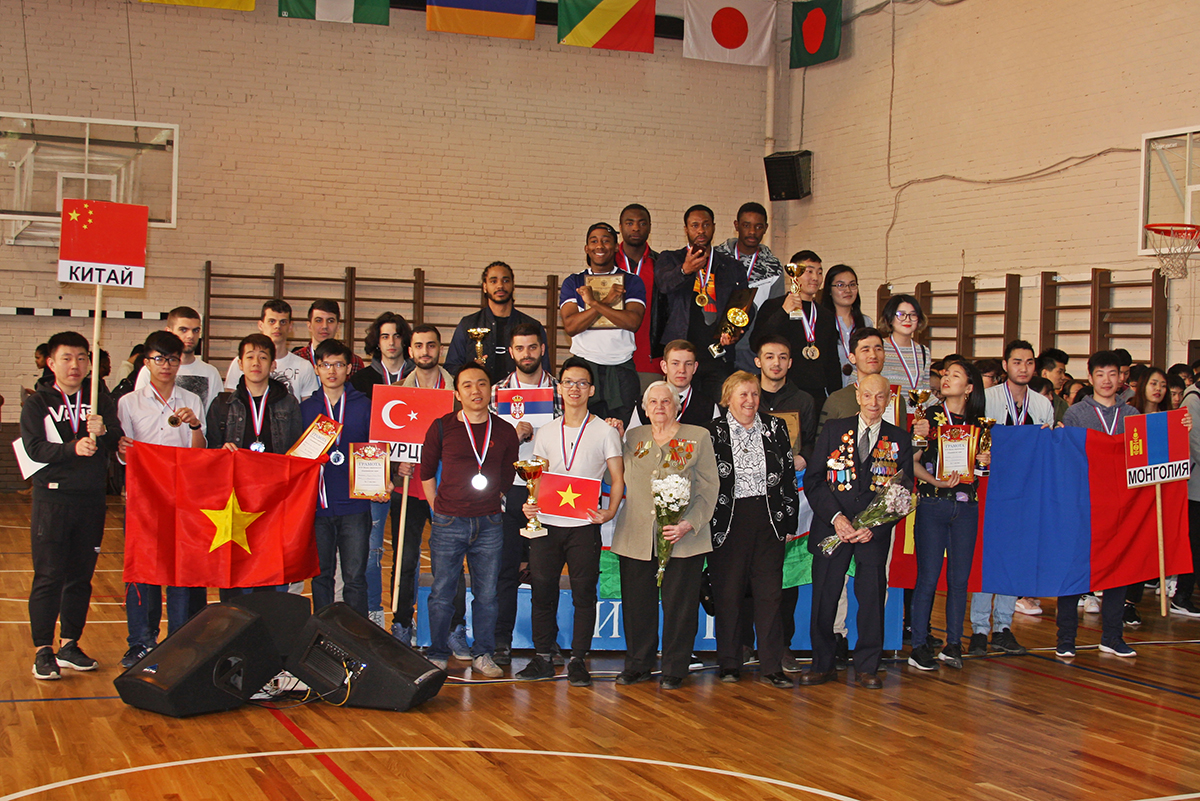 In 2018, the preliminary and final SSOG competitions in 5 sports had been taking place from February to March. Altogether, more than 200 students from 7 St. Petersburg universities took part in them. Young people from Russia, Mongolia, Turkey, China, Serbia, Vietnam, Tajikistani, Guinea, Cameroon, SAR and other countries (all in all, about 30 countries were represented at the competitions) demonstrated their achievements in volleyball, pickup ball, ping-pong, kettlebell lifting and mini football. 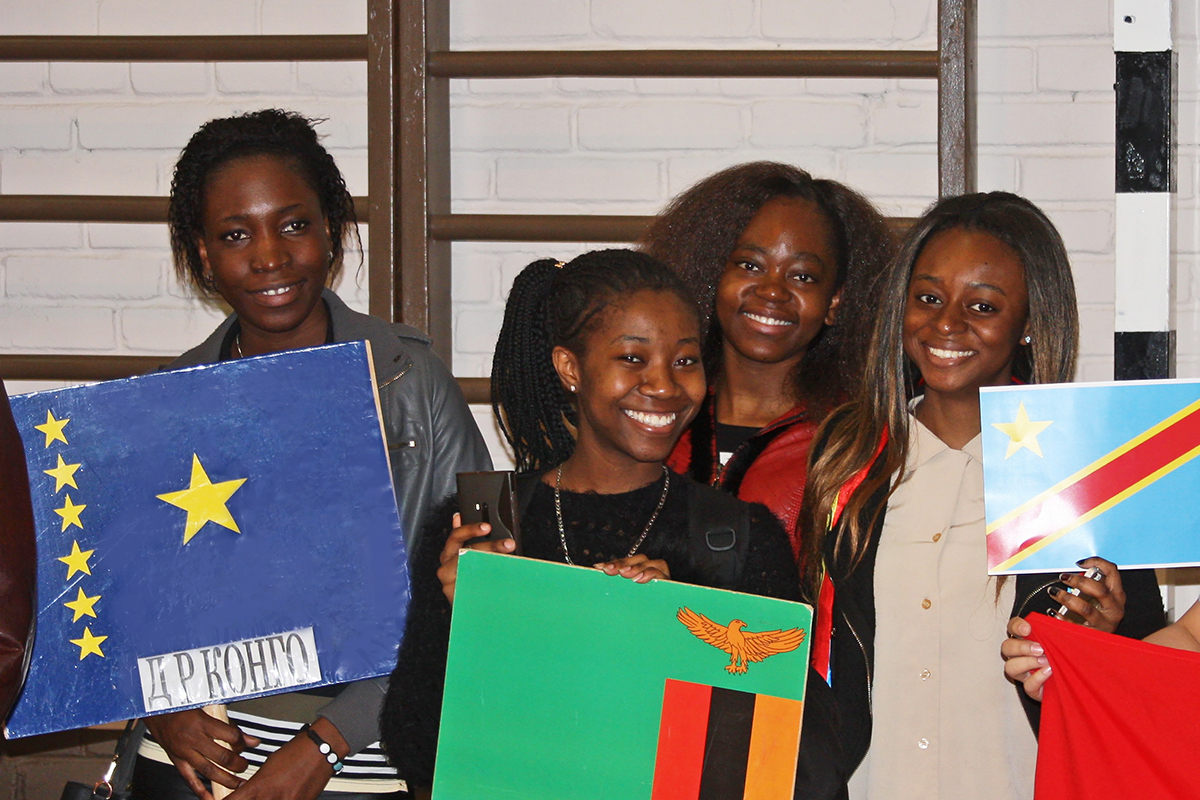 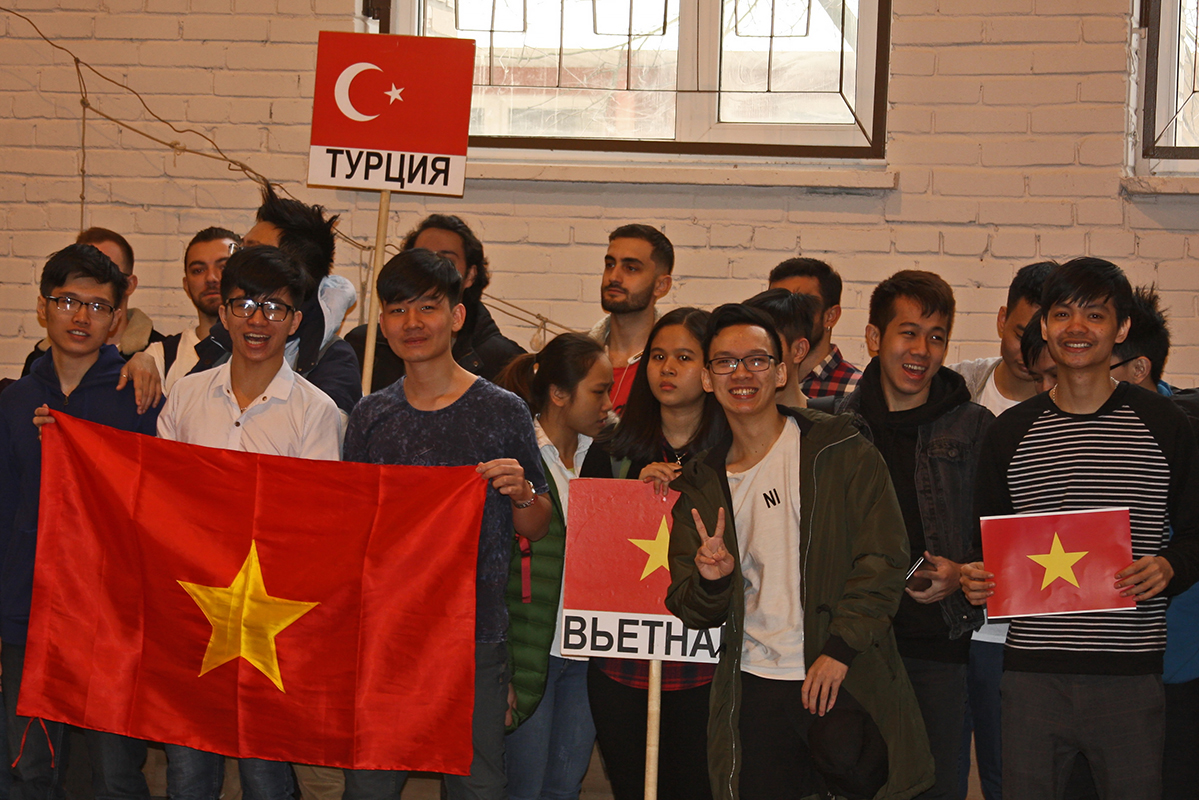 The major goal of SSOG, just as in traditional Olympic Games, is creation of the peaceful community, making sports a part of harmonic human development all over the world, and strengthening the peace. Besides this, the Small Student Olympic Games were timed with the World War II Victory Day; as usual, honorary guests included veterans of war and labor. Veterans of the Great Patriotic War N.F. MIKHALEV and A.V. CHISTYAKOVA attended the SSOG final competitions on April 26. Along with them, Director of the Higher School of International Educational Programs V.V. KRASNOSHCHEKOV, Chairman of the Trade Union Committee V.S. KOBCHIKOV, representative of the voluntary sports society of trade unions L.V. SHCHITIKOVA, Distinguished Coach of Russia in basketball A.I. SCHTEINBOK and other were present at the concluding competitions. 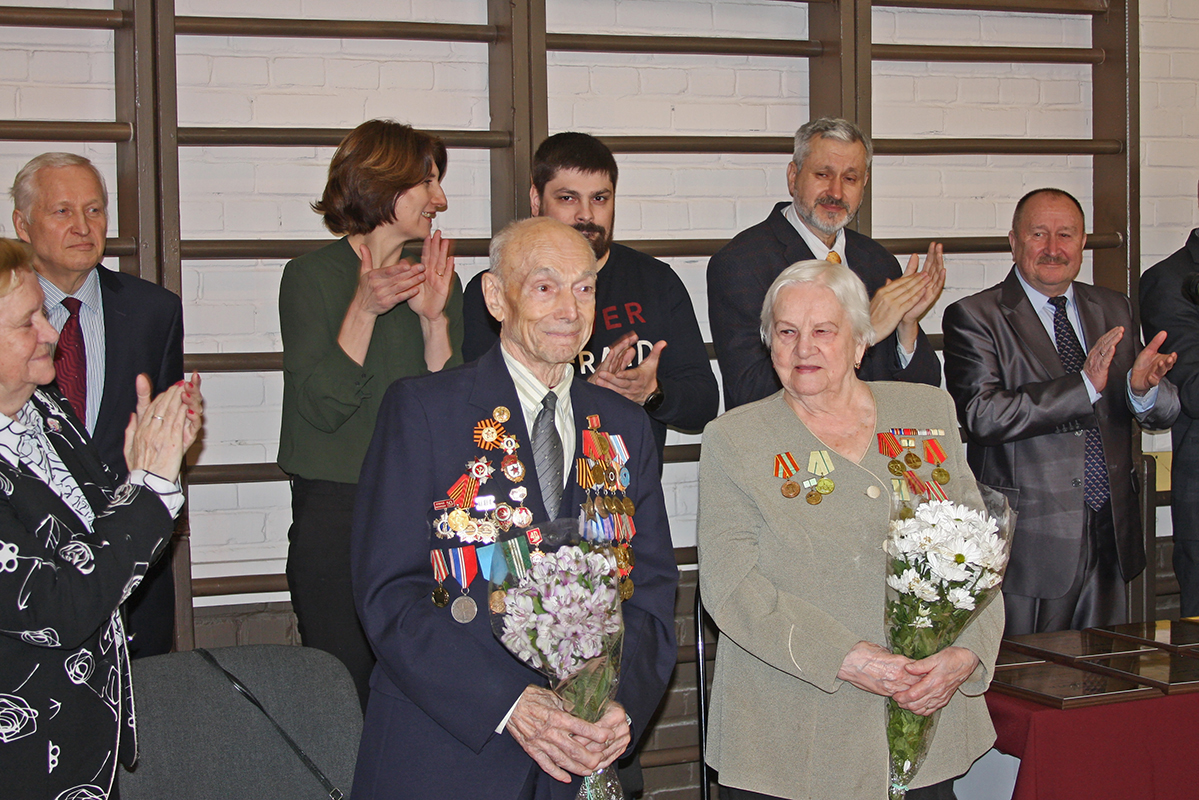 On behalf of SPbPU, Director of the Higher School of International Educational Programs V.V. KRASNOSHCHEKOV greeted the audience. “For the years of studying, Peter the Great St. Petersburg Polytechnic University turns into the second home for all our Russian and international students. We are striving to do our best to make it so that the atmosphere of mutual understanding, friendship, unity and solidarity would be accompanying our students through all their studentships. Let the all our today’s contestants be lucky. No doubt, the victory is very important; however, it is no less important to develop such personal qualities as will and insistency, dignity and unselfishness, sincerity and intellectual curiosity,” Director KRASNOSHCHEKOV pointed out. 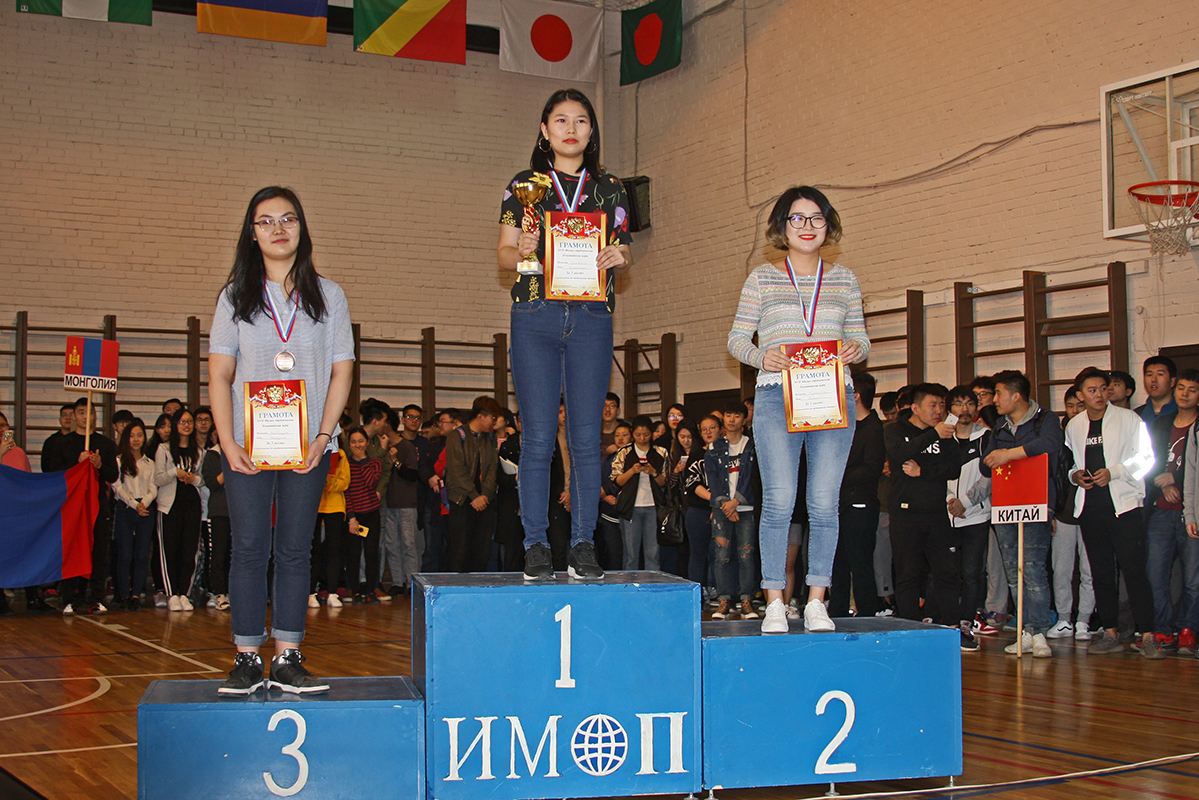 By the outcomes of the final competitions, the prize places were distributed as follows: the national team from Mongolia won the volleyball championship; teams from Vietnam and Serbia were on the second and third places. In pickup ball, Turkey won the gold, while the silver was given to the national team of Mongolia, and the team from the People's Republic of China got the bronze. Female students from Mongolia occupied the entire pedestal in ping-pong competitions: Batbaatar GUNZHINLHAM (gold); Burentogtokh BOLORMAA (silver); and Lhagvasuren AMARZAYAA (bronze). In the male athletes’ competition, Turgunov SHOKHIZHAKHON (Tajikistan) became the winner; Tumurhuagu UGUUMURZAIA (Mongolia) got the silver, and Li Jiunghan (PRC) received the bronze.

In the kettlebell lifting, a student of Guinea Dore MAMUNA was the best. Students from Cameroon were on the second and third places: Muonfo Meli AROLD (silver) and Quage Nzhiki IVAN (bronze).

The team of Africa won an unbeaten victory in the mini-football; the European team got the silver, while the Vietnam team received the bronze. Tonny SEBBAGGALA (Uganda) was recognized as the best basketball player, while Farrukh RUSTAMOV (Uzbekistan) as the best football player. 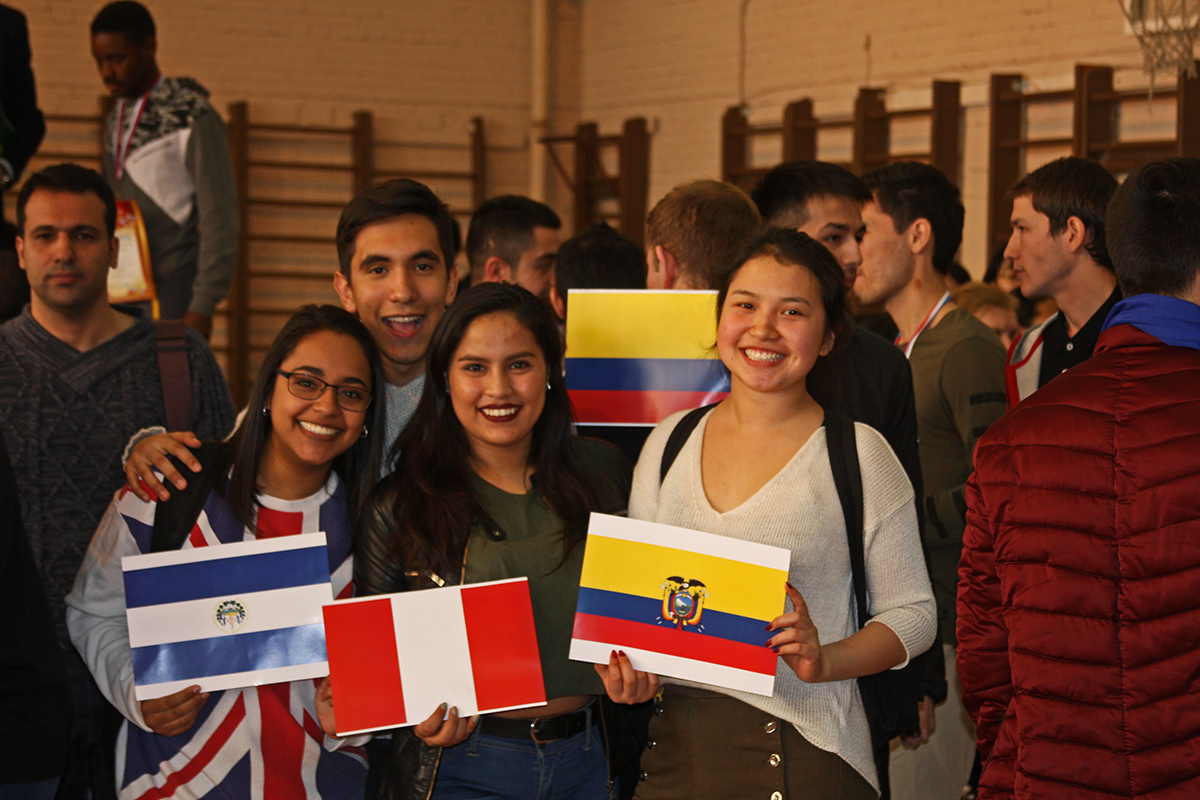 For the many years of participation in competitions and their contribution to the organizational work, students Xu HAO (China), Chanda CHISHIMBA (South Africa), Mamuna DORE (Guinea), Farrukh RUSTAMOV (Uzbekistan), Burak PEKSHEN (Turkey) and Ivan KRNDIA (Serbia) have got special awards. The team of the African continent was awarded with a Cup for the commitment and large-scale involvement, while the team from Mongolia received the Cup of the VSCS of trade unions.

“Popularization of sports, active and healthy way of living, strengthening the will and spirit, development of the skills of team-working are the most important goals, which are extremely essential in the modern society. Our students take part in broad-scale and internal university athletic events on a regular basis, and we are doing our best to make sports and physical activities a part of each student’s life. The 17th Small Student Olympic Games are over, but already very soon we will be starting our preparations for the SSOG 2019: please come, take part, and win!” Chair of the Department of Physical Culture and Adaptation O.Ye. PISKUN concluded.