Each of us has more or less experience in the gaming industry. But some limit themselves to passing through quests and strategies, while others begin to create game characters and get fully immersed in game content. That’s what students have tried to do at the International Polytechnic Summer School, which this year, for the first time, included a course on game-design. Within two weeks, they took a long way from working on a character to placing it in the game engine. Semyon SHCHUR, a course teacher, associate professor of the Higher School of Creative Industry and Design (SPbPU HSCI & D), spoke about it in more detail.

- Mr. Shchur, could you tell us where the idea of creating the game-design module came from?

- This idea comes from our Higher School, which produces industrial, graphic, environmental and information designers. It’s always interesting not just to come up with and design something, but to give it movement. Creating a character, working on animation is quite a complex process. During the course, we only touched the foundations of it.

- Who took part in the course?

- Our students can be conditionally divided into several categories. The first group consisted of those who wanted to learn how to develop characters, create 3D models in actual programs, animate them and place them in the game engine. The second group comprised students who draw or model characters but are not able to animate them. And there is also the third group of those who are familiar with all these processes, but do not know how to connect them to each other. During the training, we worked in detail with every student.

- We know that there are several types of game-design: world design, content design, interface design, and so on. Did the students choose a particular type of game play design, or did they dedicate the course in a single line?

- In our module all interests revolve around creating a character. The character is an extension of the player, something that each of us associates with taking part in this or that game. However, playing and inventing a game are two completely different processes. When you get involved in the creation process, you realize that it becomes extremely interesting to invent a character, location, game world or assets (the components presenting graphics, sound or scripts). 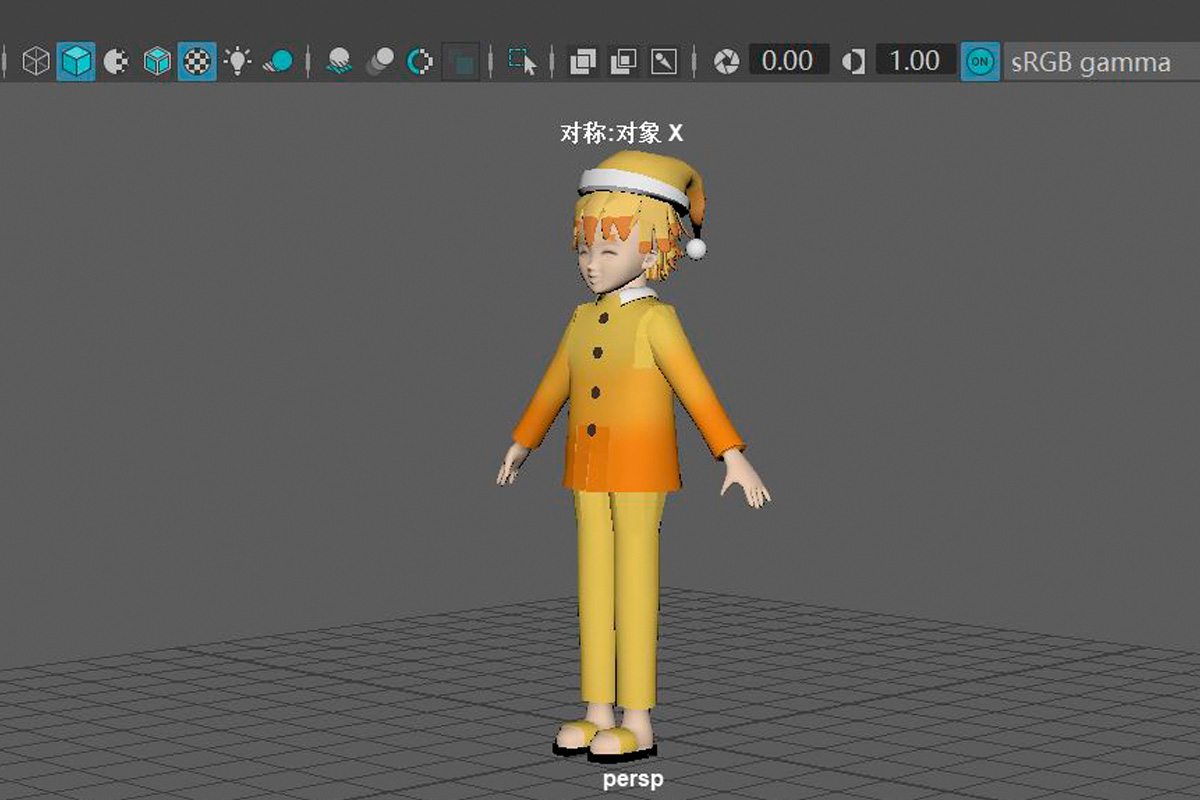 - Can you share with us examples of students’ work?

- For example, a student from China created a character he named Sleepwalker. According to the author’s idea, the character should wander in a dream around a large house and look for food. I emphasize that students developed their heroes from scratch: first we discussed ideas, plots, images, which were then created in virtual reality.

- What is the most common starting point for a game designer?

- In our case, the action begins with determining the scope of work, getting to know the design topic and searching for analogues that exist. Then, based on the collected material, the concept art is created, which determines the further development of events in the framework of character design.

- Is the profession of a game designer in demand today?

- Our module allows to get basic skills in modeling, working with a model and its animation. These skills, of course, must be mastered by a person who wants to work in the field of game design. The level of development of multimedia technologies, the appearance on the market of services for the development of objects of virtual, augmented reality, etc. suggests that the market needs people with these skills.

- Thank you so much for the interesting interview! We wish your course successful development!