Elon Musk and the press secretary of the President of the Russian Federation answered the questions of Polytechnic University.

Have you ever dreamed of taking a ride in a supercar or flying to Mars in a rocket? How about the idea of talking to the genius of our time, billionaire investor, head of SpaceX and Tesla, engineer and inventor? It is quite realistic if you are a Polytechnic University student!

On May 21, students of Peter the Great St. Petersburg Polytechnic University joined a large-scale educational project, the «New Knowledge» marathon. In a live broadcast, they asked questions to the President’s press secretary Dmitry PESKOV and Ilon MASK. 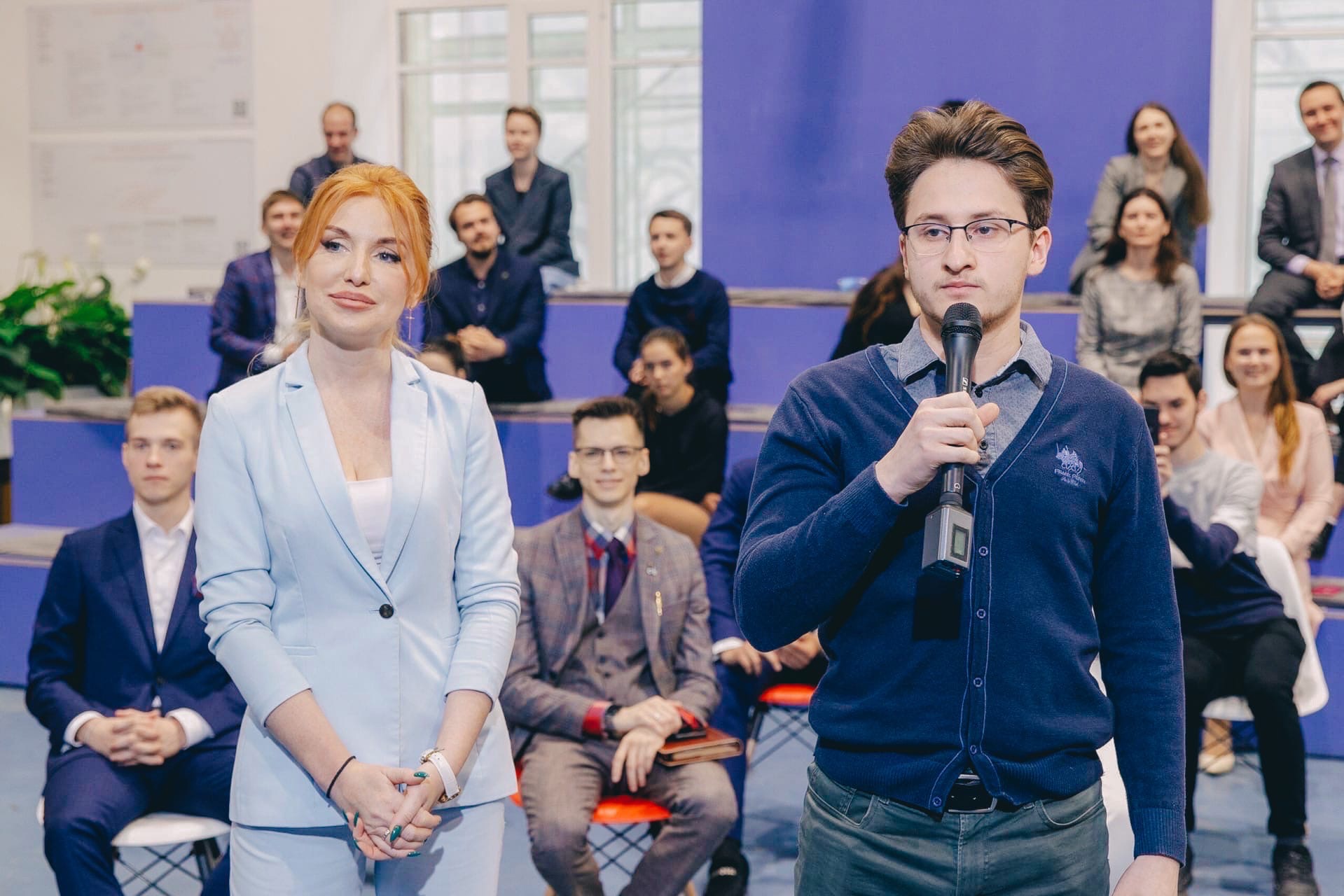 The May 20-22 educational marathon had over 40 million views. Starting Thursday in Moscow, it ran in parallel in St. Petersburg, Sochi, Kazan, Nizhny Novgorod, Vladivostok, Kaliningrad, and Novosibirsk. Each city represented one area of the educational activity (history and culture, sports, science and technology, industry and industry, information technology). The best experts in their fields spoke at the marathon — more than 150 top speakers including Sergei LAUROV, Sergei SHOIGU, Vladimir Pozner, Denis MATSUEV, Vladimir SOLOVYEV, Nikolai TSISKARIDZE, Mikhail KOVALCHUK, Timur BEKMAMBETOV, and many others. Scientists, businessmen, cosmonauts, artists, high-ranking managers, and statesmen did not speak in general terms but shared their personal experiences with students and schoolchildren. 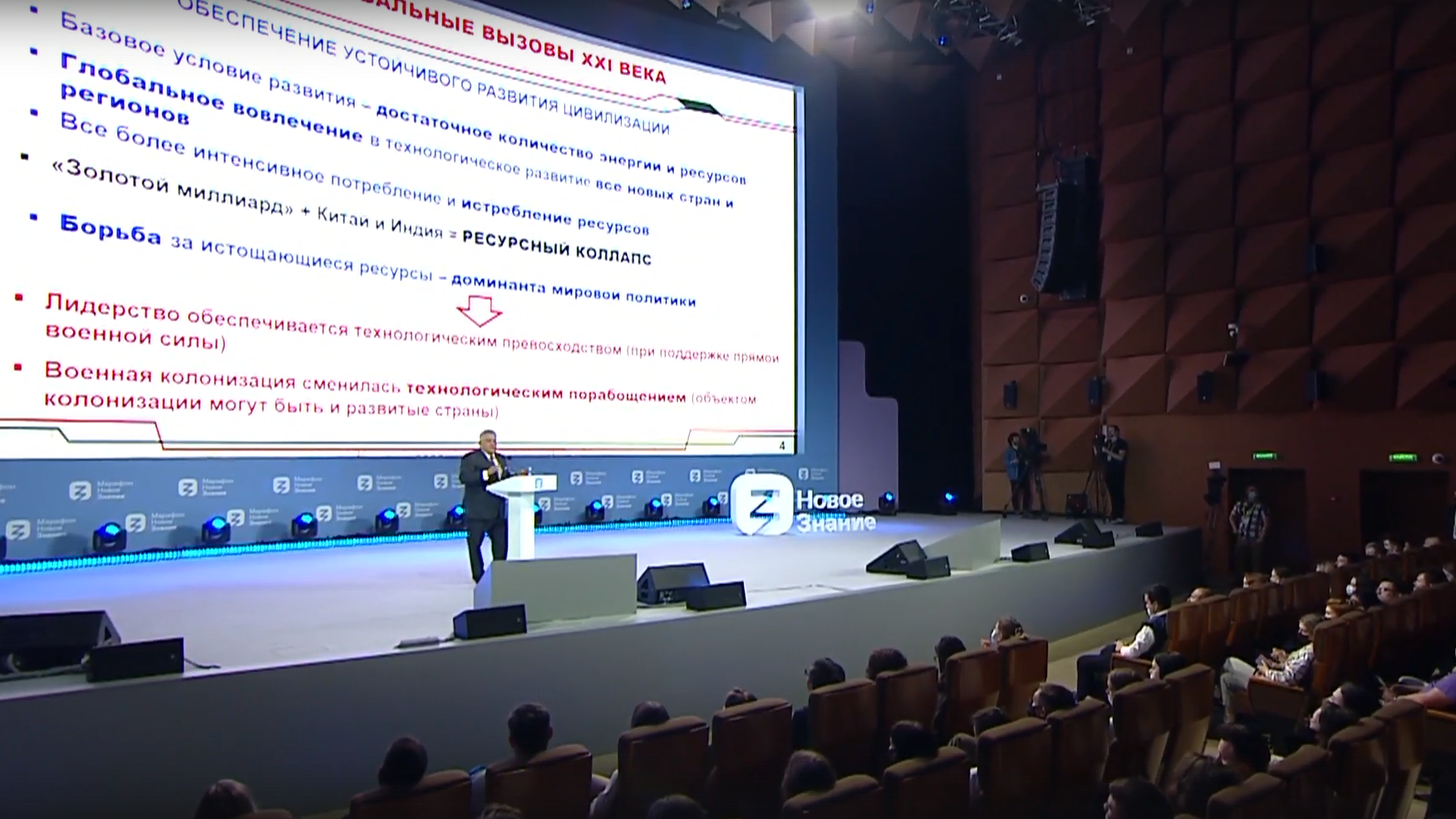 Dmitry PESKOV, press secretary of the President of the Russian Federation, spoke on «Fake News vs. True Knowledge.» The deputy head of the Presidential Administration noted the necessity and importance of knowledge in today’s world: Knowledge gives birth to progress. Knowledge gives birth to technology. Technology gives birth to unique things: neural networks, artificial intelligence. They let us understand history, understand the essence of the Universe. A neural network gives us a colored picture, like a video from the World War II archives. We see how our grandfathers defended our homeland from fascism, saved the whole world from fascism. We see this restored footage and it’s all beautiful.

According to the speaker, fakes are one of the serious threats to modern reality. Therefore, he urged young people to follow digital hygiene and double-check the news. How do you fight faknews? With knowledge, persistence, reluctance and unwillingness to take everything for the truth. Be inquisitive, verify any information, make a rule for yourself to follow digital hygiene. Always try to understand why this news, who it is aimed at, who it may benefit. And whether it’s good or bad. And I wish you success in this information, digital and scientific hygiene, be daring, be inquisitive, the whole world is open to you, said Dmitry PESKOV. 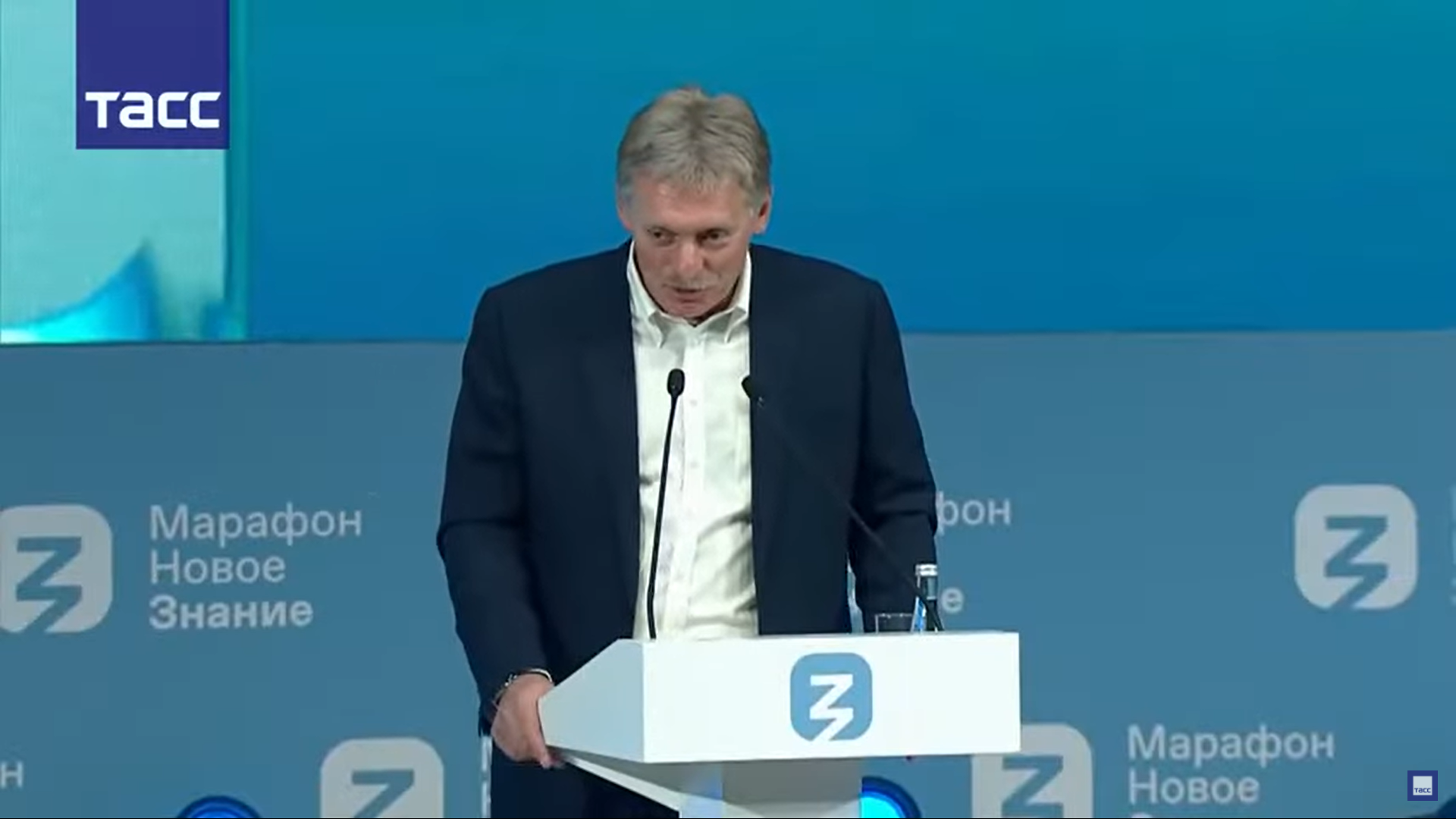 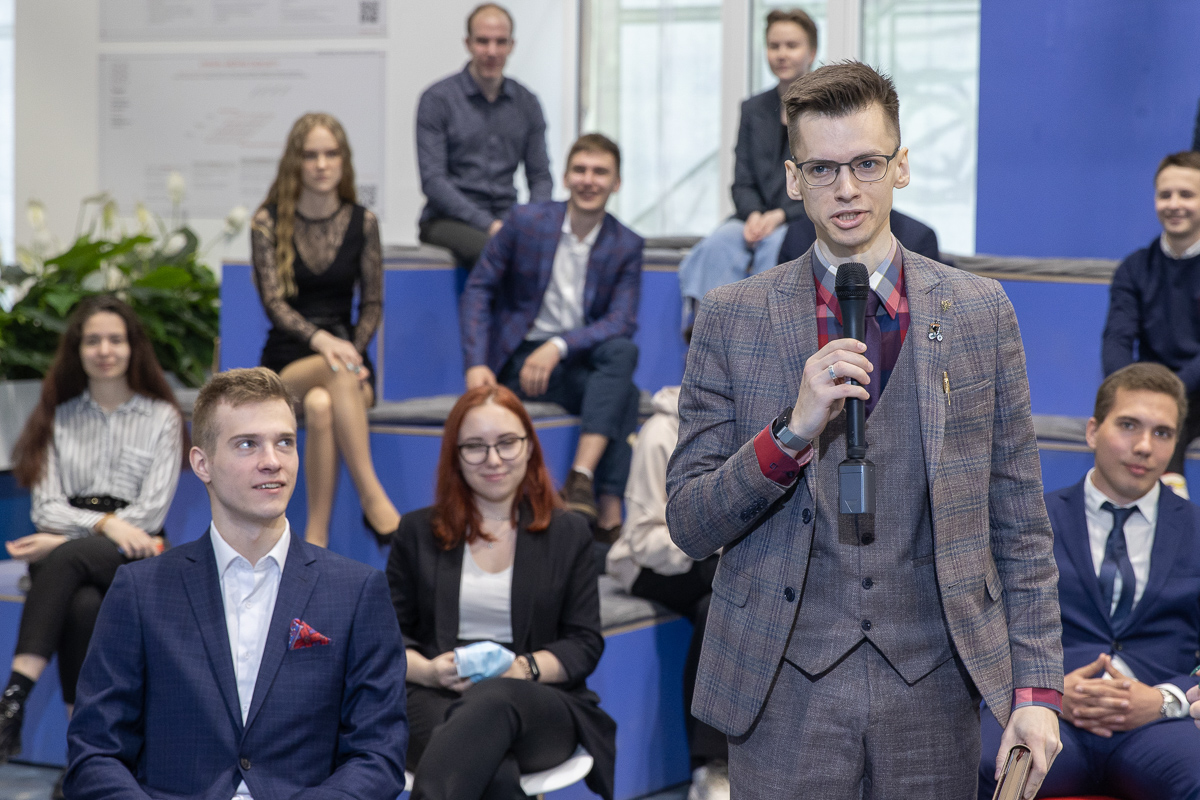 Andrey SHAVVA, a senior lecturer of the Civil Engineering Institute, got a chance to ask the press secretary of the President of Russia a question about the main qualities of a communicator. According to Dmitry PESKOV, these are professionalism, efficiency, and honesty. When asked by Alexandra DIVENKO, a first-year student of the Institute of Computer Science and Technology, how he felt about the fact that now anyone can become a newsmaker, the presidential press secretary unexpectedly replied that he was «very positively.» However, he added: Knowledge and information is a marketplace. There is supply and demand. And if you offer the market your knowledge and news, and there is a demand for it, and it’s all within the current law, then just go ahead! 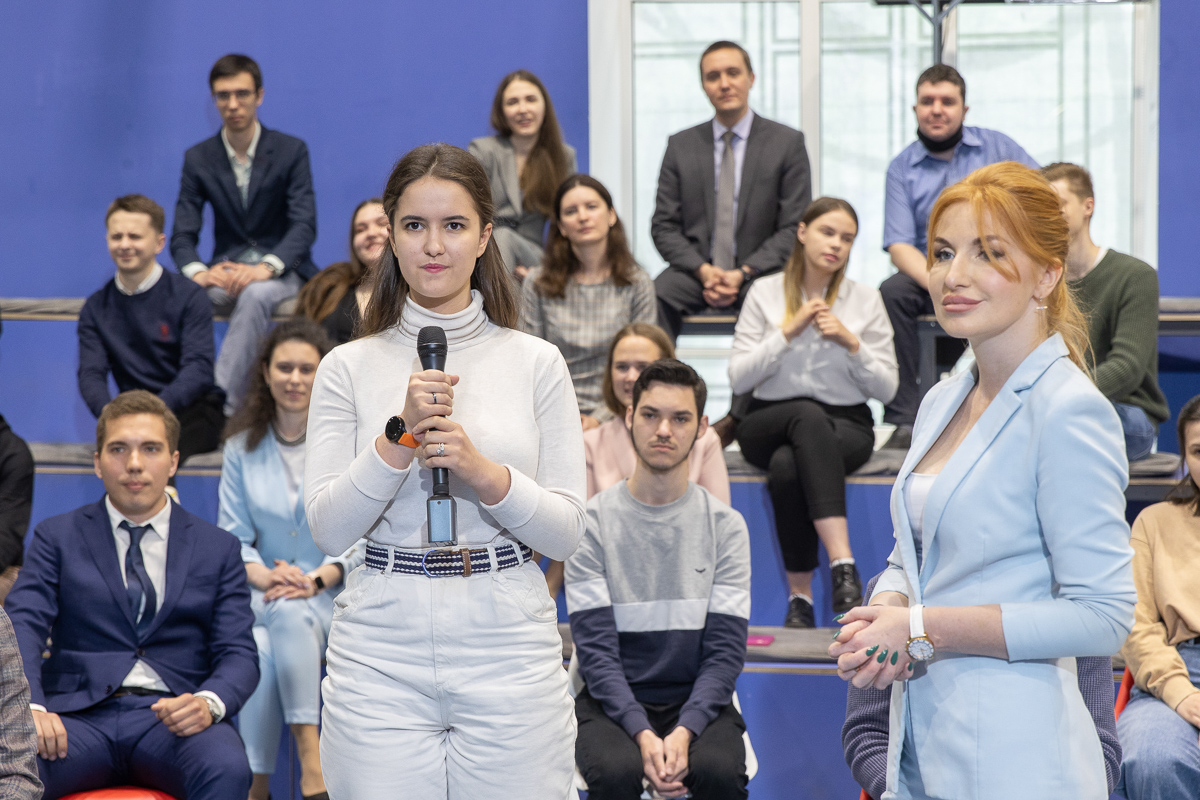 Concluding his speech, Dmitry PESKOV wished success to the youth and drew attention to the fact that all participants of the marathon «New Knowledge» are guys «with shining eyes», smart, serious, but also with a sense of humor. And this was demonstrated by a second-year student of the Institute of Engineering, Materials and Transport Bulat Baishev, as soon as Dmitry PESKOV introduced the star speaker of the marathon — American billionaire and inventor Elon MUSK. The young man reminded the head of Space X and Tesla of the words from an interview in which he called himself an alien from the future. The student asked Musk to prove that he was... alien. You mentioned in your interview that you were an alien from the future. How can you prove this fact? the young man asked. In response, Ilon Musk laughed and guffawed, Isn’t it obvious? Oh, I joke a lot, and people often ask me if I’m an alien. Of course I’m an alien! It’s just that I work with technology, replied Elon Musk. 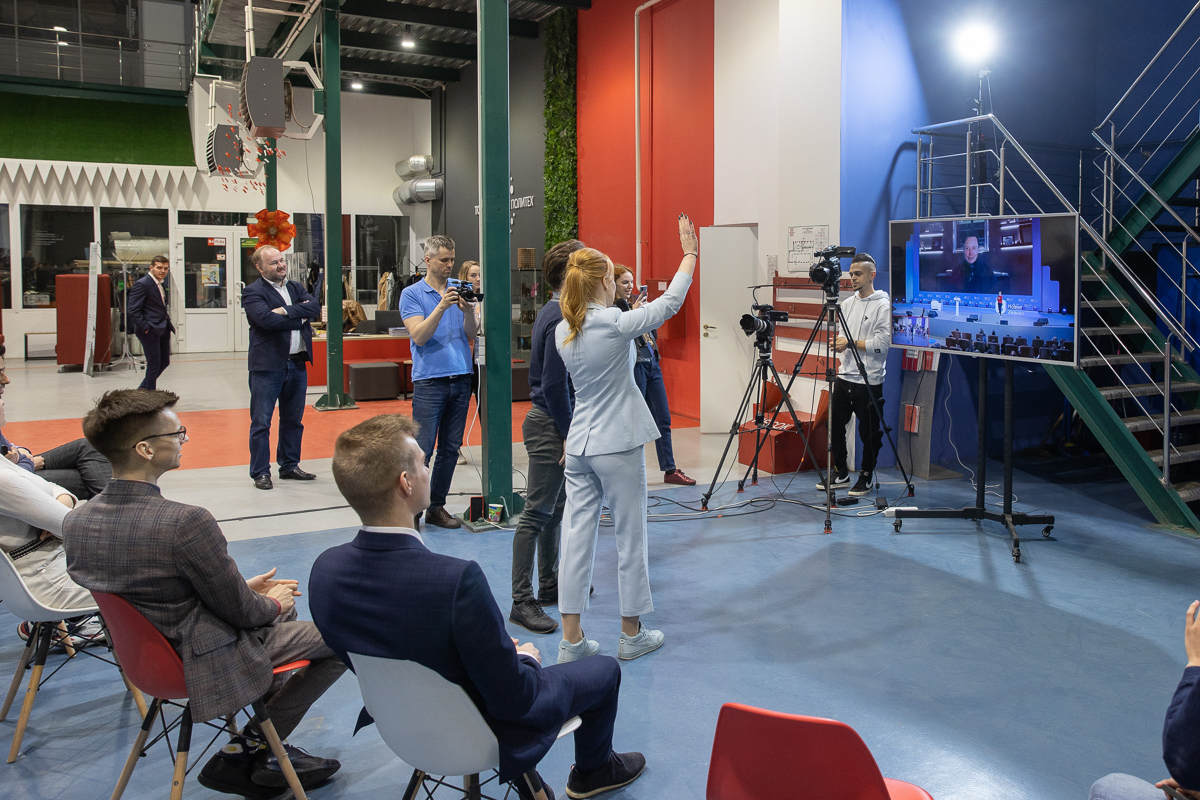 There were dozens of questions for him: about space, education, green energy, the future that awaits us in 50 years, about alien civilizations. Musk noted that the world is waiting for big changes. They will affect space travel and DNA research. All vehicles, except rockets, will be electric and equipped with autopilot. In addition, the American inventor believes that first, a base should appear on Mars, and then the city. He also admitted that he likes to read science fiction and expressed hope for stronger ties between the U. S. and Russia. I admire Russian achievements, as well as Soviet achievements in the rocket sphere, Musk added.