Professor TU Graz Taught Students How to Code in Catrobat

On April 23, Wolfgang SLANY, a professor from the Technical University of Graz (Austria), delivered an open lecture at Polytechnic University. Professor SLANY is one of the creators of the Catrobat project, which brings together young programmers from around the world. Catrobat developers are convinced: to create a unique product, a smart phone and imagination should be enough. There is no doubt that young users see it the same way: today, the number of projects created on the Catrobat platform has exceeded 30 million. And this is clearly not the limit. 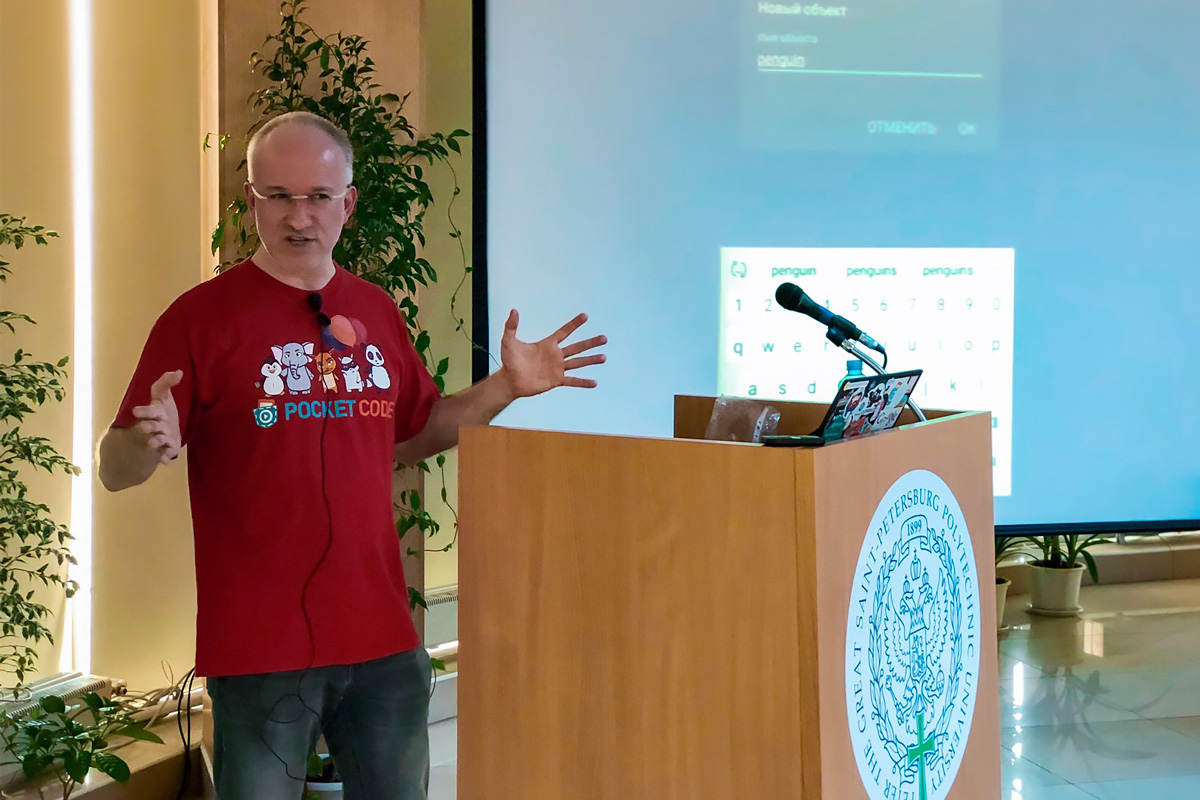 “I started programming when I was 12. I remember how a year later I sold my first computer game. And although it was just for fun of it, it was exactly then that my interest in software development began to grow, and the niche in which I wanted to develop was determined: of course, these were games!” the lecturer confessed. However, quite a bit of time passed from the creation of the first computer game to the foundation of Catrobat: Wolfgang SLANY had become a professor of computer science and participated in many industrial projects. It was his own son who inspired him to create a unique platform for children and adolescents. “Many universities offer classes for children - I heard that Polytech also participates in the "University of Children”, thanks to which young students can get into the world of science without waiting for graduation from high school. Within the frame of such a project in Austria, I developed and presented a small project. And suddenly it began to grow, and has never stopped. That's how Catrobat appeared,” the professor said.

At present, the Catrobat project has more than 500 software developers and nearly 600 translators, and numerous designers and other professionals. They all have one goal: to show that developing computer programs (or, as programmers call, “coding”) is not complicated at all; it is within everyone’s abilities. 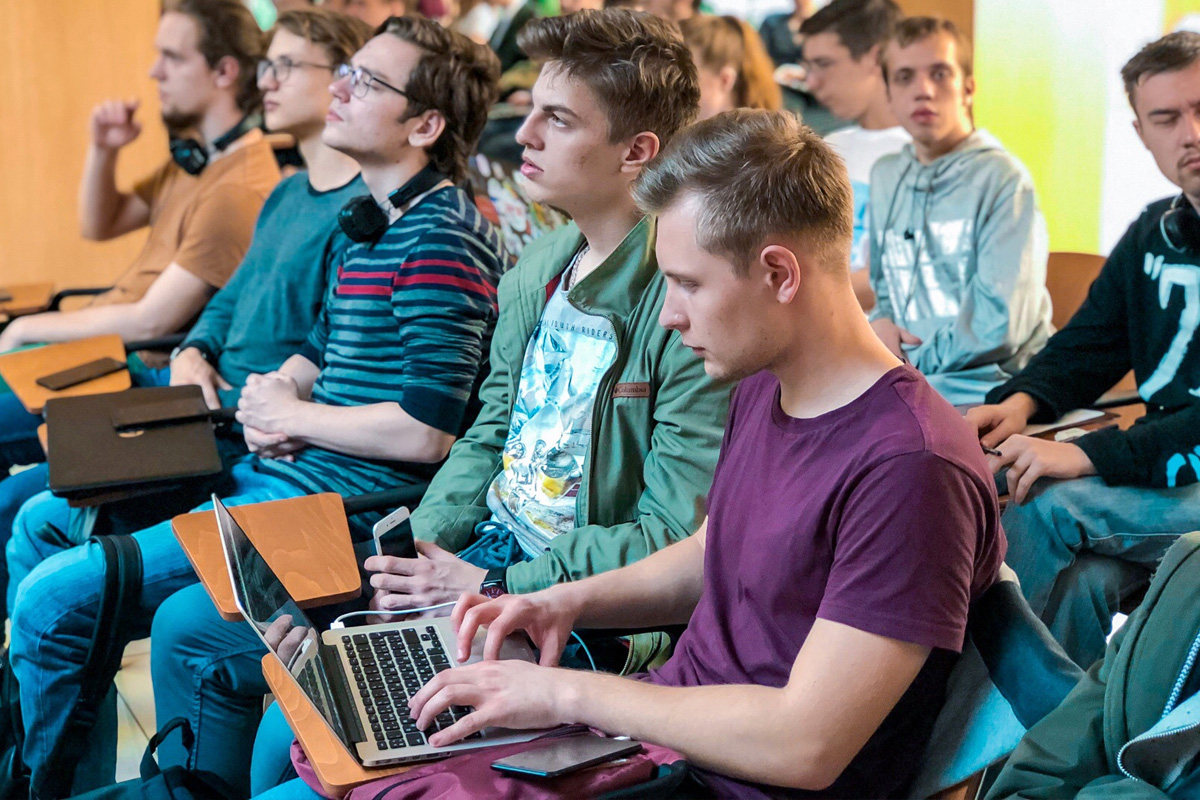 It was just a chance that Wolfgang SLANY met Russia users of Catrobat. In order to start “coding”, you need to install a special application on your smart phone: Pocked Code which is available for downloading in the AppStore and Google Play. At some point, the professor began to receive letters from Russian-speaking users who complained that the program was not working. “Of course, I started looking into the matters. I reached out for their group in the "VKontakte". And you know what? All the band members - about 70 people - worked together on a huge project, with complex animation, effects and sound. Our server just could not stand such a pressure,” Wolfgang SLANY said. Thus began the companionship of the professor with the Russian Internet: he helped young programmers to solve their problem, and then began to share information with other users, communicating with the help of an electronic translator.

In St. Petersburg, Professor SLANY conducted a master class for high school and Polytechnic students as part of a course of lectures that he is going to deliver at the Computer Intellectual Technologies Department, Institute of Computer Science and Technology. At the SPbPU Resource Center, Professor SLANY clearly showed what can be done with the help of the Pocked Code. Over 100 people gathered to master programming skills; with great interest and attention, the guys watched how a compass reacting to the movements of the hand was created within a few seconds and immediately tried to repeat that. And by the end of the master class, many were able to create even more complex applications.