Earth in the Window: Students of the International Polytechnic Summer School Study the Universe

Last year, within the frame of the International Polytechnic Summer School, the module on the “Space technologies” took place for the first time. Then, more than 20 students from Singapore, China, Mexico, South Korea, Greece and Bulgaria took part in it. The debut module was a success: its intensive program was highly appraised by both students and representatives of the International Telecommunication Union, a specialized UN institution. 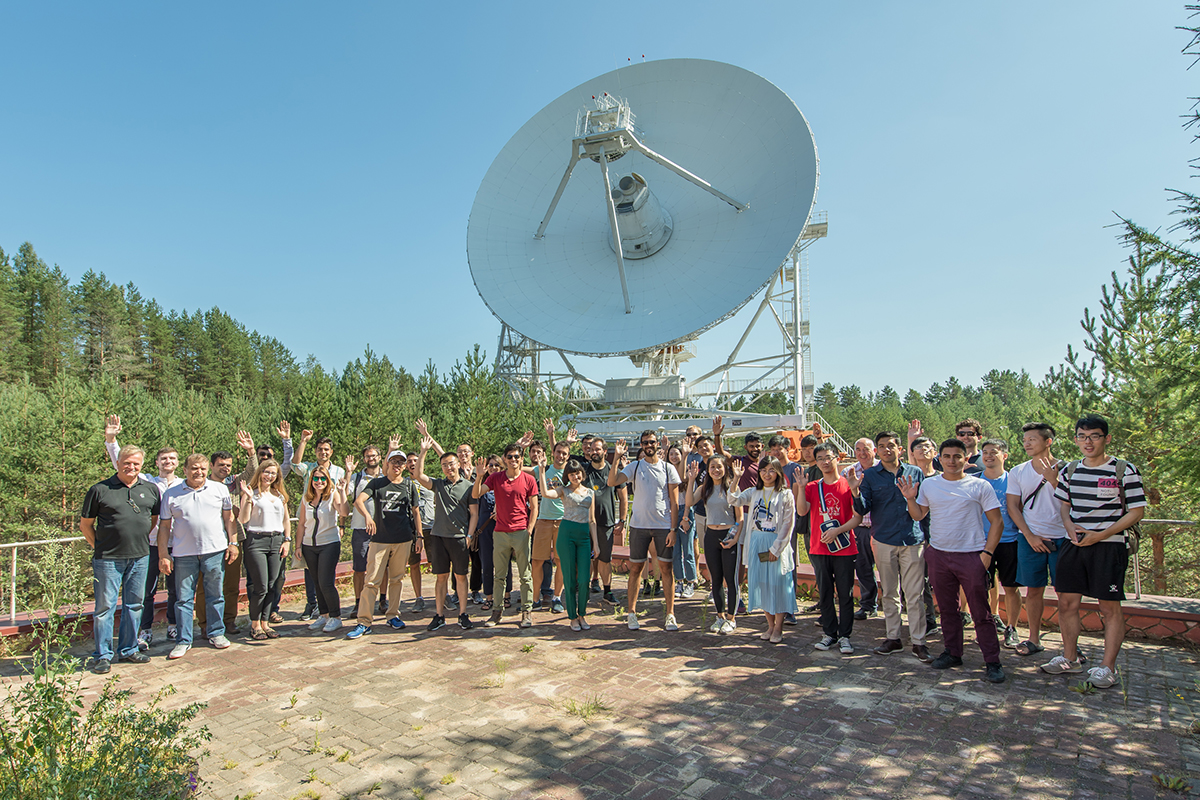 In 2018, the module on the “Space technologies” took start for the second time. This year, the number of its participants has practically doubled: nearly 40 young men and women from Austria, Germany, Spain, Italy, Iran, USA, Singapore, China, Mexico and other countries came to study the far-off space and land-based technologies of its study. Employees of the Institute of Physics, Nanotechnologies, and Telecommunications (IPT&T) played the major role in organization of the module: thanks to their efforts, the students had an intensive and interesting educational and cultural program. 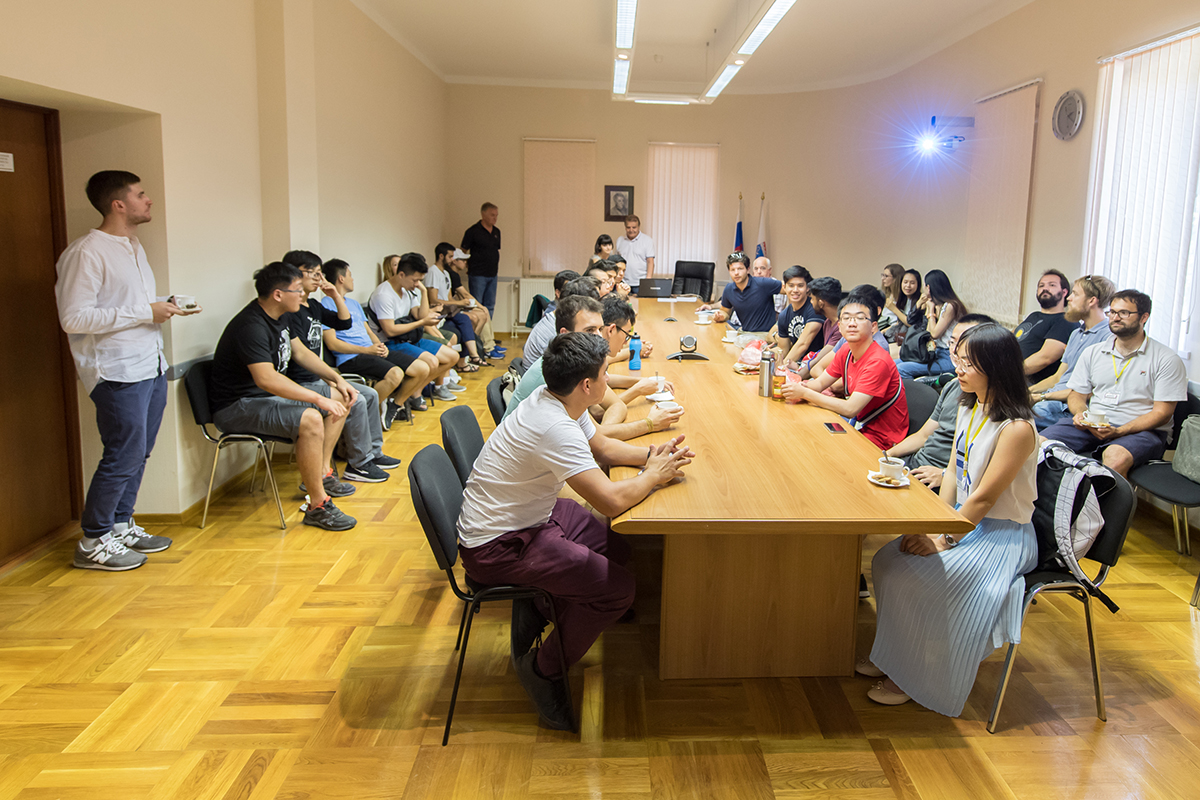 Along with the lectures taught by leading Russian and international scholars, all participants with no exception had been looking forward to visiting the Svetloye Radio Astronomy Observatory. Its major instrument is the RTF-32 radio telescope, which is recognized as one of the biggest in the world. 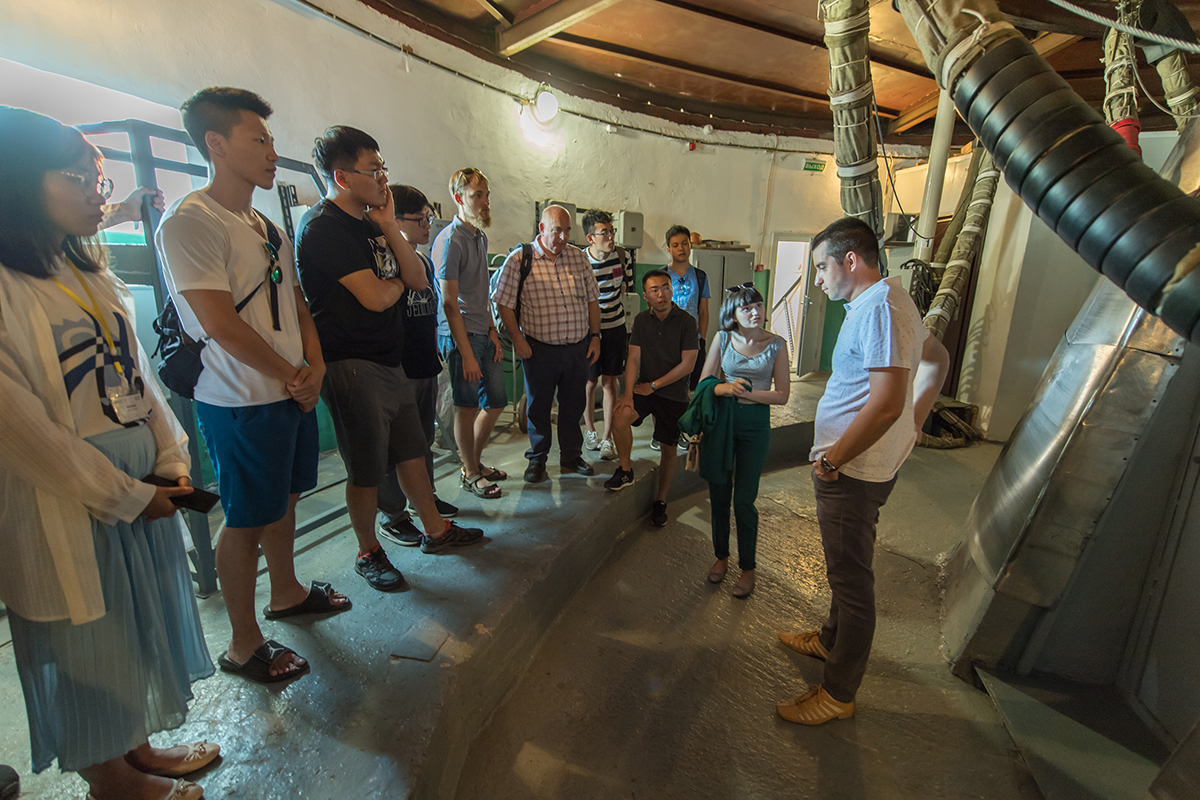 Together with two other radio astronomy observatories located in Karachaevo-Cherkessia and the Republic of Buryatia, the radio telescope is part of the Quasar-VLBI network. As the observatory employees told the students, the complex is a unique system for obtaining high-precision time and space information used for solving both fundamental and applied problems. The global Quasar-VLBI network opened bright prospects for the scholars: “At present, the scholars can study unbelievably remote space objects and also solve a whole range of the most important problems on the Earth: measure major distances with high precision, study the dynamics of the planet’s rotation, track movements of lithospheric plates, etc. With that, the observations can be carried out in the radiometric regime, when the telescope is operating solo, and in radio interferometric regime, when several radio telescopes synchronously operate in the network. Thanks to such synchronized operation, it is possible to study quasars, galactic nuclei, cosmic masers and even a supernova explosion in its initial stage,” told Director of the Priozersk Department of the Institute of Applied Astronomy, RAS Ismail A. RAKHIMOV. 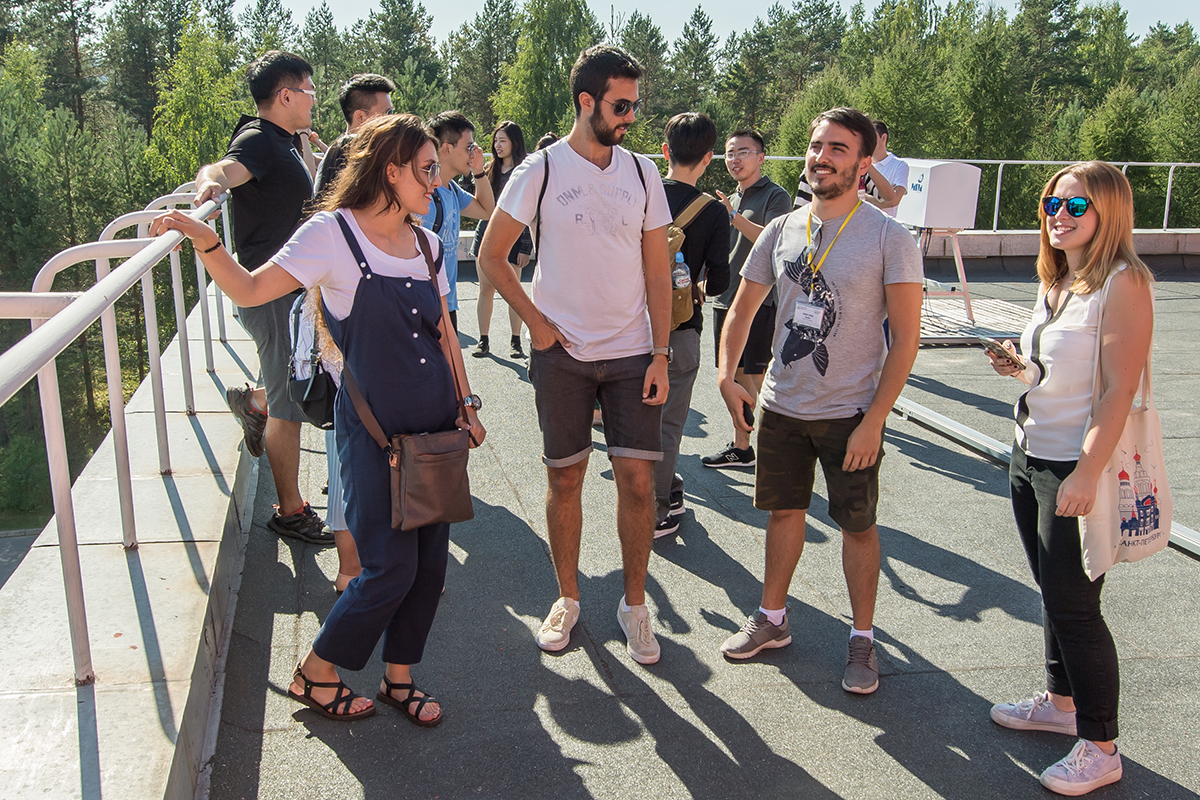 The scale of tasks which the radio telescope of the observatory is involved in is extremely broad and includes astronomy, geodesy, seismology, and space navigation. Similar complexes operate in Europe, U.S., Japan; comparable projects are implemented by China and South Korea. 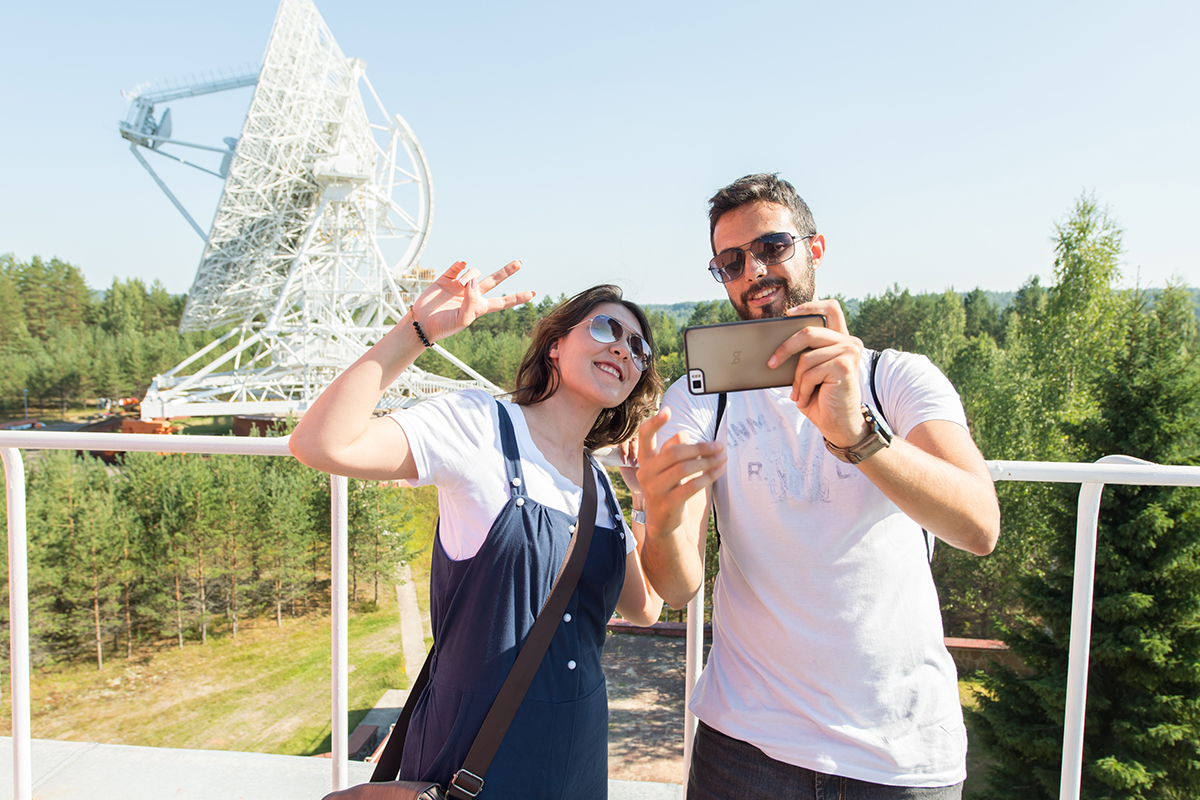 The excursion to the radio astronomy observatory did leave anybody unimpressed. “I am really fascinated with the knowledge that Russian and foreign specialists shared with us. They are true professionals in the sphere of space technologies, and they managed to teach us the basics of this very difficult but very interesting science. And this is exactly the specifics of the International Polytechnic Summer School which gives a chance to take a broader look on many topics,” German student Frederic SCHURMANN shared his impressions. 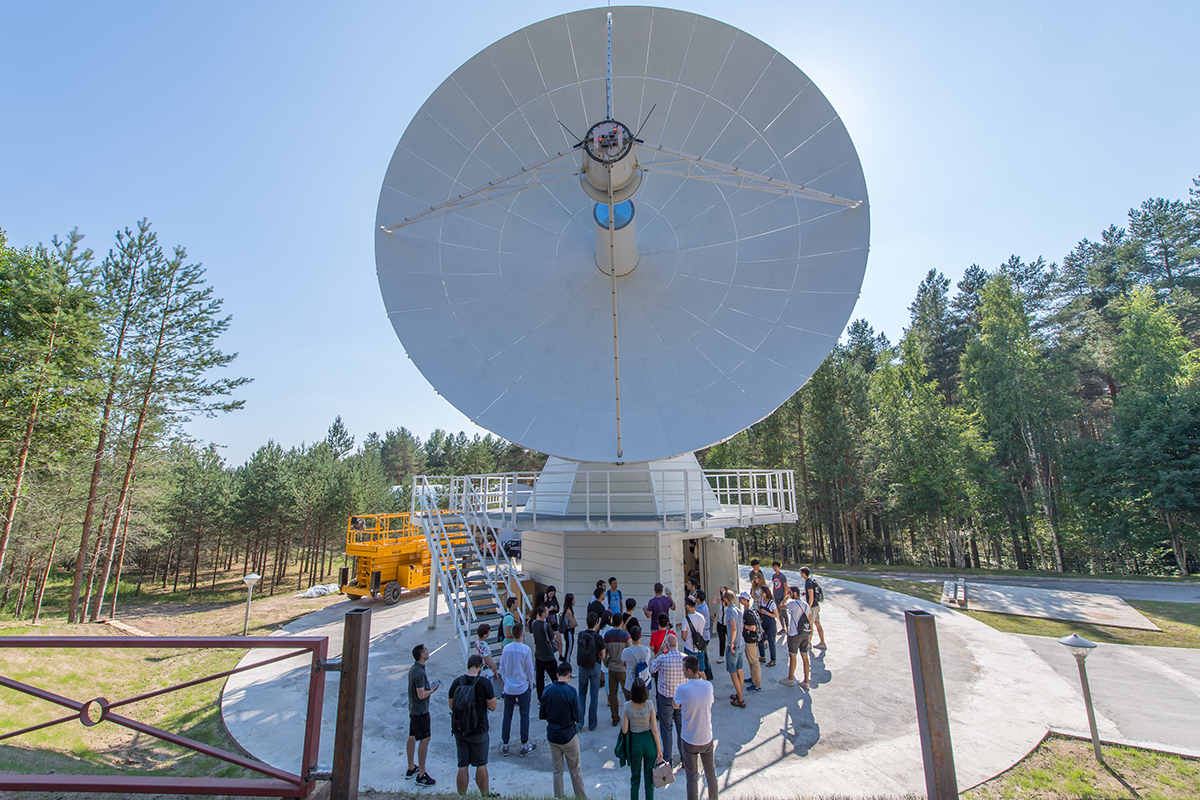 The “Space Technologies” module is over, but it left a lot of positive emotions and new knowledge in the memory of its students, and, as many of them confessed, a moving charge for many months ahead. Quite soon we will tell you about other educational modules of the International Polytechnic Summer School. Do not miss the updates on the official Polytechnic website!