Polytechnic University assistant professors and postgraduate students participated in the 7th BRICS Young Scientists Forum (BRICS-YSF), which took place from August 29th to September 1st via videoconferencing. The Forum is a unique communication platform that brings together talented young people from the BRICS countries. In 2022, the participants’ work was focused within the sessions «Biomedicine», «Artificial Intelligence», «New Materials» and «Low-Carbon Technology». In addition, the BRICS Young Scientists Innovator Prize competition is traditionally held during the forum. 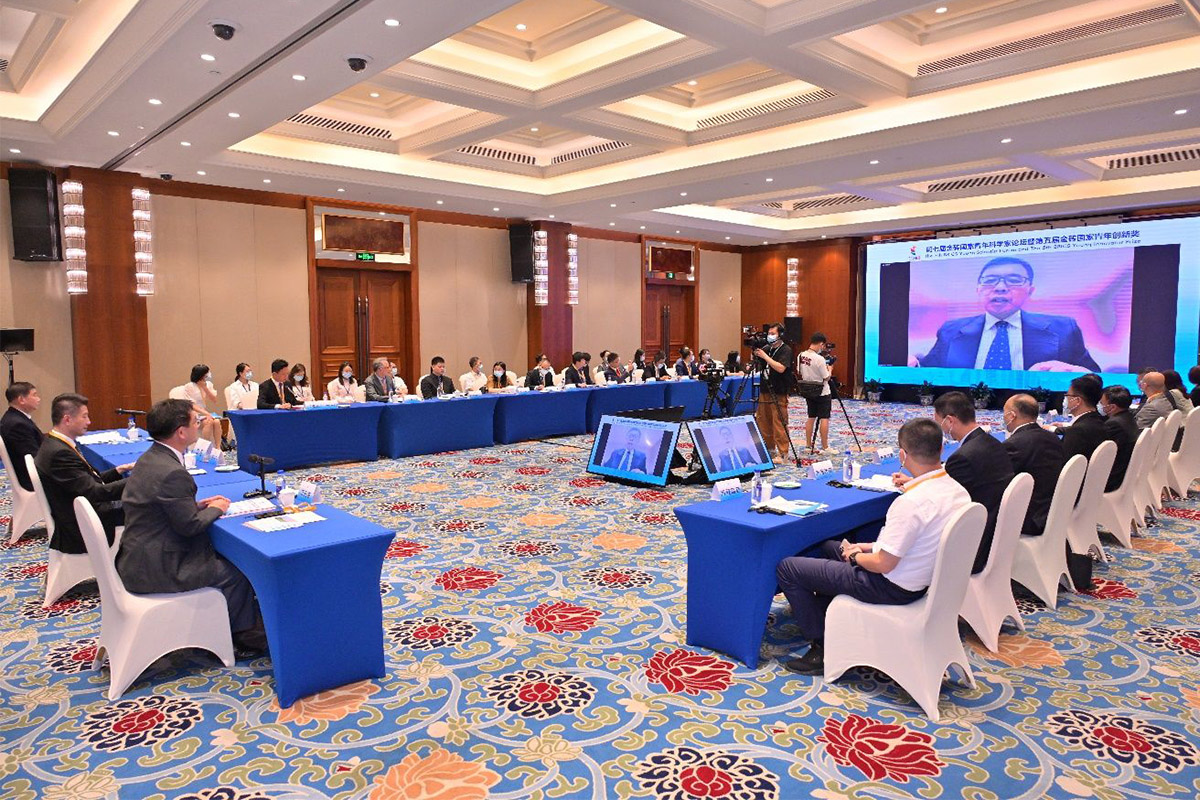 At the opening ceremony, the leaders of the Chinese Ministry of Science and Technology, the Xiamen Municipal People’s Government and Xiamen University, the university that hosted this year’s BRICS-YSF, welcomed the participants. It is hoped that innovators from the BRICS countries will take this opportunity to build mutual trust, develop cooperation and exchange friendships, Dai Gang, director of the Department of International Cooperation of the Ministry of Science and Technology, stressed. Representatives of Brazil, Russia, India, South Africa and other countries also made welcoming remarks. In total, about 200 young scientists, entrepreneurs and experts participated in the Forum this year.

Representatives of Polytechnic University speak at the BRICS-YSF annually; traditionally they are coordinated by the International Office of SPbPU. The 7th Young Scientists Forum, held under the theme «Unlocking Youth Potential, Shaping the Future of BRICS,» was attended by Associate Professor of Institute of Machinery, Materials, and Transport Maksim Maksimov and Inna Bogun and Sergey Lytkin, assistant professors of the Higher School of Hydraulic and Energy Engineering of Institute of Civil Engineering. 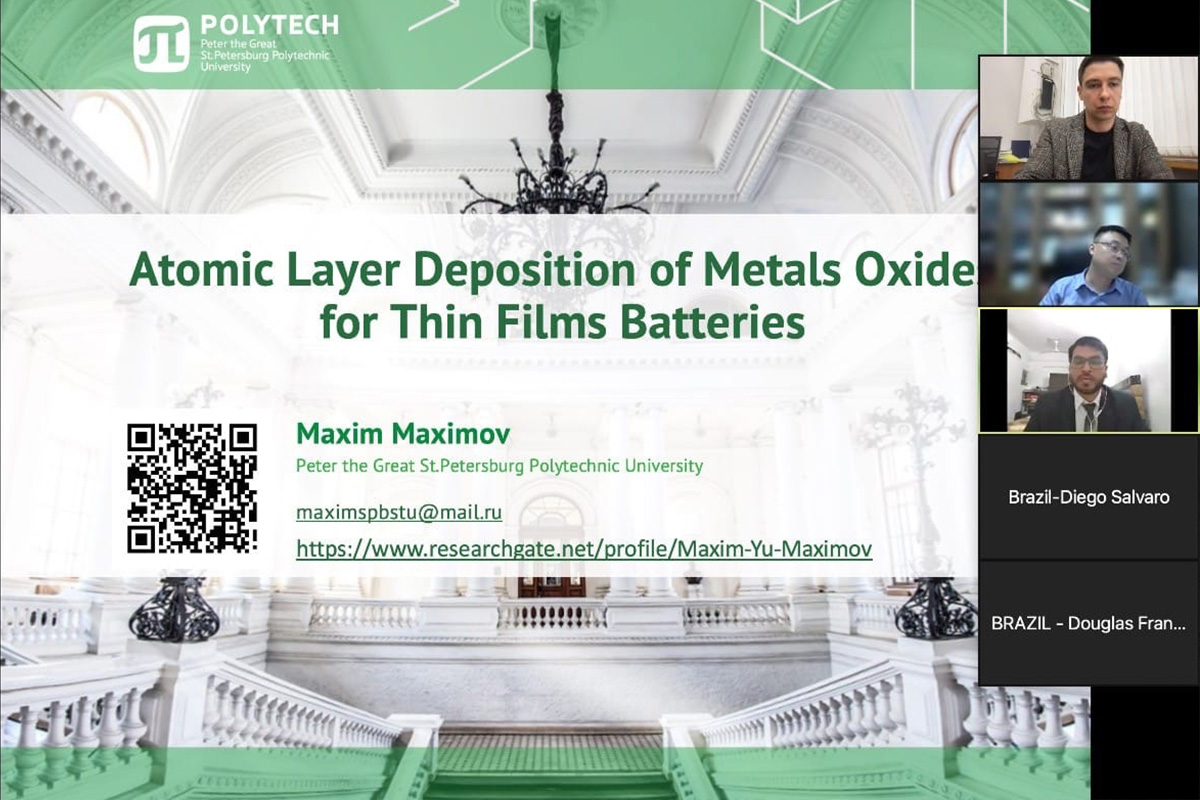 Maxim Maksimov’s talk was devoted to the application of molecular layering in thin-film lithium-ion current sources. We are studying the possibility of obtaining electrode materials as well as more complex systems for creating thin-film lithium-ion current sources using the method of molecular layering, which is important for wearable electronic devices, self-powered sensors, and Internet of Things devices, commented Associate Professor of Institute of Machinery, Materials, and Transport. According to the scientist, in the future such developments may contribute to the creation of a smart digital world. 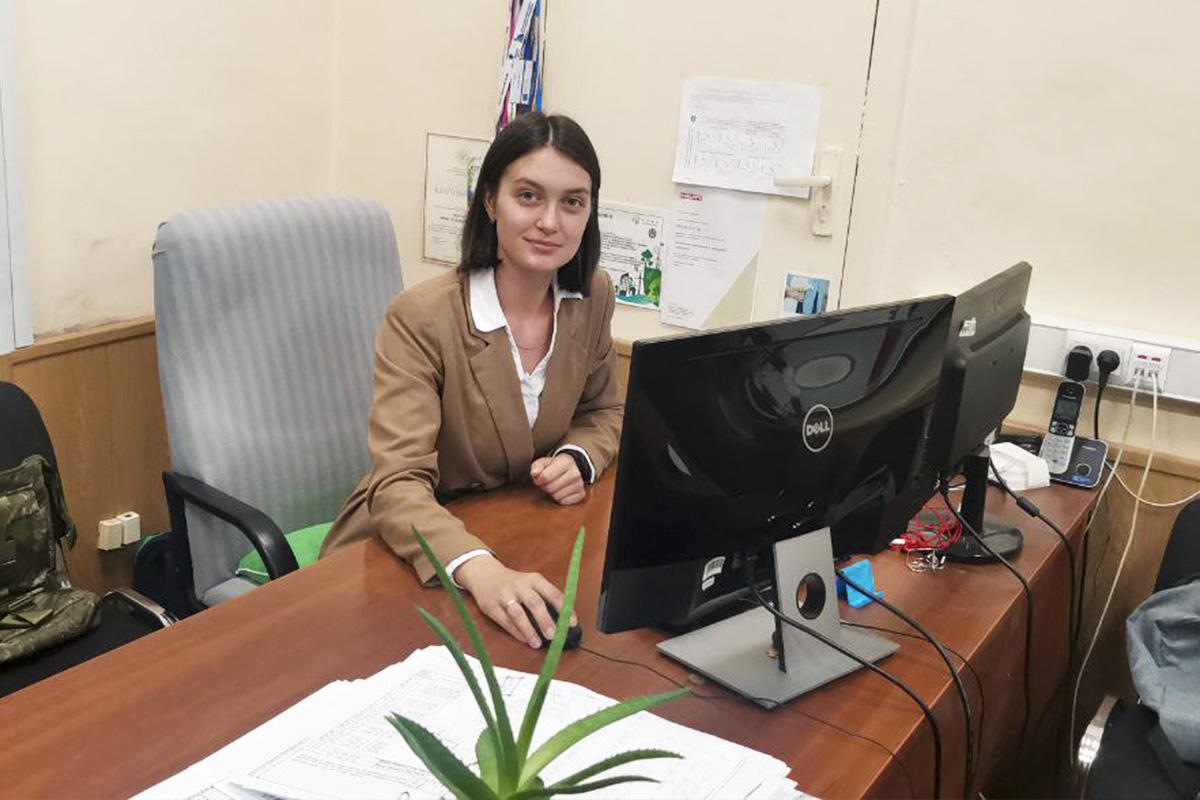 Inna Bogun spoke about «Digital design of power complexes based on renewable energy sources for autonomous power supply». This project is aimed at solving the problem of reliable and efficient power supply of autonomous consumers, relevant both for the Arctic zone of the Russian Federation and for remote consumers in Brazil, India, China and South Africa, not connected to the centralized power system. To ensure reliable and efficient power supply, advanced methods and tools of digital design are used: justification of energy resources, creation of digital maps and the use of big data in creating automatic control systems, Inna said. Based on our knowledge in the field of energy, our team developed the architecture of a hybrid scalable power plant, creating the prospects of an intelligent energy system. 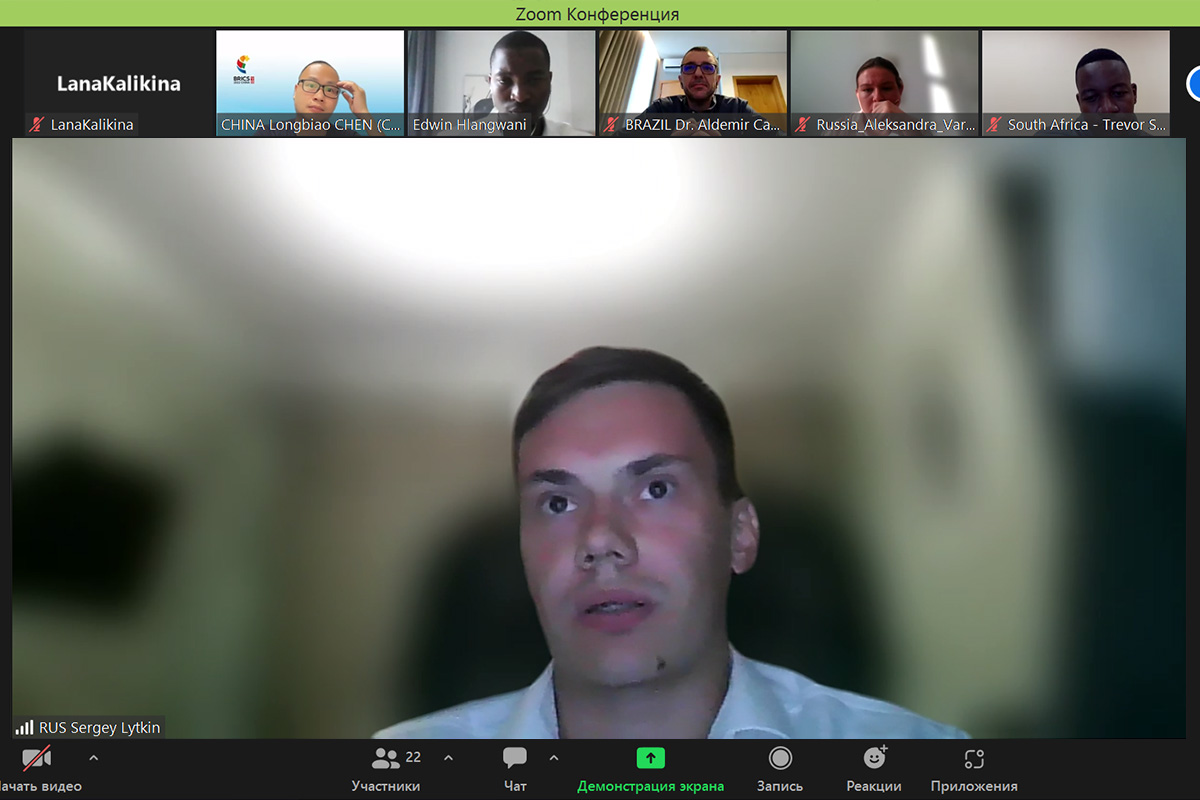 Sergey Lytkin’s report was devoted to deep learning based on 3D point clouds for geospatial applications. We considered the possibility of applying artificial intelligence methods to classify lidar survey results, Sergey said, The novelty of the approach stems from the use of 3D convolutional neural networks to process large-scale point clouds of mobile and airborne laser scans. The use of artificial intelligence makes it possible to improve the accuracy of laser reflection point classification and increase the number of recognizable objects in the point cloud as compared to traditional heuristic algorithms.

In addition to presentations by young scientists, the program of events included the Shanghai Science and Technology Exhibition, which included a demonstration of the scientific achievements of young researchers and innovators from the BRICS countries.

For Polytechnic University, cooperation with universities and organizations of BRICS countries is an important area of international activities. In July, the university signed an agreement with the BRICS+ Business Communications Support Foundation, according to which Polytechnic University will become a strategic partner of the BRICS+ International Municipal Forum for three years. The 4th International BRICS+ Municipal Forum will take place in November 2022. The event will be held with the support of the Ministry of Foreign Affairs of the Russian Federation and Rossotrudnichestvo on the site of EXPOFORUM Exhibition and Convention Centre. As a strategic partner, Polytechnic University will hold its own profile session as part of the business program.