Digest from SPbPU Representative Office in Shanghai: Results of Summer 2021

The summer of 2021 was a productive one for the official Representative Office of SPbPU in Shanghai. Together with the colleagues from Polytechnic University’s international office and institutes, the Shanghai office was active in many areas. The summer “piggy bank” of the representative office includes negotiations with foreign partners about promising areas of cooperation, the signing of partnership agreements, and various international forums and conferences. Also, the educational activity was very high: about 300 students from China took part in the International Polytechnic Summer School online. Read about this and more in our traditional news digest. 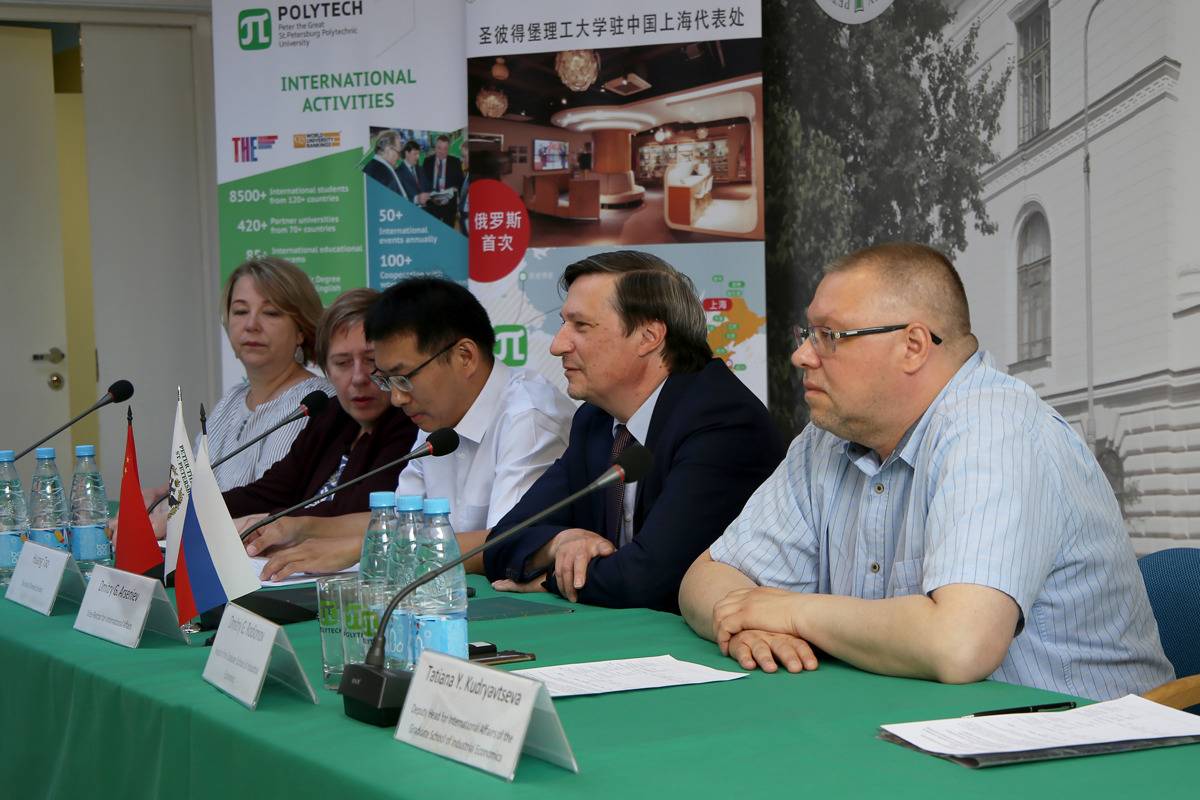 Cooperation agreement with Lanzhou University of Finance and Economics

Early in June SPbPU and Lanzhou University of Finance and Economics (PRC) signed a cooperation agreement. The ceremony was held online and was attended by representatives of the international services, institutes, and schools of higher education of SPbPU, heads and staff of the institutes, and the international office of the Chinese university. The cooperation agreement was signed by the Vice-Rector for International Affairs of SPbPU Dmitry ARSENIEV and Vice-President of the Lanzhou University of Finance and Economics HU Cai. Within the framework of partnership, the universities plan to implement a joint international bachelor’s degree program in English in the “Economics” field of study. Students in this line of study are trained at the Higher School of Engineering and Economics at SPbPU. 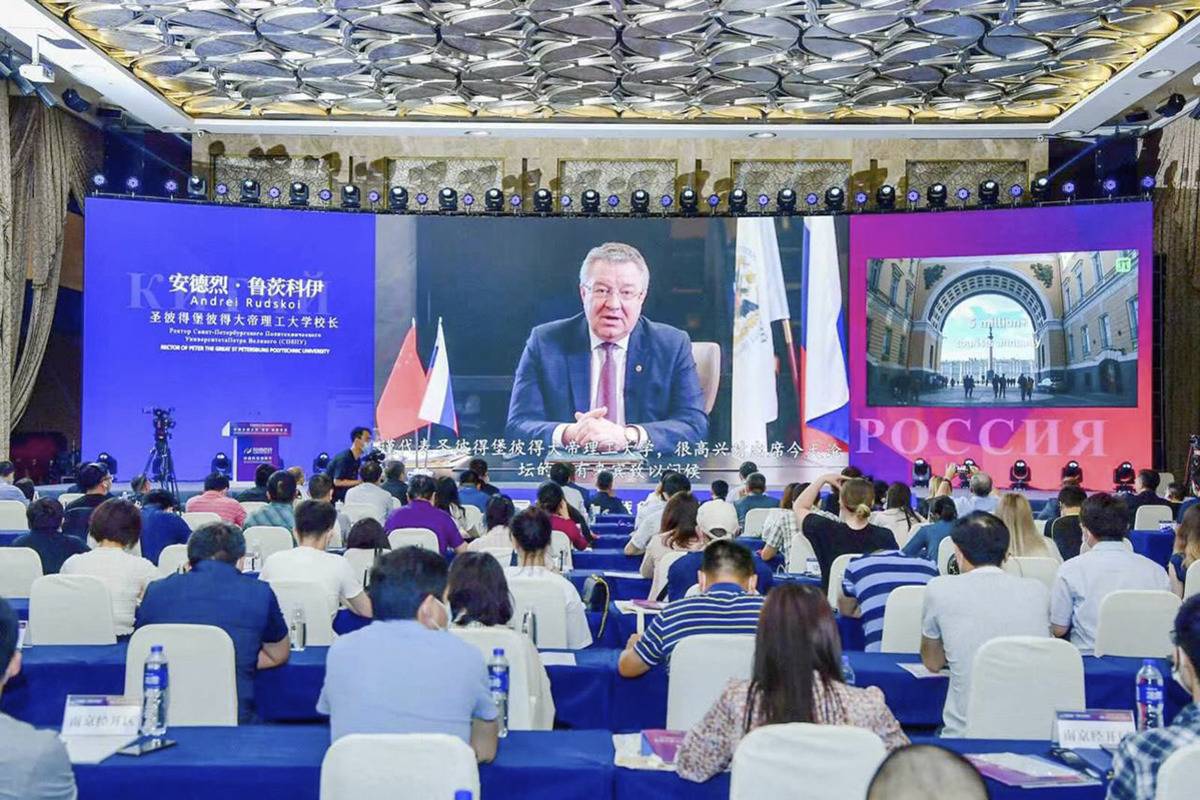 SPbPU took part in the Russian-Chinese Forum of Universities and Research Institutes, which was held as part of the Technology Week in Nanjing (PRC). It was organized by the Nanjing Municipal Bureau of Science and Technology, co-organized by the Russian-Chinese Innovation Alliance (RCIA), and GlobalTech IP, a partner company of SPbPU. The forum was supported by the Department of International Cooperation of the Ministry of Science and Technology of China and the Department of Science and Technology of Jiangsu Province. During the Forum, Rector of SPbPU Andrei RUDRSKY gave a presentation where he outlined the key areas of scientific and technological cooperation with universities and companies of the People’s Republic of China, presented large-scale projects already implemented, and indicated the prospects for future cooperation. During the Russian-Chinese Forum, SPbPU and Nanjing City Hall signed an agreement to develop innovative cooperation. Polytechnic University also received a certificate as a founder of the Russian-Chinese Innovation Alliance (RCIA). 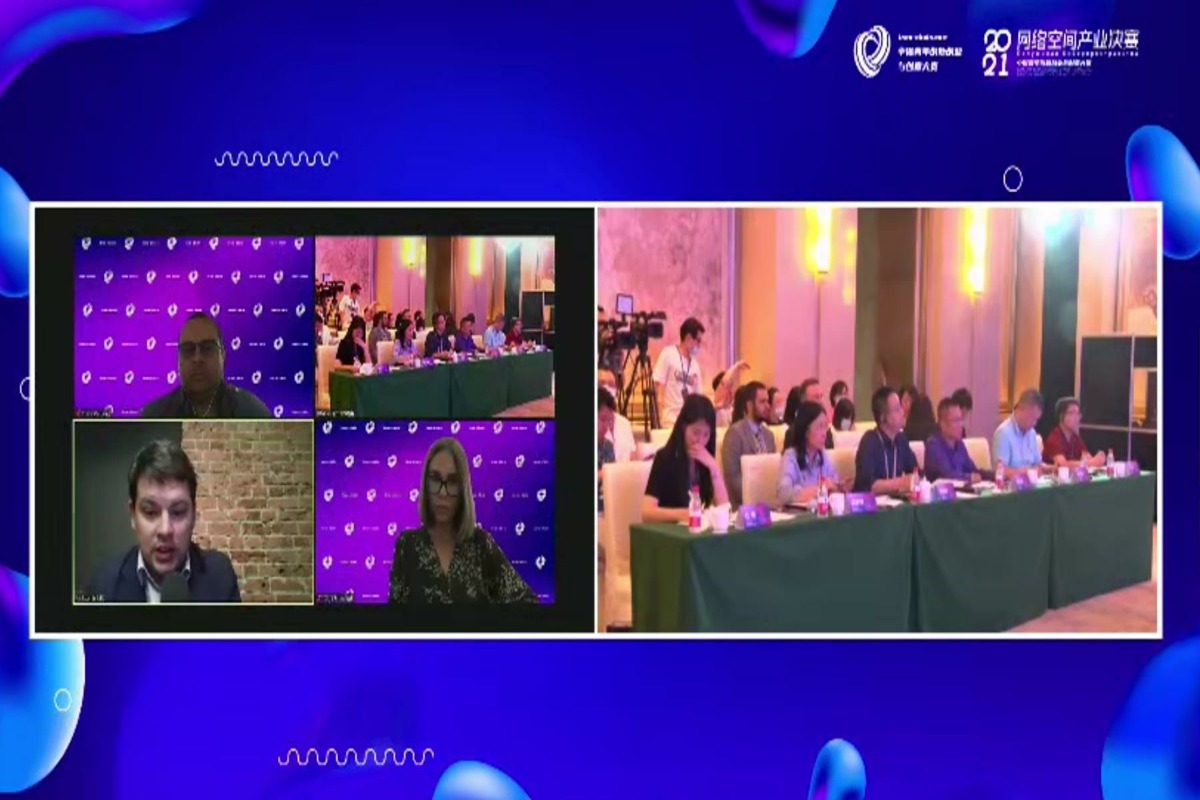 A team of young scientists from SPbPU advanced to the finals of the First Russian-Chinese Youth Competition for Innovation, Entrepreneurship, and Creativity. The competition was organized by Polytechnic University’s strategic partner, Tsinghua University (PRC), Zhongguancun Development Group, Moscow Innovation Cluster, and others. The participants presented entrepreneurial and innovative projects in six tracks: cyberspace, hardware IT technology, advanced manufacturing, new energy sources and new materials, medicine and health care, creative industries, tourism, and sports. The project of Polytechnic scientists under the guidance of Alexander FEDOTOV, Senior Lecturer of the Higher School of Intellectual Systems and Supercomputer Technologies, was dedicated to the system of phytosanitary threats detection based on artificial intelligence.

The staff of the Representative Office negotiated with representatives of the Department of International Relations and professors from Shanghai Maritime University, which resulted in the signing of an agreement to create a dual degree program. It is planned that under the program students from China will study computer science and technology at two universities in English. Education will be organized in a “3+1” format which means three years of studies in a Chinese university and one year in a Russian one. The successful graduates of the program will be awarded two diplomas: from St. Petersburg State Polytechnic University and Shanghai Maritime University.

On June 29, 2021, Polytechnic University took part in the special session “New Energy and New Materials. Overseas Professionals - 2021.” The event was held in Wuhan (Hubei province). The organizers were the Ministry of Science and Technology of China and the Wuhan Research Institute of New Energy. Professors of the Graduate School of Physics and Material Technology Oleg TOLOCHKO and Tatiana LARIONOVA, Professor of the Graduate School of Hydraulic and Energy Engineering Natalia POLITAEVA and Head of the SPbPU Representative Office in Shanghai Lu Zhiyu spoke online on behalf of Polytechnic University. The participants presented projects on new materials and technologies for water treatment, as well as power system technologies.

The International Polytechnic Summer School 2021 has become very popular among Chinese students: more than 300 citizens of the People's Republic of China took part in its various programs online. Most of them come from SPbPU's strategic partner Zhejiang University (159 students) and Shanghai Maritime University (118 students). In many respects, these results were achieved thanks to the active work of the SPbPU official representative office in Shanghai as well as the wide partner network of St. Petersburg Polytechnic University in the People's Republic of China. Among the most popular programs among Chinese students are “Cross-Cultural School of Entrepreneurship and Marketing”, “Machine Learning: Theory and Application”, “Renewable Energy”, “Digital Technologies in Energy”, “Introduction to Plasma Physics and Managed Nuclear Fusion” and “Business in Russia.” 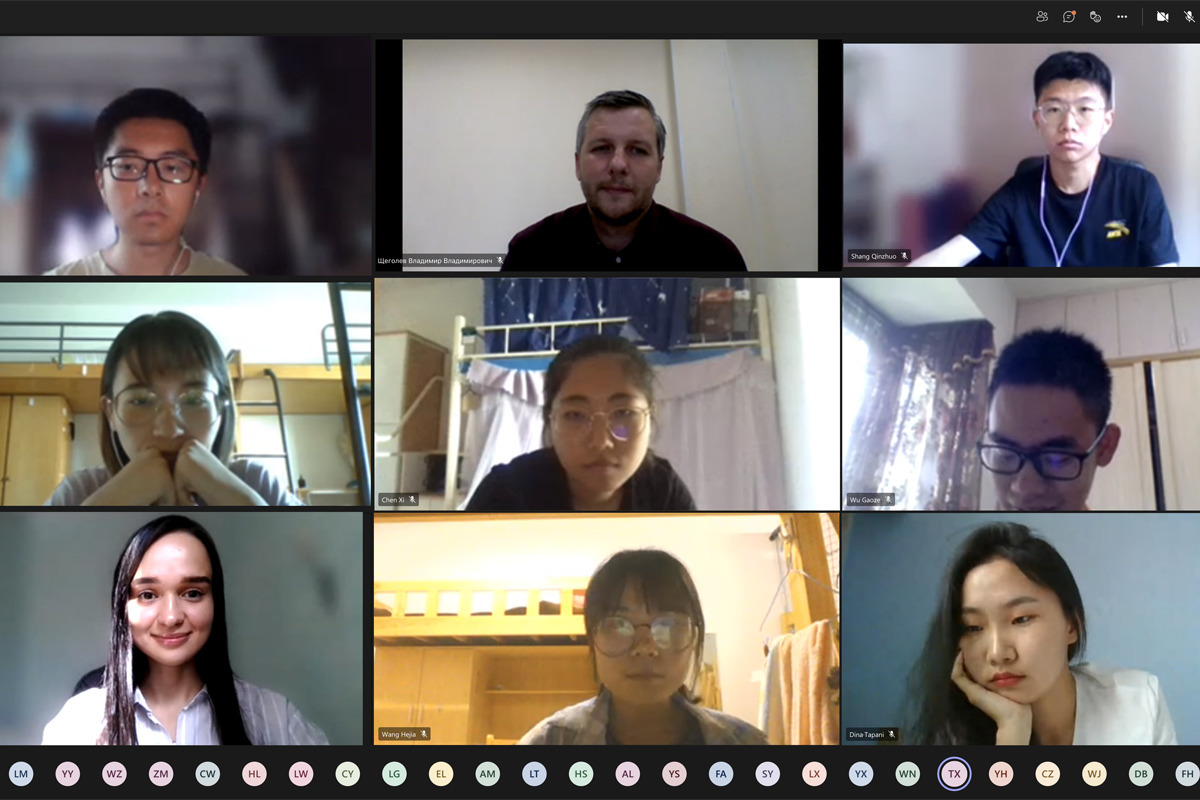 Not only did I gain a lot of useful knowledge, but I also improved my listening and speaking skills in English, as well as in teamwork and planning skills. There were many bright examples, which helped me better understand the city of St. Petersburg, Russia, and aspects to pay attention to in cross-cultural marketing, shared his opinion CHI Yizhan, a student from China.

The summer school not only helped me improve my English but also broadened my thinking. I learned many factors to consider when entering a foreign market with a product. We did a great job of working together. Thanks to the teachers and staff at Polytechnic for their dedication! said Wu Yingjie, a student from China.

At the end of July, SPbPU took part in negotiations with the China National Technology Transfer Center. Polytechnic University was represented by Lu Zhiyu, Head of SPbPU Representative Office in Shanghai, and the Chinese side was represented by Zhu Jiang, Vice President of the China National Technology Transfer Center, and Ye Lei, Director of the International Exchange Department. During the meeting, the parties discussed the development of Russian-Chinese innovation projects. Mr. Ye Lei told about the international experience of the Center including the joint Chinese-English “Accelerator” project. The Chinese colleagues also got acquainted with the activities of the Representative Office of SPbPU and the peculiarities of Russian projects. Vice-President of the Chinese National Technology Transfer Center ZHU Jiang pointed out that “the relations between China and Russia are now at a very friendly period” and expressed his opinion that cooperation between SPbPU and the Center has good prospects for development.

In August PPSU joined the International Forum on Smart Grid Protection and Management “2021 Purple Mountain Forum” which is aimed at defining the international strategy of engineering technologies development. The forum was hosted by the Chinese Academy of Engineering and NARI GROUP, a long-time partner of Polytechnic University. About 80 leading scientists and experts from nine countries, including Russia, the USA, Great Britain, Australia, Sweden, and others took part in the event. SPbPU was represented by First Vice-Rector Vitaliy SERGEEEv and Professor Maxim POPOV of the Higher School of High Voltage Power Engineering, who took an active part in the collective discussion “Analysis and Control of Safety and Stability of the New Power System.”