The annual NAFSA (National Association for Foreign Student Affairs) Educational Forum, which is considered to be one of the largest in the world, took place in Washington. Peter the Great St. Petersburg Polytechnic University was represented at the joint pavilion of the Project 5-100 together with other universities participating in the project. The theme of the annual conference - “Global Leadership, Learning, and Change” - encouraged the audience to think about the current situation in higher education, to air and share the ideas how to cope with changes and challenges and offer solutions. 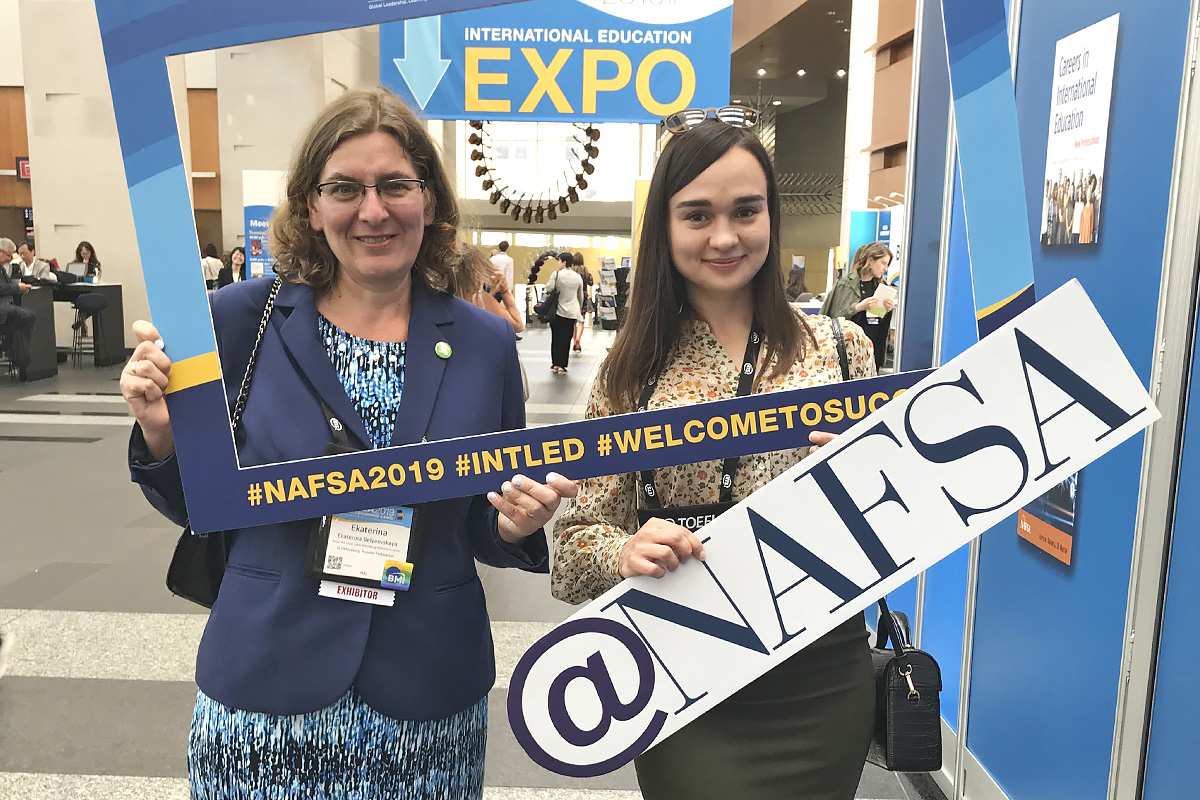 vSPbPU team was represented by Ekaterina BELYAEVSKAYA, Head of the International Academic Cooperation Department and Darina Klimova, coordinator of the International Polytechnic Summer School. SPbPU representatives participated in about 100 business meetings at the conference. As well our SPbPU team discussed a large-scale international event with partners from the City, University of London (UK) that will soon bring together many foreign universities: at the end of July, a global Symposium of World Cities World Class University Network (WC2) will be held at the Polytechnic University with participation of the leading universities of the world. Only from the British University this summer about 20 people will come to the Polytech - students, young scientists and professors. 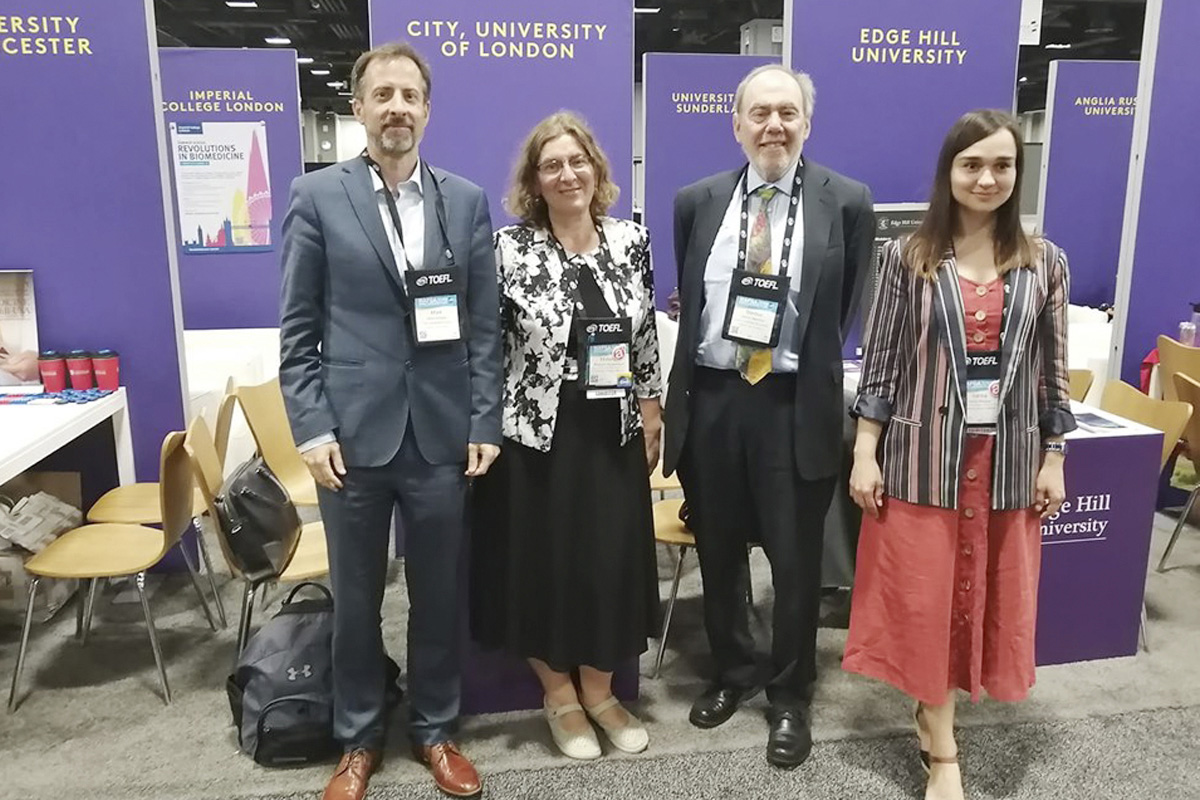 During the meeting with SPbPU US partner the University of Southern New Hampshire (SNHU) the parties discussed the issues of student mobility enhancing. Currently SNHU and three SPbPU institutes have established active student exchange. In the near future it is planned to increase the number of academic mobility educational areas. Productive meetings were held with a number of German universities with a range of discussions on the development of joint research activities, student exchange programs and participation in the Erasmus+ projects. Colleagues from universities in Chile expressed their interest in academic exchange: in particular, in the following areas: physics, mathematics, biomedicine, and information technologies. In addition, Russian students could have an opportunity to receive scholarships in Chilean universities. As well, SPbPU team discussed joint PhD programs with universities in France: both Russian and French colleagues have shown interest in this topic for a long term. The partners pay special attention to the opportunities of the near future with regards to the changes in the legislation of the RF and degrees awarding regulations of the Polytechnic University. 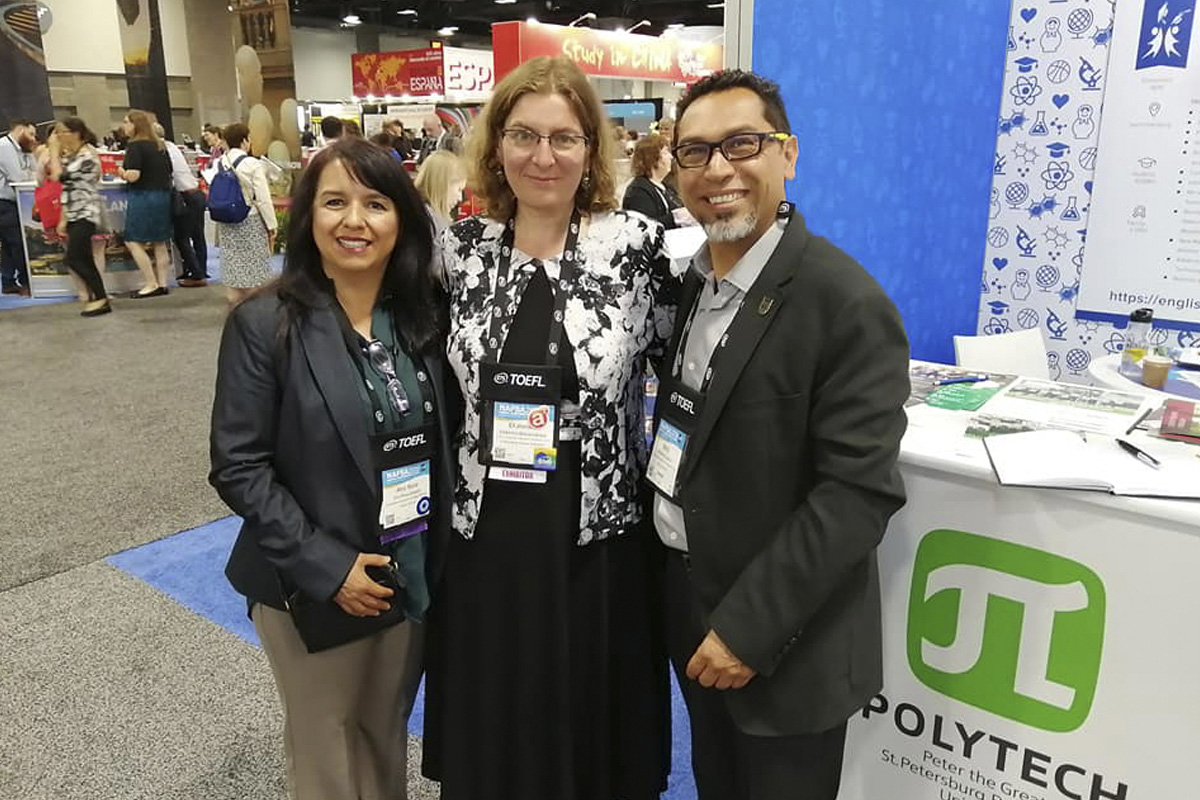 Various American universities are interested in collaboration with the Polytechnic University. Representatives of universities from various states note the growing interest of their students in the Russian language. And SPbPU is widely known for its high-level courses for foreign students and the Center of Russian as a Foreign Language. The delegation of the university sent warm greetings from a 1995-1996 graduate of Stanley Currier – now a leading specialist of IREX.

Developing a successful student internship experience became the main topic of discussion with representatives of the Massachusetts Institute of Technology (MIT). Unique student projects that combine advanced research and technology making use of the equipment of various Polytechnic laboratories - this is the format that attracts attention of the leading universities. A week later the MIT-Russia program Director, Professor Elizabeth WUD, will visit SPbPU and discuss with representatives of the International Office and institutions the possibilities for organizing long-term internships for MIT students at SPbPU. 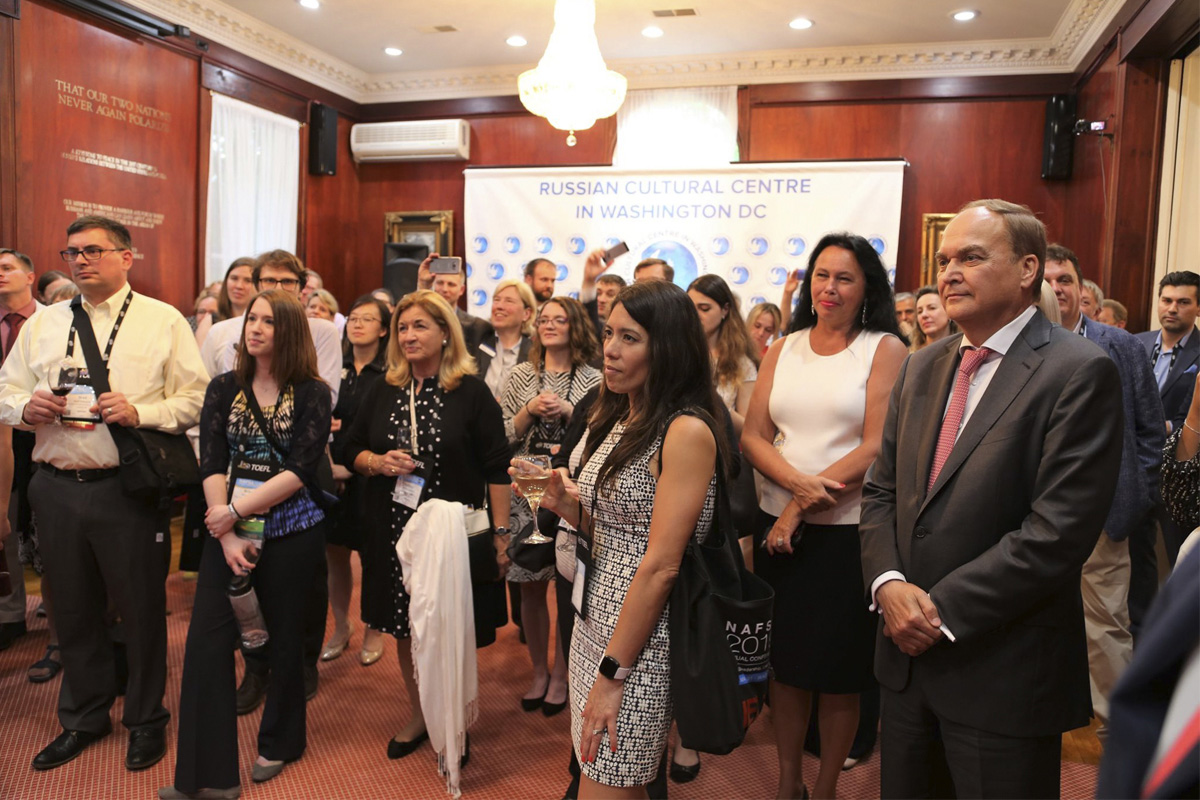 This year special attention was paid to the Project 5-100 universities. For the first time a special reception was organized for our foreign friends and partners on behalf of the Russian Embassy within the frameworks of NAFSA conference at the Russian House of Culture. The Ambassador of the Russian Federation to the USA Mr. Anatoly ANTONOV and the Head of the Representative Office of Rossotrudnichestvo in the United States Mark KALININ presented the internationalization statistics of leading Russian universities, the Russian education export program and the main trends that formed the basis of the National Science and Education projects. 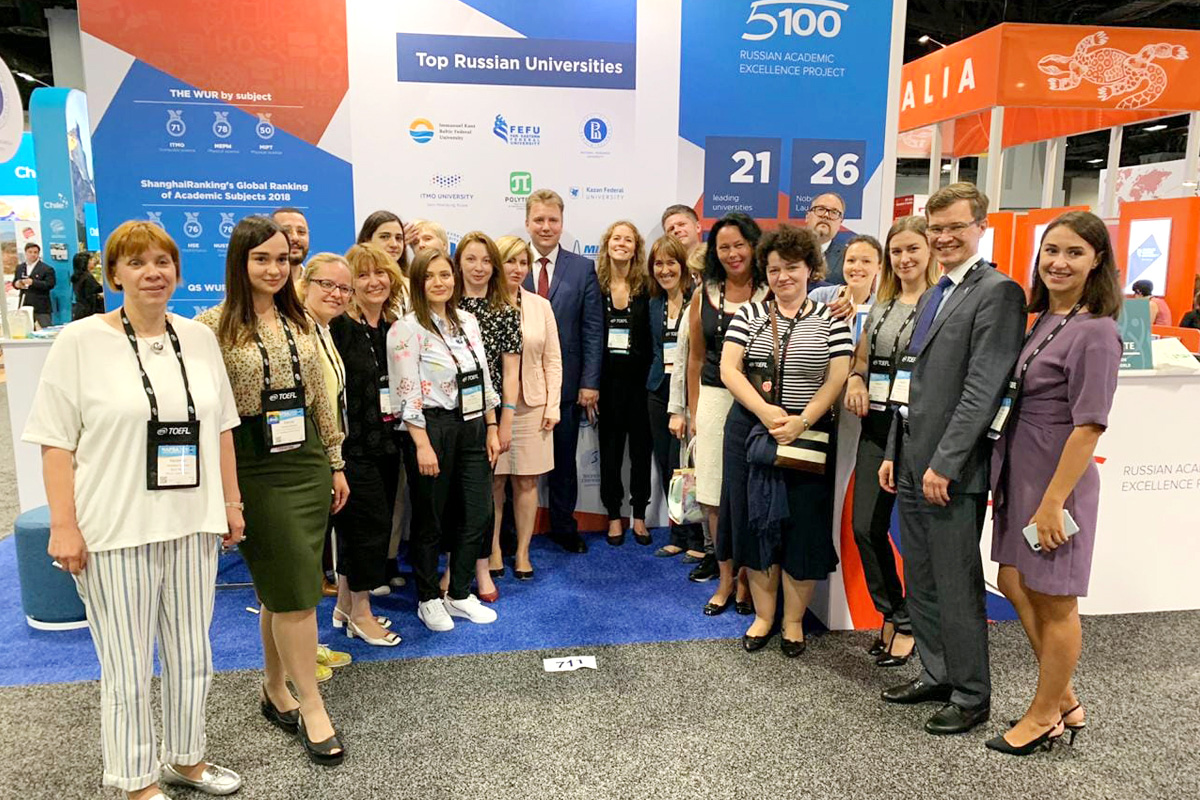 Efficient, promising and emotional - NAFSA 2019 created special atmosphere for all the participants. “The absolute majority of visitors to the Russian stand were aware of the Project 5-100 and were familiar with the university. They offered specific ideas and formats, - underlined Ekaterina BELYAEVSKAYA,- it is incredibly nice to see that our foreign colleagues are following the news of the Project, they are aware of changes in the education system and the innovations at the university. Many of those who first heard about the Polytech two or three years ago now came as partners. The results of our activities have been expressed in agreements on several new double degree programs, student marathons, joint summer schools etc. With several very large universities including the United States, Germany, France and Korea we have planned joint research activities and certain joint projects. A couple of meetings gave a special reason to be proud of - new universities came to meet with us following the direct recommendation of their national agencies! Project Universities 5-100 were perceived as a single team and pride of the country. We are so different, but we have clearly become in demand in the world - thanks to the national project and participation in such significant events as world forums.”