On July 9, the “Additive Production and Joining Technologies” international program took start at the SPbPU Summer School. It became the first joint educational module of Peter the Great Polytechnic University and the French Polytechnic School (école Polytechnique, also known by the nickname "X"), and the first in a series of courses of the International Polytechnic Summer School, the official start of which is scheduled for July 15. 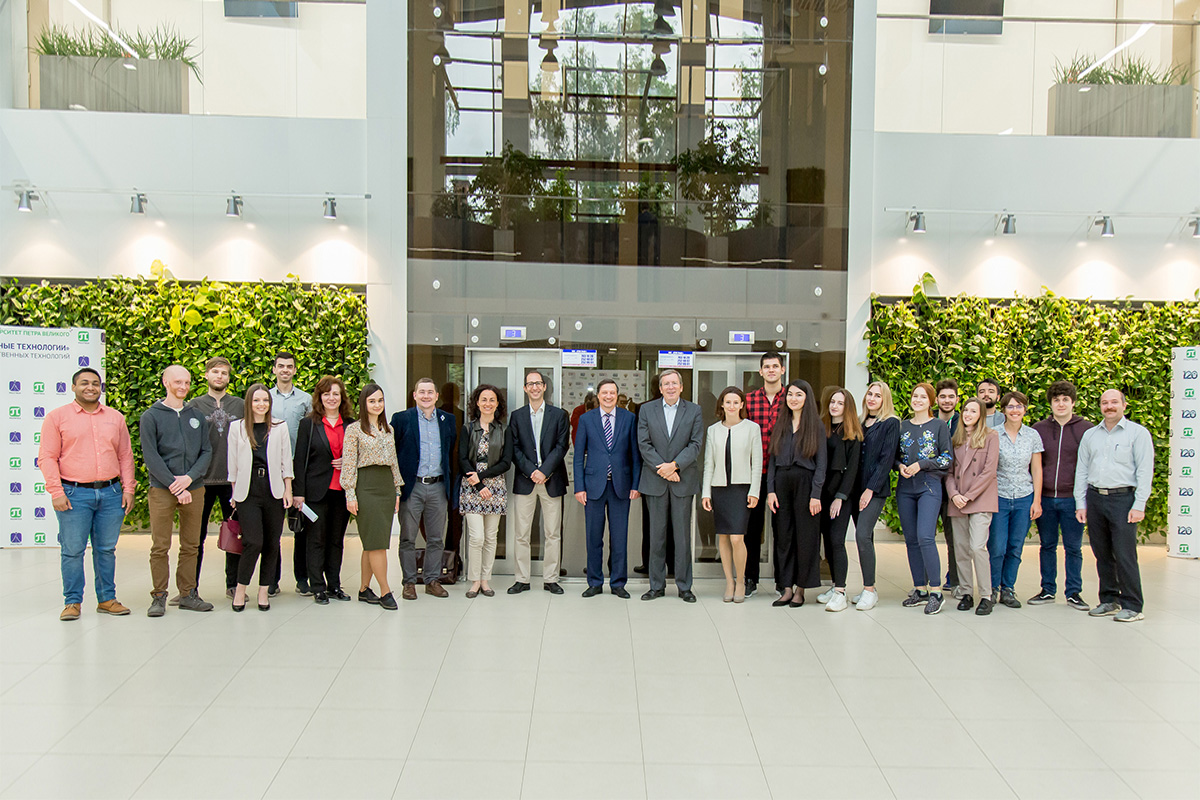 The beginning of the joint work of the two major polytechnic universities put an agreement on cooperation signed by the rector of SPbPU Academician of the Russian Academy of Sciences A.I. RUDSKOI and Provost of École Polytechnique Frank PACARD during the visit of Polytechnic University to France in 2018. For almost a year, intensive work was carried out on the creation and approval of the curricula, and their implementation in an actual educational program for foreign students that is in demand in the modern education market.

The students rated the program: 15 people from France, Germany, Belgium, Algeria, Kazakhstan, Iran and Russia chose the course on additive technologies. Within two weeks, they will study modern methods of materials processing and research, additive and connecting technologies, and other theoretical and practical materials. 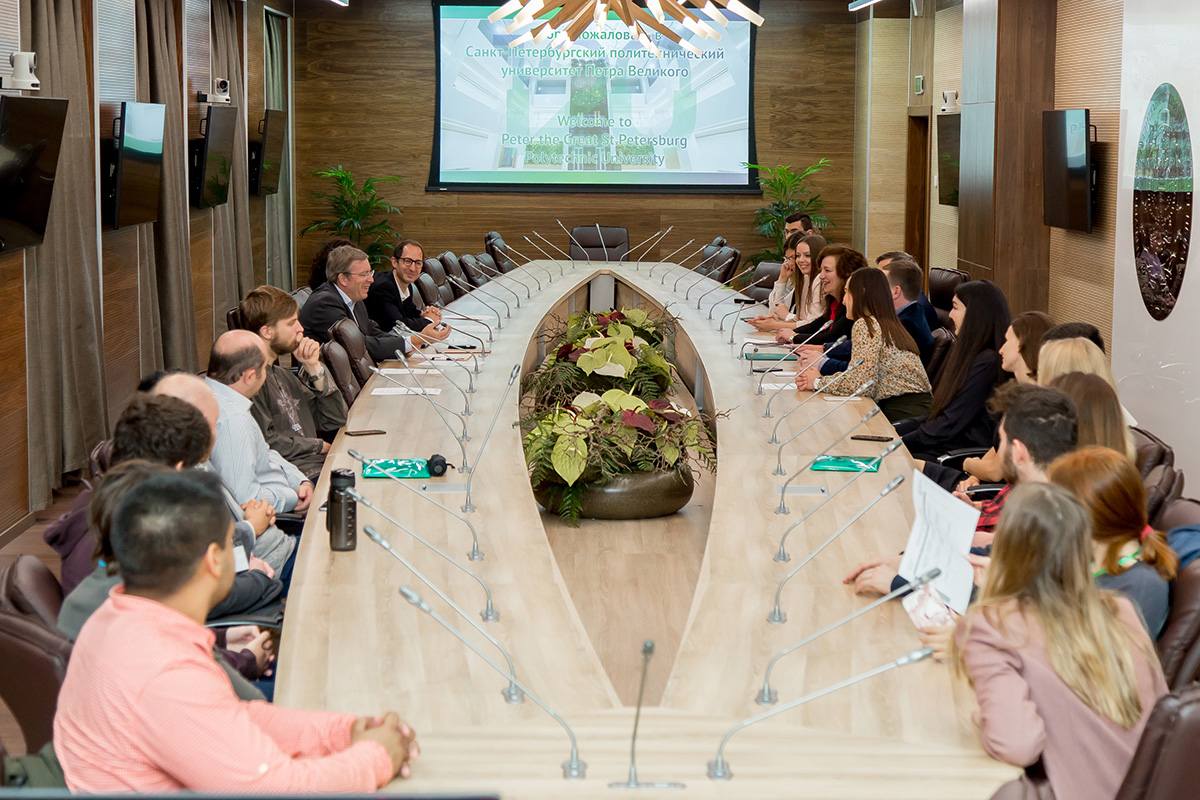 On the occasion of the launch of the joint program, Polytechnic University was visited by a representative delegation from école Polytechnique headed by the provost for education and research, Frank PACARD. The delegation also included Elena MURÉ, Director of the International Office, and Eric CHARKALUK, Associate Professor of école Polytechnique, Doctor of Engineering. Professor CHARKALUK participated in the creation of the new program from the French side. From SPbPU, Associate Professor IMMET Anton NAUMOV worked on the program.

The opening ceremony of the program was held in the Research Building of SPbPU. The honored guests and participants of the school were greeted by a team of international services and institutes of Polytechnic University. “We are extremely pleased to see how quickly the agreements signed on paper translate into real results of the operational and well-coordinated work of specialists from both universities. These make excellent prospects for the development of cooperation in other areas. I wish all participants of the new program not only to acquire valuable knowledge about the disciplines chosen, but also to meet new friends here. Let long distances between countries be measured only in kilometers, and close and fruitful relations of cooperation, mutual understanding and strong friendship be established and remain between us,” Vice Rector for International Relations D.G. ARSENIEV pointed out.

In his turn, the Provost of École Polytechnique Frank PAKARD emphasized that Russian and French universities have many common values and interests, and expressed his hopes for increased cooperation. “It is always nice when an agreement is supported by a specific case. Polytechnic University and École Polytechnique have close ties with industry, and fully realize the importance of developing practical aspects in the educational process. Perhaps it was exactly the general views and ideas that caused the rapid and successful creation of a joint educational product,” pointed out professor PACARD. 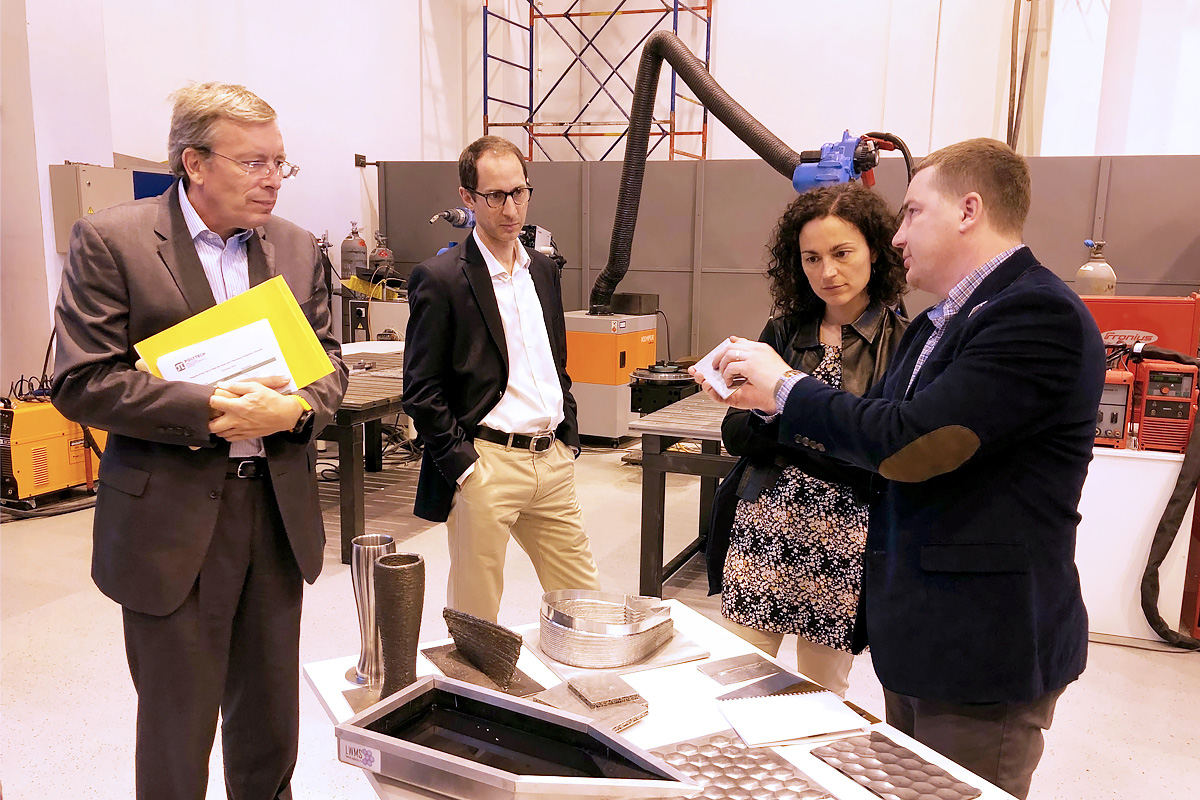 At the end of the opening ceremony, the French colleagues took a tour of the laboratories and scientific centers of SPbPU, after which they once again met with the team of international services and institutes of Polytechnic University at the Resource Center of the International Campus. This time it was to discuss specific areas of cooperation. Taking into account the successful experience of creating a joint educational program for the summer school, the parties spoke about the possibility of developing joint programs of international Master’s degree and postgraduate studies. Another new SPbPU project also caused a considerable interest: united student project marathons with participation of Russian and foreign students, young scientists and teachers from Polytechnic University and partner universities. 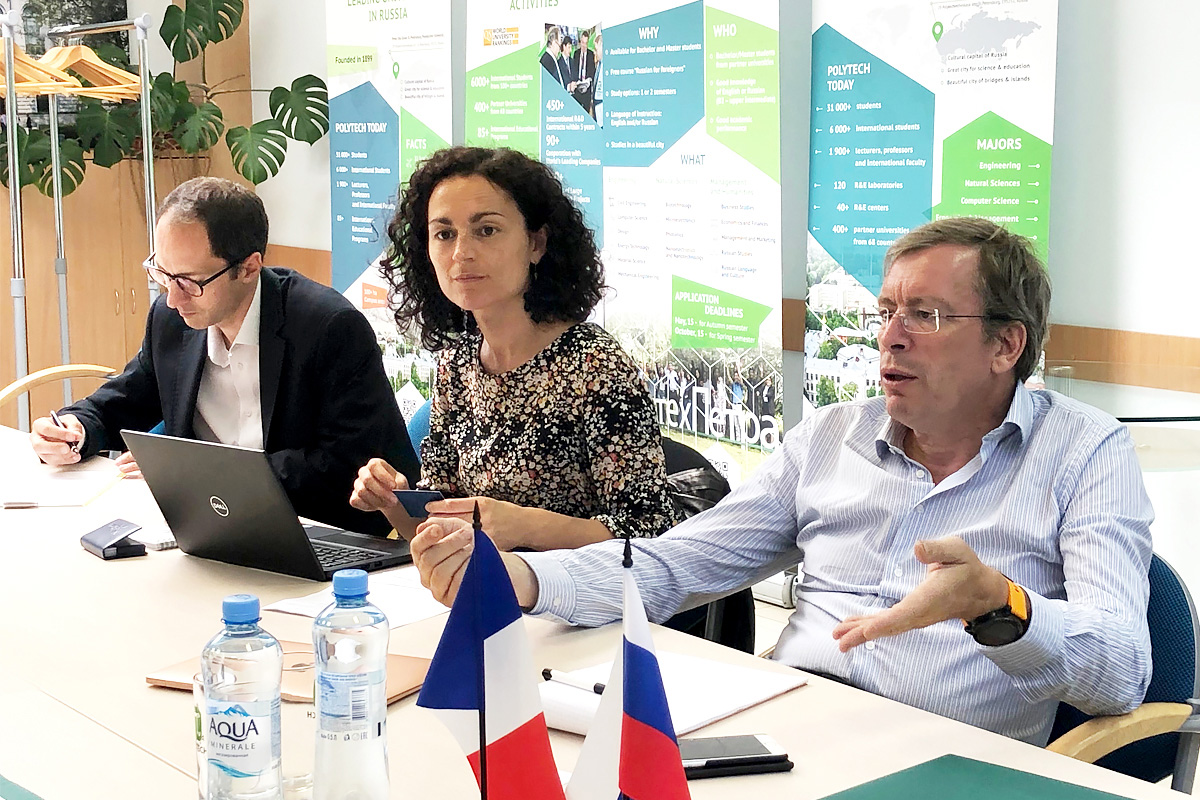 “Both universities have great potentials. Both universities have bright-eyed specialists ready to implement new projects and to involve students and young scientists in them. We hope that soon we will be able to assess their results, and our international inter-university cooperation will further contribute to the development of relevant areas of science and education,” D.G. ARSENYEV concluded.