The development of relations with the Ibero-American region remains a key area of international SPbPU activity, and the 3rd Forum of Rectors of Ibero-American and Russian Universities gave Polytechnic University additional opportunities for to strengthening its positions in this area.

A large-scale event, traditionally held by the Russian Union of Rectors, brought together key Russian and Latin American universities. Nearly 90 Russian and foreign delegations attended the Forum held at the Moscow Lomonosov State University on October 11, 2018. The National University of Cuyo (Argentina), the University of Seville (Spain), Parana Federal Technological University (Brazil), the Madrid Polytechnic University (Spain) and many others participated in the event. 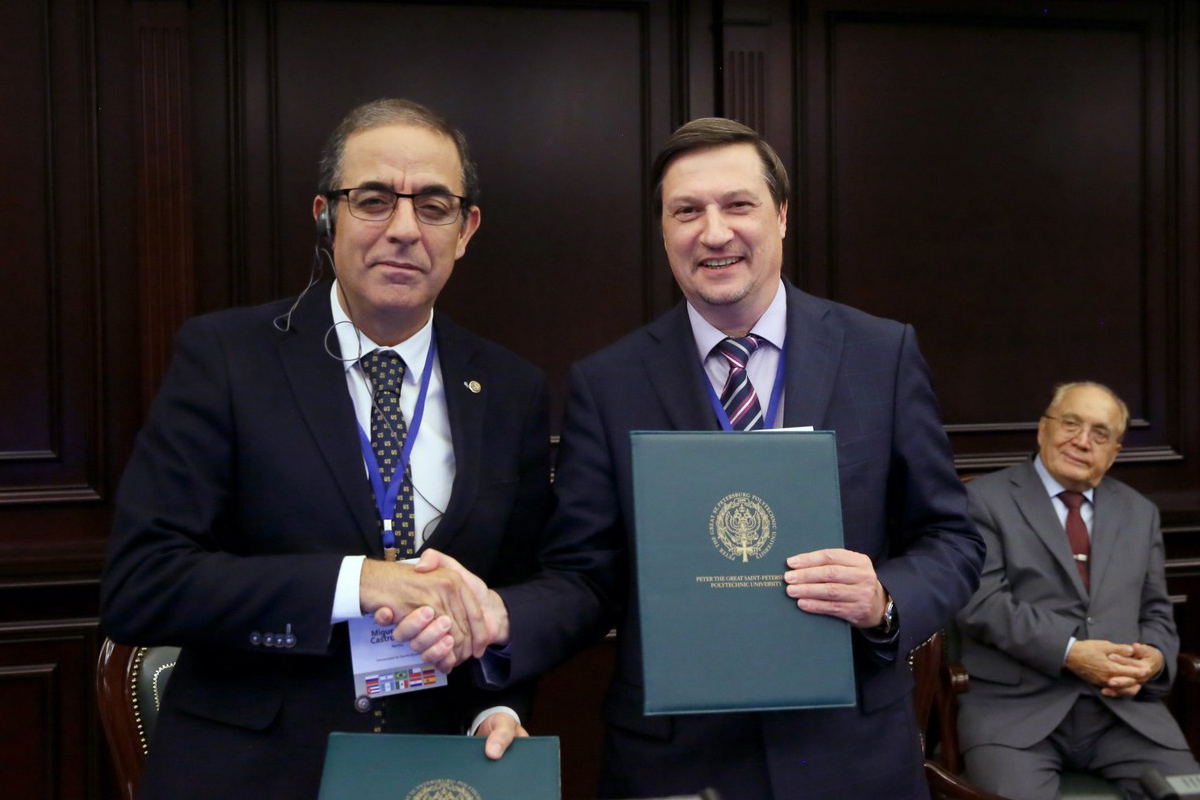 The foremost theme of the international event was, of course, the expansion of opportunities for cooperation between Russia and Ibero-America in the scientific and educational spheres. The platform of the Forum provided for opportunities for heads of Russian and Ibero-American universities to give talks, present their universities and best practices of international cooperation. In particular, Dolores Herrero from the Madrid Polytechnic University spoke about the successful interaction of Russian and Spanish universities, presenting the case of effective strategic cooperation between SPbPU and MPU. 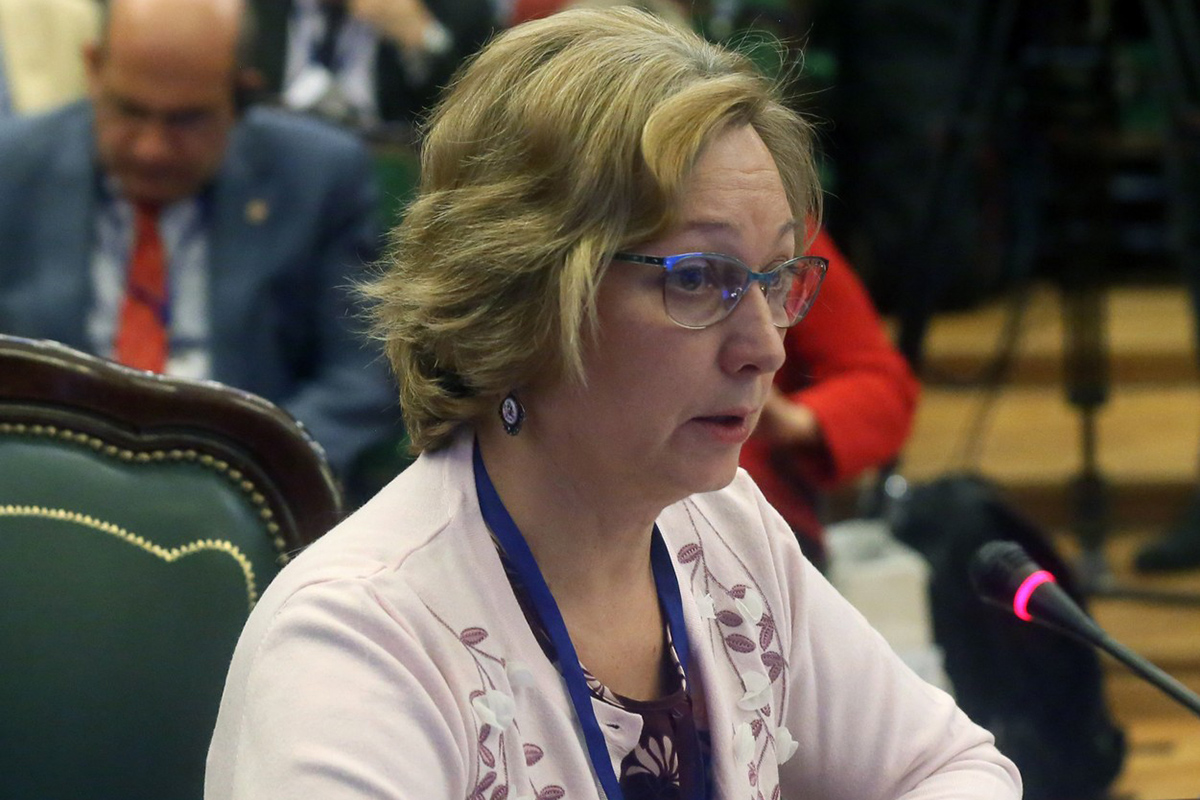 “Peter the Great St. Petersburg Polytechnic University and Madrid Polytechnic University are looking in the same direction and have broad potential and common interests. The joint activities of both universities encompass a broad range of events: from the organization of joint festivals and seminars and up to global interaction of scientists and professors with the involvement of major international companies and enterprises. And we continue developing this cooperation, relying on the activities of the SPbPU Information Center in Madrid,” Ms. Herrero commented.

The program of the Forum also included bilateral meetings and negotiations, which enabled the SPbPU delegation, led by Vice-Rector for International Relations D.G. ARSENIEV, to meet with both long-term and new partners and discuss joint plans for the near future. 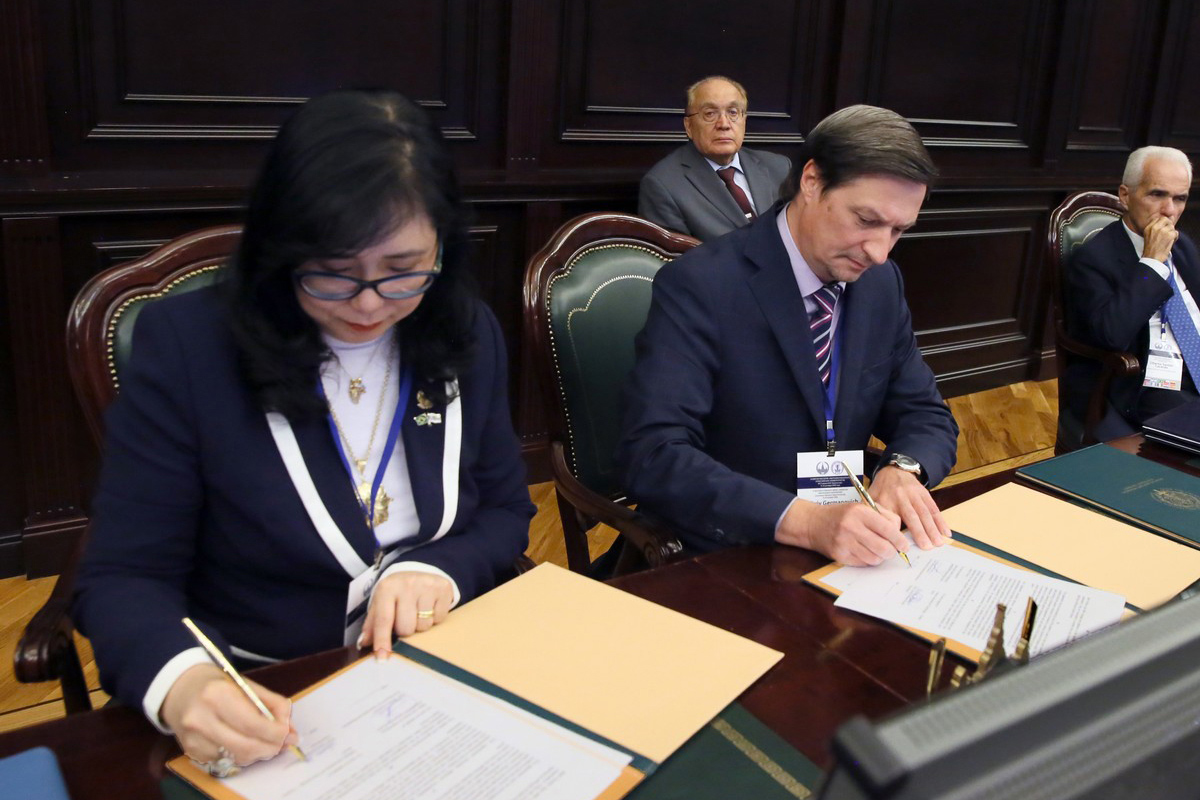 Officially confirming the previously announced agreements, Polytechnic University signed two cooperation agreements: with the Parana Federal University of Technology and the University of Seville. As it was agreed during the visit of the rector of the Brazilian university prof. Luis Alberto PILATTI, the parties would begin their cooperation in the areas of academic mobility, scientific cooperation, and joint publications of Russian and Brazilian scientists. The partnership agreement was signed by SPGPU Vice-Rector D.G. ARSENIEV and Vice-Rector of the Parana Federal Technological University Vanessa Ishikawa RASOTO. D.G. ARSENIEV and Rector of the University of Seville, Miguel Angel KASTRO ARROY, signed a similar agreement, in the frames of which the parties plan to continue cooperation in the field of science and education. In particular, students from Spain are already undergoing a serious selection process, in the result of which the best of them will come to study at Polytechnic University for a business semester in the spring of 2019. 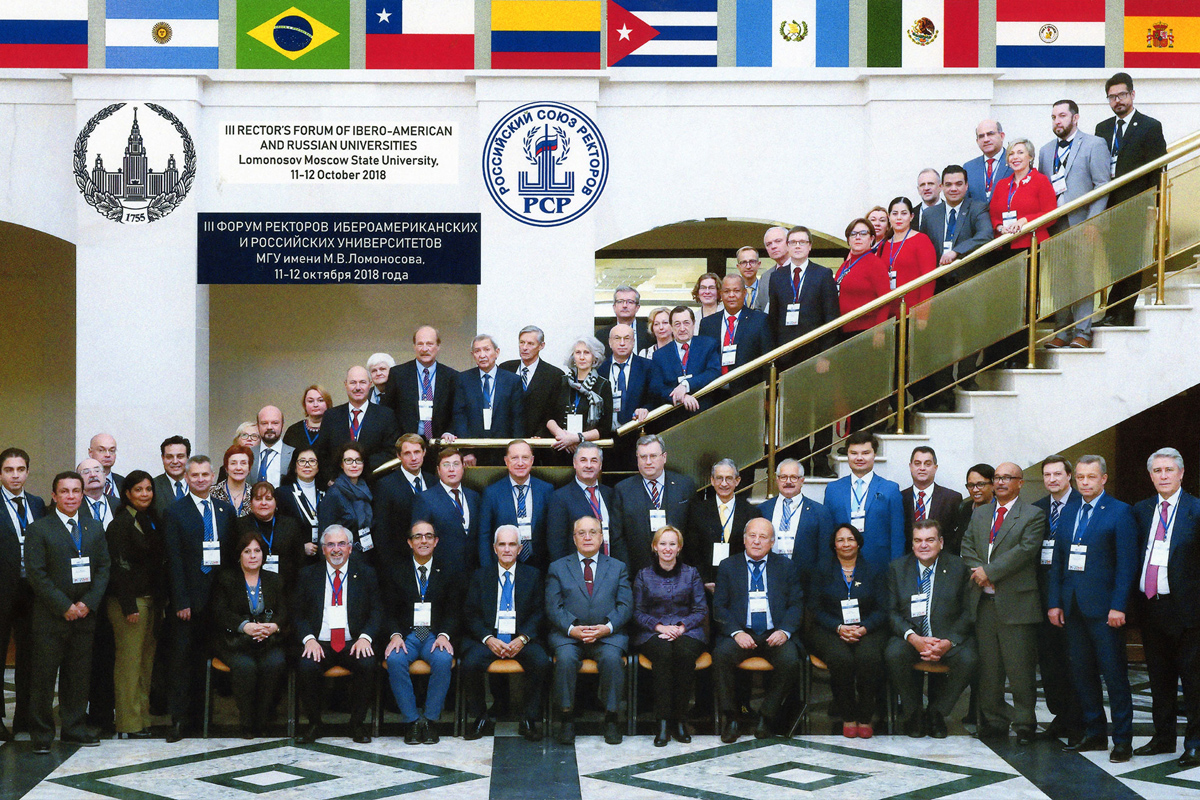 “Polytechnic University has extensive experience in organizing international projects; the Erasmus + programs in the sphere of education and the BRICS framework program in science are serious tools for the implementation of those. The Ibero-American region is one of the key areas for the development of the university's internationalization strategy. We successfully initiate and conduct joint activities with Spain, Portugal and many Latin American countries, developing interaction with both long-standing and new partners from Brazil, Argentina, Mexico, Ecuador, Chile, and Colombia and other countries.

In 2019, we will celebrate the 120th anniversary of Polytechnic University. We will be happy to see our partners and friends from the countries of Ibero-America at the main international events in St. Petersburg, and we hope that those will turn into another opportunity for us and our foreign colleagues to establish new points of interaction,” D.G. ARSENIEV concluded.