“We were honored to represent SPbPU at this ceremonial event. Mendeleyev was one of the founding fathers of our university; he made significant contributions to the establishment of its chemical department. It was our duty and our great luck to take part in such an essential for the chemical community event,” IMMET Master’s degree students Dmitry KURUSKIN and Polina bespalova said. 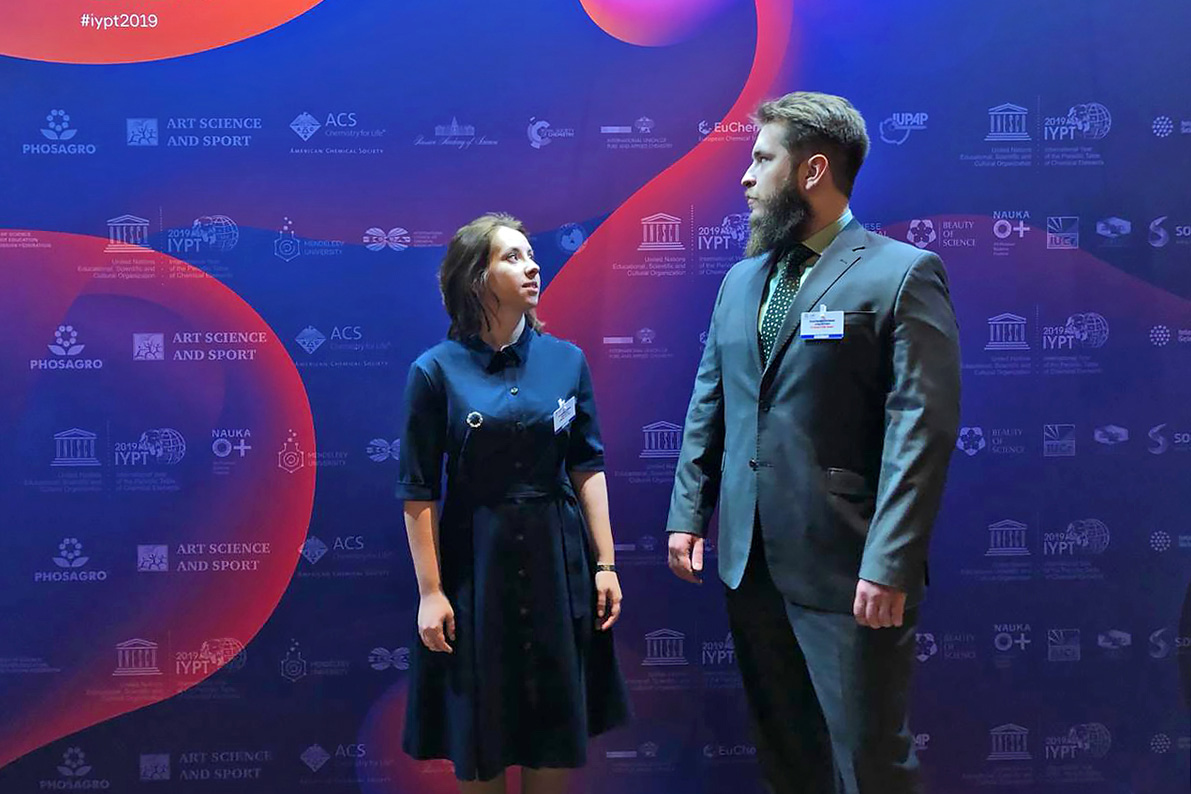 Presentations at the opening ceremony were dedicated not only to the periodic law but also to the development of chemistry per say, present-day challenges in science, and ways of solving them. Opening the event, UNESCO Director General Audrey Azoulay pointed out that “in his works, Mendeleyev had always insisted that researchers should enjoy freedom, the freedom of studies; otherwise, no scientific discoveries would have ever been possible.” 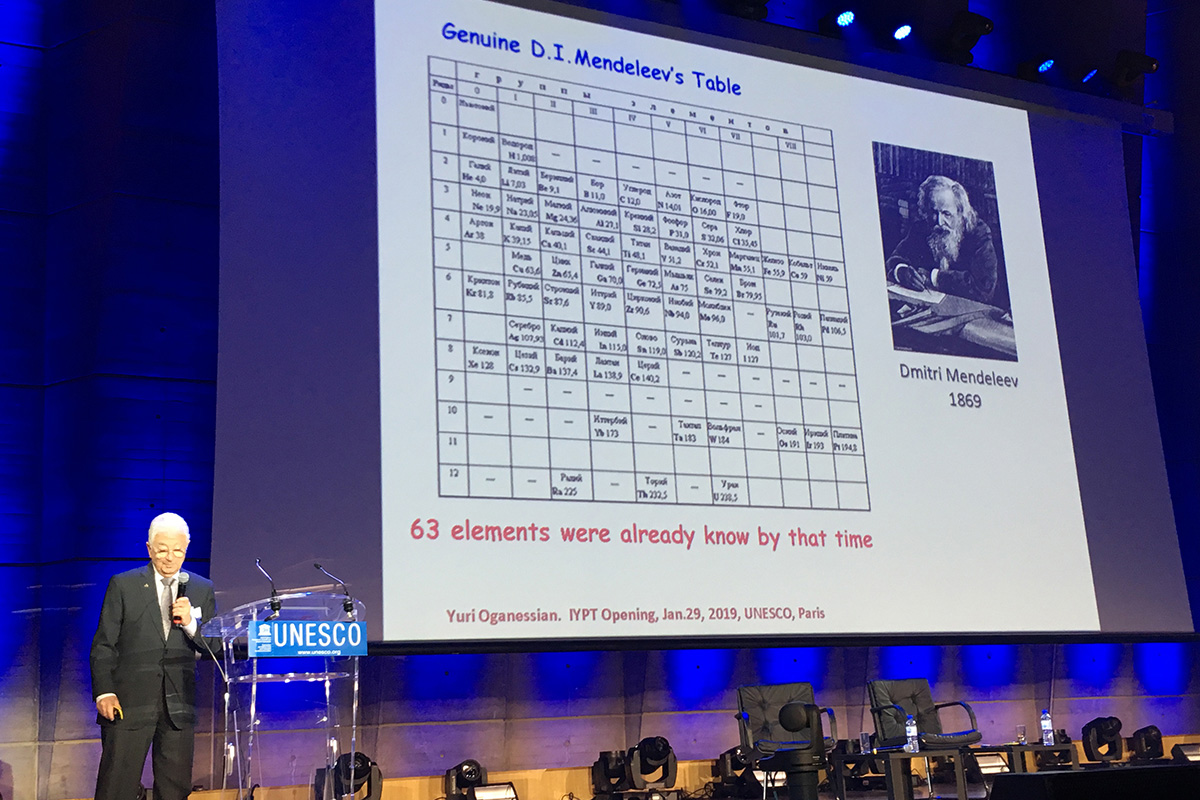 The fact that for scientists from all over the world, it is extremely important to collaborate and work in the spirit of freedom of studies was stressed in many presentations. Outstanding scholars and educators spoke about this: the legendary physicist Yury OGANESYAN, President of the D.I. Mendeleyev RCS Aslan TSIVADZE, Nobel Prize Winner in chemistry Professor Bernard Feringa, the IUPAC President Zhou QUIFENG, and many others.

“I was very much impressed with Yury OGANESYAN’s speech. Presently, he works at the Nuclear Center in Dubna. His contribution to chemistry was so significant that the 118th element of the Periodic Table was named after him: oganeson,” Dmitry KURUSHKIN confessed.

“I will remember the presentation of Nobel Prize Winner Ben FERINGA: the scholar spoke about the future of the Periodic Table,” Dmitry KURUSHKIN shared his impressions. 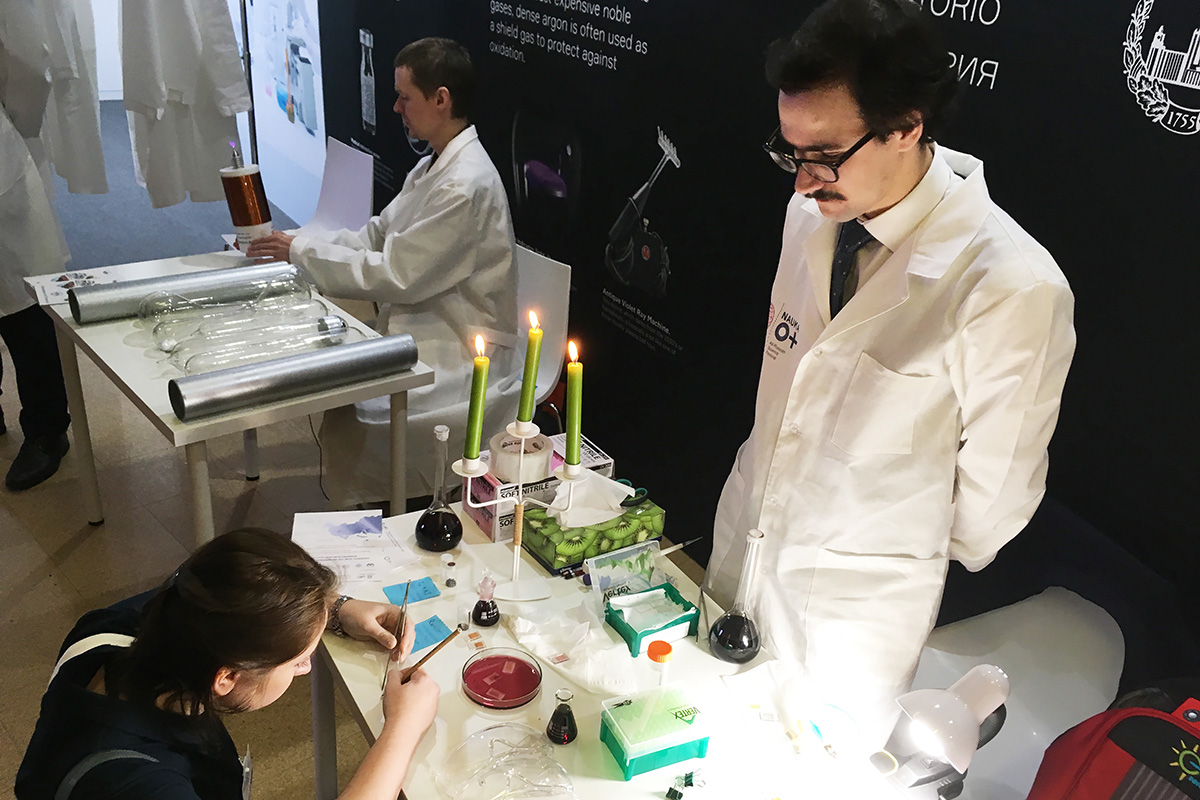 A part of the ceremony was a show dedicated to various chemical experiments: from getting the linear hydrogen spectrum to demonstration of features of various gases plasma. The attendees could also appreciate the equipment for teaching chemistry in the regime of virtual reality and the Mendeleyev Table composed of agents matching the elements of the table.

“This was our first experience of participation in an event of such level. It’s hard to believe that we have got the unique opportunity to attend presentations of legendary scholars and educators. Thanks a lot for this opportunity to the CEOs of Polytechnic University and its international services,” Dmitry KURUSHKIN and Polina bespalova said.