Meetings and negotiations of leading expert participants of the St. Petersburg International Economic Forum were continued at Polytechnic University. During the session of the Russian-Austrian Public Forum “Sochi Dialogue” on the economics of culture and higher education, Rector of SPbPU, Academician of the RAS A.I. RUDSKOI (member of the Forum Coordination Council) and President of the Eurochambres, the Association of European Chambers of Commerce and Industry, Christoph LEITL (co-chairman of the Forum from the Austrian side) continued their discussion at SPbPU in the evening of June 6. 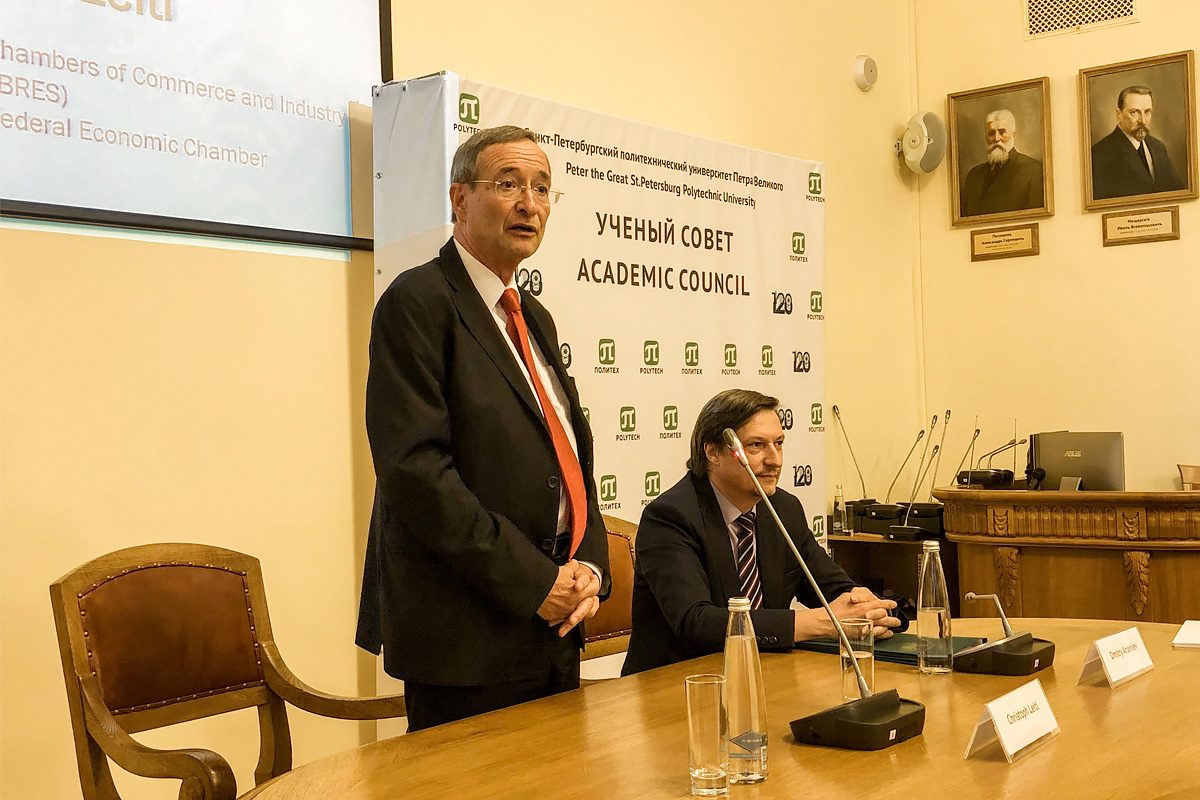 Mr. LEITL is the Honorary President of the Federal Chamber of Economics of Austria. Also, the substantial delegation included his senior adviser Ernst HUBER, leading expert of the Austrian delegation Andrea HODOSHEK, trade adviser at the Austrian Embassy in Moscow Rudolf LUKAVSKI, head of the Austrian foreign trade bureau in St. Petersburg Tatyana RAVINA, and deputy director of the Secretariat of the Russian-Austrian Public Forum “Sochi Dialogue” Maria MATVEYEVA. 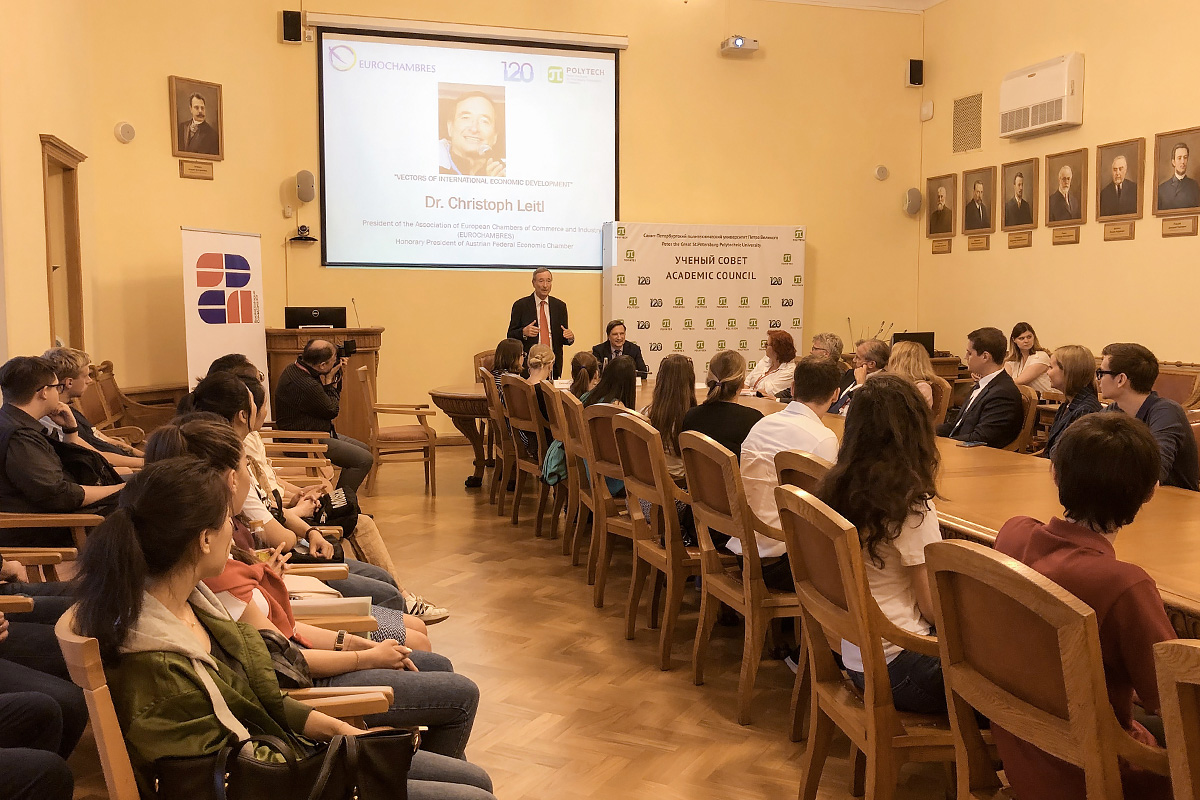 The visit of Mr. Leitl to Polytechnic University began with a meeting with students in the hall of the Academic Council of SPbPU. The president of Eurochambres delivered a lecture on the “Vectors of international economic development”. More than 100 Russian and international students of Polytechnic University came to listen to the speech. “I would be glad if during our meeting you ask questions, share opinions and ideas,” Christoph LIETL addressed the audience. “Only in the format of an open dialogue, uninterrupted communication we have the opportunity to productively develop international partnership and achieve our goals.” The students endorsed the idea: the co-chairman of the “Sochi Dialogue” was offered a variety of topics for discussion, both during and after the lecture. 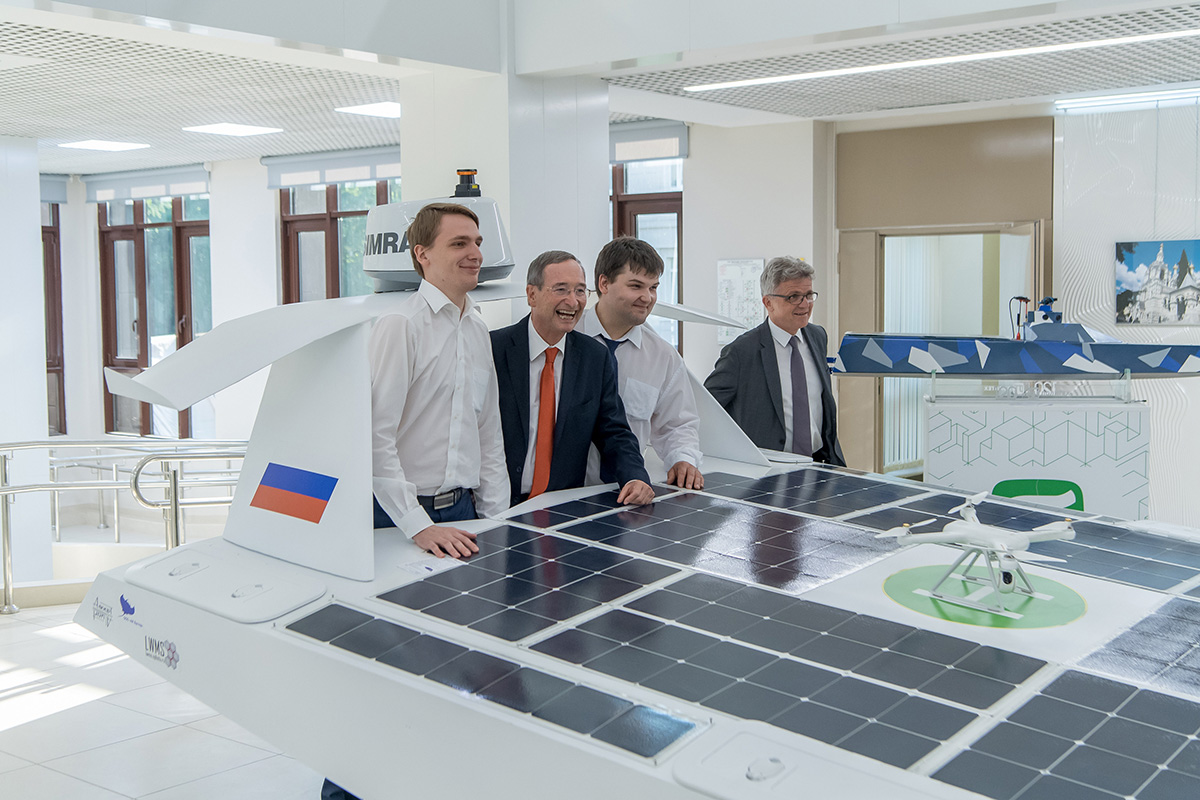 At a private meeting after the lecture in the administration The rector of SPbPU Andrei RUDSKOI and Kristof LEITL continued to talk about the need to develop and create opportunities for engaging the younger generation in international dialogue. “Our students depend on how bright and productive the international dialogue is,” said the rector of SPbPU. “Our key task is to become a guide to their future victories, give them maximum opportunities, while maintaining the continuity of generations and the transfer of fundamental values.” 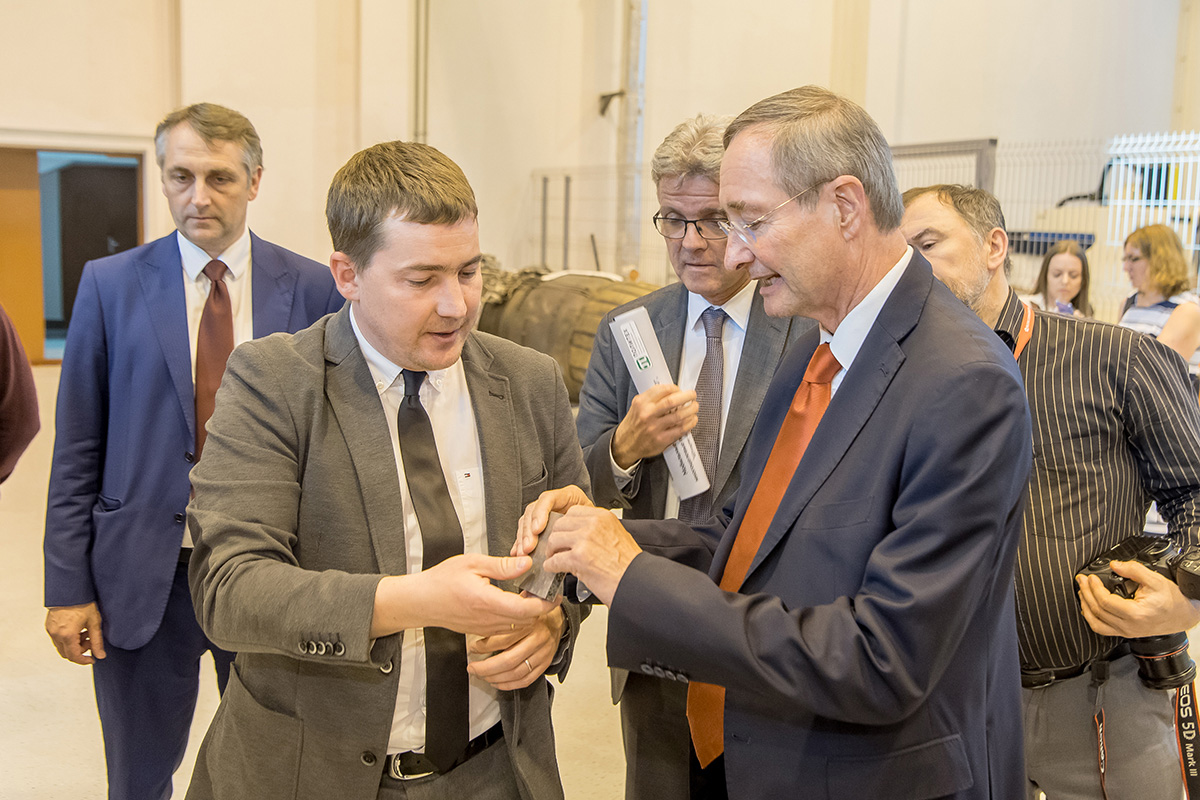 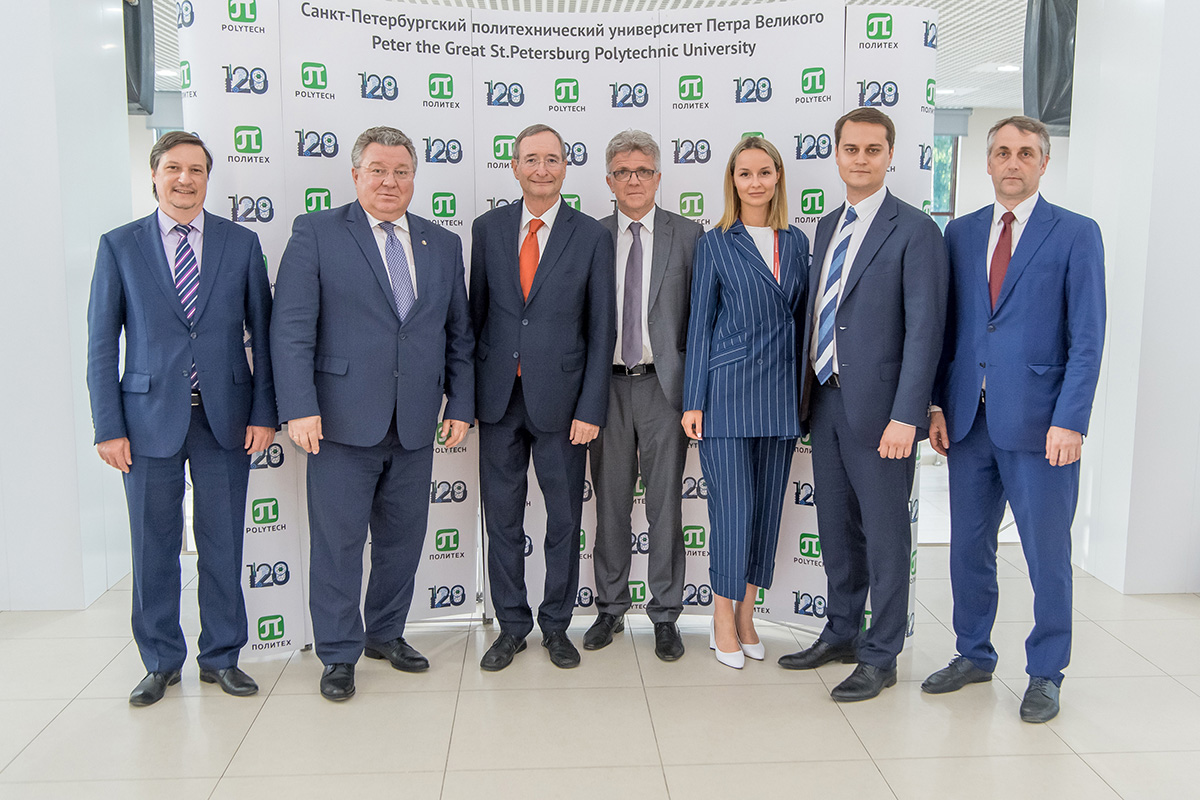 The delegation also visited the Supercomputer Center, Engineering Center, Kawasaki-Polytech Research Centers and got acquainted with the work of the Laboratory of Light Materials and Structures.