Synergy Effect – When a Complete Fusion of Machinery and Intelligence Occurs

Today technologies are developing very fast, but academic and laboratory base still does not keep up with these processes. However, Polytech tries to look ahead, introducing into the academic process the newest technologies of production automation, and not only domestic ones, bit also foreign. We will say how the university manages to provide high-quality education of engineers by the example of the North-West Interuniversity Regional Education and Research Center “SPbPU-FESTO “Synergy”".. 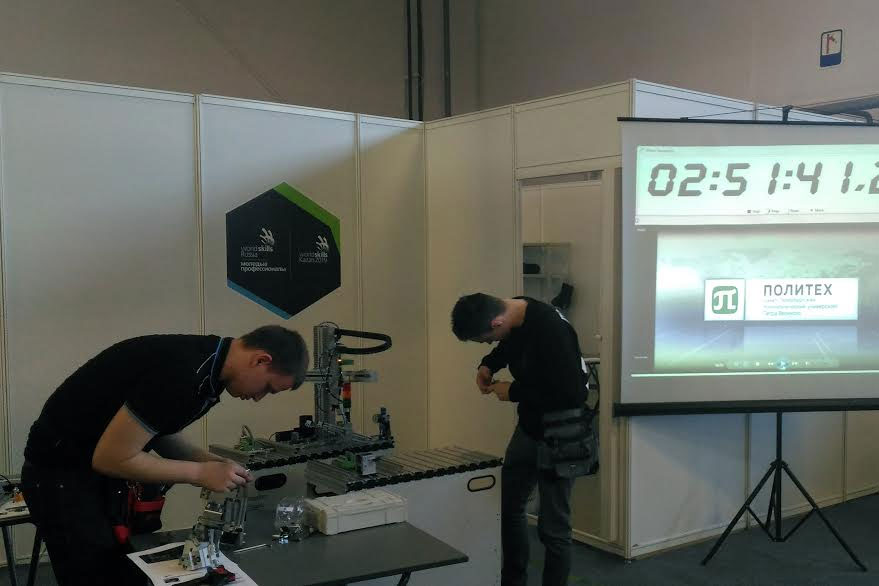 Initially, the Education and Research Center “SPbPU-FESTO “Synergy”" is a part of the international academic partner chain of education centers and laboratories with high-technology equipment and intelligent robotics with the participation of the German manufacturer of pneumatic instrumentation FESTO. The Center's activity is aimed at training engineers who know the three principles of mechatronics, i.e. universal engineers with knowledge in the fields of mechanics, electronics, and software. 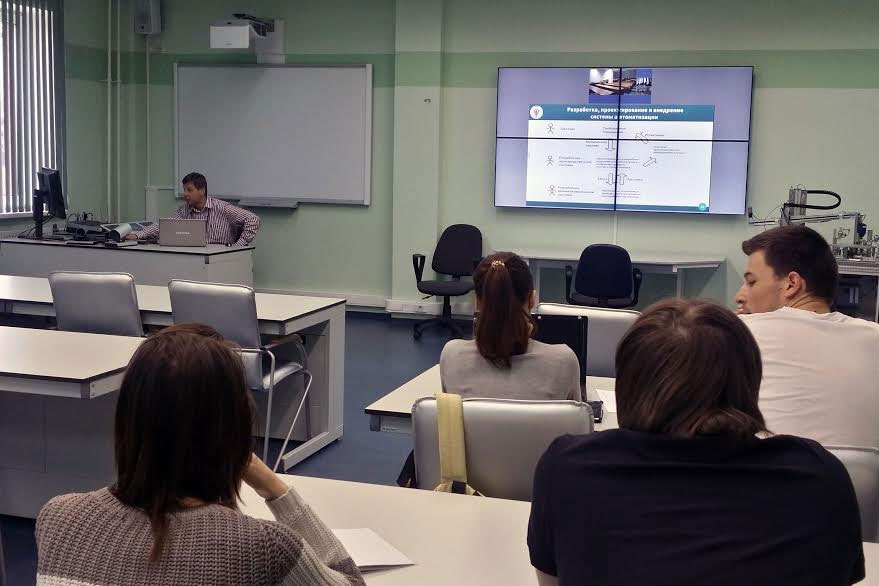 "Now, specialists in mechatronics are in demand in many areas: industry, power engineering, transport, medicine, and etc. In fact, they are universal specialists, whom we also teach, in our Center. The skills of our graduates to operate different complex technological lines and a decrease in breakdowns of these lines have a positive impact on the quality and the cost of production, which is very important today, when our country is trying to switch to the economy based on high-tech branches of industry," – comments Director of the Education and Research Center “SPbPU-FESTO “Synergy”" V.V. POTEKHIN.

This day, the North-West Interuniversity Regional Education and Research Center “SPbPU-FESTO “Synergy”" has one of the best platforms to train students – the most modern educational technologies of FESTO are applied here, such as robotic lines of chemical and assembly manufacturing. In February, 2016, the Laboratory of Intelligent Robotics and Cyberphysical Systems was established as part of the Center. Within applied research, the employees of the laboratory, who are professors of the department "Control Systems and Technology" at the Institute of Computer Science and Technology, on the basis of which the laboratory is opened, post-graduates and students, who are interested in robotics and doing the leading research, and also graduates and young scientists, develop technologies of distant control, group control of robot team behavior, and situational control in terms of uncertainty.

Due to state-of-the-art facilities, the education in the Center is at most based on independent practical work of students and also on the application of interactive (remote) educational technologies in the process of studying. For example, in the spring term, master's degree students are given the course "Intelligence Control Systems". Professors of four universities are invited to give lectures on-line. Those universities are partners of the international university chain project "Synergy" (apart from the Polytechnic University, they are Karaganda State Technical University, Moscow Power Engineering Institute, and Omsk State Technical University). As for the enrollees, apart from the four above-named universities, they are students of Baltic State Technical University and Sevastopol State University. Two joint courses are already planned for the next academic year.

"Each university has various equipment, provided by the FESTO concern," – continues V.V. POTEKHIN, - "However, the students of these universities – the participants of the "Synergy" project – thanks to the established inter-university chain have an opportunity to do laboratory research and work with any equipment of other participants during distant learning. For example, our students write their own program, test it on an experimental model, then the professor gives them access and the programs are uploaded to a robot or a station in another university – it gives an opportunity to study a new class of equipment of modern industrial solutions."

It is significant that FESTO is a global industrial partner of the WorldSkills movement. Therefore, modern equipment for studying mechatronics, industrial robotics, electronics and automatics enables, apart from basic majors, giving classes within training for the competition by WorldSkills standards in the "Mechatronics" competency. For example, in April, 2016, our team of two our bachelor's degree students – Sergey Kovalevskiy and Dmitriy Pantukhov – took a training trip to the "WorldSkills Tatarstan" in Kazan, championship in the "Mechatronics" competency. "The Center allows not only getting practical experience, which is very important for a future engineer, but also doing scientific research. Coming here, you dive into the atmosphere of the leading technologies, robots and manipulators, you start doing something with your own hands. High-tech base allows you to better understand modern trends of the industrial market and to do prospective, production-oriented research," – comments Sergey KOVALEVSKIY. And quite soon the two students will compete in the name of Polytech at the final round of the National Championship "Young Professionals" (WorldSkills Russia) 2016, which will take place from 23 to 27 May in the town of Krasnogorsk near Moscow. Let's wish them luck!