June 7, the rector of SPbPU, Academician of the RAS A.I. RUDSKOI was awarded the title of Honorary Professor of Tsinghua University (PRC). The ceremony was held in a solemn atmosphere in the presence of the President of Tsinghua University Qiu YONG, the provost and Vice-President Bin YANG, and other representatives of the partner university, members of the Academic Council of SPbPU, and Chinese students studying at Polytechnic University. 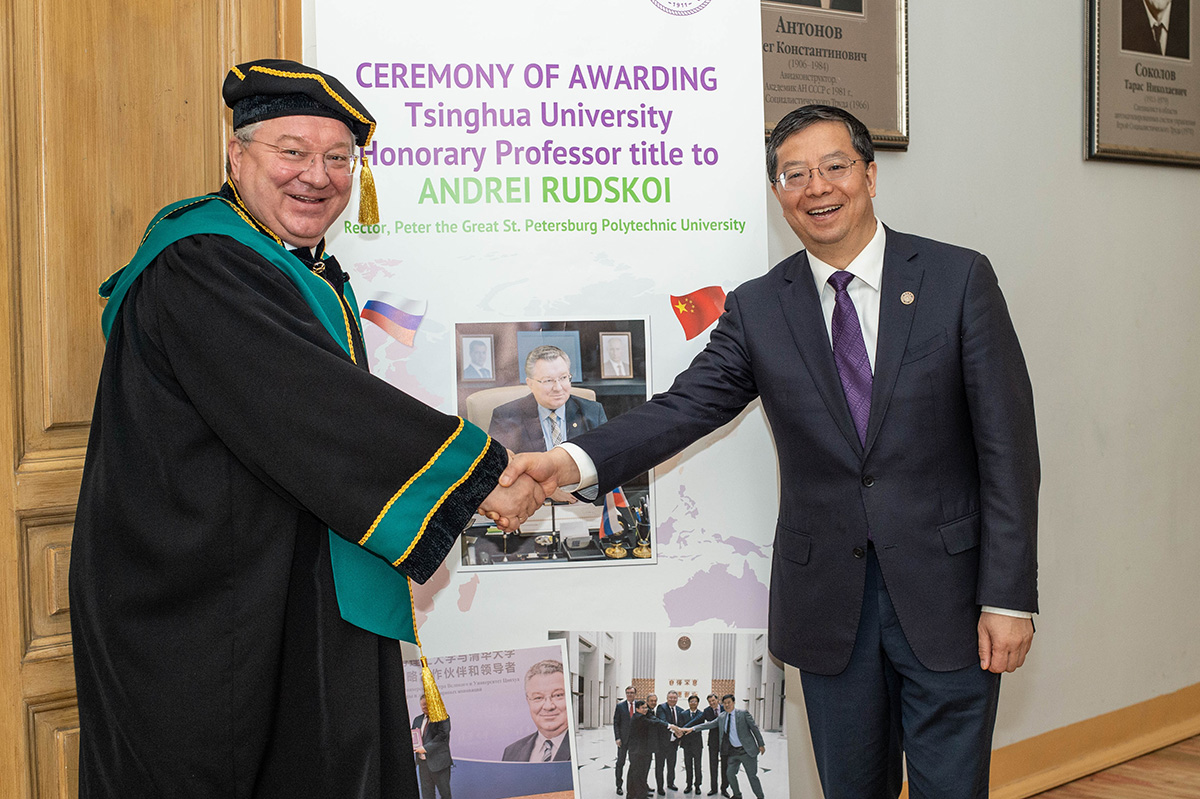 Bin YANG spoke in detail about the merits of A.I. RUDSKOI in the development of cooperation with the Tsinghua Polytechnic University and other Chinese universities, which allowed to assign him this honorary title. After awarding the diploma, President of Tsinghua University Qiu YONG addressed Rudskoi with felicitations. He noted that this was his first visit to Russia and he was pleased that it was for such a significant reason. “This event is an important one in the history of the relations between our universities; it is a sign of strengthening friendship and further cooperation. Through our joint efforts, we will develop relations between China and Russia,” Qiu YONG expressed his confidence.

The Chinese colleague reminded that in 2019, the 70th anniversary of the establishment of diplomatic relations between our countries is celebrated, and last April, President Vladimir PUTIN was awarded the title of Honorary Doctor of Tsinghua University during his official visit to Beijing. 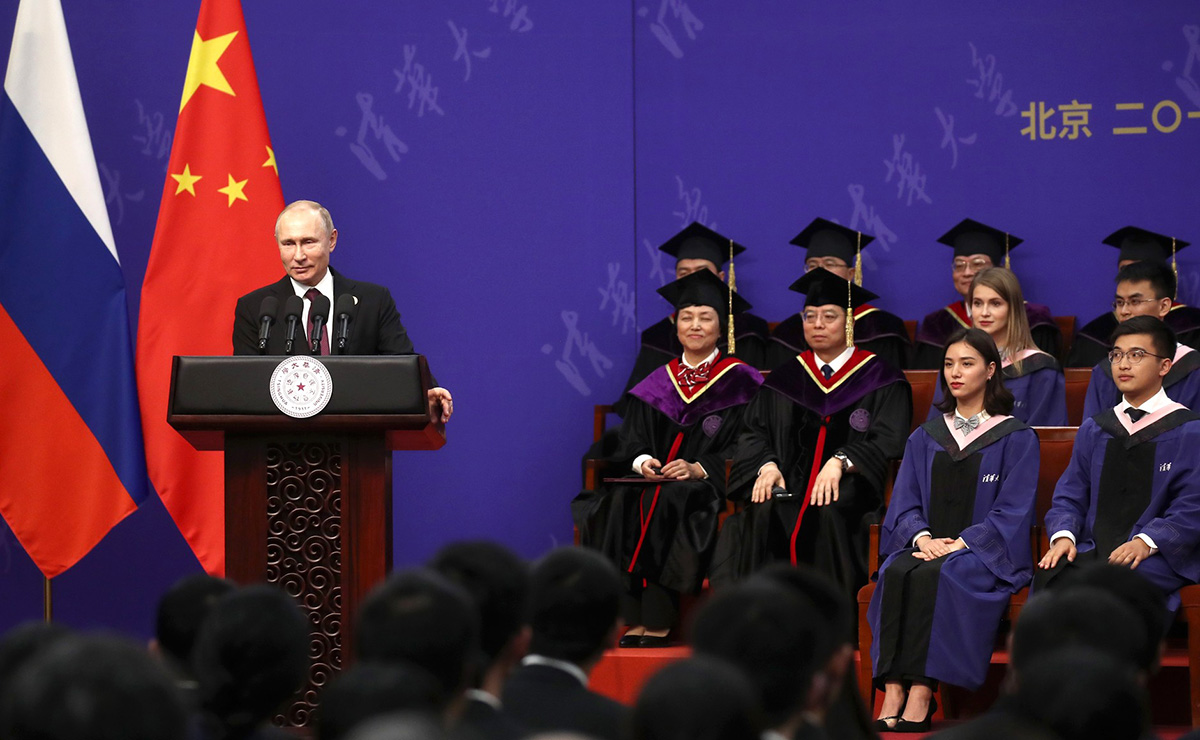 Tsinghua University is one of the leading universities in China, founded in 1911. The university constantly leads in the national ranking of educational institutions of China; it also is among the ten best educational institutions in the world. Polytechnic University actively cooperates with this university: it develops the practice of student exchanges, implements joint research projects, and promotes Chinese in Russia and Russian in China. In his speech, Andrei I. RUDSKOI stressed that the awarding of the title of Honorary Professor of Tsinghua University, a global leader in technical education and research, is a great honor and responsibility for him. “I will apply my efforts to strengthening friendship, cooperation, and creative interaction between our universities. I hope to justify the honor, responsibility and trust that Tsinghua University has bestowed upon me. ” 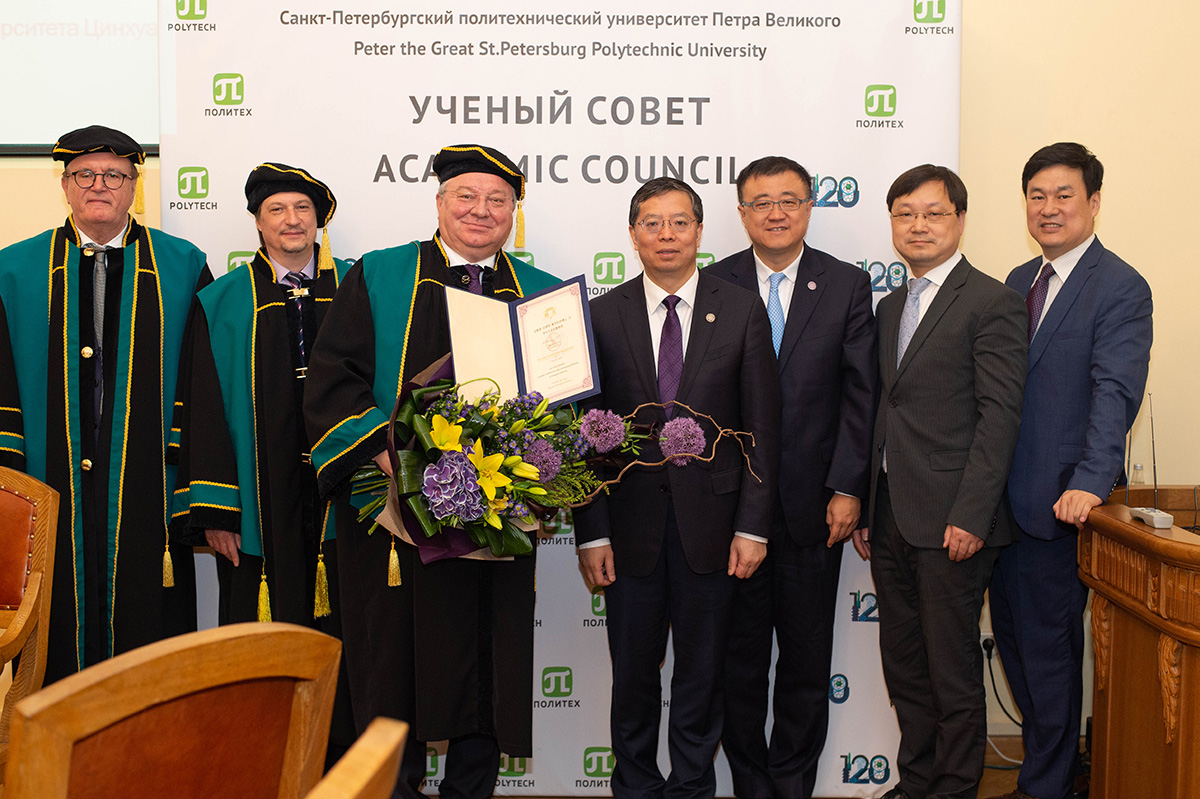 A.I. RUDSKOI reminded that prominent scientists (including Nobel Prize Winner in Physics Yang Zheng Ning), cultural workers, politicians (including the PRC Chairman Xi JINPING, who graduated from Tsinghua University majoring in chemical technology) studied at this university.  A number of leading professors of Tsinghua University are Honorary Doctors of SPbPU. These are Professor, Academician Ni Wei Dou; Professor Xiong Jia Zong; Chairman of the Board of Tsinghua University, Professor Chen Xu. Last April, Professor Chen XU was the signee to the renewed agreement on strategic partnership between our universities.

Addressing the young people at the ceremony, the rector emphasized that a great deal depends on them. “Our universities pay special attention to openness and sharing best educational practices, attracting talented students from all over the world. Today, more than two thousand students from China study at Polytechnic University. Together with you, we are developing and strengthening relations between our countries in the economy, science, and the humanitarian sphere,” said the rector. 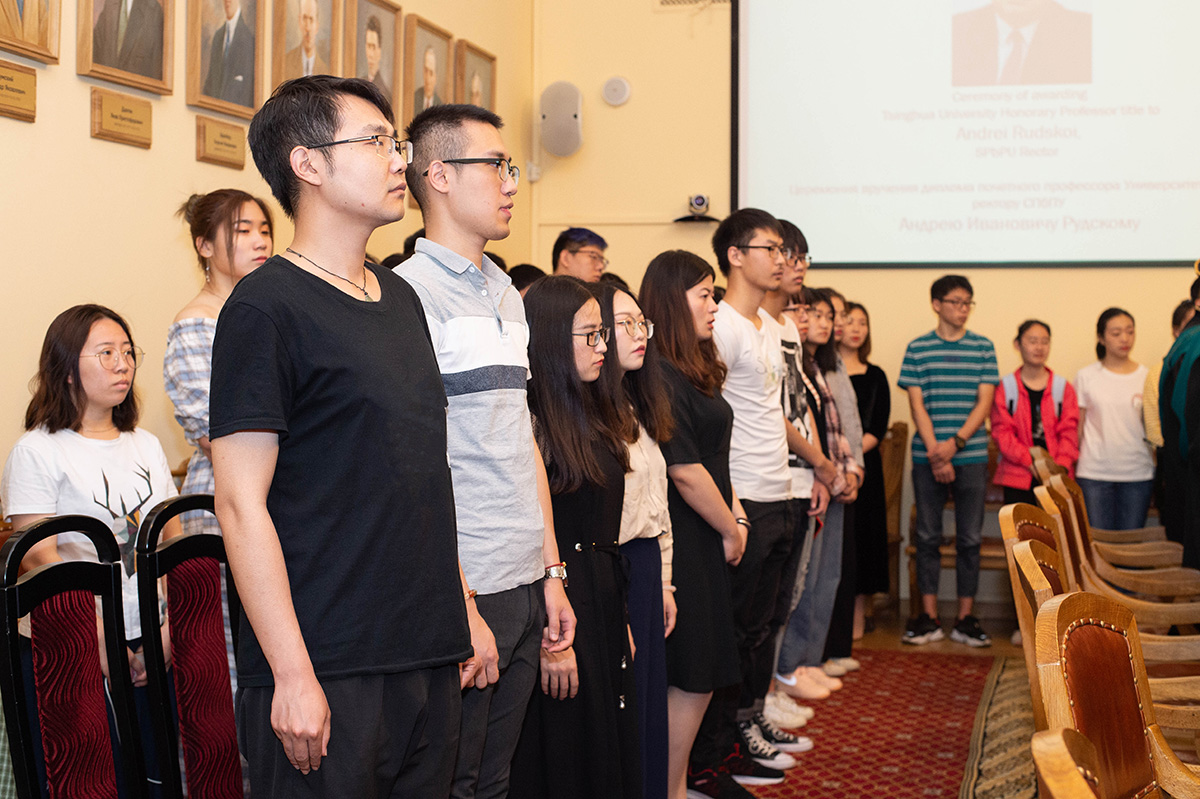 Referring to the Chinese words of wisdom, which say, “When it seems to you that the goal is unachievable, do not change the goal, change the action plan,” the rector wished his colleagues to achieve their goals, set new goals, and work efficiently to implement them, finding support in doing so from their partners and friends.

The material was prepared by the SPbPU Media Center. Text by Inna PLATOVA