In the light of modern globalization strengthening Russian-Chinese relations is strategically important for economic stability and sustainable development of both countries. Peter the Great St. Petersburg Polytechnic University and Jiangsu Normal University (JSNU) are implementing a large international educational project in order to establish the Joint Chinese-Russian Engineering Institute. 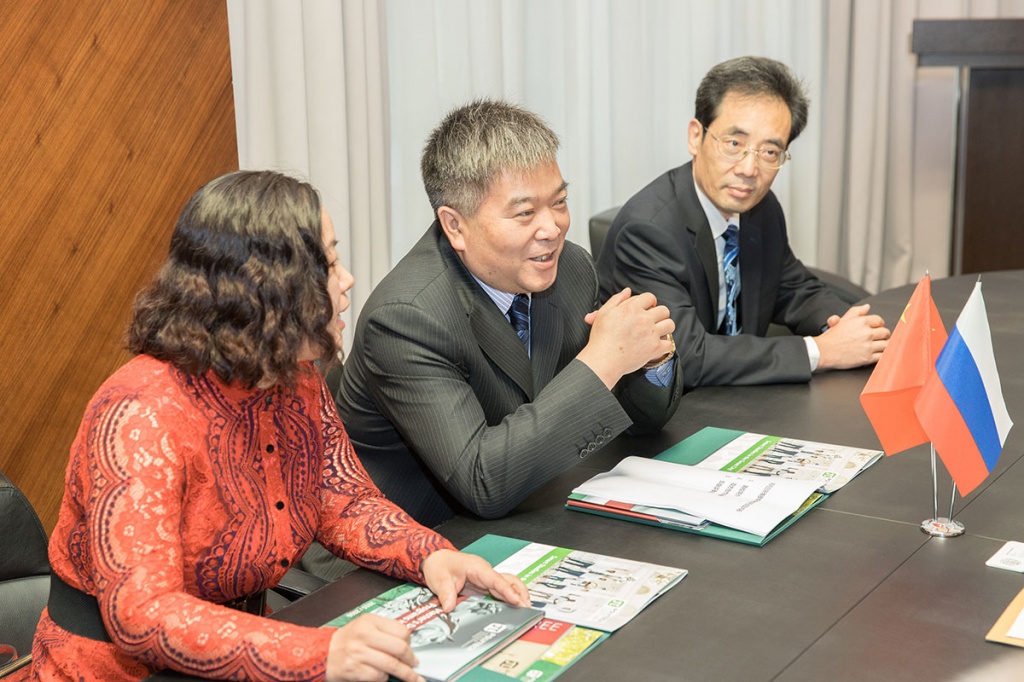 On 7th July the delegation from JSNU headed by Rector Hua Guihong arrived at the Polytechnic University on a working visit. The main goal of our Chinese colleagues was to hold a meeting with A.I. Rudskoy, Rector of SPbPU, during which they discussed the issues, related to the project of the Joint Institute and signed an agreement on establishing a joint Telecommunications Laboratory at JSNU.

It is worth mentioning the strategic importance of the Joint Institute project for the development of Russian-Chinese cooperation in the sphere of education. Indeed, this is the first ever project of a similar type to be supported by the Ministry of Education of PRC. “I made reports myself at the Ministry of Education of China and Jiangsu Provincial Enlightenment Department so that students can be enrolled on a course at our Engineering Institute this year”, Rector Hua Guihong commented on his personal efforts. 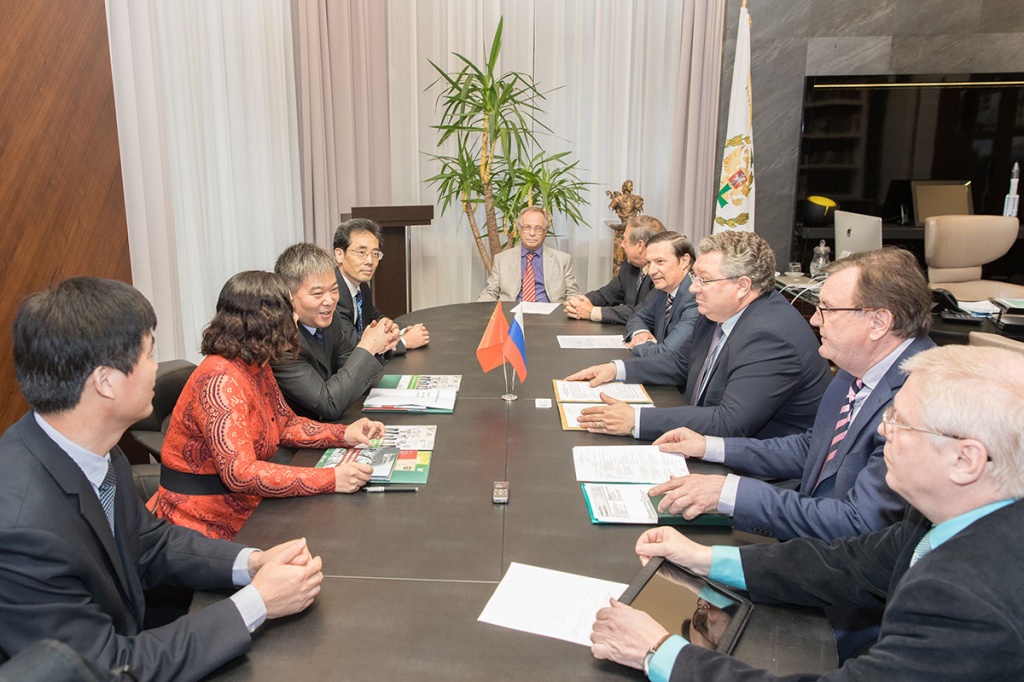 “It is with Jiangsu Normal University that we have created the first joint institute between two universities from Russia and China. Establishing the joint Telecommunications Laboratory is one of the first crucial steps”, said A.I. Rudskoy, Rector of SPbPU.

S.B. Makarov, Director of the Institute of Physics, Nanotechnology and Telecommunications (IPNT), supervisor of the laboratory on behalf of SPbPU, was present at the meeting. Shen Deyuan, Dean of the Institute of Physics and Electronics at JSNU, said that telecommunications were one of the strongest points of research and practical work done by Professor Makarov’s team, while additive technologies were actively developing at JSNU. Mr. Shen Deyuan suggested finding common grounds in these fields and developing them. 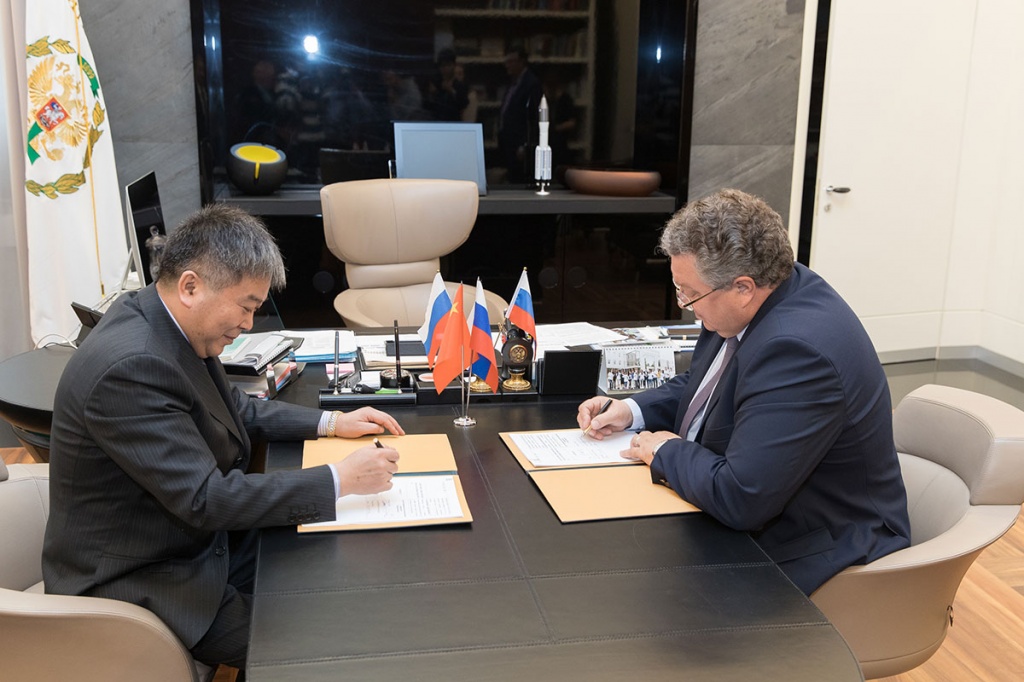 Establishing a laboratory is a new step taken to carry out the project of the Joint Chinese-Russian Engineering Institute, on which the parties have been working since 2013. Thus, during the 4th China (Shanghai) International Technology Fair Rector A.I. Rudskoy and Rector Hua Guihong signed a student admission protocol for the Joint Chinese-Russian Engineering Institute.

“I am sure that our cooperation is bound to be successful”, said Rector A.I. Rudskoy. “The fields of knowledge and education for the Joint Institute are, undoubtedly, engineering sciences, as well as humanities and the Russian language”.

At the end of February the Training Center for the Russian Language was opened at JSNU together with SPbPU in order to promote the Russian language and culture in China, to offer foundation programs for students and to provide further training for lecturers. A.I. Rudskoy also suggested considering the opportunity to teach Chinese at the Polytechnic University mentioning that members of the Rector’s Office were ready to prepare and sign an agreement on cultural and humanitarian cooperation. 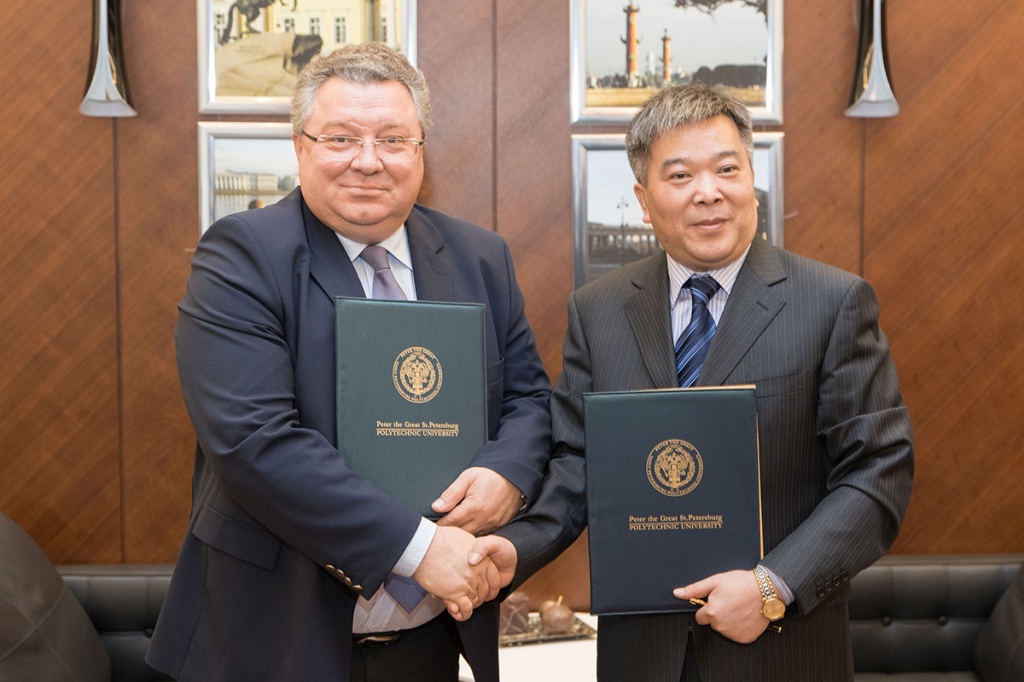 Nonetheless, cultural cooperation with Jiangsu Normal University has been in action for some time already: in March this year 25 students and lecturers from SPbPU took part in a Russian culture festival and familiarized themselves with Chinese culture and traditions, having been invited by Jiangsu Provincial Government..

Mr. Hua Guihong thanked his Russian colleagues for the great attention they were paying to cooperation with JSNU. “I can see outstanding prospects and a great future for our cooperation. We are proud that we are able to implement such large-scale projects together with the Polytechnic University”, said Mr. Hua Guihong.

During the meeting the parties discussed the issues connected with the project of Joint Chinese-Russian Engineering Institute run by SPbPU and JSNU, in particular, the fields of knowledge for joint educational programs, the ways to implement them, and the development of the campus of the Joint Institute.

“The Chinese-Russian Institute is aimed at training highly-qualified specialists together. For China this project means consolidating the expertise of the Polytechnic University in terms of implementing various international educational programs and we will do our best to find win-win solutions”, emphasized D.G. Arseniev, Vice-Rector for International Relations of SPbPU.

At the end of the meeting the delegation of JSNU headed by Rector Hua Guihong had a look at the research infrastructure of the Polytechnic University, visiting the laboratories of the Institute of Metallurgy, Mechanical Engineering and Transport and the new Research Building of the university