On "the edge of the world": Polytech carried out the Days of the Russian culture at the University of Cadiz 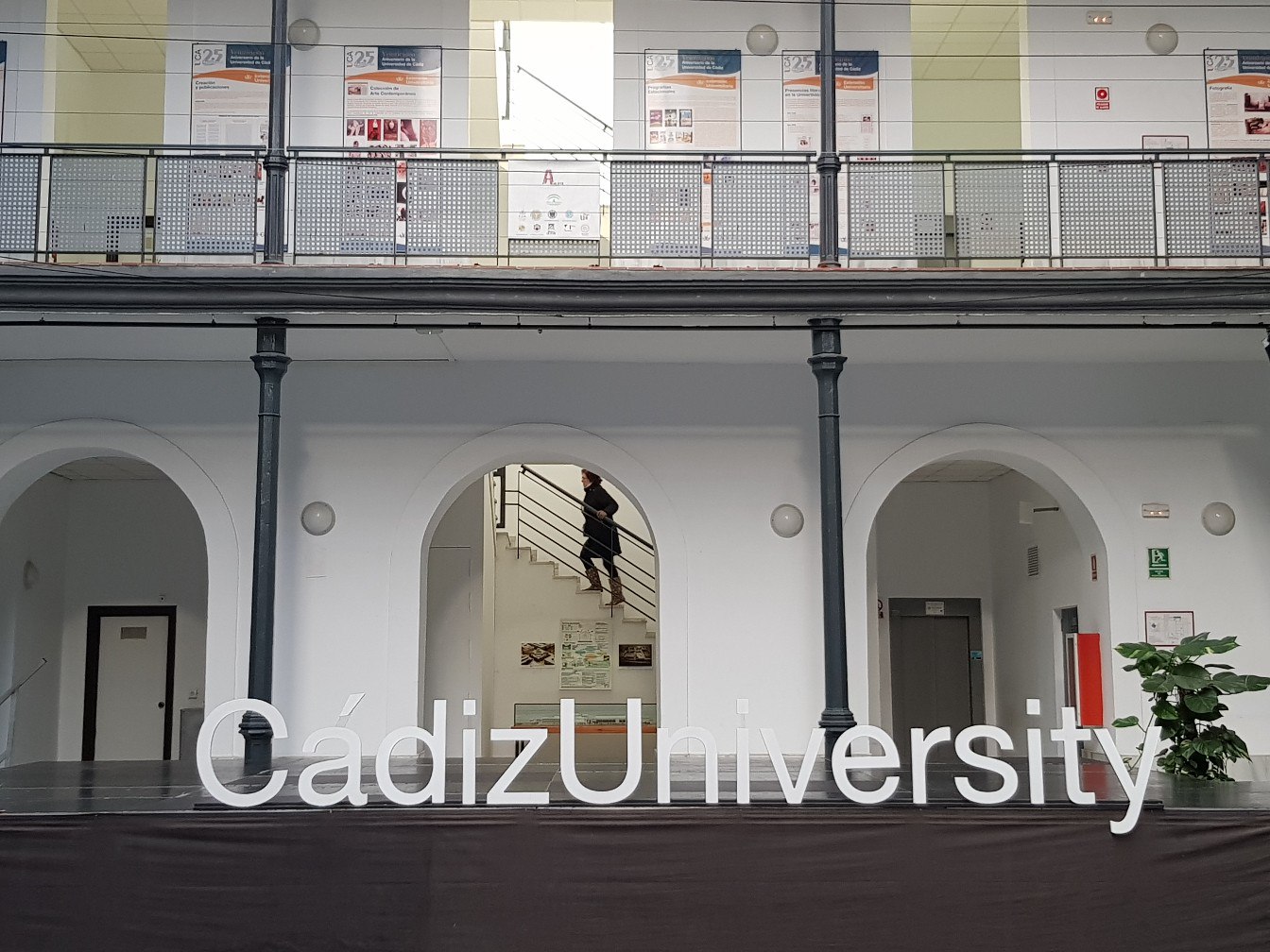 Cádiz is one of the oldest cities in Europe, founded by the Phoenicians in the 11th century BC. It is located on a peninsula in the most southern autonomous region of Spain - Andalusia. Due to its location "at the junction" of the Atlantic Ocean and the Mediterranean Sea, Cádiz has been the largest commercial port. Therefore, the phrase "on the edge of the world" is used in the direct, geographical sense of the word. To date, this city is a source of culture and history. Additionally, the city is famous for a lot of things. For example, the local university education has a long tradition and is actively developing in the present. 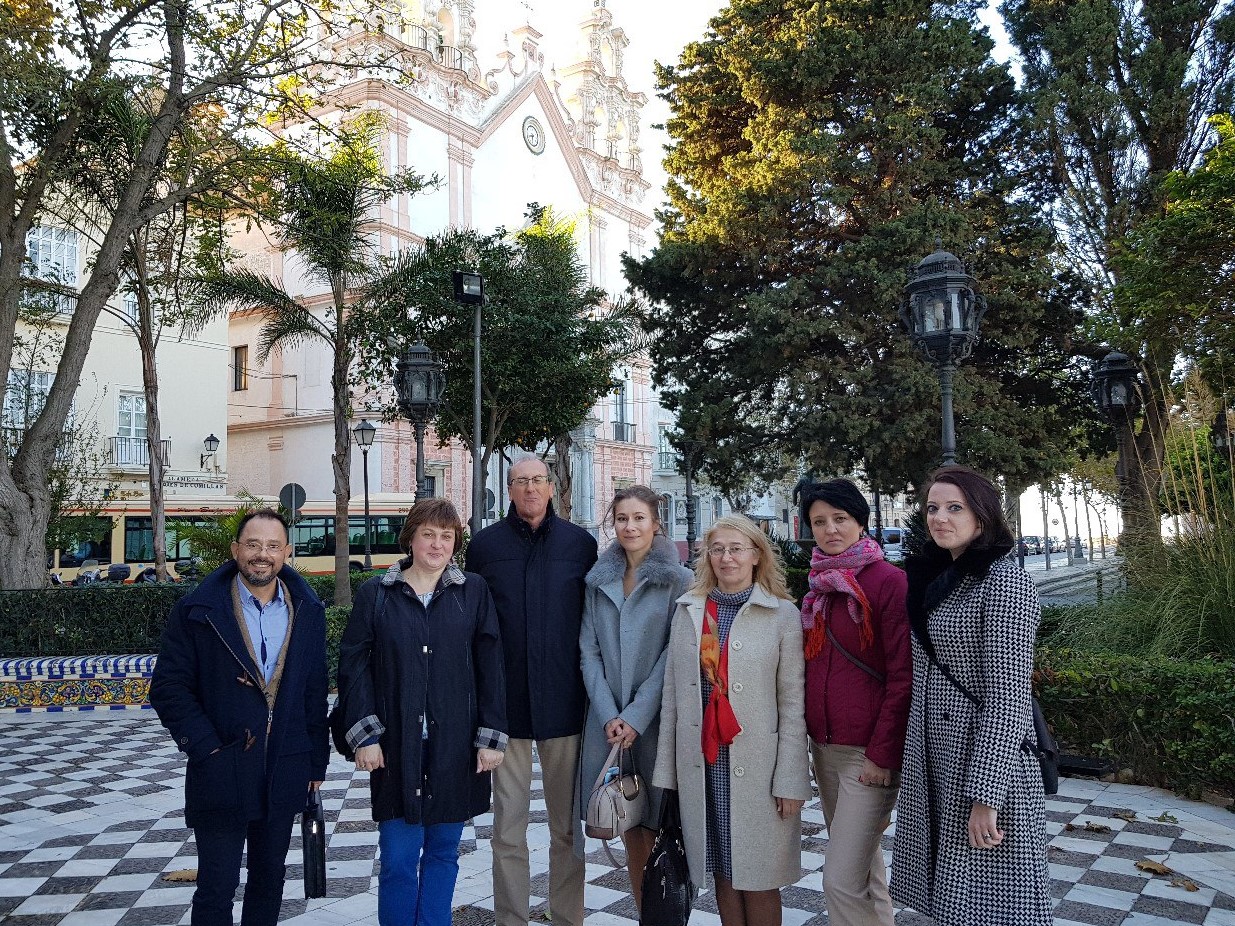 The University of Cádiz is considered to be one of the youngest universities in Spain. In its modern style it appeared only in 1979. However it continues the academic traditions of the Navigation Pilot School (16th century) and the Royal Naval Medical and Surgical College (18th century). Today it comprises four campuses, where students study humanities, social and medical sciences, IT-technologies and engineering, communication technologies, sea business, chemistry, oceanography, ecology and others. At the University of Cadiz there are about 20,000 students and it takes leading positions in the rankings of prestigious universities in the country.

As well the University of Cadiz is an active participant in events dedicated to spreading Russian language and culture in the Ibero-American space. It is the leader in the number of partner universities and joint international projects, as well as in academic mobility of students and the Spanish language teachers in cooperation with Russia and the post-Soviet countries. All this explains why the University of Cadiz is an interesting and important international partner for SPbPU and it was chosen to be one of the venues for the festival "Open Your Heart to Russia". 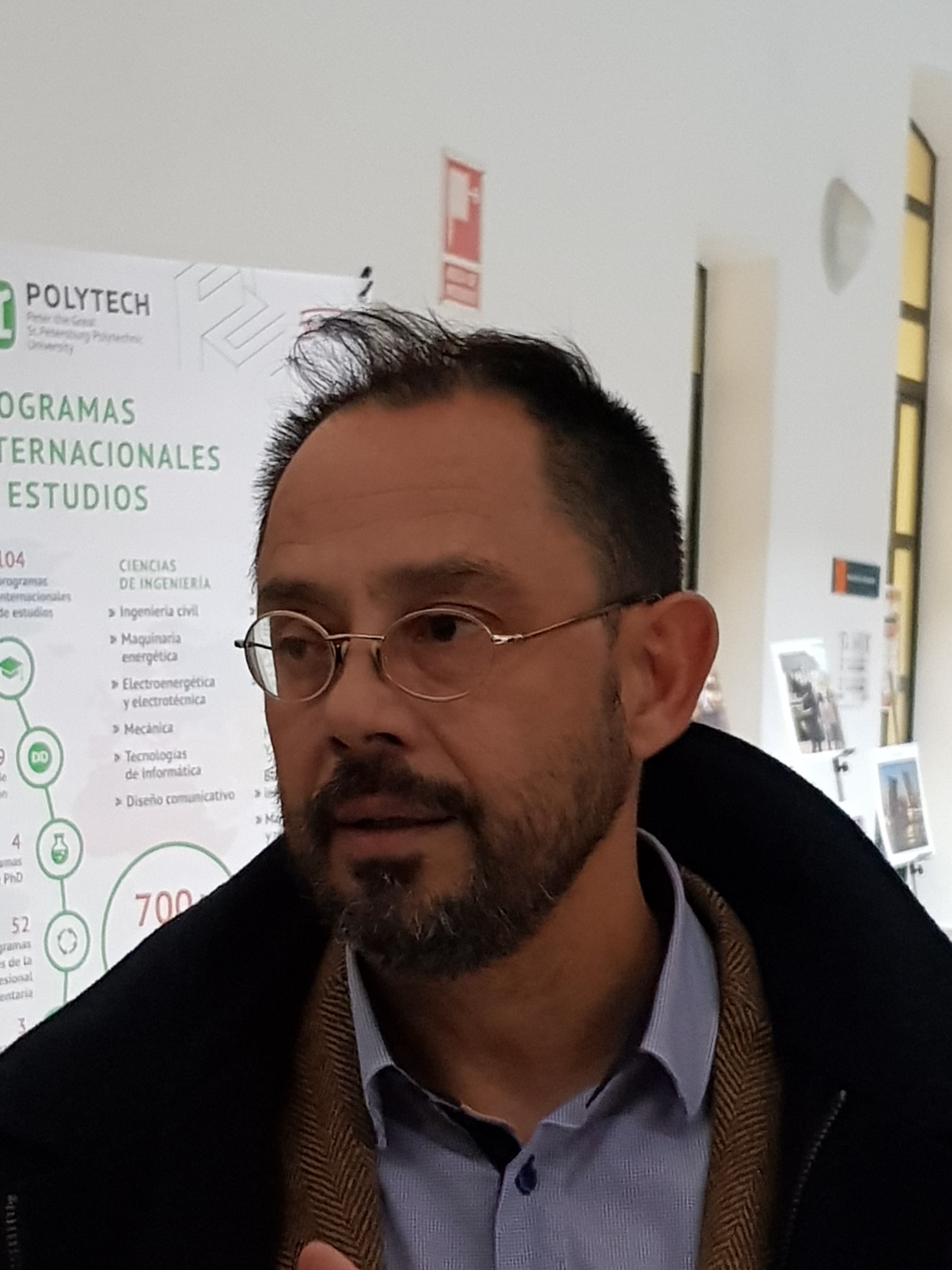 According to Juan Carlos GARCÍA GALINDO General Director (Vice-Rector) of International Relations, in recent years cooperation with universities in the post-Soviet space has been actively developing thanks to the Russian-Spanish University Center (RSUC), established in 2008. Annually more than 200 students from Russia, Belarus, Ukraine and Kazakhstan come to study there. Equally important in this context was the opening of the Center for Russian Language and Culture (Pushkin Institute) at RSUC in March 2017. Its mission is to spread knowledge about the Russian culture and teach the Russian language via the organization of cultural and educational events. 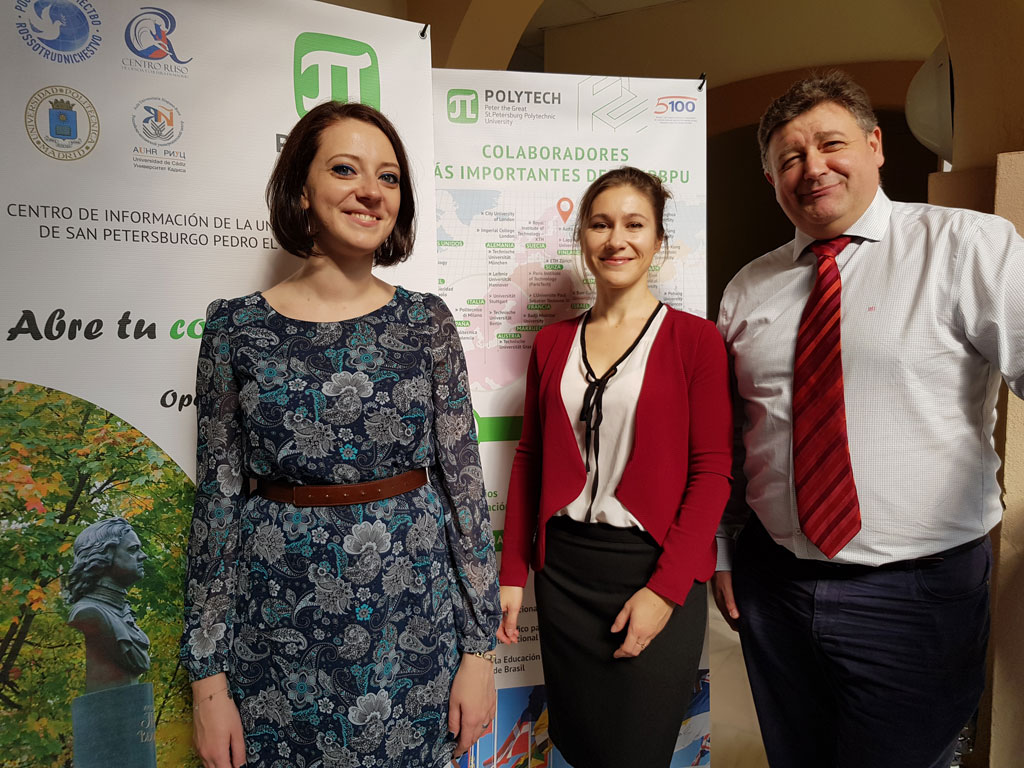 Director of RSUC Andres Santana ARRIBAS informed that funds are being formed and this year Pushkin Institute is going to form a Russian language literature library. Both Russian classics and scientific publications of the humanitarian profile will be presented in the library. It will later make the University of Cadiz to be the largest center studying Russian-Spanish interaction. 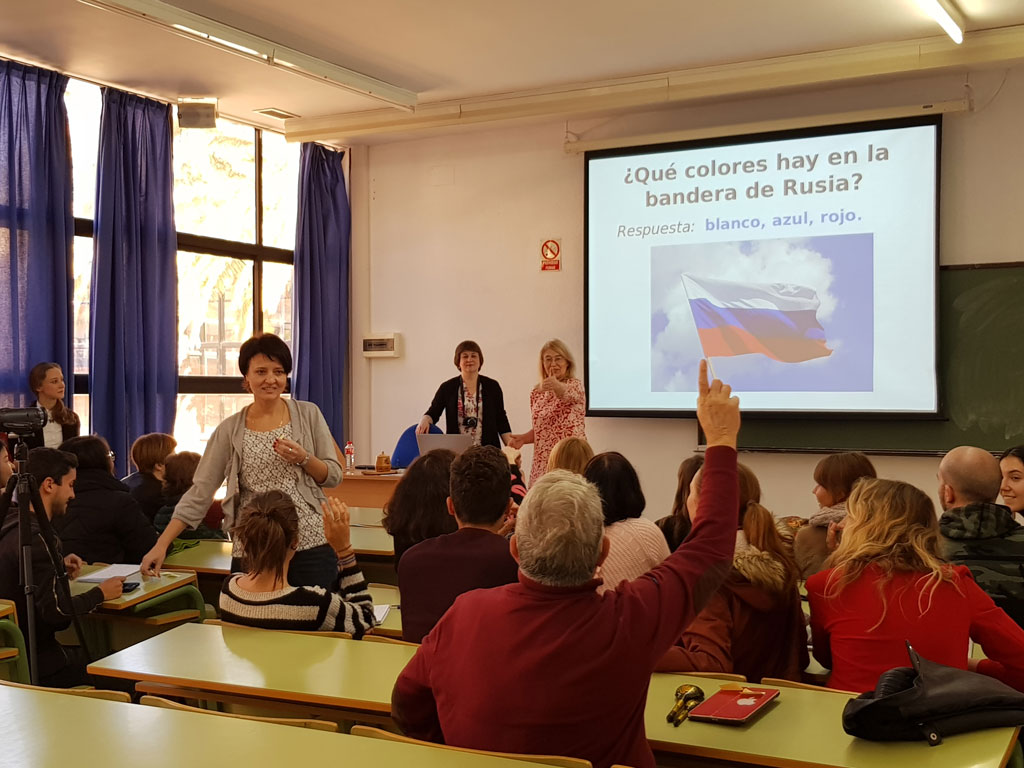 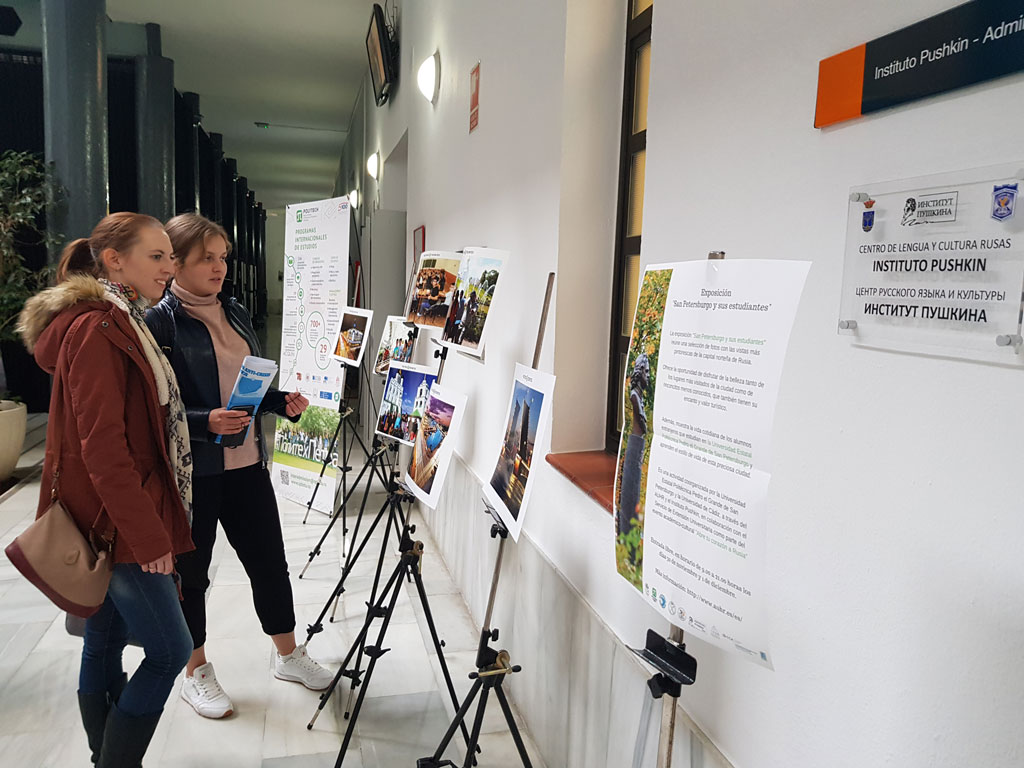 SPbPU International Office representatives had a meeting with Andres Santana ARRIBAS and the Director of the International university cooperation centers of the University of Cadiz Eduardo Romero BRUSON. The parties discussed the working issues and the prospects for Pushkin Institute activities and further bilateral cooperation. 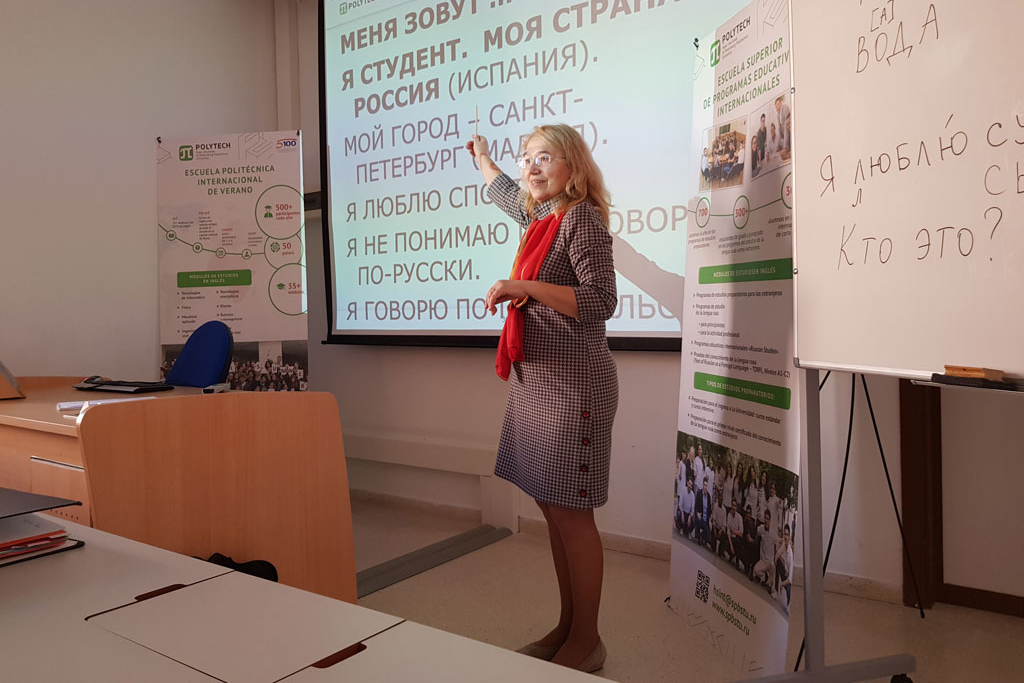 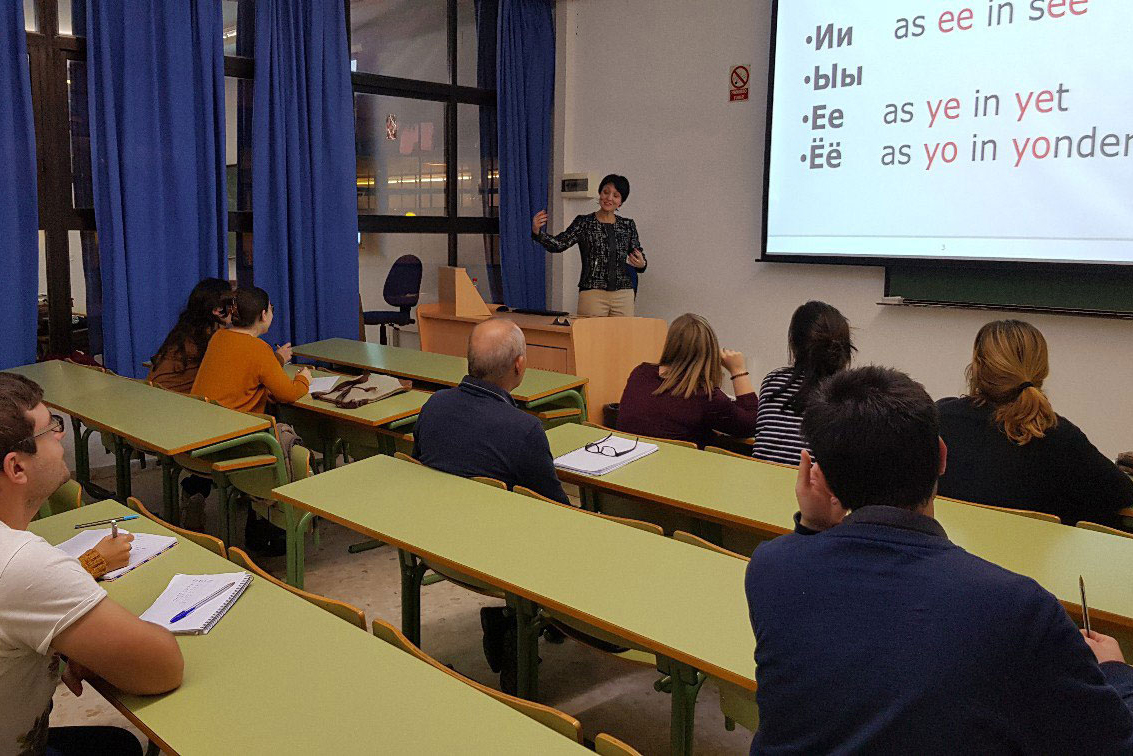 Our Russian language teachers have prepared a lot of interesting things for Spanish students, so that everyone could get familiar with history, culture and our traditions. A photo exhibition was organized in the hall of the University of Cadiz. It included the best views of St. Petersburg. The express course of the Russian language was carried out especially for the beginners. 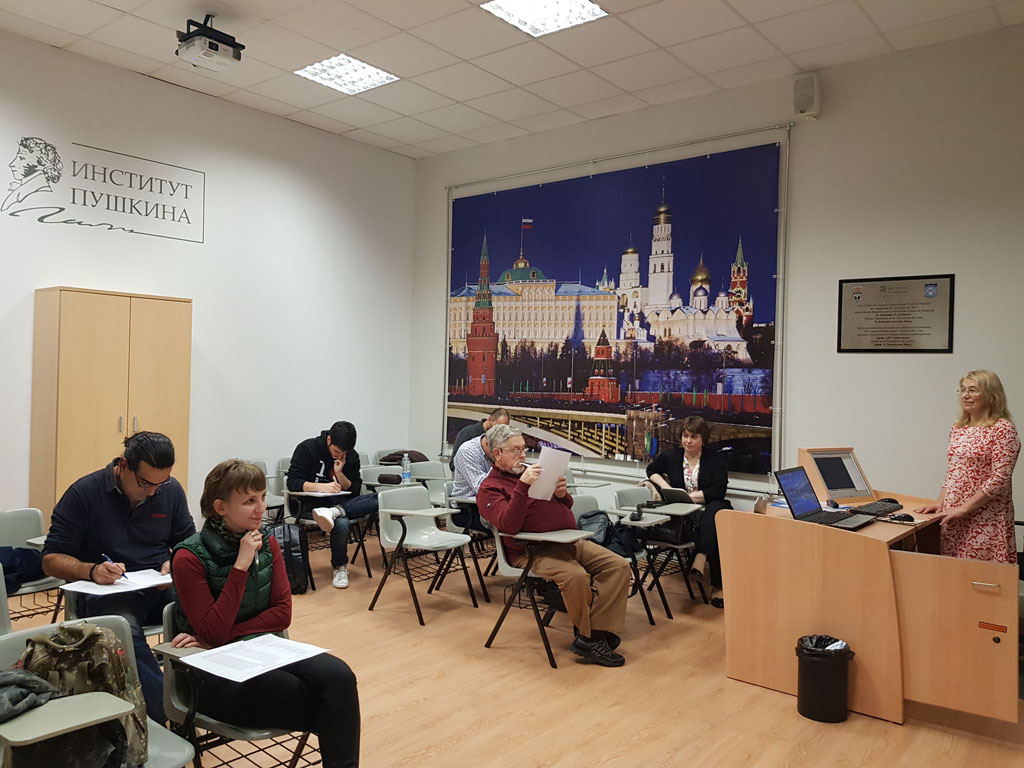 Classes included a range of aspects such as phonetics, grammar and vocabulary. They were organized in an entertaining and interesting form. "For three hours, starting with the alphabet, they began to read, and in the end - tell about themselves and make simple dialogues," - commented Irina BARANOVA. During the presentation (in Russian and Spanish) the students got acquainted with Russian folk art, traditional dishes of the Russian cuisine and got acquainted with the sights of Russian cities in which World Cup will be held in 2018. And after the classes participants enjoyed Russian style tea-drinking with jam, Russian bagels ("baranka") and marmalade. On the last day of the visit, Polytech teachers conducted tests for Spanish students to check the level of the language. As a result one of the participants won two-week free Russian language course at our university.

And in conclusion, it is important to say that Cadiz is famous not only for being the only city in Europe that Napoleon failed to conquer, but also for the inhabitants. No wonder they say that the most kind and sympathetic people live in Spain, namely, in its very south. Spanish colleagues also proved that they are close to Russians in their kindness, generosity and hospitality. This gives confidence that cooperation between our universities will strengthen and the Russian-Spanish dialogue will continue.