Last week an online meeting was held between Peter the Great St. Petersburg Polytechnic University and the Belarusian-Russian University (BRU). The talks were held within the framework of SPbPU state project “Implementation of a set of measures to improve the effectiveness of the Russian-Armenian (Slavonic) and Belarusian-Russian Universities in training professional personnel for the digital economy through the development of research programs, additional education and advanced training programs for students and young researchers, including the use of modern distance technologies”. This project is funded by the Ministry of Science and Higher Education of the Russian Federation and is aimed at developing cooperation between SPbPU and the two Slavic universities. 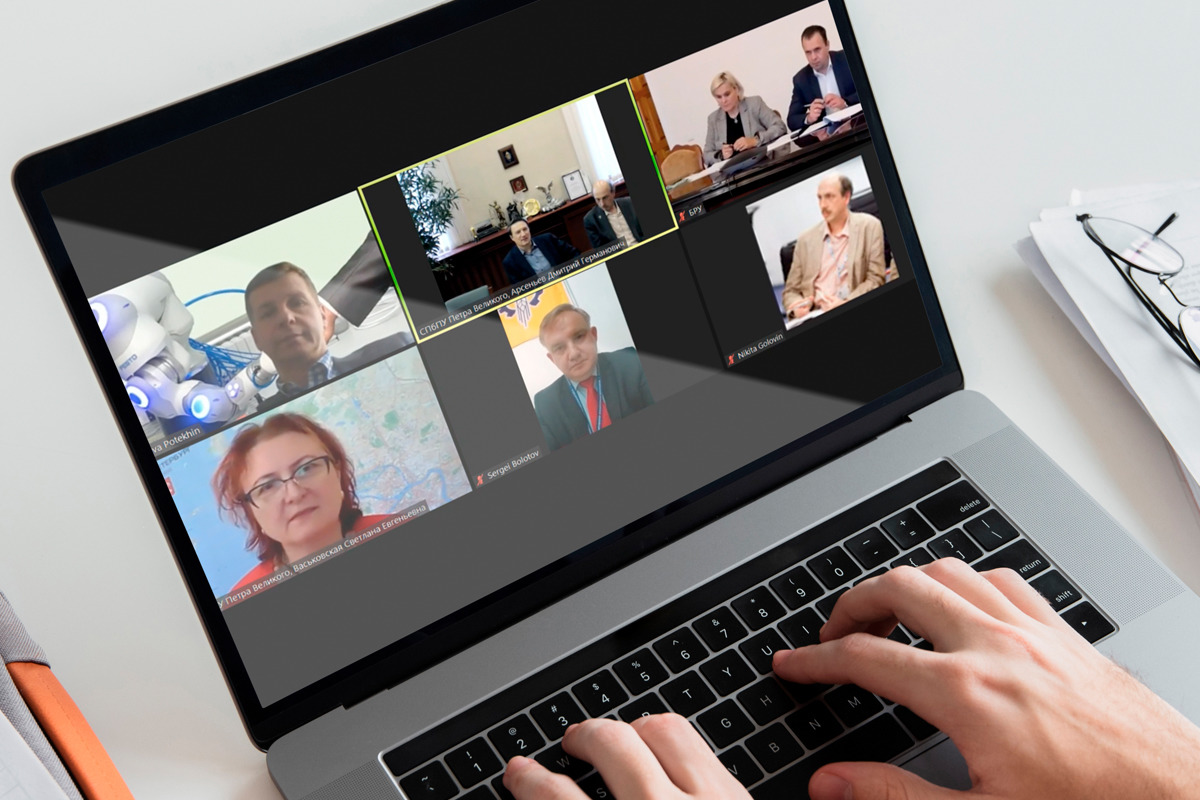 In his welcoming remarks, Vice-Rector for International Affairs Dmitry ARSENIEV noted the long-term and productive partnership between SPbPU and BRU: since 2014, cooperation between the two universities has had the status of strategic; in the same year, Polytechnic joined in the work to create a 3-5 year development program for BRU. On a regular basis, students from both universities participate in exchange programs, and professors give lectures in various areas. I hope that with the support of the Ministry of Science and Higher Education of the Russian Federation, we will be able to reach a new level of cooperation development, especially since we have effective tools: clear working groups have been formed, common scientific interests in relevant areas - additive technologies, transport systems, etc. - have been identified. In the future it will be a good foundation for the development of joint postgraduate programs, commented Dmitry ARSENIEV and emphasized that SPbPU is one of the few Russian universities that have the right to award academic degrees independently.

To date, cooperation with the Belarusian-Russian University is developing in the field of materials science, additive technologies, transport systems, and control in technical systems. During the past negotiations, the parties discussed practical steps to create a network laboratory at BRU with the transfer of teaching and research equipment to the university, as well as holding training seminars on technological entrepreneurship for BRU students, development of student scientific communities, and students’ scientific initiative - both online and based on the Belarusian university. It is planned that all these activities will be implemented by the end of 2021. For this purpose, shortly a demonstration stand “Layout of an automobile assembly line on the basis of a programmable logic controller” will be given for use at BRU, a joint laboratory will be organized at BRU, and a program of additional education in the “Management in technical systems” for Master’s degree and postgraduate students and scientific and pedagogical employees of BRU will be conducted by Polytechnic professors. In the future, it is planned to develop a network program of additional education together with the Belarusian-Russian University.