On October 26-28, BRICS Global University Summit was held in Moscow. It was an official event of Russian presidency in BRICS in 2015/16. The forum united more than 400 delegates from the leading universities of BRICS member-states, international organizations and research centers.

SPbPU delegation headed by D. G. Arseniev, Vice-Rector for International Relations, took part in a plenary session and several other sessions of the summit. The participants discussed both educational agenda and the key topics of the Russian presidency in BRICS. The program of the summit included discussions on such issues as academic mobility, educational migration, university rankings, and university consortiums. Particular emphasis was made on the problems of educational accessibility and distance education. Special attention was given to the matter of the BRICS Network University. 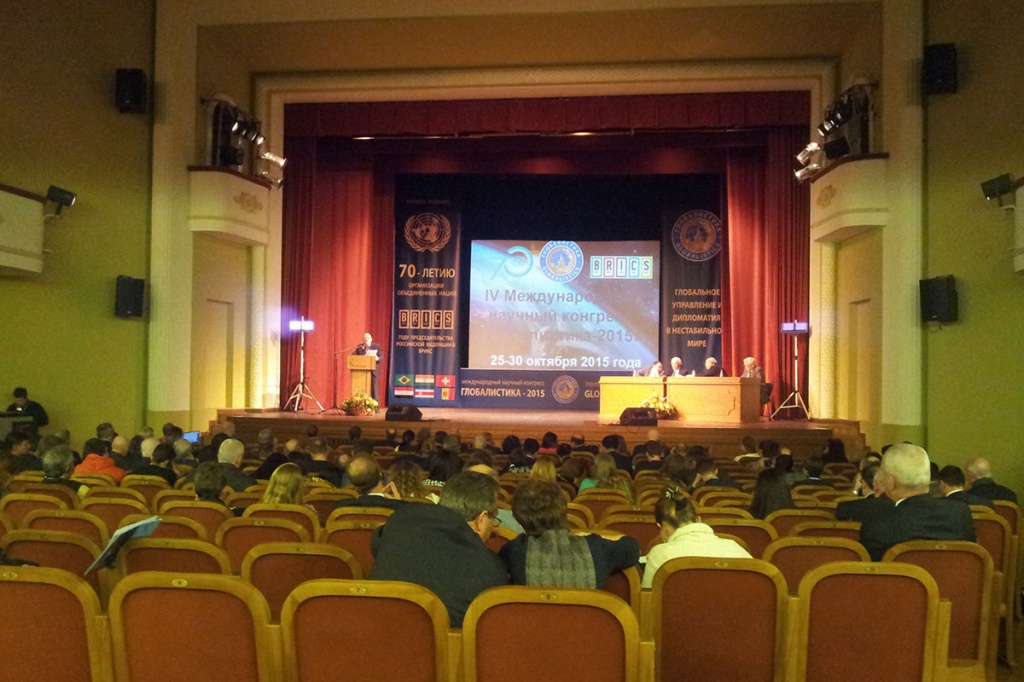 The topics of the general BRICS agenda included international finance, reform of multilateral financial institutions, creation of new institutions under BRICS; the issues of international trade and the prospects of preferential trade relations (Free trade areas) of the BRICS countries; the problems of cyber security and the approaches towards international information exchange.

In the course of sessions, delegates from all countries had a chance to speak and take part in exciting discussions. Thus, during the session «Global Education and Universities: Modern Trends and a Look at the Future», Paulo Afonso Burmann, Rector of the Federal University of Santa Maria (Brazil), mentioned that universities in the BRICS countries have a lot of similar problems and expressed his hope for the BRICS Network University to encourage resolution of these problems through joint efforts. Talking to the SPbPU representatives, P. A. Burmann expressed readiness to collaborate with our university. Specifically, he invited SPbPU professors to give a set of lectures at the Federal University of Santa Maria, reacted positively to the proposal of V. D. Khizhnyak, Head of the Iternational Realtions Office, to arrange intensive student exchange on the basis of SPbPU international programs offered in English, consider the possibility of creating network programs, and invite leading professors from the Federal University of Santa Maria to give a series of lectures in the proposed fields at SPbPU. 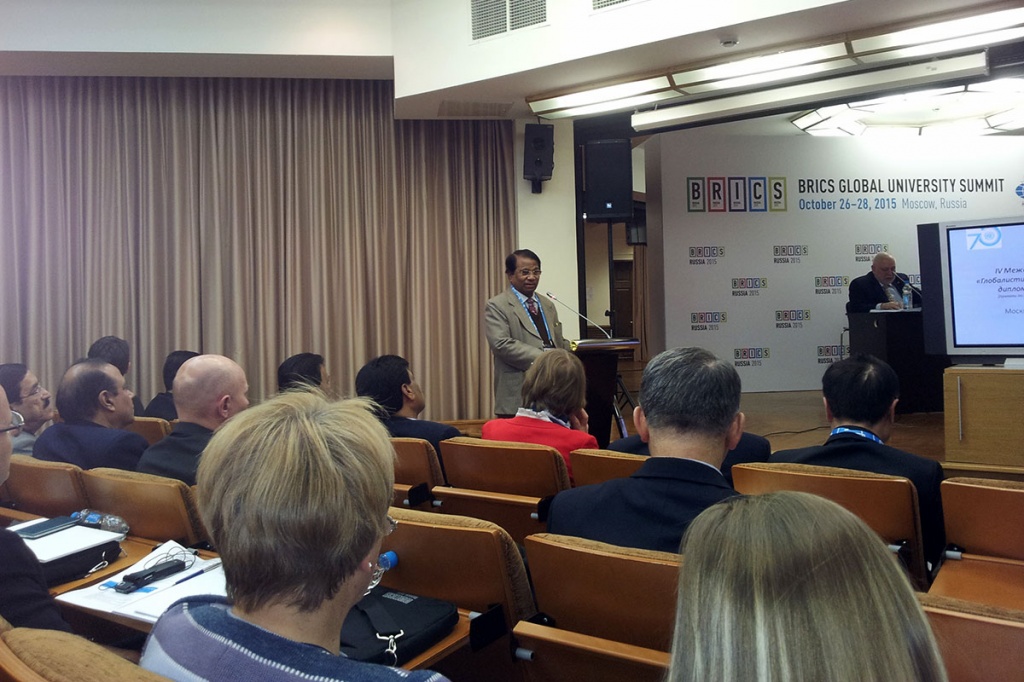 International cooperation with SPbPU was also discussed with the delegates from other universities: Mahomed Moolla, Manager of the Internationalization and Strategic Partnerships Office, University of the Witwatersrand (South Africa); Bento Neto, Director of Information Technology, Federal University of Ceará (Brazil), etc.

N. Mahassen, President of the Center for World University Rankings in Saudi Arabia, agreed that major world rankings have certain drawbacks. His country developed its own rankings - CWUR (Center for World University Rankings) that uses its own methods along with eight ranking features. Some of the BRICS universities rank rather high according to this system.

Rajiv Dusane, Dean for International Relations of the Indian Institute of Technology Bombay, claimed that in India technical universities are separated from classical universities and other universities such as medical. They have a relatively high status (they need the approval of the Ministry of Education to cooperate with foreign universities) and they believe they require their own rankings to compare apples to apples.

SPbPU and the Indian Institute of Technology Bombay have recently entered into an agreement on cooperation, and in the course of the seminar the parties discussed the visit of R. Dusane to the Polytechnic University after the BRICS Summit.

At the end of the summit, a closing session was held at the Conference Hall of Moscow State University, where the results of the event were summarized. Leading scientists, who contributed to the development of scientific, technological, educational, and cultural relations, received awards.