Uthum Gunasekara: “Polytechnic University is the university that gave me wonderful opportunities in my life.

This interview with Uthum Gunasekara, a student from Sri Lanka, is timed to coincide with International Students’ Day, which is celebrated around the world on November 17. Polytechnic University, as one of the most international Russian technical universities, is a vivid example of interaction between students from all over the world. Today we have over 5,000 foreign students studying in our core and international educational programs. And the first foreign professors and students had appeared at Polytechnic University almost at the very first days of its founding. 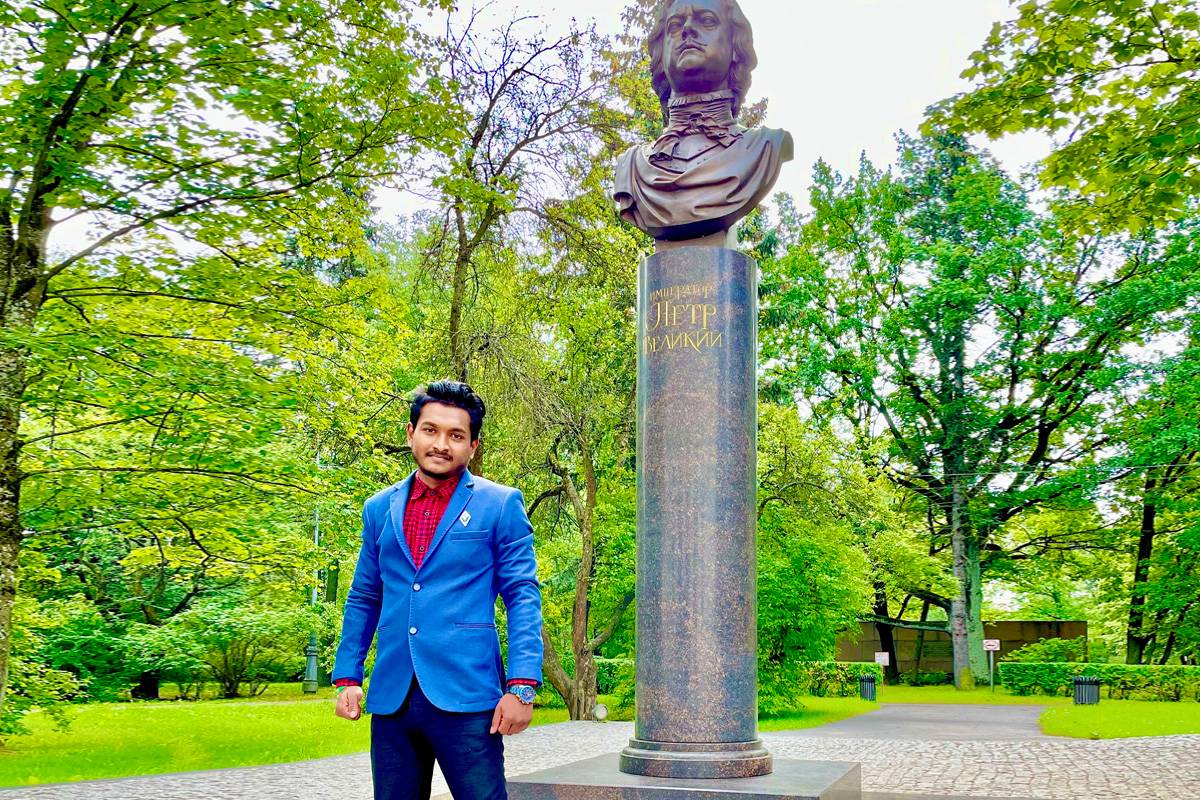 Uthum Gunasekara came to Russia from Sri Lanka in 2016. Since then his life has been inseparably connected with Polytechnic University: for a year he studied Russian at the university preparatory program, then became a student of the Institute of Energy, where he successfully completed his bachelor’s degree and continued his master’s degree studies. Now Uthum is mastering nuclear power, participates in various projects of Rosatom State Corporation and, moreover, is its ambassador. In his free time, he travels around Russia and has an impressive list of cities he has been to, which not every citizen of Russia can boast of! Read about how to fall in love with winter sports, not to miss opportunities, easy to follow the path of knowledge and happily learn the chosen profession in the interview.

— Uthum, tell us, why did you decide to study in Russia?

— My final exam results showed that my grades were the highest in the country. Then I realized that I had a good chance of getting into a strong university. I applied to study on the quota of the Government of the Russian Federation and successfully passed all the tests. And here I am — a student at Polytechnic University. I am sure that Russian education is the best in the world.

— And where was the information about quota admission posted?

— On the website of the Ministry of Education of Sri Lanka. We also have a Russian Culture Center whose site also has the necessary information. By the way, it’s easier now: you can apply online. In 2016, you had to bring all the documents to the Ministry in person. In addition, there is now an Open Doors competition for foreign students, the winner of which can study for free at leading universities in Russia.

— Tell us about your studies at Polytechnic University.

— This is a wonderful university that opens up many opportunities for students. It is a specialized university for Rosatom, thanks to this cooperation there are many events in which I participate. The language of instruction is Russian, and almost all the students in our group are from Russia. They helped me a lot when I had a language barrier. Fortunately, I got over that problem. I have 15 scientific articles, I write in Russian and English. I started studying science during my bachelor’s degree, I plan to continue my postgraduate studies at SPbPU. I will participate in the Open Doors Olympiad, which now has a «postgraduate school» track, and hopefully I will successfully pass all stages of the competition.

— What helped you cope with the language barrier?

— My classmates and motivation. The beginning of the study was a real nightmare: I did not understand what the lecturer was saying, I did not have time to take notes. I am grateful to my classmates for their help, thanks to them I pulled up the Russian language, especially speaking. At the same time, I watched Russian soap operas, my first was «The Kitchen». At first, I had to translate every word, but then it became much easier. Now I know Russian confidently.

— Was it difficult getting used to the Russian winter?

— My first winter in Russia impressed me: it was the first time I had ever seen snow. But I adapted quickly: I fell in love with skating and snowboarding. Every season I go out somewhere to do winter sports. I have been to Nizhnekamsk, Karelia and Murmansk. And, of course, I went skiing in Kavgolovo, Leningrad Region. 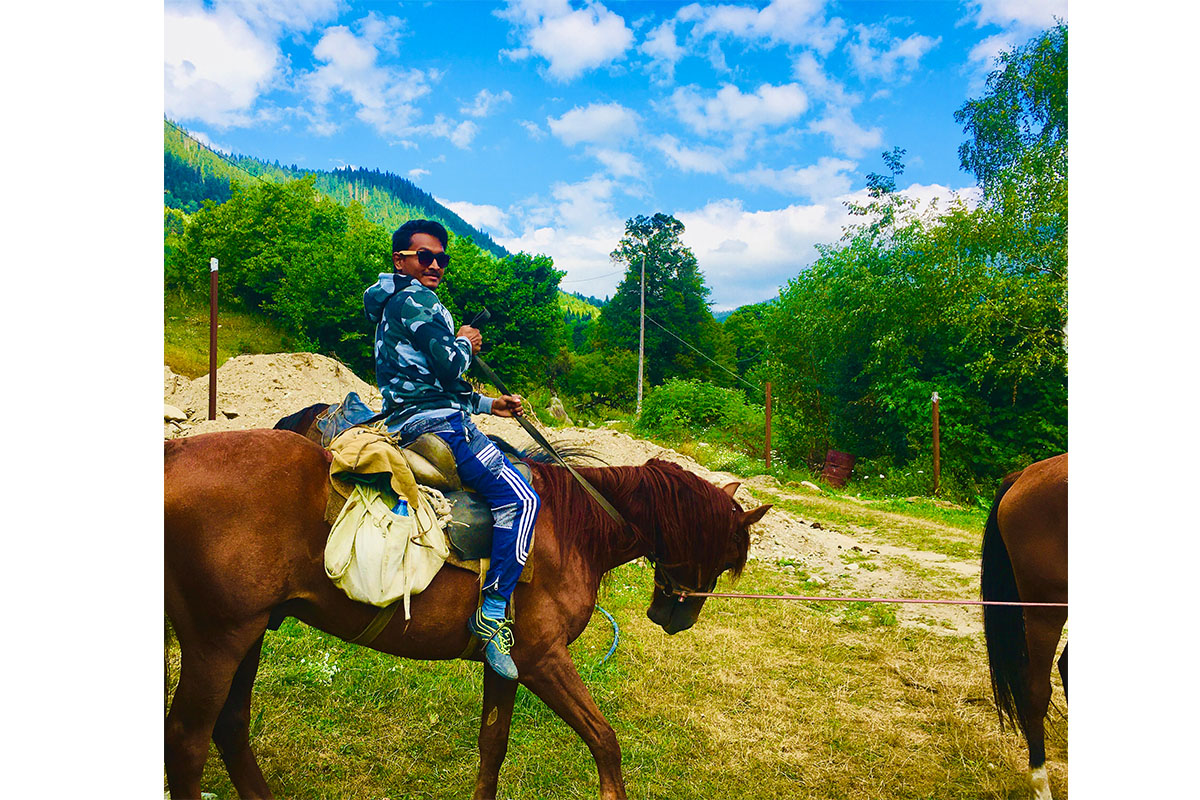 — What do you do in your spare time?

— I am very fond of travelling. I have been to many Russian cities: Moscow, Kazan, Samara, Rostov-on-Don, Sochi, Yeisk, Murmansk and others. The most incredible experience I had was in the Caucasus, when I spent two weeks in the village of Pkhia. It is in the Karachay-Cherkessia Republic, a unique place almost untouched by civilization. There was no Internet or any other kind of communication there.

— What’s your favorite city in Russia?

— It may seem unexpected, but this is Yeisk, where I have gone several times to visit a friend of mine. The city is located on the shore of the Azov Sea in the Krasnodar Territory, and you can have a great vacation there. And in general, every city is beautiful in its own way. Since my classmates come from different parts of the country, I have a great opportunity to visit them. I enjoy sampling the local cuisine and visiting the sights. My friends introduced me to their relatives, all were very hospitable and open. 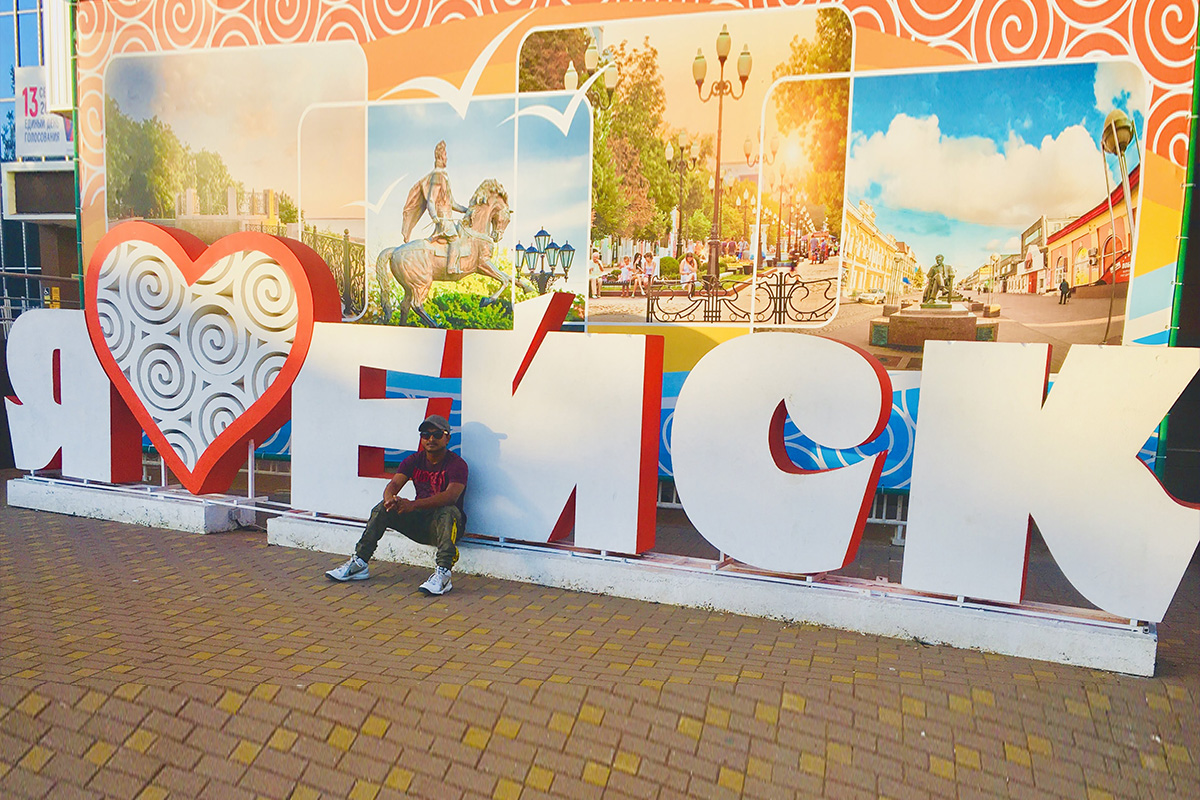 — You recently won the «Atom between Past and Future» essay contest, so please accept our congratulations. Tell us more about the contest.

— On the Rosatom website I read about the event dedicated to 100 anniversary of V.G. Khlopin Radium Institute. And I wrote an essay discussing the possibilities of nuclear technologies in the future. The topic of offshore floating nuclear power plants is very interesting for me. In 2020, the world’s first floating nuclear power plant, the Akademik Lomonosov, was commissioned in the Chukotka region. I was incredibly inspired by this story, because this could be a very good solution for island nations, particularly Sri Lanka. As a result, I won the Hard Science Fiction category. 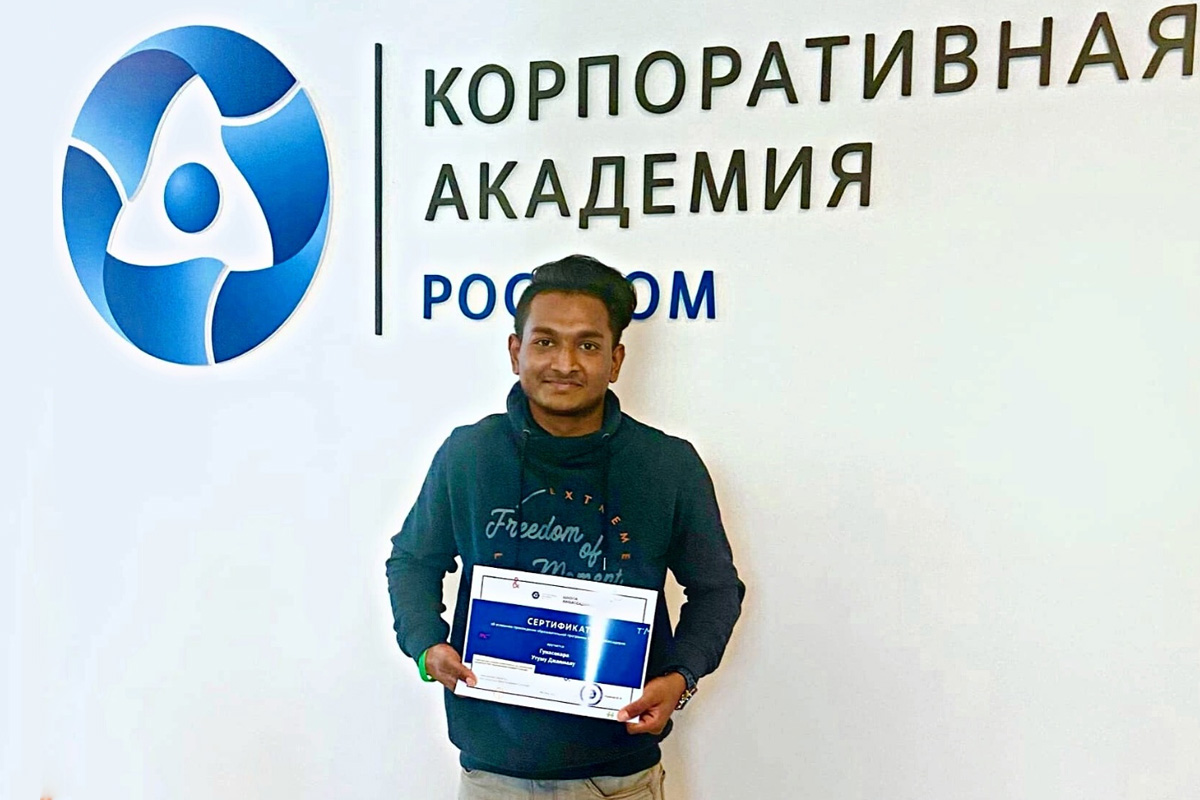 — How did you become a Rosatom Ambassador?

— It was a large-scale project that attracted over 1,400 participants. In the end, a panel of experts selected 65 people who showed the best results. I became one of them and was the only foreigner. At first we went through intensive training to get acquainted with the activities of the company and learn key facts. Now we participate in various seminars and conferences from the state corporation and often give lectures for schoolchildren and students who plan to tie their lives to the energy sector. I have given several lectures, and it is imperative that in each of them I talk about Polytechnic University, the university that gave me such wonderful opportunities in my life.

Leading PR Manager of the Center for International Recruitment and Communications