Longstanding and fruitful collaboration with 22 universities of the People's Republic of China, opening of SPbPU representative office in Shanghai and of the Russian language Academic Center in Jiangsu Province are not just words but real deeds confirming that development of relationship with China is a top-priority trend in international activity in SPbPU. 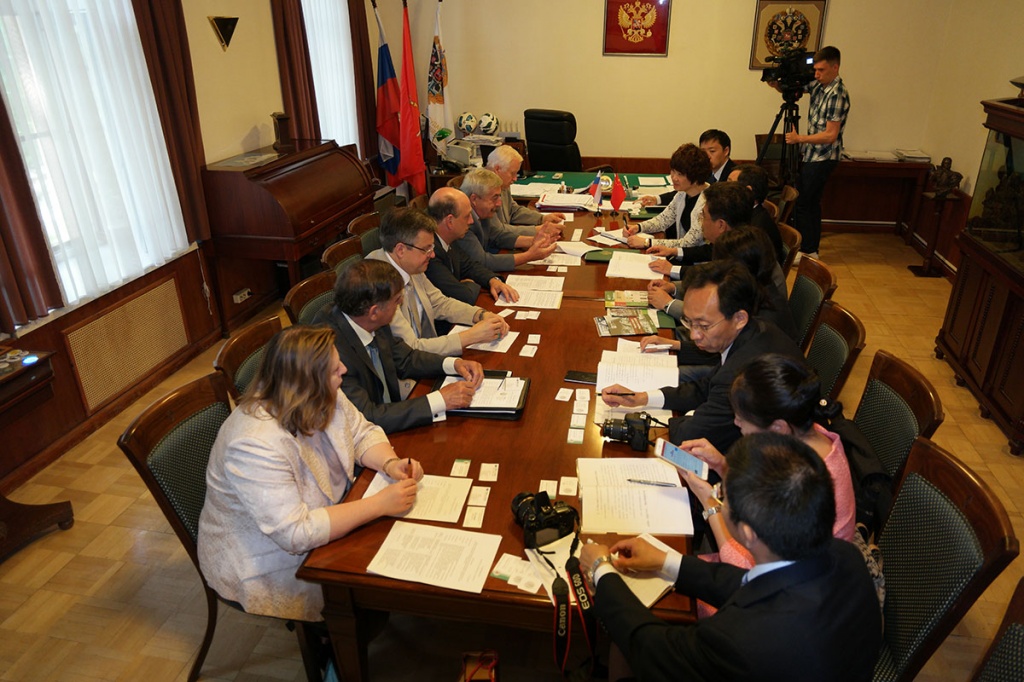 On June, 30 the delegation of the State Committee of Foreign Experts of China with deputy director Yin CHENGZI visited our university in order to discuss academic and research cooperation and prospects for training experts.

The delegation got acquainted with the history of St. Petersburg Polytechnic University and visited the main building of SPbPU and then met V.V. GLUKHOV, senior Vice-Rector of SPbPU, and members of the international offices of the university. 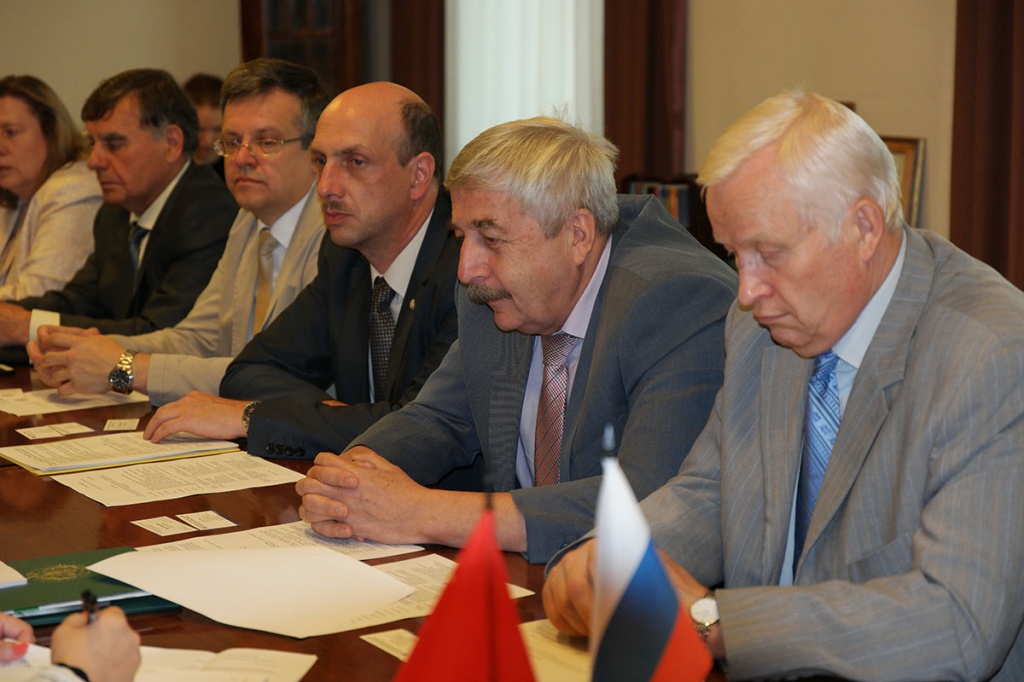 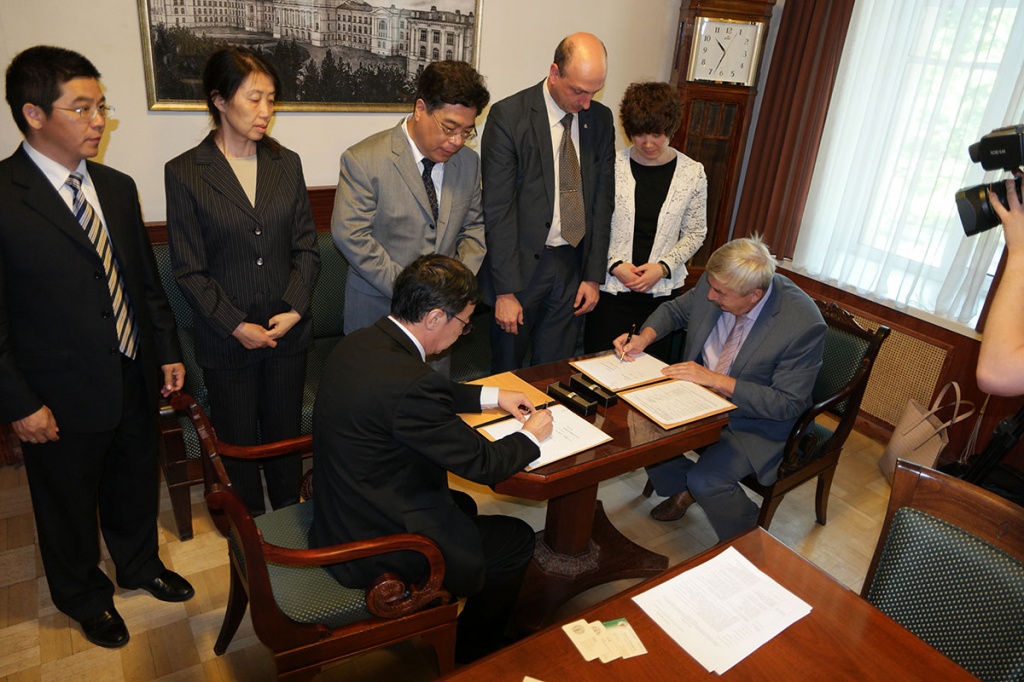 According to Vladimir Viktorovich, opening of the Polytechnic University in Shanghai became another important step in developing relationships between universities, research organizations and enterprises of China. The Polytechnic University was the first Russian university to appear on the educational platform of China. The initiatives of SPbPU aimed at consolidation of cooperation between Russia and China were highly appraised by the Prime Minister of Russia Dmitry Medvedev during his visit to our university. Su JING the head of SPbPU representative office in Shanghai who also attended the meeting with the delegation of the State Committee of Foreign Experts of China, told the Prime Minister about the prospects of the representative office.

The Polytechnic University collaborates with the Chinese universities in educational and research areas; there are student and teacher exchange programs; for many years the Institute of international Educational Programs, SPbPU has run the program "Area Studies" oriented on China only - studying the Chinese language, culture of the country, its economic and political specifics. ”All this allows saying that China is a friendly country for us and the Chinese universities are the first ones in partnership.” concluded V.V. GLUKHOV. 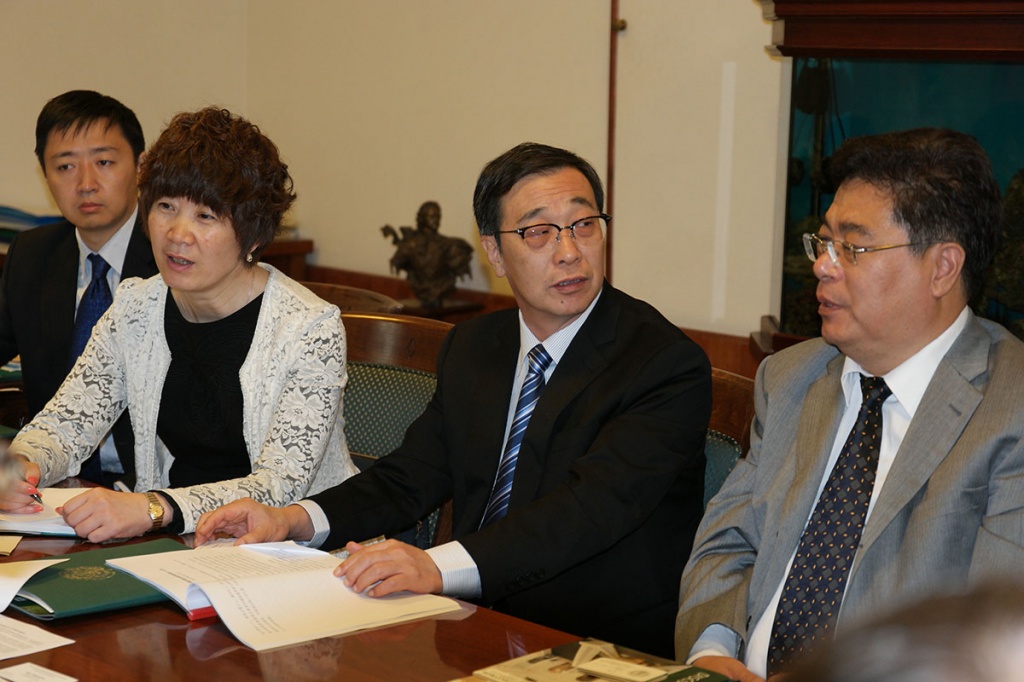 The Deputy Director of the State Committee of Foreign Experts of China Yin CHENGZI in his turn pointed out that friendship between our countries began as early as in the middle of the last century and it has been getting stronger and stronger. “The research partnership is very promising for both countries and the main objective is to create more comfortable conditions for cooperation,” said Yin CHENGZI,

Acknowledging the importance of the international professional partnership and expressing mutual interest in further extending of bilateral educational and scientific connections, including those in the context of the "Silk Road" program,, a Cooperation Memorandum was signed between SPbPU and the State Committee of Foreign Experts of China.