On February 23, 1899, a dedicated Special Building Commission was established for the construction of St. Petersburg Polytechnic Institute buildings. This Committee contracted talented architects and builders and employed all the best of the national and foreign design and construction practices. 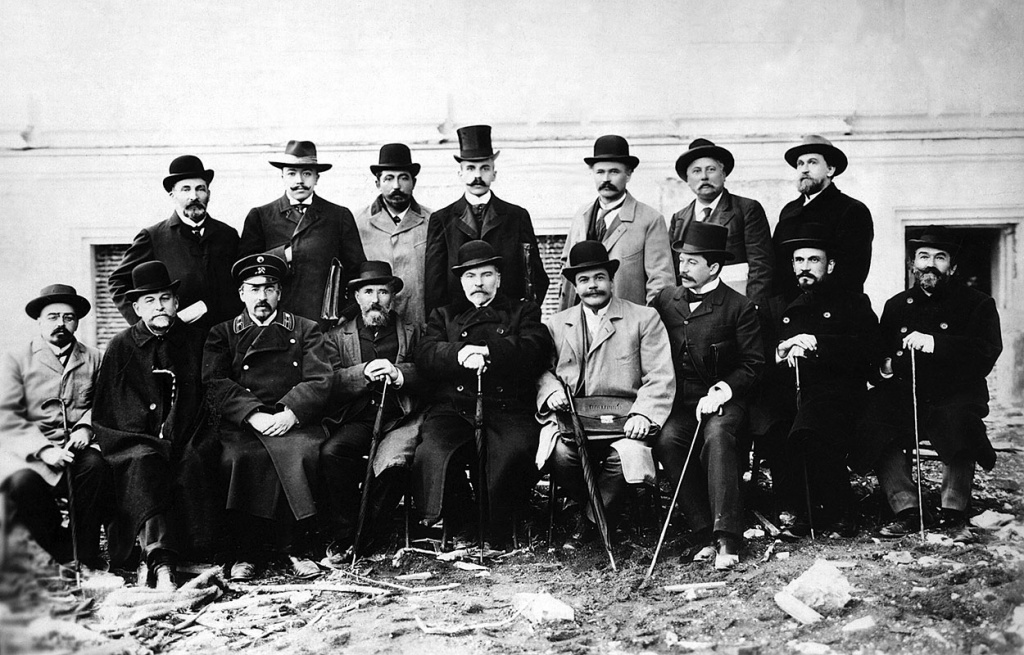 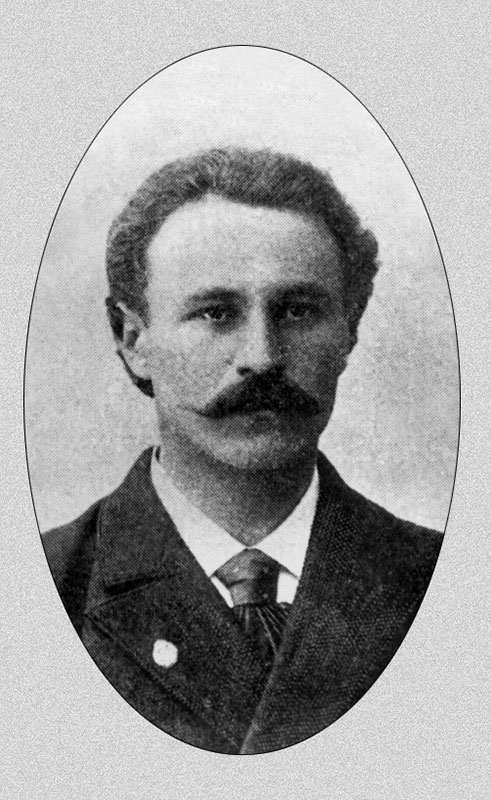 
Within short time, a whole complex of buildings was to be built in a land plot nearby Sosnovka village, outside of Lesnoye, a St. Petersburg cottage area. Apparent remoteness from down town St. Petersburg and carefully designed and implemented life-support infrastructure were meant to transformation of the new educational institution into an autonomous complex alike the ones in Oxford or Cambridge.

In each particular case concerning construction and equipment on the premises, only the newest technical and engineering achievements were to be used. Importantly, only Russian engineers were engaged in the development of those, while St. Petersburg enterprises were to manufacture the necessary equipment. Foreign producers could be contracted only in case if the machines in need were not available at "Russian plants".

On June 18, 1900, the ground-breaking ceremony for the core buildings of the institute took place: the Main Building, the Chemistry Pavilion, the Mechanics Pavilion, and the first and second student dormitories were founded. The construction had been going for 5 years (1900-1905) after the design projects of architect E.F. Virrikh and the specially organized for building Polytechnic Institute architectural firm he took the lead of. 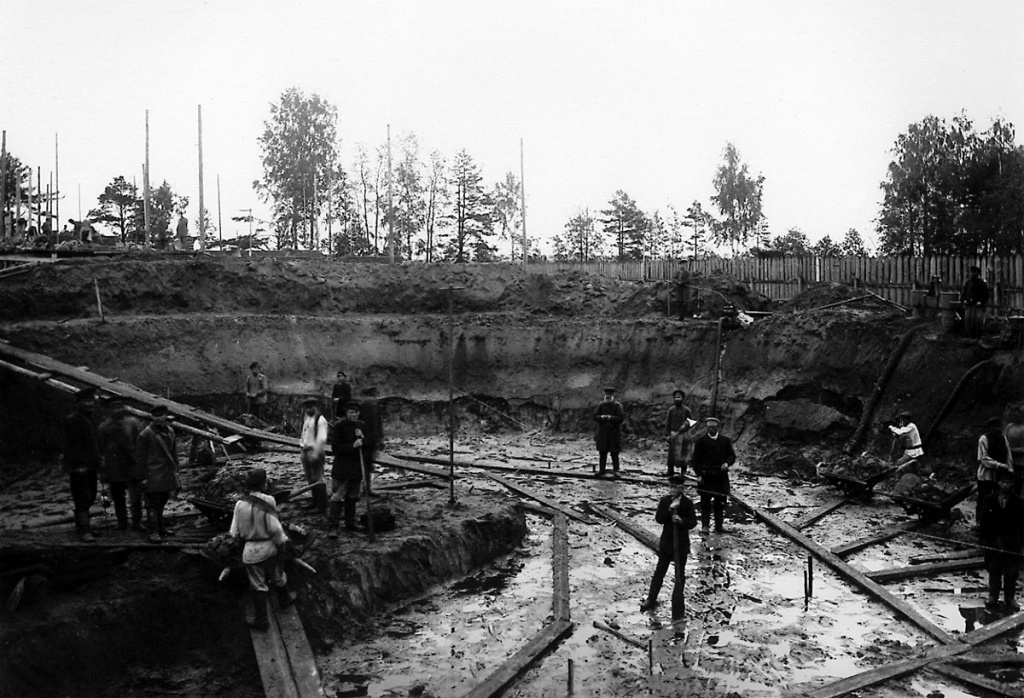 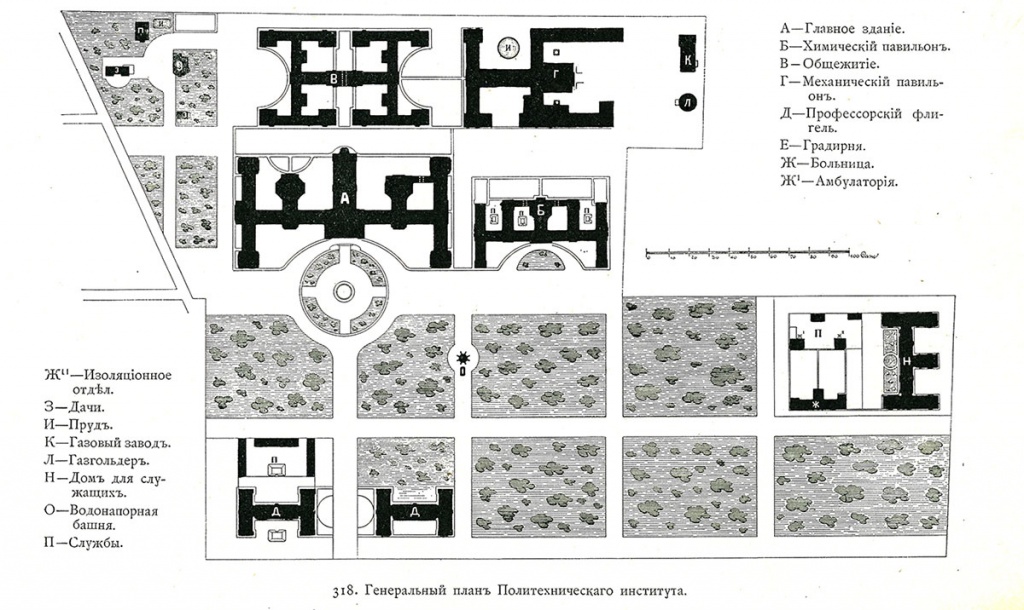 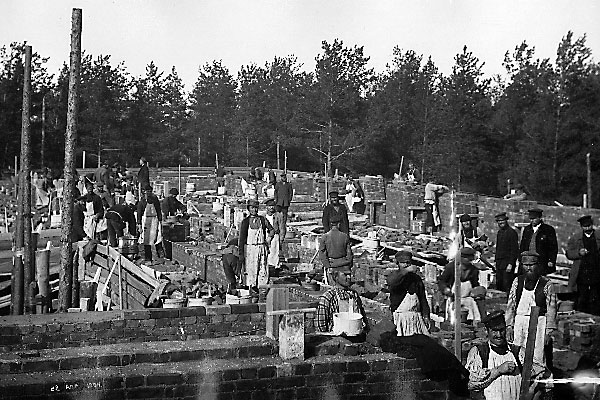 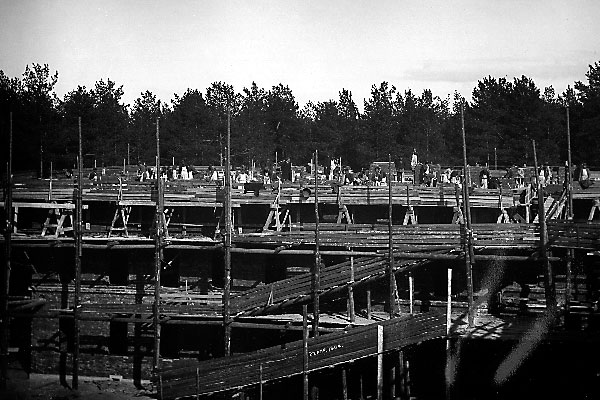 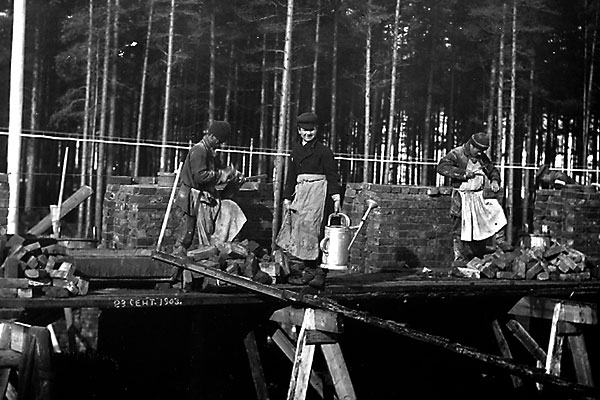 The H-shaped configuration of the Main Building and the Chemistry Building, as well as their inner layout, when all lecture rooms looked out on the south-west, enabled the utmost using of natural lighting. According to contemporaries, the buildings impressed with "their vastness, highness, and lightness. The spacious, endless corridors, airy classrooms, […] special auditoriums for practical studies produced strong impression".

The Main Academic Building and the Chemistry building intended for the metallurgical department were built in 1902. Both buildings were designed in the neoclassic style, popular in the late 19th century in St. Petersburg architecture, and meant to stress the grandeur of the buildings. 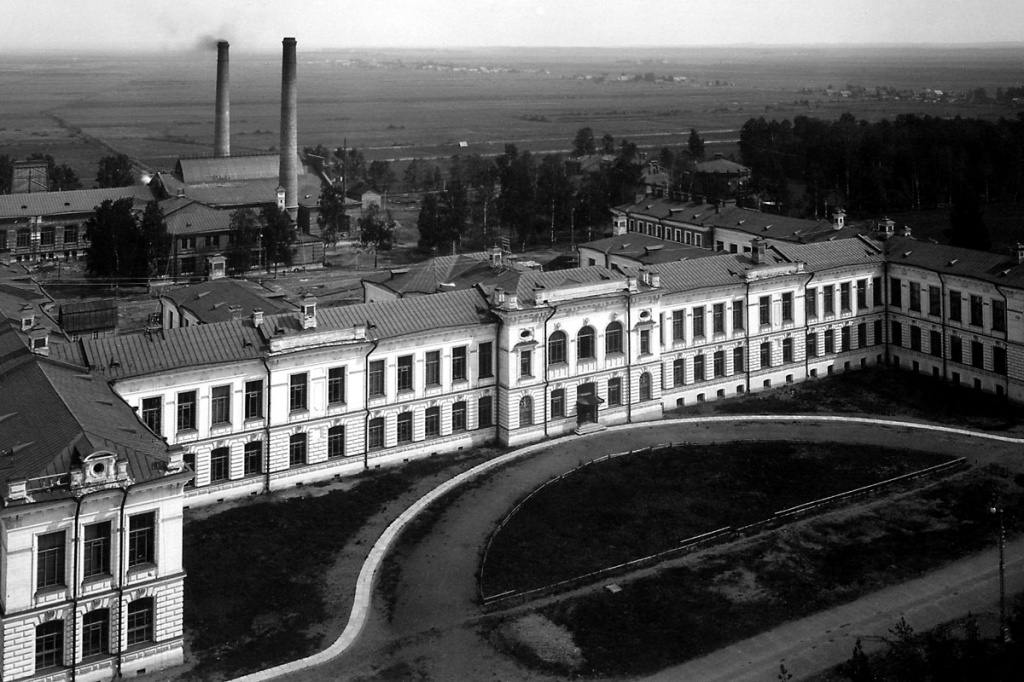 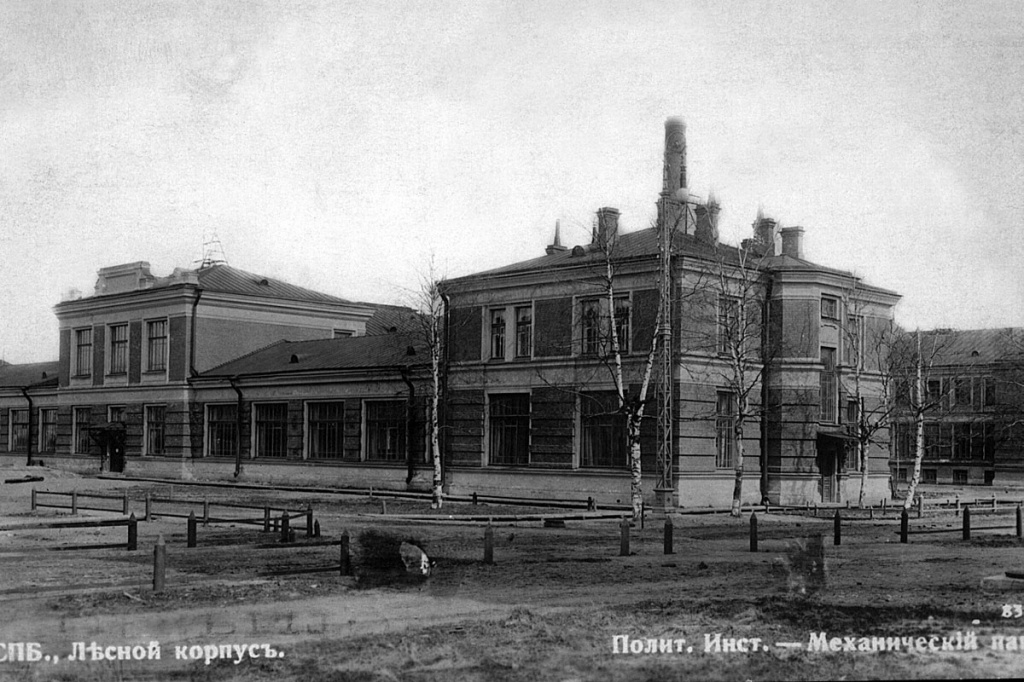 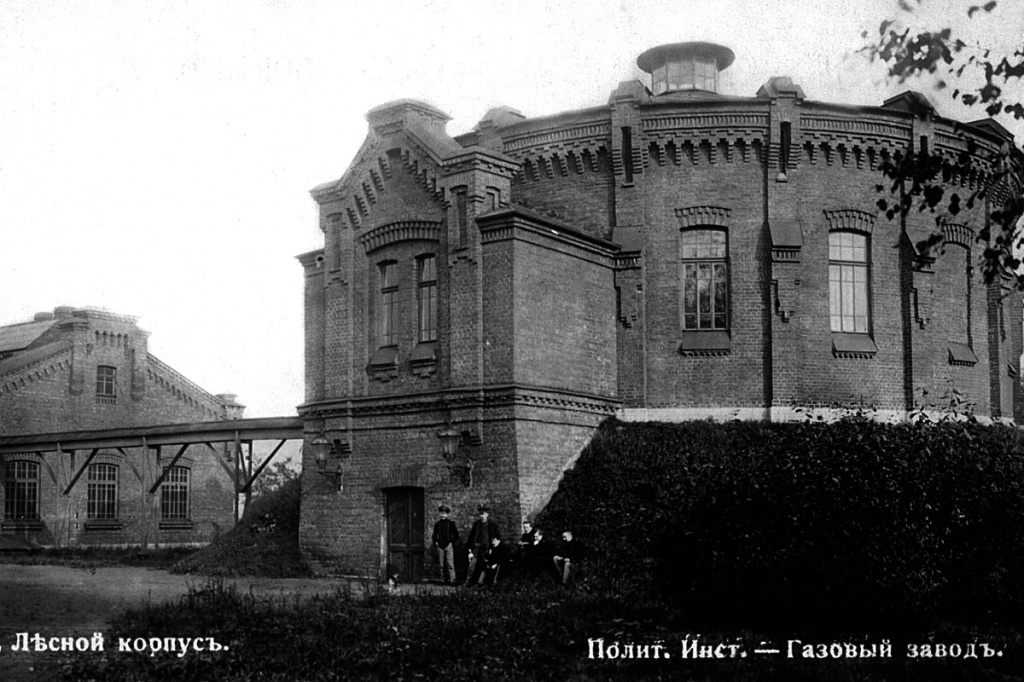 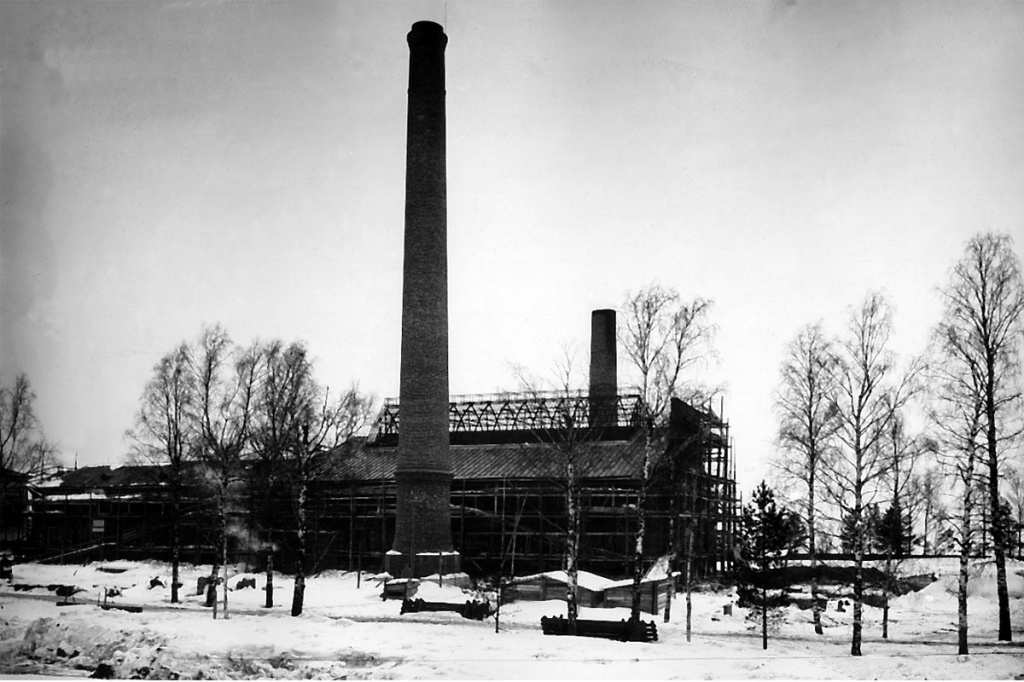 Along with the Main and Chemistry Buildings, the Mechanics Pavilion, two four-storey buildings of the student dormitories, the first Professors House, a public dispensary, pharmacy and hospital were commissioned. Unlike the Main and Chemistry Buildings, they looked quite austere with the outer walls not plastered, leaving visible the red brickwork. This red color was predominant and made the buildings look like other industrial buildings in the city. 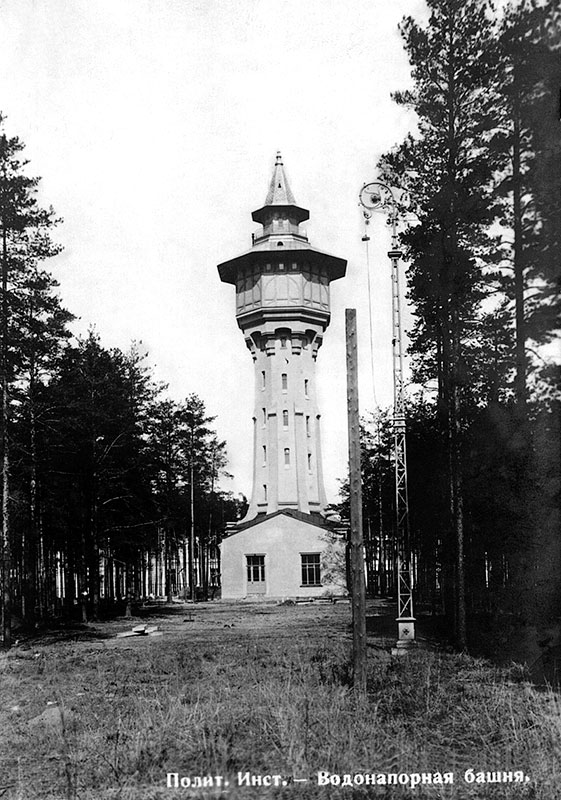 One of the oldest constructions on the SPbPU campus is the Water Supply Tower built in 1905, three years after the opening of Polytechnic Institute. Its bizarre architectural look with fragmented forms and lines clearly contrasts with the other buildings on the campus; it is a kind of a hi-rise dominant of the entire complex of the two- and four-storey buildings.

The Water Supply Tower is 46 meters high. Until 1953, it had been used as an engineering construction to provide for the operation of the water supply system. During the Great Patriotic War and the Siege of Leningrad, the Tower served as an air defense observational post.

Right since its construction, the Water Supply Tower became one of the education-support buildings of the Institute. In its annex, a hydraulics laboratory designed by I.G. Esman, was opened in 1905. He supervised the construction works and was the first director of the laboratory. Presently, the annex is home for the laboratory the Voznesensky Chair of hydraulic machinery construction.