Alongside the beginning of construction works, by September 1900, the Commission for Preparing Curricula and Syllabuses had come up with a draft of the Institute Statute, curricula and syllabuses. After discussions at the involved governmental departments and institutions and consideration of the received reviews at the Ministry of Finance the new draft of the Statute and nominees for the future staff were presented to the State Council.

At By the end of November 1901, a temporary governing body was established on the initiative of the Minister of Finance: namely, the Council of Directors and Deans of Saint-Petersburg Polytechnic Institute, which performed the functions of the future governing bodies of SPbPU: the Managing Board, Council of the Institute, and Departmental Administrative Bodies. Among other issues, the Council discussed such matters as organization of the educational process; candidatures of professors, lecturers and laboratory assistants; provisions for auxiliary educational establishments; inspections of new laboratories, etc. Besides, the Council elaborated regulations for the Professors’ Disciplinary Court and adopted the Dormitory Charter.

On February 4, 1902, the bill on establishing Saint-Petersburg Polytechnic Institute got the final approval of the State Council and on the 2nd of May, Emperor Nicolas II granted the statute and the staff charter “His Imperial consolidation”.

Four departments were established at the Institute: the departments of economics, shipbuilding, electrical engineering and metallurgy. The first deans were A.S. Posnikov, K.P. Boklevsky, M.A. Shatelen, N.A. Menshutkin respectively. V.V. Skobeltsyn had a special status of the professor in charge of the students. According to the pre-revolutionary Statute, all professors with no out exceptions were members of the Institute Council chaired by the Director. 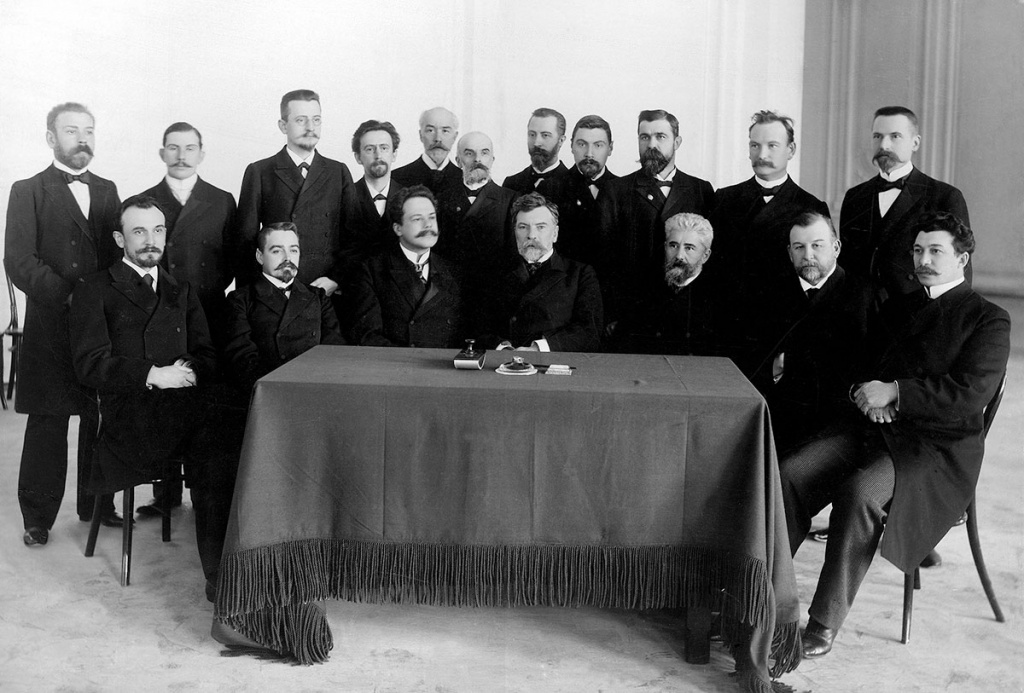 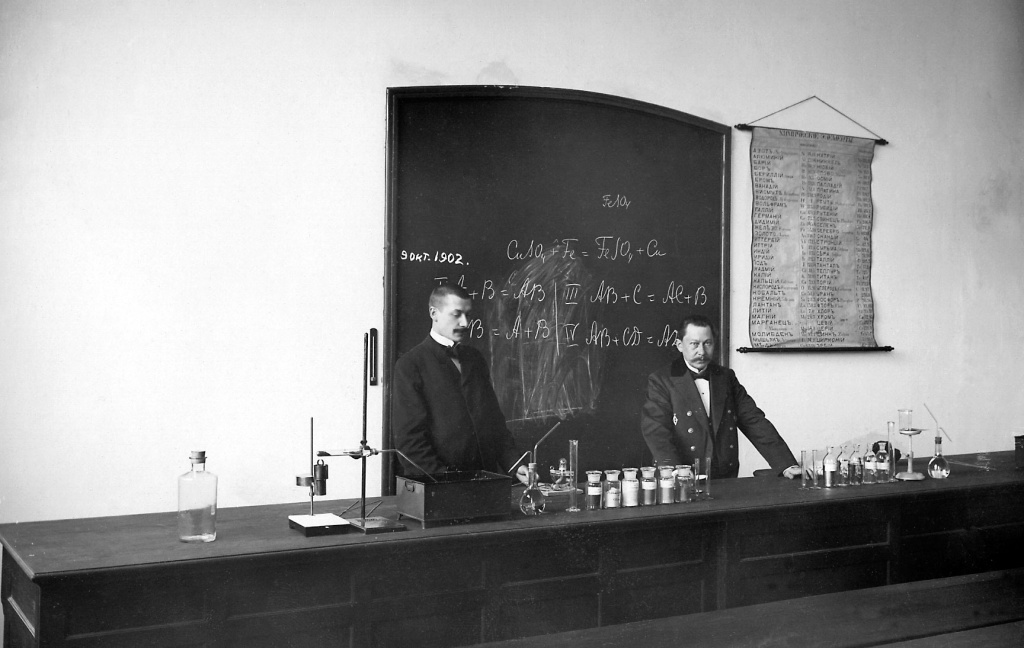 “Not only in Russia, but also nowhere beyond its borders, would you find another institution of higher education where, to the same degree as at the Council of our Institute, the spirit of non-partisanship alongside absence of any dissidence in anything but purely academic issues would have been thus dominating.” (From the speech of Prof. V.B. Yelyashevich on the day of celebration of the 25th birthday of the Institute, 1927)

The formal opening ceremony was held on October 1, 1902. The press highlighted this important event as a symbol of country’s starting the new century and hopes for future ages. On the 2nd of October, the first ever lectures were delivered: by I.V. Meshchersky on theoretical mechanics to the students of the engineering departments, and by A.A. Volkov on general chemistry to the students of the economics department.

The two first years in the Institute’s educational life were the best in its entire pre-revolutionary history.

Students (the dominating majority of whom were high school medal awardees) studied with great enthusiasm and diligence; their comfortable living at the dorms far away from the capital city’s temptations facilitated this. The teachers were so well aware of the successes of each student that no examinations were needed.

Students of the economics department are listening a chemistry lecture. 1902 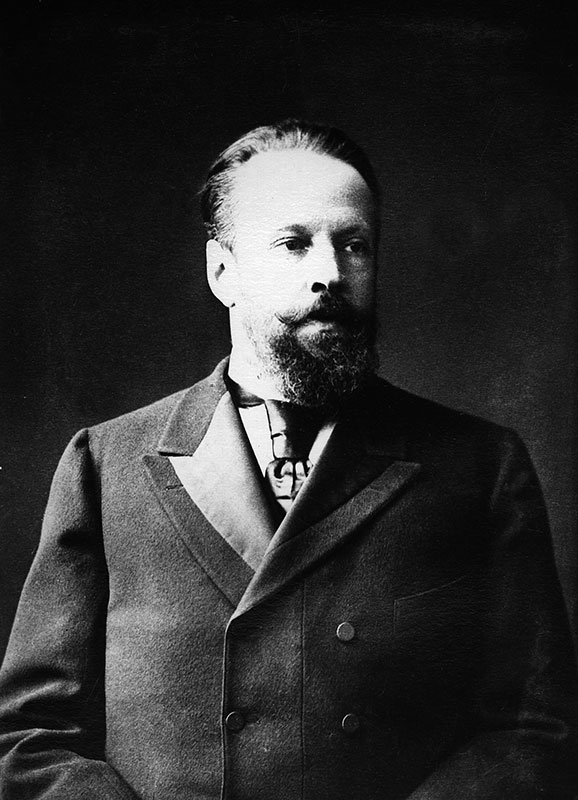 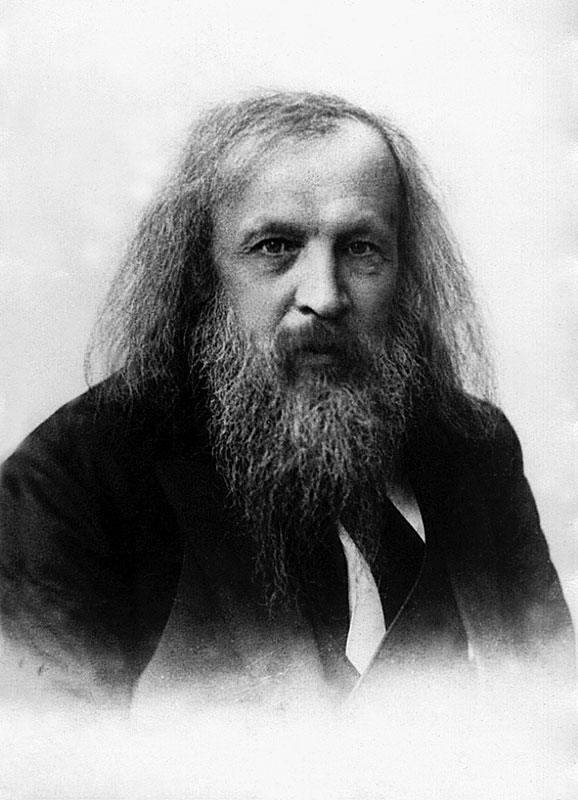 One of the most renowned reformers in Russia at the turn of the 20th century. A graduate of the Novorossiysk University, he majored in Physics and Mathematics but in 1869, he started his successful professional career at the office of Russia’s South-East railway. By 1992, he already was CEO of the Russian Railways, and was appointed Minister of Finance in late 1892. After 11 years in this position, he became the first Chairman of the Committee of Ministers (1903-1906) and later on, Member of the State Council (1906-1915).

An all-around gifted man of outstanding destiny, he was a graduate of St. Petersburg Agricultural Institute (presently St. Petersburg State Forest Technical University) with the degree in agriculture. He began his state career in 1878, at the age of 30, but very soon he got the position of Deputy Minister of Finance. In the early 1890s, he became the right-hand man of S.Yu. Witte (1892-1902) and was appointed to the position of Director of the Department of Trade and Manufacturing. Chair of the Russian Technical Society (1902-1916). After the Revolution of 1917, he became one of the founding fathers of the All-Russian Research Institute of Plant Industry and All-Russian Exhibition Centre of the USSR.

The great Russian scientist who formulated the Periodic Law of chemical elements, he graduated from the St. Petersburg Pedagogical Institute in 1855. His further scientific and teaching activities were connected with Saint-Petersburg University. Despite Lectures and supervision of the laboratory, Mendeleyev carried out great research work. His greatest discovery was the Periodic Law. Starting from 1891, he was in charge of Russia’s Central Board of Weights and Measures; in parallel, he was member of the collegiums of the Ministry of Finance, which helped him to apply his outstanding abilities in the field of economics. 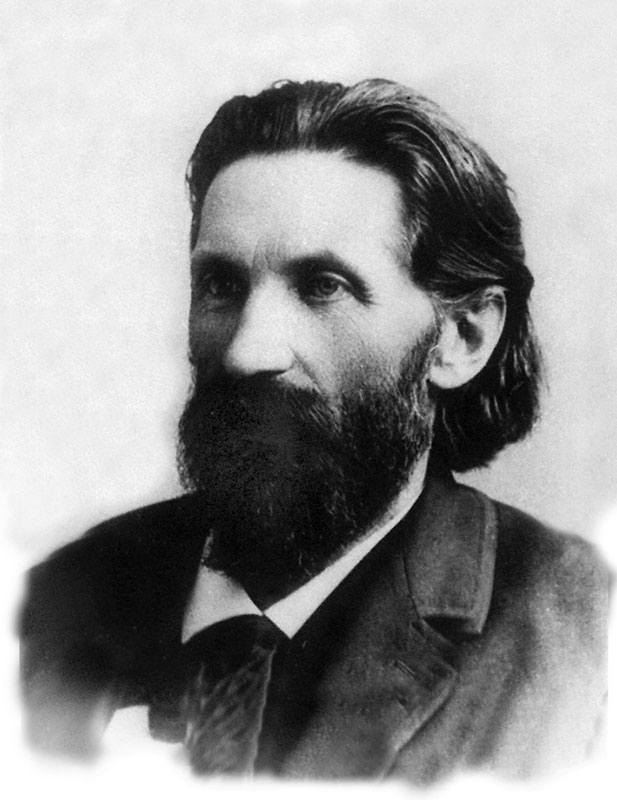 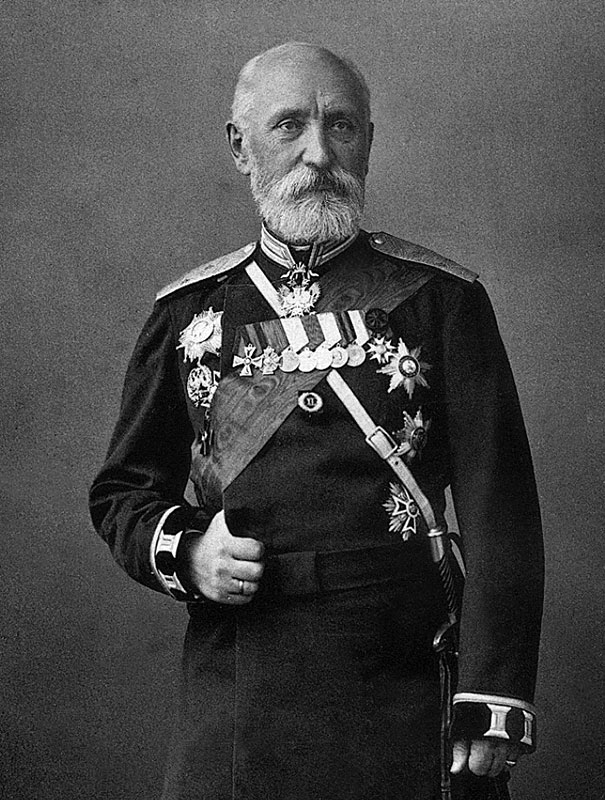 A prominent Russian scholar in mechanics, privy councilor and honored professor, he had served as director of the Kharkov Technologic Institute (1889-1998) and Kyiv St. Petersburg Polytechnic Institute (1989 – 1902). Starting from 1903 and till the end of his life, he had worked at SPbPI; first, as the head of the Building Commission and, later on, lecturing on applied and structural mechanics. He contributed a lot to the formation of Saint-Petersburg school of scientists studying mechanics. At SPbPI he set up laboratories for studying applied mechanics and friction, where he was the first in Russia to use the optical method of stress analysis.

A scientist in the field of applied mechanics, engineer, lieutenant general, Deputy Minister of Transportation, Academician of the Russian Academy of Sciences, he was the founder of the hydrodynamic theory of lubrication, chair of the Russian Technical Society (1896-1902) and member of the State Council.

A descendant of the ancient of Gagarin princely family, he graduated from the department of physics and mathematics of Saint-Petersburg University with a PhD degree (1879). After that he had a served in the military and studied at the Mikhailovskaya Artillery Military Academy (graduated in 1884). Later on, he worked for Saint-Petersburg Arsenal, where his abilities of an inventor got to start. By late 1890s, A.G. Gagarin was one of the best-known specialists in the field of artillery and applied mechanics, author of two inventions named in his honor. At the Nizhny Novgorod Fair (1896) he was awarded with a gold medal for inventing a press for testing materials. At the Paris World Fair (1900), another gold medal was awarded to him for his invention of a round ruler for designing curves.

A.G. Gagarin had shown the best of his administrative skills in the position of the first Director of Saint-Petersburg Polytechnic Institute (1900-1907). His authority in academic circles of a scholar with sterling reputation and vast connections made him the best choice for this position. In the course of the first Russian revolution (1904-1905), he was dismissed from his position by the government despite the strong support and opposition to the governmental order for the part of the Institute’s faculty. He switched to scientific researches, defended a thesis and received the degree of an Adjunct Professor in applied mathematics (1913) which was a degree equal to full professorship of our days. Prince Gagarin continued his service to his motherland. During the First World War, he was appointed governmental inspector at Putilov metal-working plant (1916); did as an artillery expert, he was a permanent member of the Technical Artillery Committee. In his later years, he worked as a chief draughtsman at the Scientific Experimental Institute of the Commissariat (Soviet name for the Ministry) of Transportation in Moscow. After getting permission to live in his former estate, he and his family moved to the village of Kholomky in the Pskov Region (1920). He lectured on mathematics and physics in the newly-opened Pskov Agricultural Technical College. He died on December 22nd, 1920 and buried not far from his family estate.

Name of A.G. Gagarin remains inextricably connected with St. Petersburg St. Petersburg Polytechnic Institute (University) which is a true memorial to this great man and scholar. His memory is gratefully cherished at SPbPU by its students and faculty.