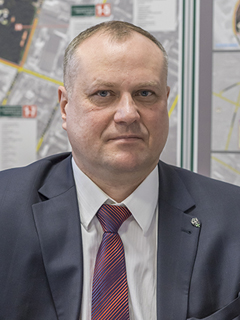 In 1993, Grekov graduated from the Physical and Technical Department of St. Petersburg State Technical University majoring in the Physics of Space.

In 1994 – 2011, he had worked as Technical Director and then Director General at several commercial enterprises of the St. Petersburg construction and design complex.

Since April 2011 till February 2018, he had served as Chief Engineer of FSAEI HE SPbPU.

In February 2018, he was appointed acting vice rector on general services.

In June 2018, he was appointed vice rector on general services.

M.A. Grekov is recipient of the Award of the St. Petersburg Government for outstanding achievements in the field of higher and secondary vocational education.