Nowadays Russian language is in the top ten of the most widely spoken languages. In the modern world about 400 million people speak Russian, and its learning is getting more and more popular: many international students prefer to come to Russia to study Russian. 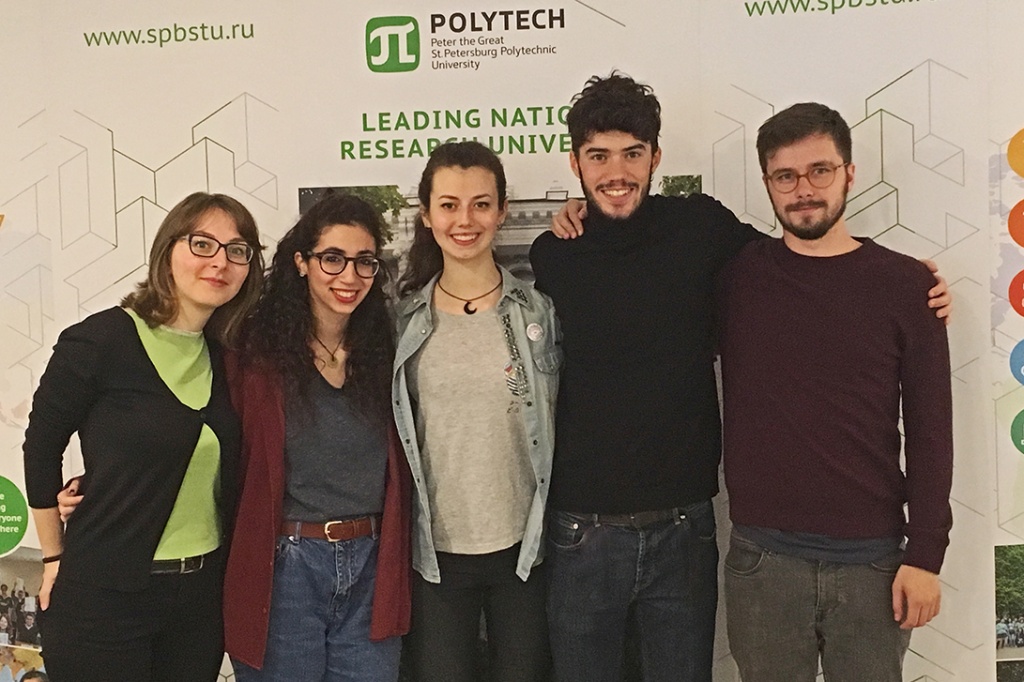 This summer about 200 young people from more than 10 countries came to International Polytechnic Summer School to learn Russian language and culture. Some of them wanted to get some common knowledge; others were interested in business communication. Besides almost all of them joined language clubs, where international students could communicate with native speakers, which helped everyone boost his or her skills.

The reasons why students from foreign countries decided to come to Russia had much in common, but also there were some differences. It is notable that most of them chose Summer School of SPbPU according to their friends and teachers testimonials, and also according to information on the website of the university. 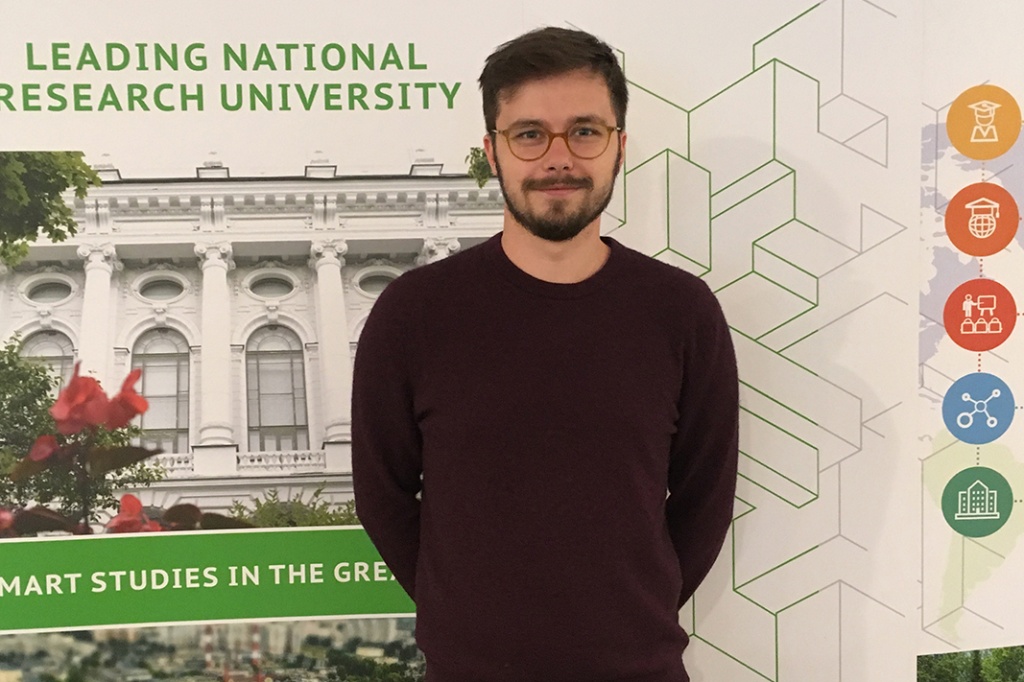 'I found information amount International Polytechnic Summer School from my teachers of my University in Belgium. I have already studied Russian language for five years, and here in St. Petersburg I can have a good practice of my Russian, for example, to improve my grammar. Also I wanted to see St. Petersburg, to walk around its streets, to visit different interesting places. I love Russian classes, and also Business culture class. It was interesting, because there we could learn something about entrepreneurship in Russia. I am sure that I can use this knowledge in my future career', - says Hans Geeroms (Ghent University, Belgium).

'I have always been curious about Russian higher education. Information about International Polytechnic Summer School I found in the Internet: it was number one in the search system, and I was absolutely satisfied with its description. I like Russian language, it is very melodic for me, that is why I came here. In Poland I am studying Power Engineering, and a huge part of Polish energy industry is connected with Russia. So I am sure that in future I’ll use my Russian language knowledge effectively. I preferred educational module Exploring the Russian Heritage, - tells Sebastian Biakek (University of Silesia, Poland).

'It was easier for me to start learning Russian, because my parents are Russians. Here I just wanted to strengthen my reading and writing skills. I have done some Internet research, and I found Summer School in Russia. I think that English knowledge is not enough in the modern world, so I learn another foreign language, because I believe it will help me to make my future career. The life requires to know the second foreign language, let’s be realistic!' - says Tamara Malakhov (Southern Adventist University, the USA)

Not only students come to study to International Polytechnic Summer School: for instance, Ricardo Munoz came from Spain, where he has been working as a translator for many years. 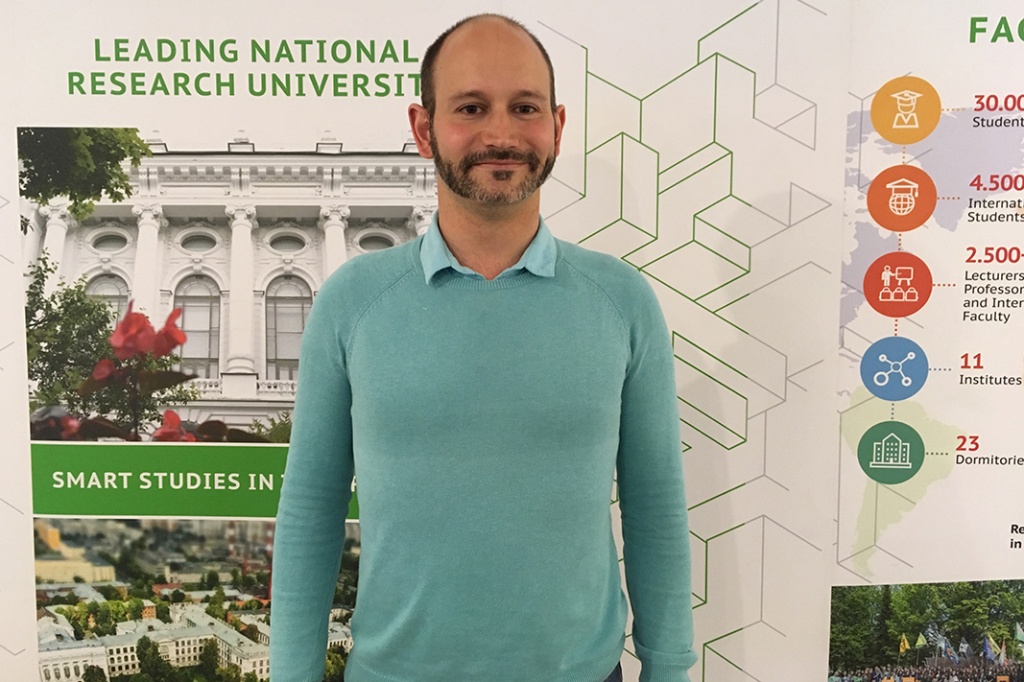 'I have already studied Russian many years ago, and recently like a half a year ago I took a course again and I wanted to improve and to boost my Russian, and at the same time to visit St. Petersburg, so I decided to join International Polytechnic Summer School. I currently work as a translator, I mostly translate from English into Spanish, and sometimes I also have to find some information in other languages. So I think it would be quite useful for me in doing my current job. Here I am focused on a program ‘Speak Russian as a Professional’, but also I had a week of General Russian. I like them both, and I think that they are equally useful for me. ‘Speak Russian as a Professional’ provides me with specific knowledge, with specific terminology and expressions from professional speech, but I think that General Russian course is just as important as Professional Russian course, because if a person wants to speak properly in different fields, he or she has to know it', - supposes Ricardo

The growing interest of foreigners for studying Russian doesn't not go unnoticed by Polytech. Educational programs are regularly adopted to requirements of modern trends. Besides this SPbPU is active beyond Russia. For instance, in September 2017 there was held 'Russian week in Shanghai'. Also in Madrid and Cadiz (Spain) from 27 November till 2 December 2017 there will be held an international educational event 'Open your heart to Russia'. To take part in any of the scheduled events you should fill in the registration form. All detailed information is available via email infocentre.madrid@spbstu.ru.